By now I am sure you have either heard or read about the historic change in relations between the United States and Cuba. In celebration of this long overdue thaw between our two countries, I figured I would blog about the various Cuban palms found growing in my garden. Last time I checked, Cuba had 81 indigenous palm species in 14 genera growing throughout the island. Most of these are found nowhere else in the world. Most Cuban palms are distinctive and highly sought after by palm growers. Another interesting fact about Cuban palms is that most are fan palms (palmate). Outside Cuba or a few other Caribbean countries, I can not think of another place in the world that has more palmate trees then pinnate ones.

I will start my post off with my favorite genus of Cuban palms – Copernicia. I currently grow three species from the genus but only two are endemic to Cuba. First up is easily one of the most magnificent palms in the entire world – Copernicia fallaensis. This stately palm is now critically endangered in its natural range but can be found growing in many gardens outside Cuba (seldom in Southern California). It is very slow growing when attempted from seed or planted at seedling size in California. I was lucky enough to get a jump-start on growth, as I purchased a 25-gallon-sized plant in 2007. This is what it looks like today. 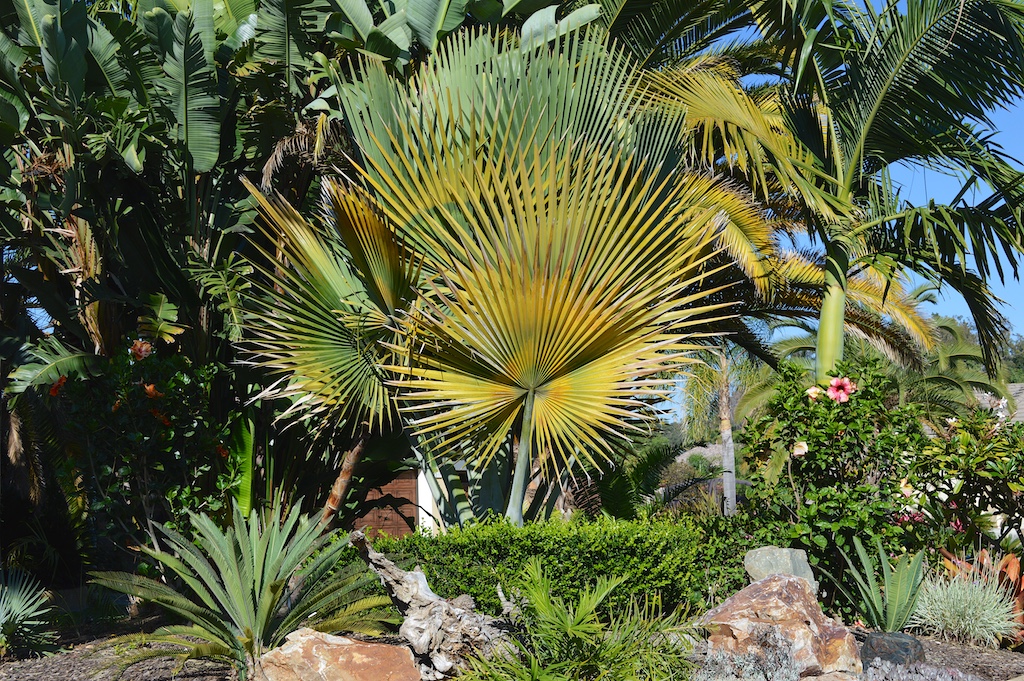 I have been personally told by a few palm lovers that have had the opportunity to travel to Cuba and see Copernicia fallaensis in the wild that it is one of the most impressive sights in the palm world. It is the largest of all the endemic Cuban palms, so my palm is just a baby. I have found my Copernicia fallaensis to be a fairly easy grow as long as you provide it with copious amounts of water and fertilizer. You can see in the photos that mine had been suffering from potassium deficiency. After regular treatments with SulPoMag, the newest leaves coming out are healthy once again. 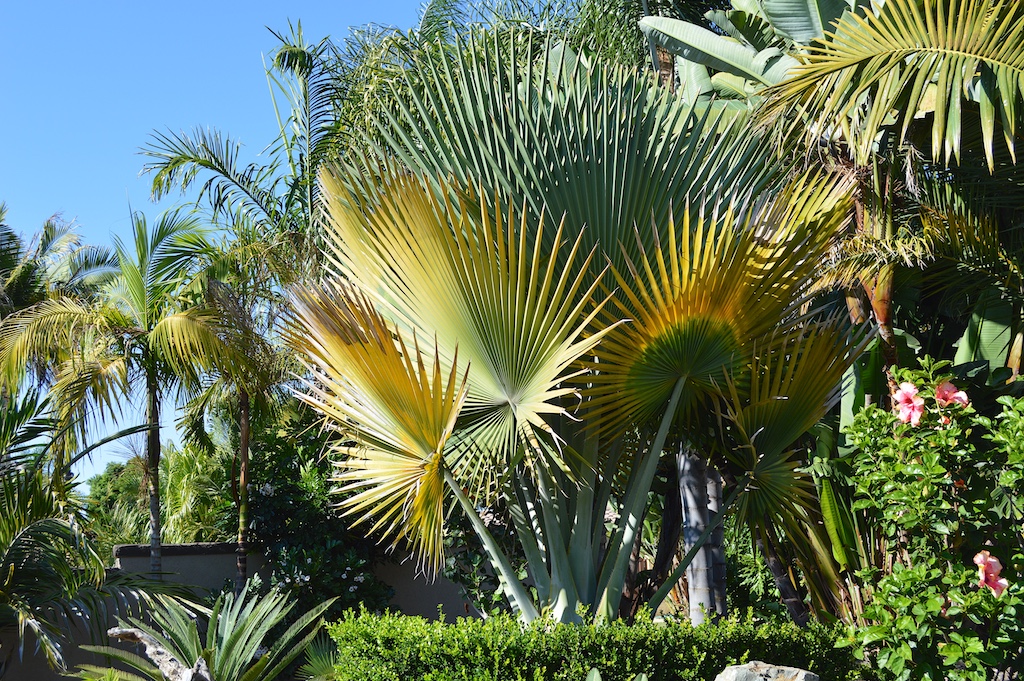 Like all Copernicia, you must watch for spines when working around it. 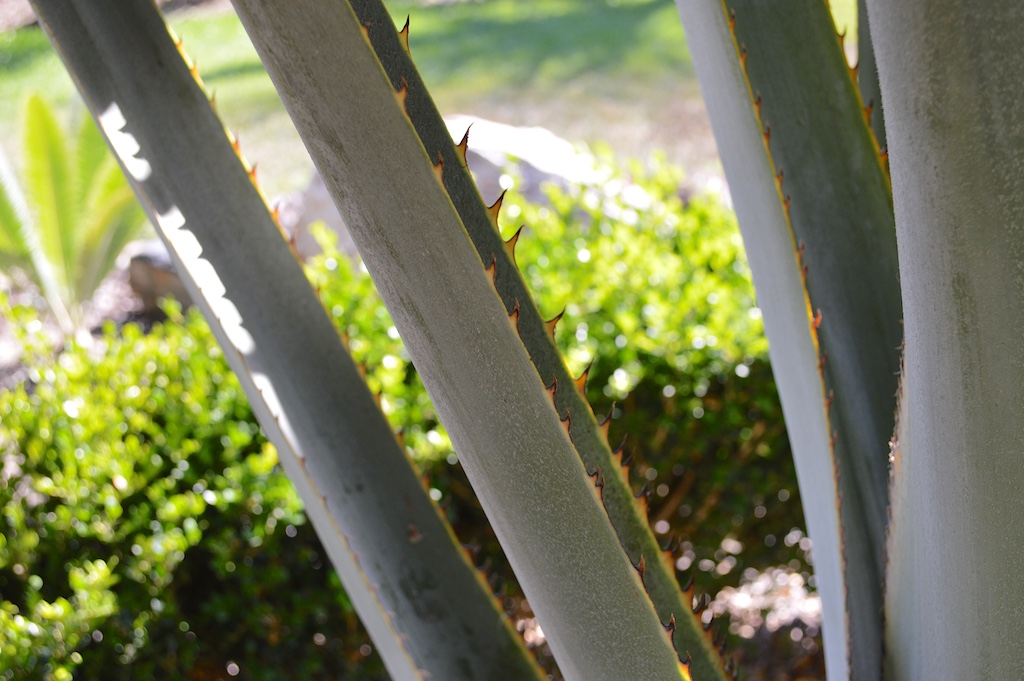 Copernicia rigida is quite a distinctive palm with its stiff, erect leaves and usual shuttlecock appearance. Copernicia rigida has been a very slow-growing palm in my garden and because of its usual look, many people are surprised when I tell them that it is a palm tree. 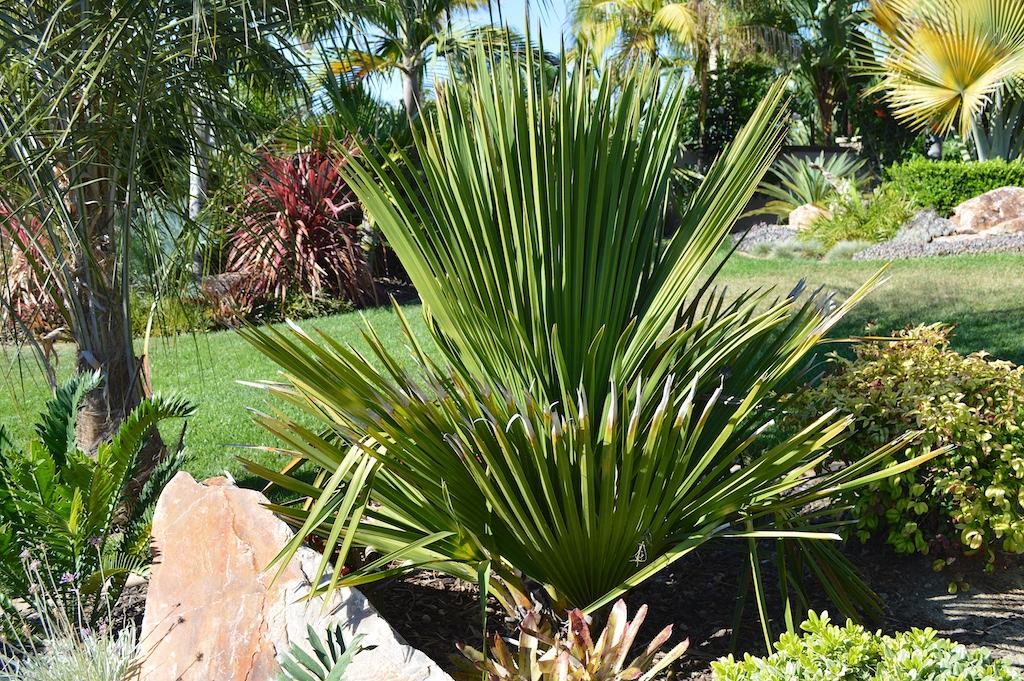 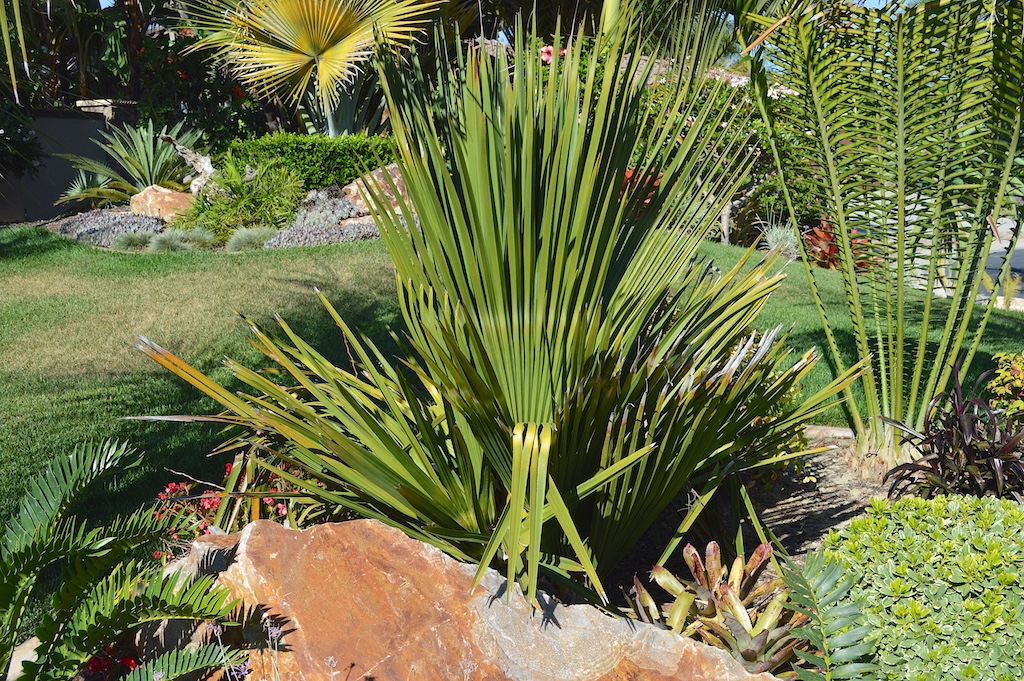 The only pinnate leaf Cuban palm I grow is the Cuban Royal Palm (Roystonea regia). They are one of the few palms native to Cuba that are also found elsewhere. Roystonea regia is also native to other parts of the Caribbean as well as southern Florida, Mexico, and parts of Central America. The Cuban Royal Palm is the national tree of Cuba and so it is featured in the national coat of arms 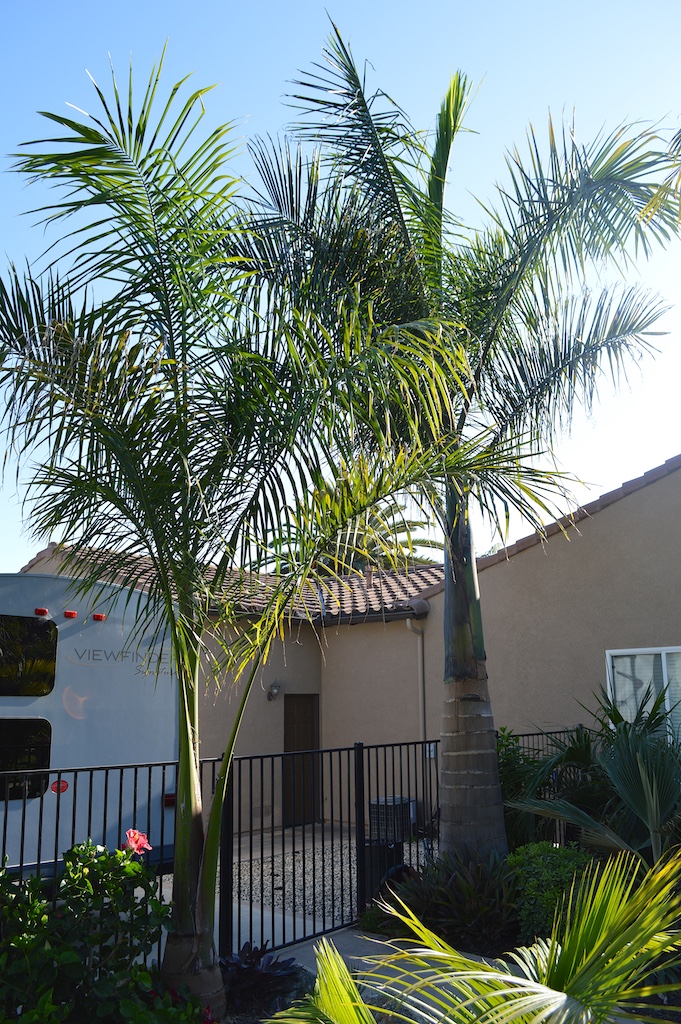 Roystonea regia grows well in frost-protected areas of Southern California. However, it is not a palm for drought-conscious gardens. They need a lot of water to satisfy a trunk like the one shown below. Sorry I didn’t have a Cuban beer handy for scale.

The Old Man Palm (Coccothrinax crinita) is one of my favorite palms growing in my garden. Endemic to Cuba, The Old Man Palm gets its name from the brown-colored hairs that cover its trunk, which in a way resemble an old man’s beard. 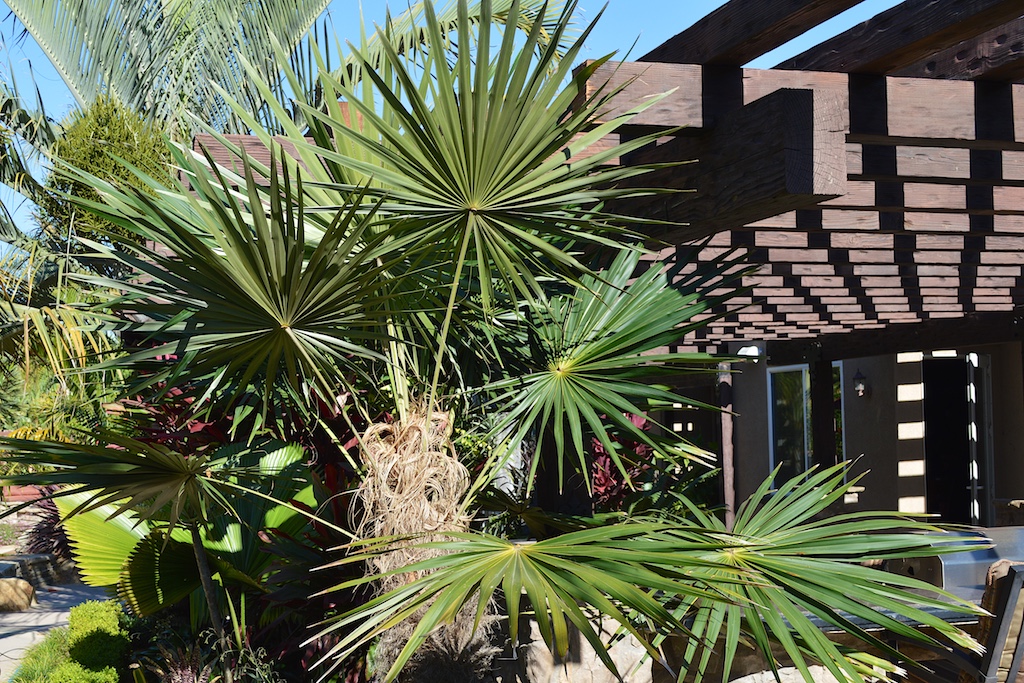 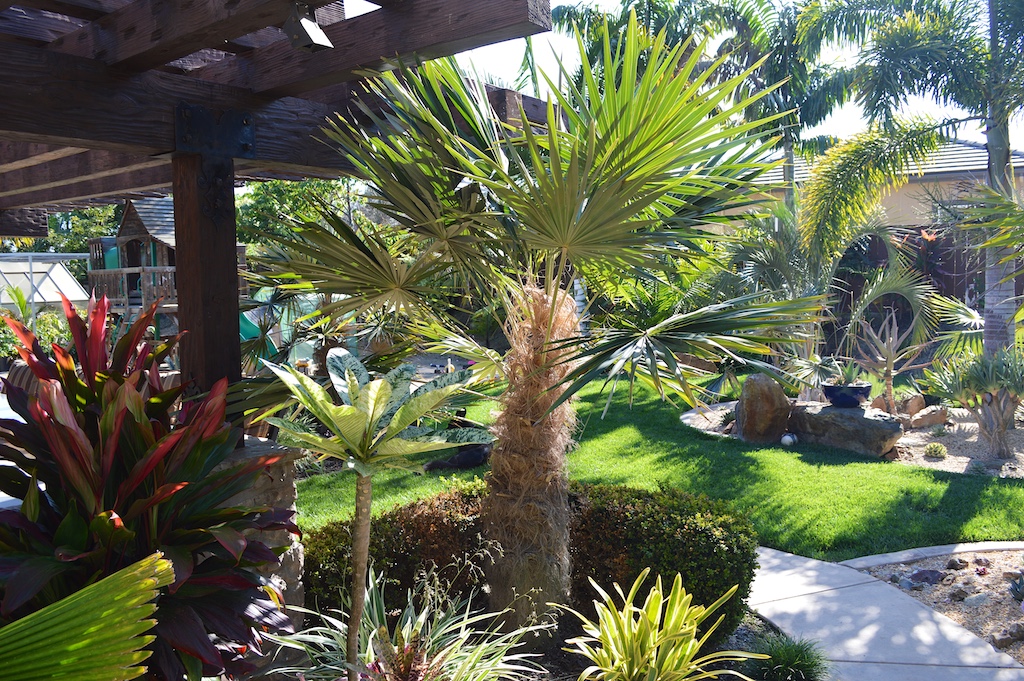 Early on in its life Coccothrinax crinita is a slow-growing palm tree here in Southern California, especially if you are starting from seed or a small seedling. It might take decades to get a nice trunking palm in California. Growth really picks up as the plant reaches trunking size, however. Back in 2007 I was lucky enough to acquire two large specimens for my yard. They have grown well since and have even flowered. 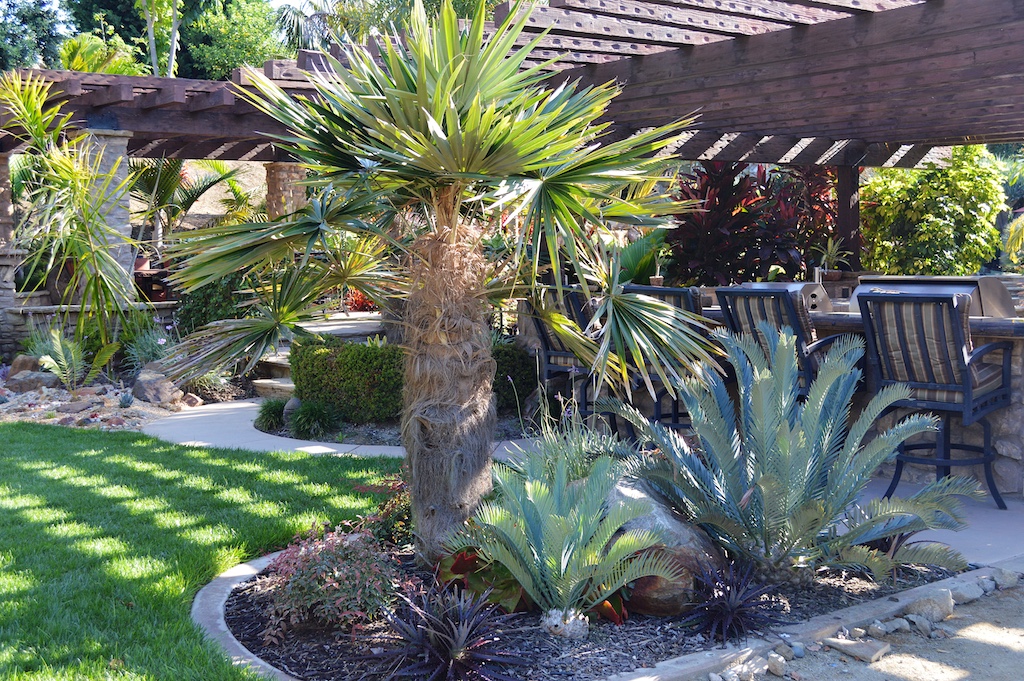 The Miraguama Thatch Palm (Coccothrinax miraguama) is likely the most commonly planted Coccothrinax in Southern California gardens. It is an easy grow and has a good deal of cold tolerance. It can be found growing in USDA Zone 9b locations in California. Each leaf is partially divided and very stiff, being green above and silvery on the underside. 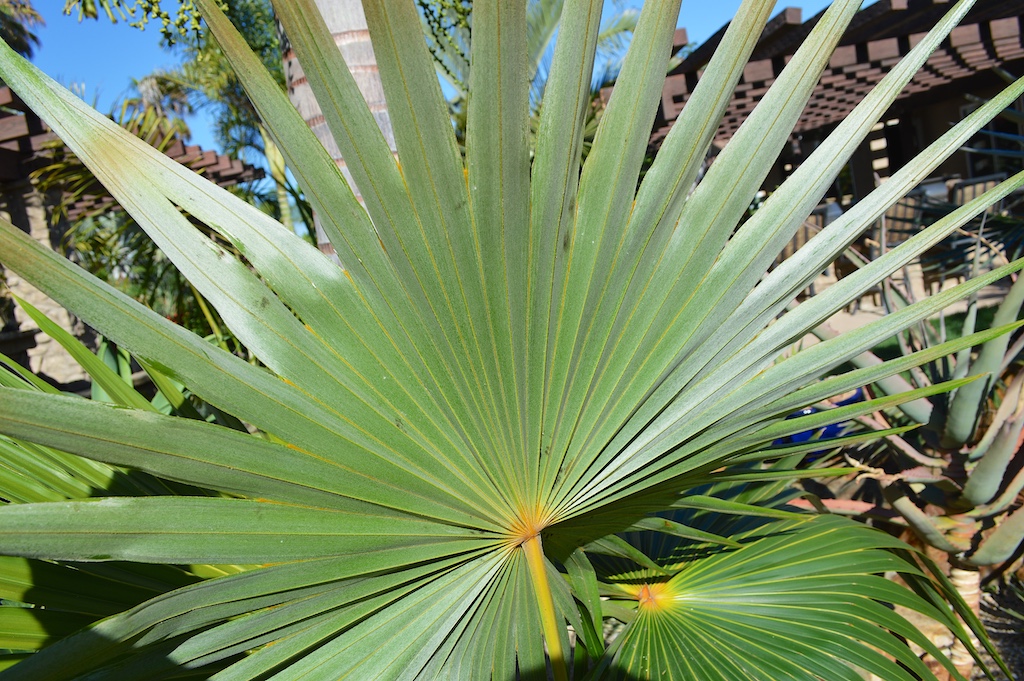 There are four subspecies of Coccothrinax miraguama but I have no idea which mine is. Still small, it is really beginning to pick up speed. The bigger it gets the more it looks like it might actually be Coccothrinax argentea. Another common Coccothrinax, but from Hispaniola, not Cuba. 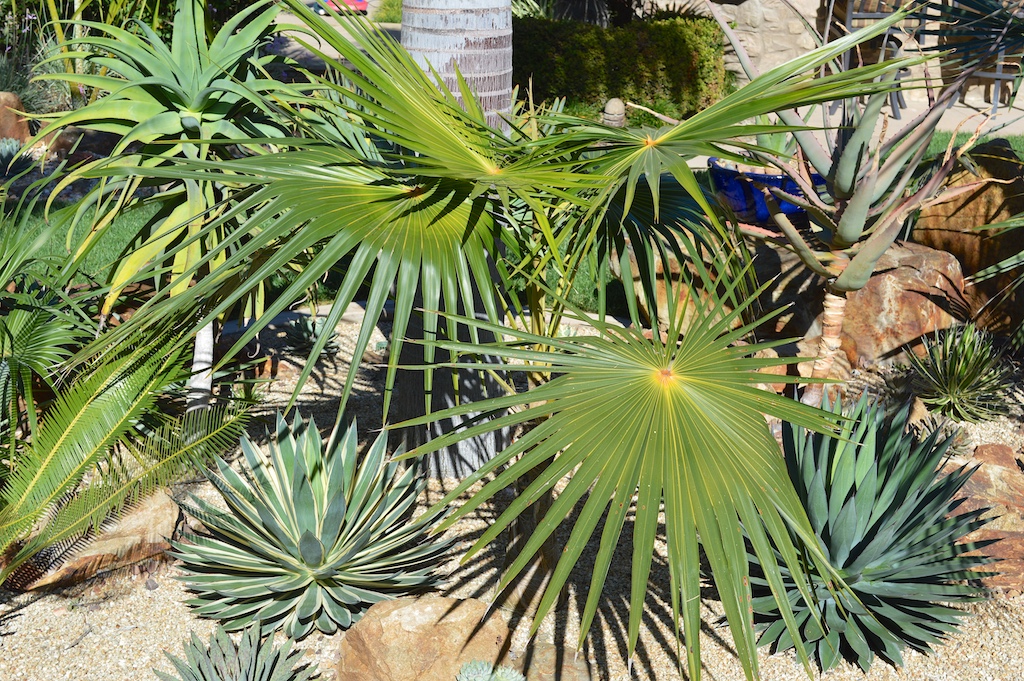 What makes Coccothrinax “Azul” unique is the very shiny, silvery underside of the leaf with a bluish, waxy appearance above. When you see mature palms in the wild, they also glow in the landscape. Here in my garden the waxy topside is much less prominent. I hope this will continue to develop with age. 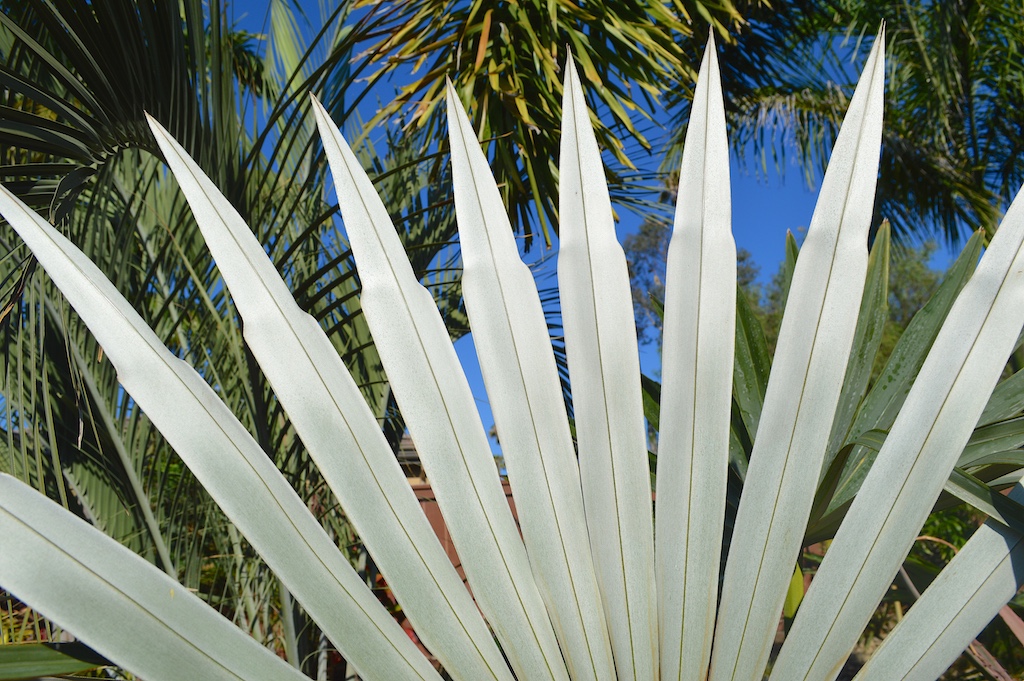 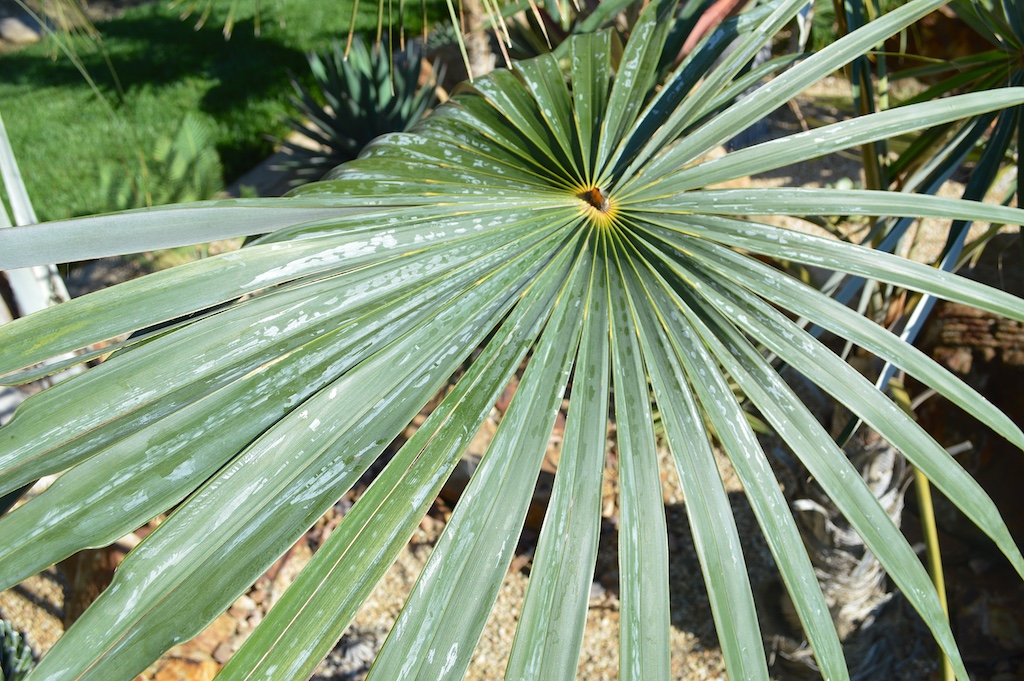 Lastly, my Cork Palm (Microcycas calocoma). This plant is actually not a palm tree at all, but rather a cycad. And frankly I have never heard it called the “Cork Palm” around here. However, in wanting to give readers a common name, this is what I found. Microcycas is a monotypic genus and the only one in the cycad world. So this alone should tell you Microcycas calocoma is indeed an oddball and the reason I wanted to add this to the post. Microcycas calocoma is also one of the tallest growing cycads in the world. Once an extremely rare and hard-to-acquire plant, in recent years seed has become more readily available. While this plant can grow in the better microclimates of Southern California, it is still not an easy cycad to cultivate. 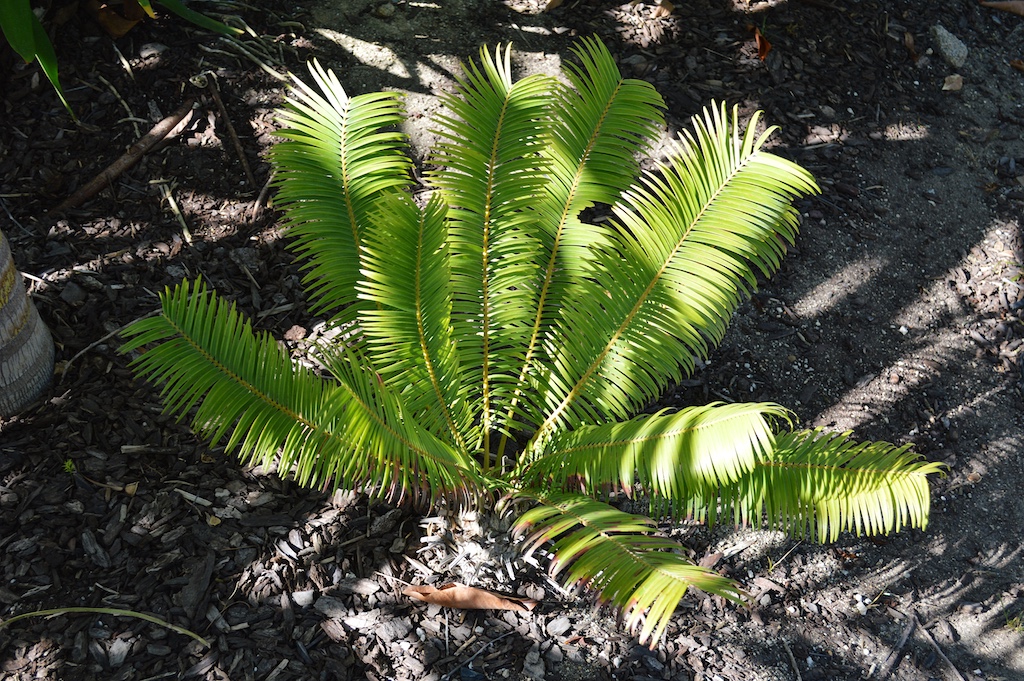 The general consensus amongst Mediterranean climate palm gardeners is that most Cuban palms are tough, pest-resistant, and can also handle long periods of limited water. Outside some of the large Copernicias, Cuban palms tend to be medium sized and won’t take up a lot of room in your garden. Also, because most are fan palms, I find them to be the perfect choice for providing contrast to break up a feather palm-dominated landscape.