Back in April of last year I wrote a post about a custom potting soil mix that I have been using for about seven years now. I was even so bold as to call it the “perfect” mix. Of course you can’t make those types of claims without some proof, right? So in that post last year I mentioned I would be running a potting soil experiment in conjunction to support my claims. Now is time to share the results.

To recap, the custom potting soil blend combines two 1-cubic-foot bags of FoxFarm Light Warrior, one 1.5-cubic-foot bag of FoxFarm Ocean Forest and one 1.5-cubic-foot bag of E.B. Stone Cactus Mix. The blend for this potting soil experiment is not cheap, but it is packed with tons of goodies. The mix includes such things as fir bark, sphagnum peat moss, lava rock, sand, redwood compost, mushroom compost, earthworm castings, bat guano, sea-going fish and crab meal, humid acid, plus Mycorrhizae and beneficial bacteria. What plant wouldn’t want to grow in that?

To run the experiment I chose three different plant types which were equally divided into an experiment group and control group. The experiment group plants were potted into my custom potting soil while the control group was planted into Miracle-Gro Moisture Control Potting Mix. All plants were given the same amount of light, water and fertilizer. The only difference was the potting soil they would be cultivated in.

The first plant type in the experiment was a flowering tropical tree called Radermachera ignea. Some of you might recall a prior blog post about these rare plants. It was from that seed I germinated that I ended up with these six plants below. 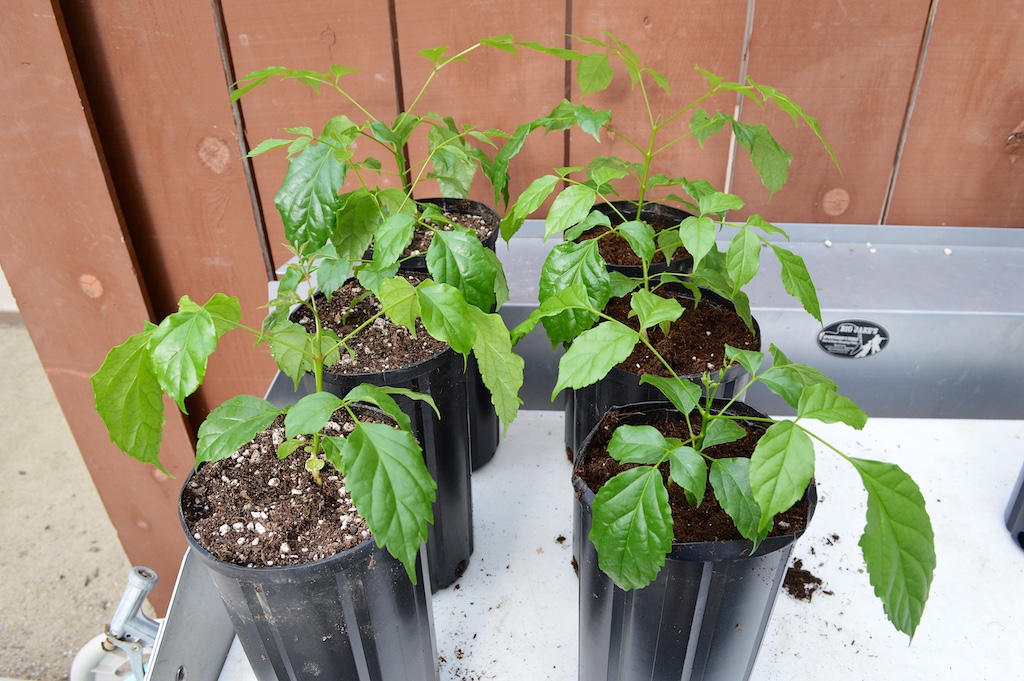 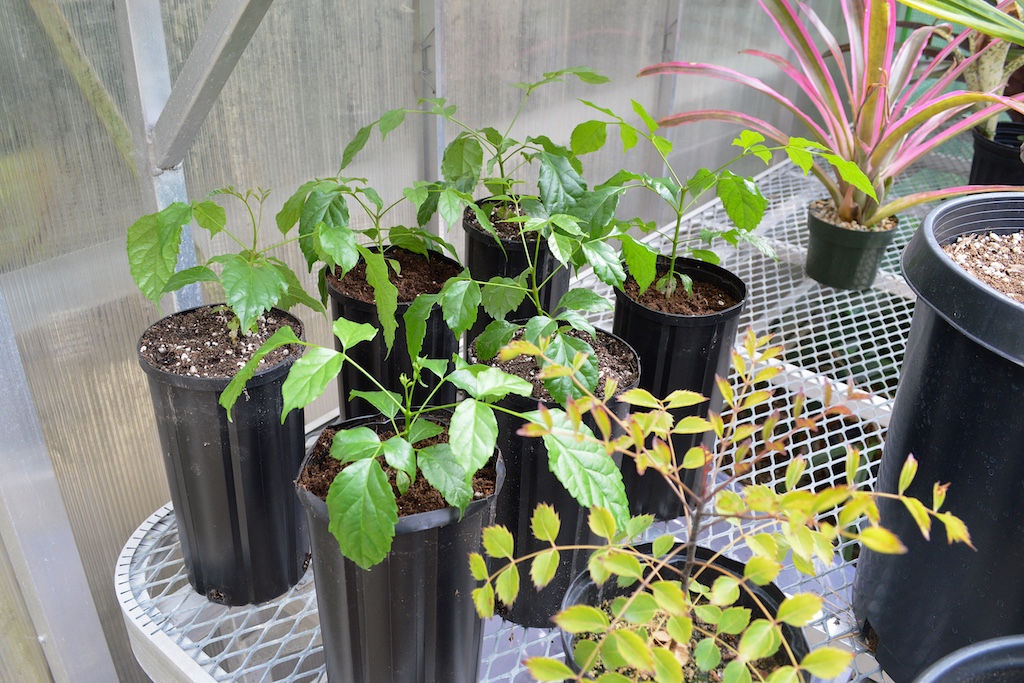 The second type of plant used was a fairly slow-growing palm tree from Madagascar called Dypsis onilahensis. I used another palm tree called Lytocaryum weddellianum for the third type of plant in this potting soil experiment. Both species of palm trees were germinated from seed that came off plants in my garden. I had a total of four Dypsis onilahensis and two Lytocaryum weddellianum from which to work. 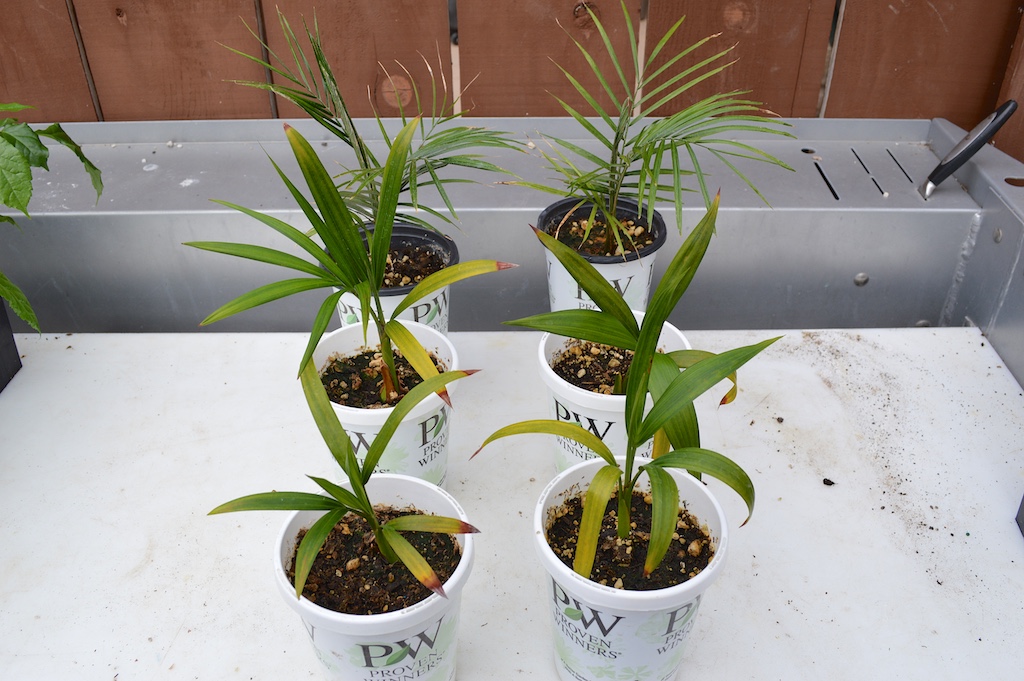 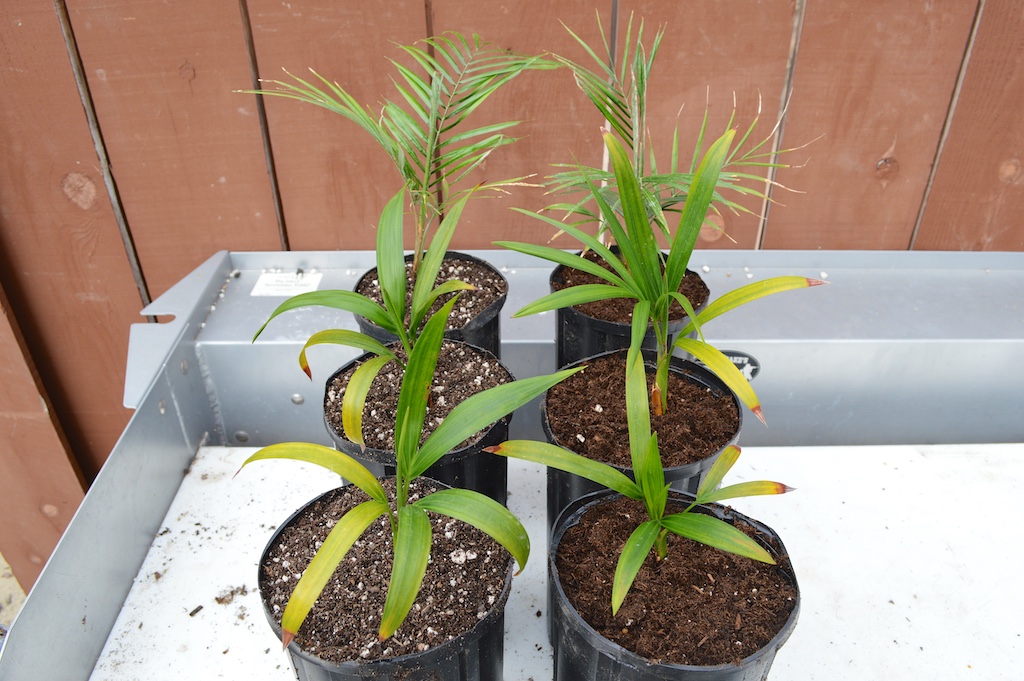 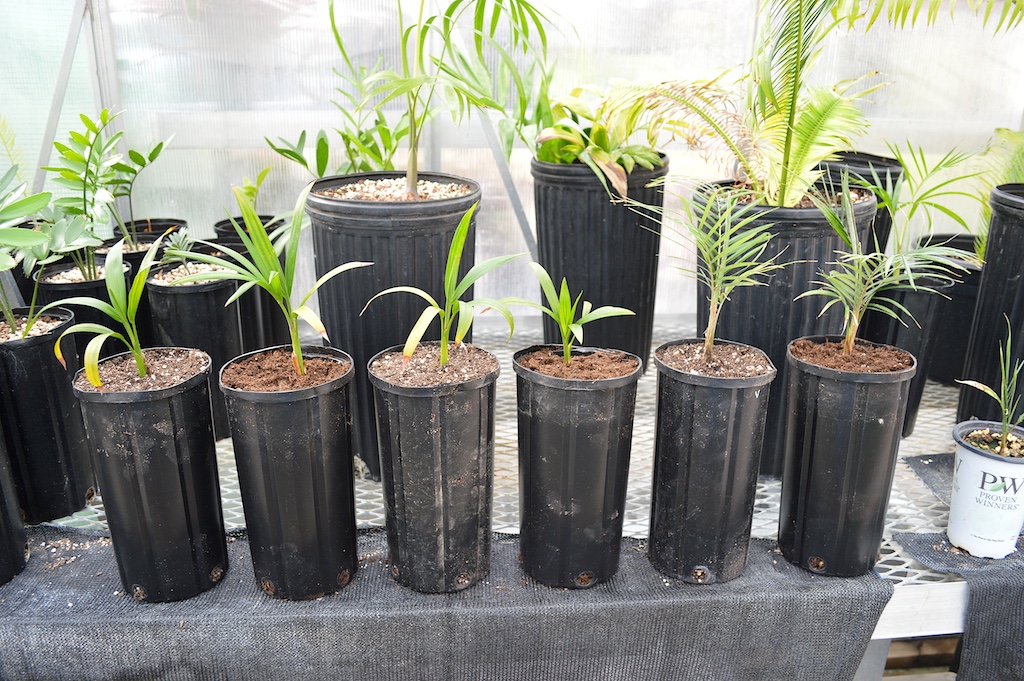 By February of this year I realized that I had better document the results on the Radermachera ignea. For the best results comparison I should have stopped this experiment at the end of December 2014. The smaller plants actually started to catch up to the larger plants because they had become root bound. So on February 12th of this year I took the remaining plants out of the greenhouse to take photos of the growth. You will notice I said “remaining,” and in the photos below you will see only a total of four Radermachera ignea instead of the six I started with. One of the issues with having so many close friends in the plant world is that they like to pester you to trade them for cool, rare plants they do not have in their own collection. Radermachera ignea is classified as a cool, rare plant here in Southern California. The largest of the bunch (which turned out to be grown in my custom mix) ended up going to a good friend of mine that gave me these palms a while back. The runt of the litter (which happened to be growing in the Miracle-Gro) was shipped to Florida. 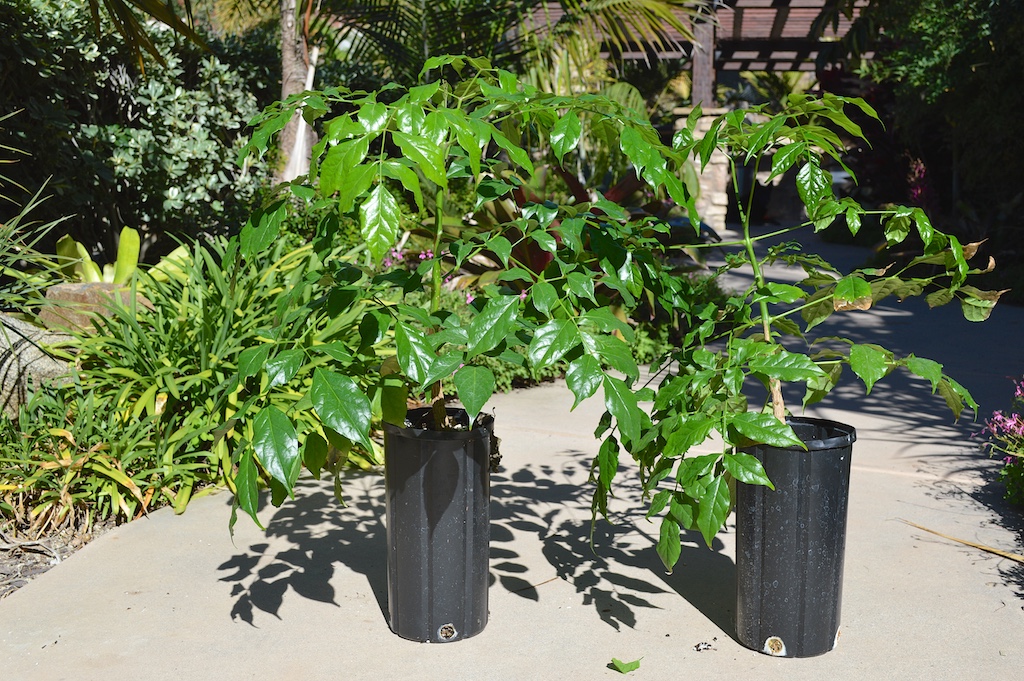 This comparison again has a Miracle-Gro plant on the right and the custom mix plant on the left. However, in this case I took the largest and the smallest plant of all four just to give you an idea of growth difference. 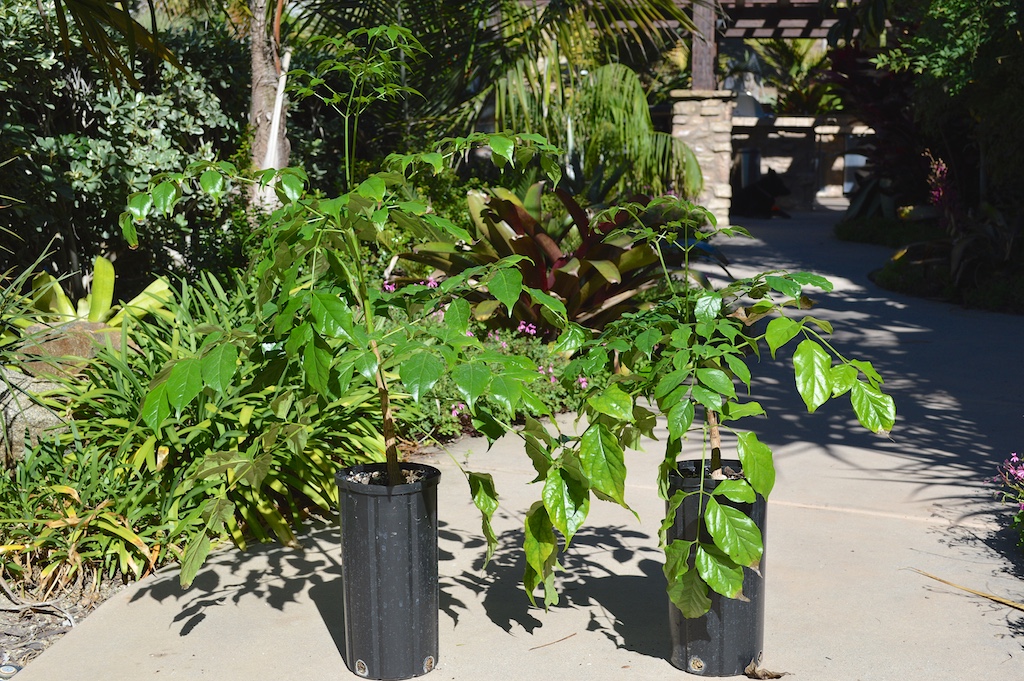 The plants that showed the greatest differences in the results were the two Lytocaryum weddellianum. These palms are slow growers, so to see a size difference as great as in the photo below really proves what a good, quality potting mix can do. The palm on the right, which was planted in my custom mix, is not only larger, but it also has no leaf-tip burn like found in the palm that was potted in the Miracle-Gro.

The Dypsis onilahensis showed promising results in favor of my custom mix as well. The two palms on the right were in the custom FoxFarm mix and the two on the left were in the Miracle-Gro mix. Just as with the Lytocaryum weddellianum above, the palms growing in the custom mix I was testing showed not only greater growth, but better overall health. The plants in the Miracle-Gro were very hard to keep green, as you can see below. 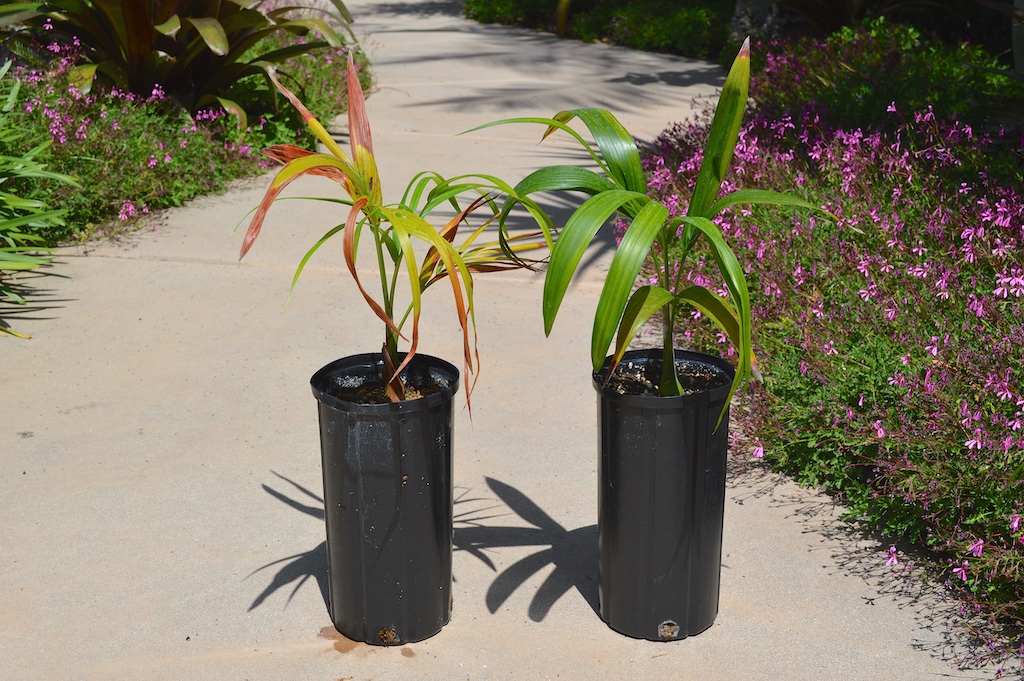 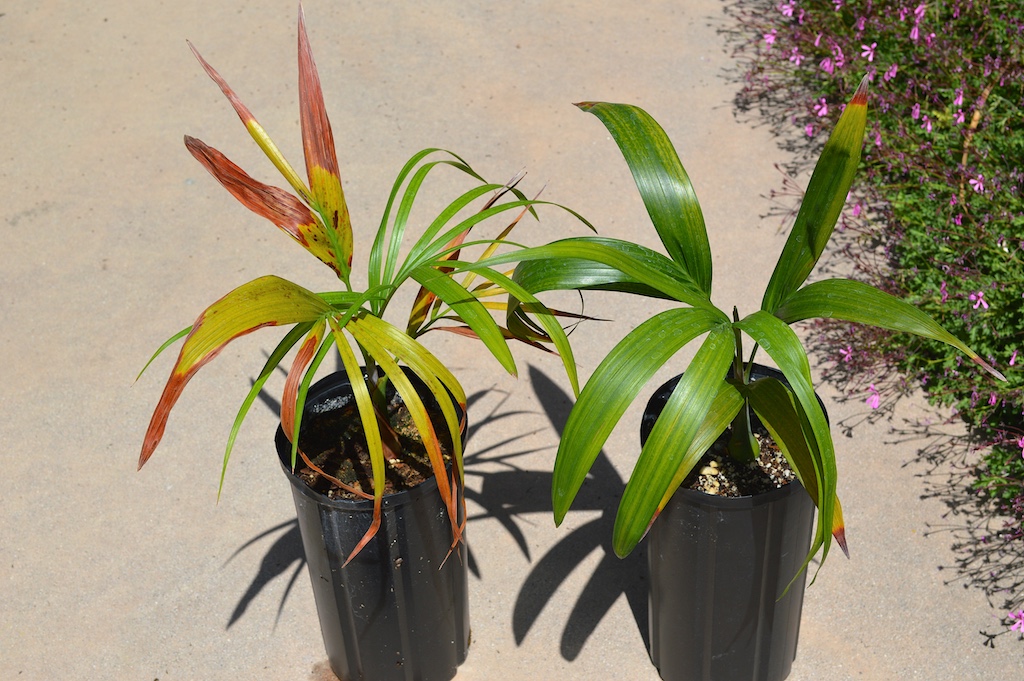 In this second comparison we see the smallest of the two Miracle-Gro palms on the left and the largest of the two custom blend plants on the right. 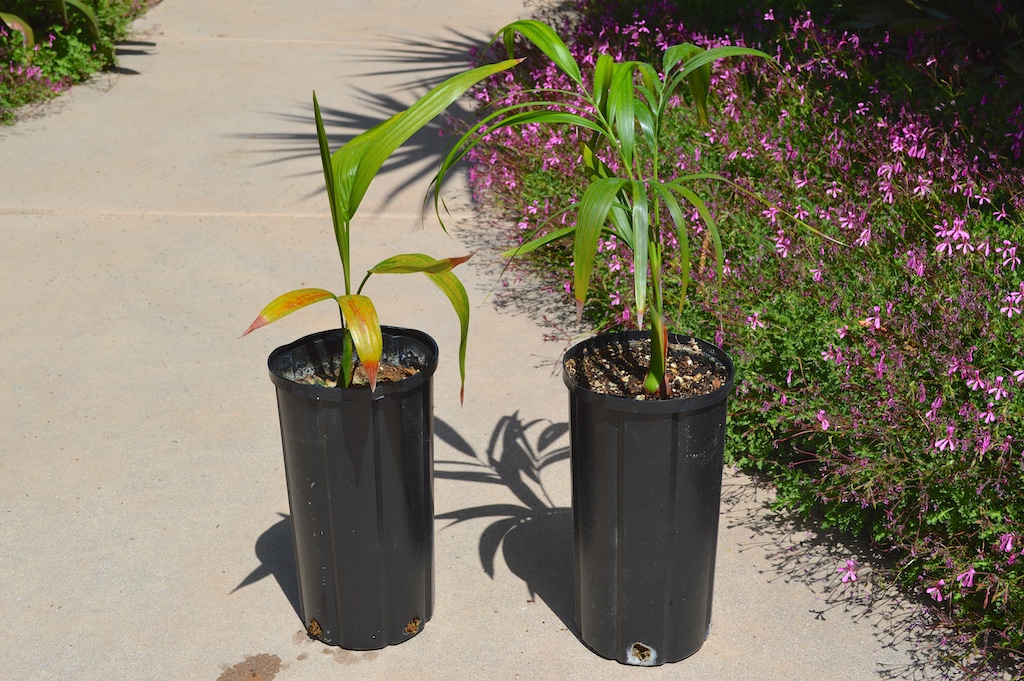 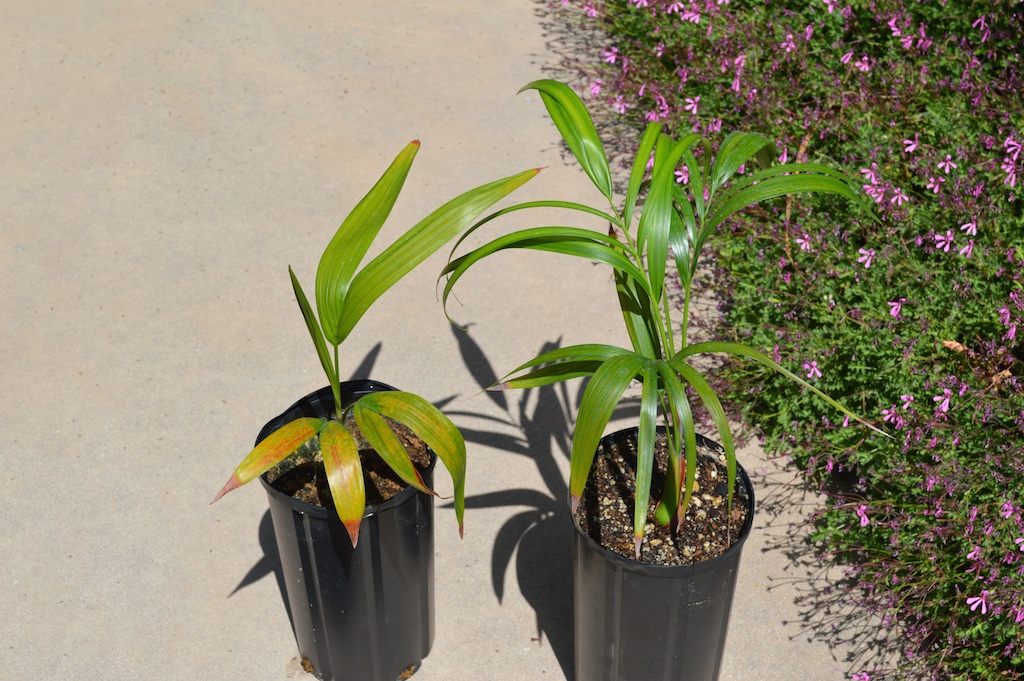 Arguably the most important factor in plant growth and overall health of course comes from a large, strong root system. Something that I have noticed when talking to many hobby growers is that they are much too focused on what is happening up top and simply forget to think about the importance of what is going on below. I can say with 100% accuracy that anytime I have shared this custom blend with people in the past, to a person those who have provided feedback have pointed out the noticeable difference in root size when using my mix. This custom mix drains well, doesn’t compact and won’t break down quickly. Roots love it, as you will see in the results below. 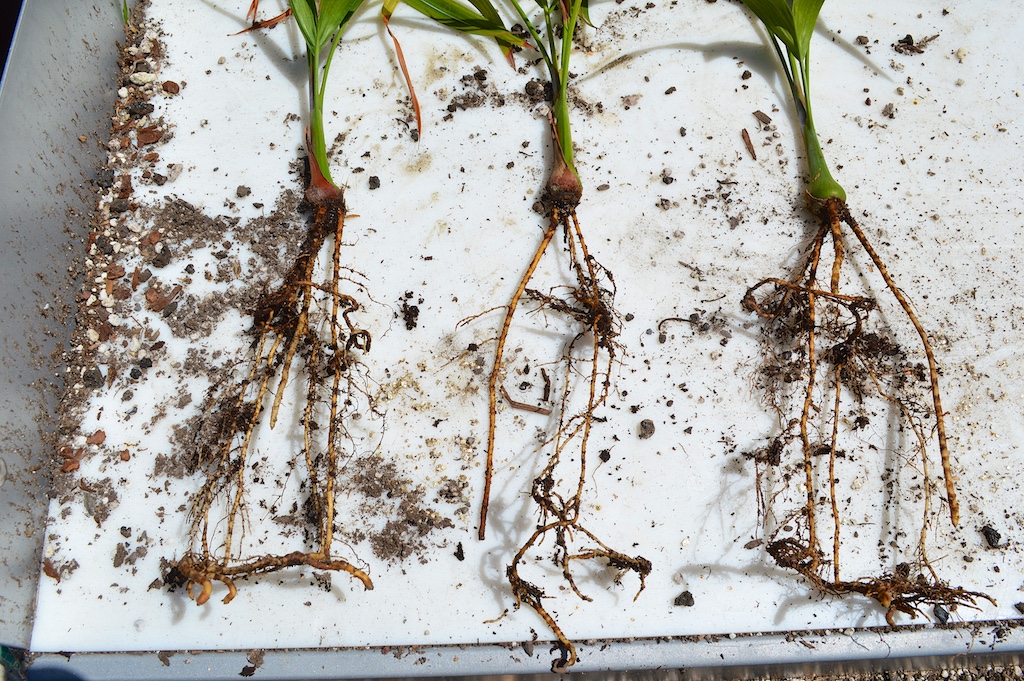 One of the reasons I decided to run this potting soil experiment was because there are so many gardeners that still believe that any brand name potting mix will do fine for what they grow. A quick trip to Home Depot or Lowe’s and they are ready to pot up their plants. Maybe it does work fine, but for me, my plants are my babies and I want the best for them. Hopefully these results convince these types of people to do a little research before they buy their next potting soil. There are many high-quality potting mixes carefully formulated for your specific needs. If you get to a level where you still are not happy, give my blend a try. Or work on creating your own!

In closing I want to be fair to Miracle-Gro. A more accurate test while growing the palms in the experiment could have been done using their Miracle-Gro Cactus, Palm and Citrus Potting Mix and comparing the results. But the purpose of the experiment was not to compare palm-specific mixes but rather to test a broad-spectrum mix that can be used for many different types of plants. I actually use the same custom FoxFarm blend on all my hibiscus, flowering perennials, flowering tropical trees and even palm trees. I simply cut my custom blend with 25-50% pumice to create my custom cactus and cycad mixes.