I can’t believe it has been one year already since I wrote my first blog entry. Many readers who follow the blog won’t know that most everything I wrote this year didn’t actually go live right away. I had been writing for just myself and to build up some content before making everything available online. It wasn’t until quite recently that the site was turned on for all to read and that the pressure to hit those self-imposed deadlines was on. I have no regrets and I am glad I did it this way. It turned out to be a great way to learn a thing or two before going live. In essence I was able to avoid the OJT (on-the-job training) mistakes most bloggers experience. A little patience paid off.

In closing out my first year in review I figured I would share some learning points and also some experiences that other people thinking about blogging hopefully find valuable. Reading posts like these proved worthwhile to me, so maybe one or two things I write here will help someone as well.

Professional Web Design: Once I knew I was going to fully commit to becoming a blogger (that still sounds weird) I decided I would want a WordPress site developed. 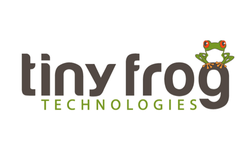 I already knew as well that I didn’t want to host it on a network like Blogger. I was going for professional—I wanted my own domain name and my own custom WordPress theme. For many years now I have used Elance with great success on other web projects. So it was there that I bid out my first Married to Plants web design proposal and I did so with a small budget. The design was great and would have been perfect for most people to stick with. However, about 8 months into adding content I felt it just wasn’t where I needed it to be. I realized if I wanted to grow this thing, it needed to look the part. So I decided to invest a few thousand dollars into a completely new design. After a month of research I hired a local company that had years of experience building quality WordPress websites. I chose Tiny Frog Technologies.

I believe the results speak for themselves. The site is simple, yet attractive. It doesn’t have too much going on, which can tire the eyes and make it hard for the reader to follow. Sometimes simple is best. And many blogs don’t seem to get that. It can be maddening trying to read some blogs. What do you guys think of the design?

Always Bring a Camera and Take Notes:  Five months into my venture I had

a full content calendar with plenty of blog post ideas. So when a trip to the annual International Palm Society board of directors meeting came up, I didn’t even consider bringing my camera or computer. Even though it was just a quick weekend stop for me to attend the meeting in Miami, I grasped right away when I got there that I made a mistake. Once back home I realized it was an even bigger mistake, as I actually saw some amazing stuff that would have made for great blog posts on Married to Plants.

After that error in judgement back in May, I never left anywhere without my camera. I also downloaded some tools on my iPhone and iPad to help jot down ideas and take notes for future blog posts. I guess the learning point is that a great blog post can happen at anytime. Be prepared.

Buy a laptop: Early on I had this crazy idea that I could use an iPad to work on photos, write content and maintain my blog. The idea was that while home I would use my iMac and when traveling I planned on using the iPad to fill in.

This didn’t work out. The iPad is terrible for typing, doesn’t have the ability to use advanced photo editing software and personally I find WordPress sucks to use on an iPad. After a few short months I knew I would have to buy a laptop if I was going to be serious about keeping my weekly blog post schedule while I traveled.

Since I’m what some might call an “Apple Fanboy” I really didn’t consider anything else other than an Apple laptop. The only decision to be made was whether to go with the MacBook Air or the more powerful MacBook Pro. After a week of research I chose the 13-inch MacBook Pro, as I preferred more CPU and RAM over weight. The laptop worked perfectly on my three-week trip to Myanmar.

Use a Calendar to Manage Posts: The first six months of blogging I thought it was simple enough. Just write the post. Publish it on Wednesdays

. Easy enough. As time went on, various things would come up and I would find myself either getting behind or forgetting what future post I wanted to do. Organizing solely from the head wasn’t so easy after all. To alleviate the problems I did research and found a great plugin to help manage my WordPress blog schedule. It is called Editorial Calendar.  The two features I found most valuable were being able to drag and drop to change my post dates from the calendar. The second was being able to see all of my posts and when they’ll be posted, right from a calendar. This plugin has made managing and planning so much easier. It is highly recommended.

So there you have it, the four biggest things I took away from my first year in review. There were quite a few other things as well, as it is impossible to not pick up something new with each post you write. Like gardening, blogging is a never-ending learning process. In reading some of my favorite garden blogs, I realize I still have so much more to learn and even more to do to get to their levels.