When you have an acre that is pretty much landscaped to its entirety in suburbia, you are bound to get a few unwanted animal guests. Most come and go without any issues. However, some just don’t know how to be a good neighbor. Raccoons always seem to make the list of terrible guests in my garden. From ripping up my lawn, to digging out freshly planted seedlings to get at grubs, to finding and tearing open koi food, to knocking over trashcans, to leaving claw marks on palm trunks as they use them as a pole to climb in and out of my garden—raccoons are a real nuisance. So I must trap a pesky raccoon or two on a yearly basis.

Yes, I understand the regulations in California on trapping and moving raccoons. Unfortunately, I am left with a conundrum. To leave them and let them rule the night, hire a trapper to come and kill them, or do what I choose to do—capture them and relocate them to a nature preserve. I kill gophers. I won’t kill a raccoon. But I won’t let one run willy-nilly in my yard either.

One of this guy’s specialties was chewing through locked tupperware to eat and scatter koi food everywhere. This guy had to go. It took a few nights, but the temptation of bacon and tuna was too much for him. 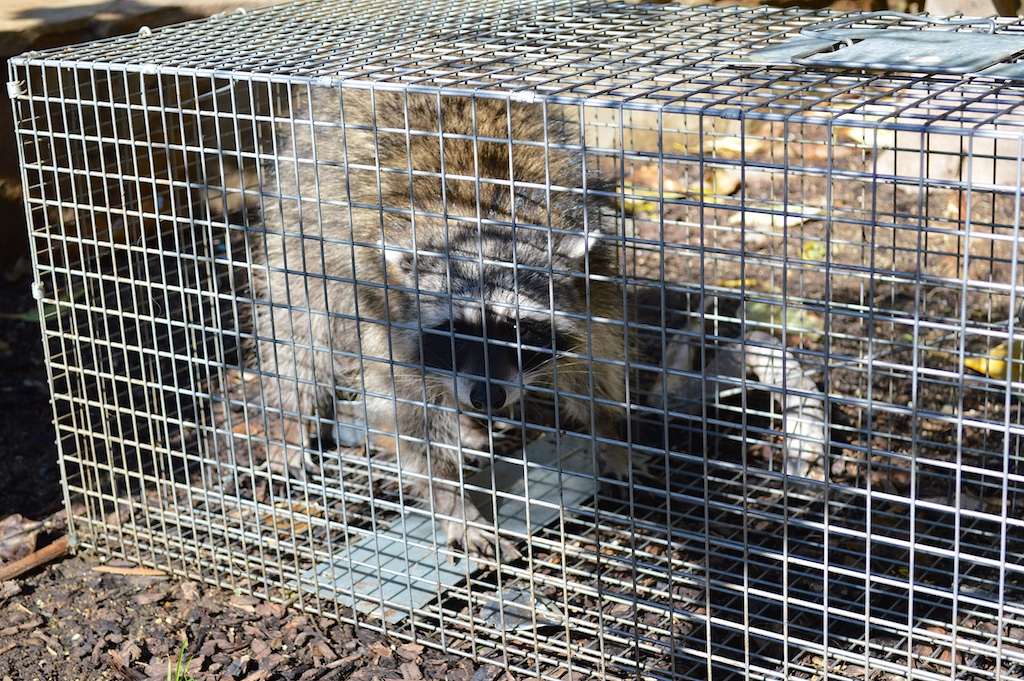 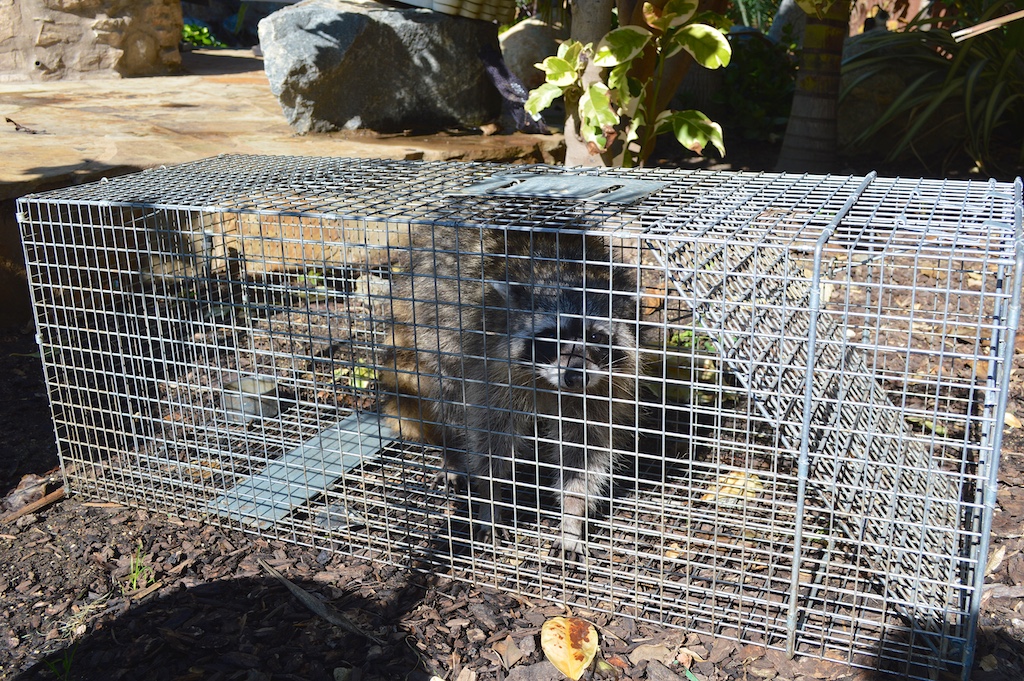 Anyone who has captured a raccoon knows that they are aggressive little buggers. Extremely fierce for their small size. This guy would ram himself against the cage to try and bite my fingers when moving him. The wheelbarrow was a necessity to get him from the backyard to the truck. 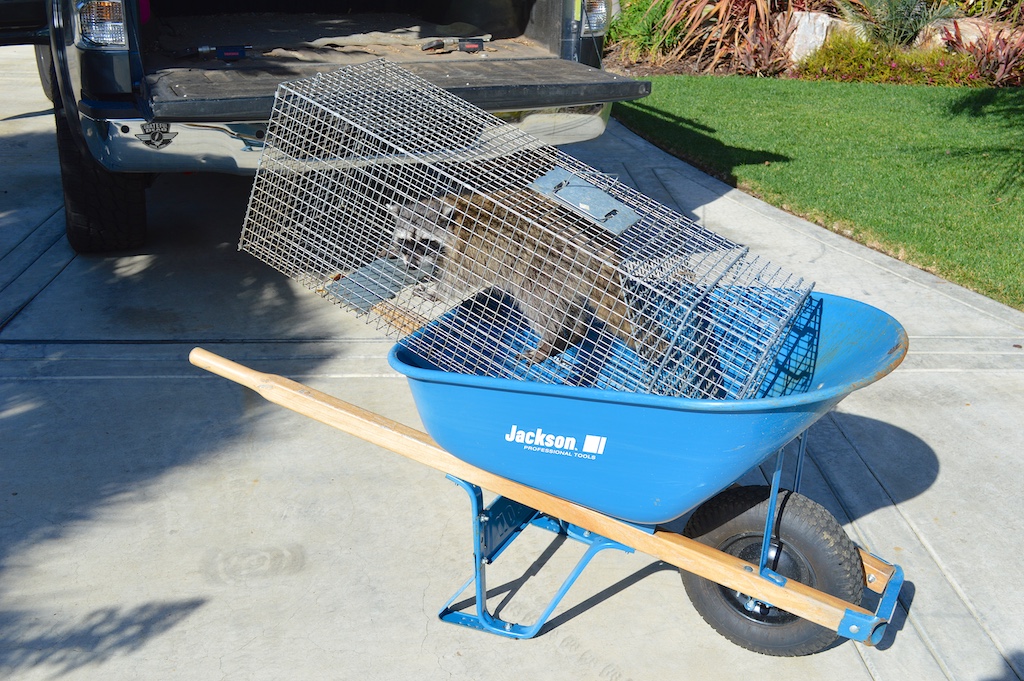 Once in the back of the truck it wasn’t too far of a drive to the nature preserve where he would be released. Getting this pesky raccoon out of the cage took some effort, as this guy was more aggressive than your average raccoon. He would continually charge at me to try to bite my fingers whenever I tried to open the cage to release him. After about five minutes he settled down enough for me open the cage. Once he saw daylight he bolted for the nearby brush. Realizing that his reign of terror was over in my garden, he turned back to give me one last evil stare. It almost felt like he was telling me I haven’t seen the last of him. 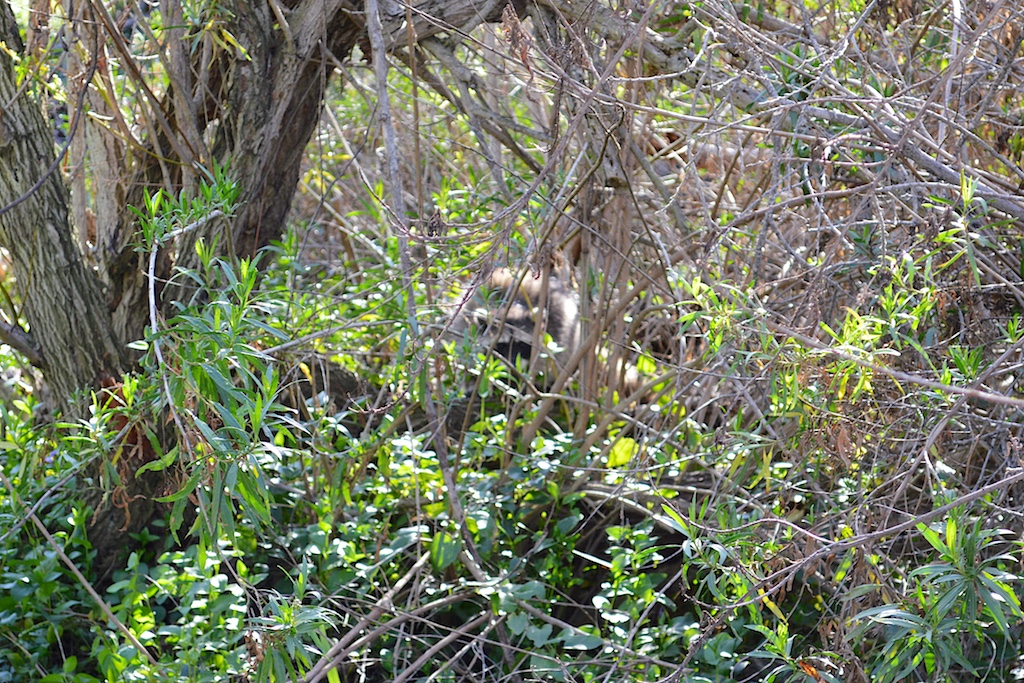 Things have been quiet since his capture. I know it won’t last, as more will just take his place in time. So I will be back to setting up traps and repeating this process as many times as necessary.