This week’s post has to be a quick one considering I didn’t have much time to prepare nor time to finish any other post that I am working on. The reason is because I had the pleasure of spending the last six days in my wife’s hometown of Duluth, Minnesota. My wife’s cousin was getting married, so it was a busy week to say the least. Blogging was pretty far down on the list of things going on. I certainly loved the visit and the people are some of the friendliest you will meet anywhere in the world. The inside joke up there was that my wife and I brought the weather with us, as it was in the low 80s and sunny out for most of the trip. Only on the last day before we left did the weather change. And in typical Minnesota weather fashion, it changed quickly. It went from 75 degrees Fahrenheit at 5 PM to 53 degrees by 9 PM. The next day never saw 60 degrees Fahrenheit. So, did I miss San Diego? Youbetcha! … sorry.

Anyway, while thinking about a post I noticed in my photography archives that I had a few photos of some garden visitors of the amphibian and reptilian sort. One of which I have not seen in the ten years I have lived at my house. So I figured that would be a great, short post to hit my Wednesday deadline.

First up is a regular in my garden. The Western Fence Lizard (Blue-Belly) used to be the most abundant lizard in my garden, but anyone who reads my blog knows that the Brown Anoles took over that claim this year. The Western Fence Lizard, as well as the Western Side-blotched Lizard, still reside in the garden and seem to have found a niche. I still find their hatchlings scurrying into the rocks or plants as I walk the garden. This Blue-Belly below found a nice warm perch on top of a Balinese-carved river stone pathway light. 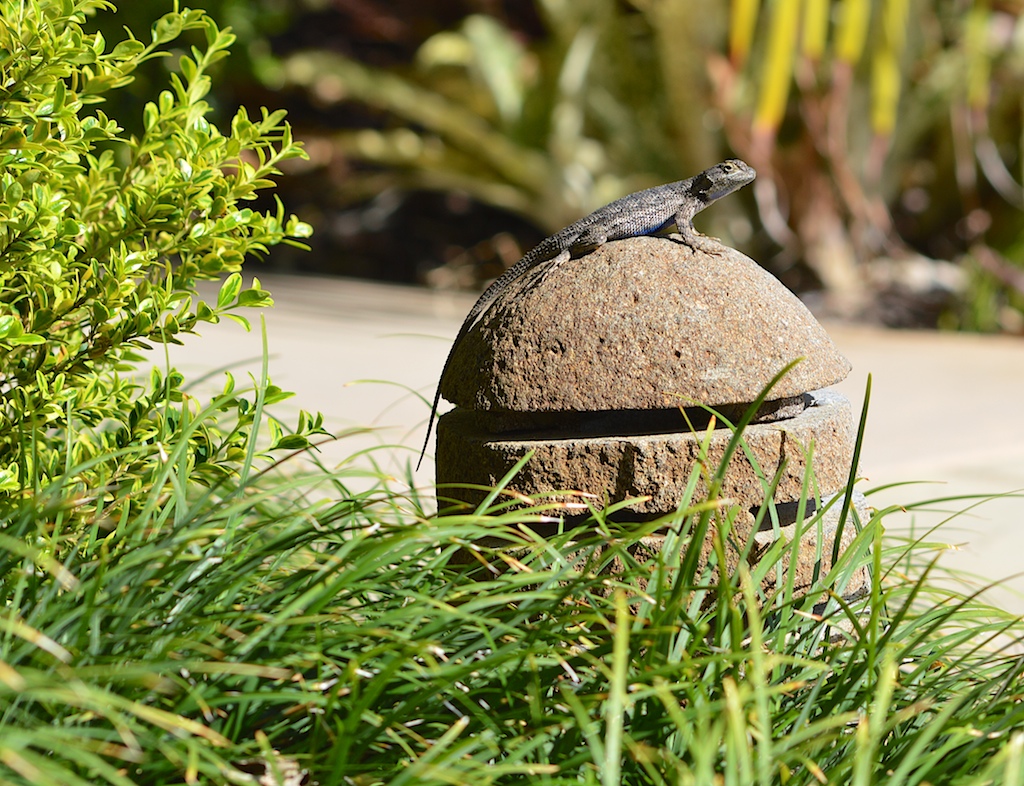 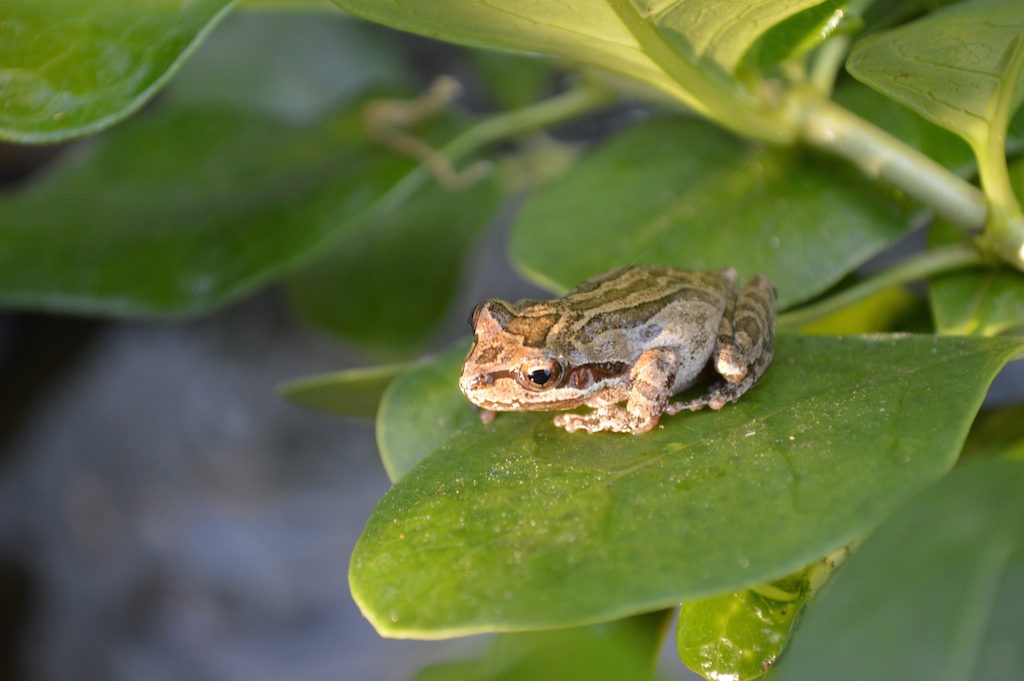 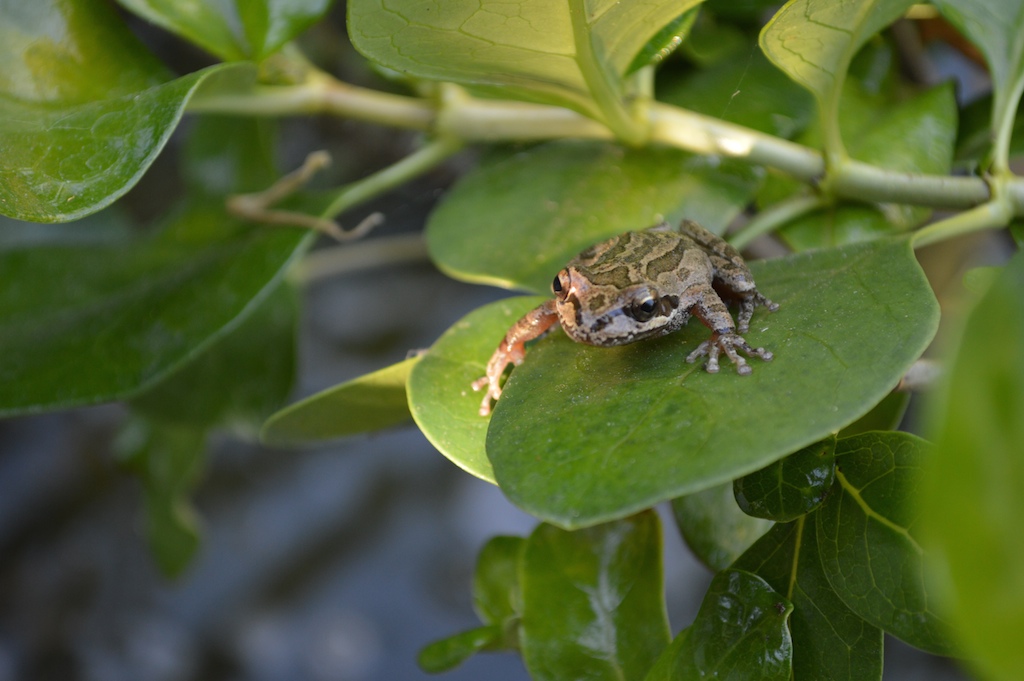 According to CaliforniaHerps.com, the Baja California Treefrog “utilizes a wide variety of habitats, often far from water outside of the breeding season, including forest, woodland, chaparral, grassland, pastures, desert streams and oases, and urban areas.” So my belief that he was attracted to the koi pond might not be so factual. Either way, I hope he found a girlfriend and I get to see some tadpoles swimming in the koi pond soon. 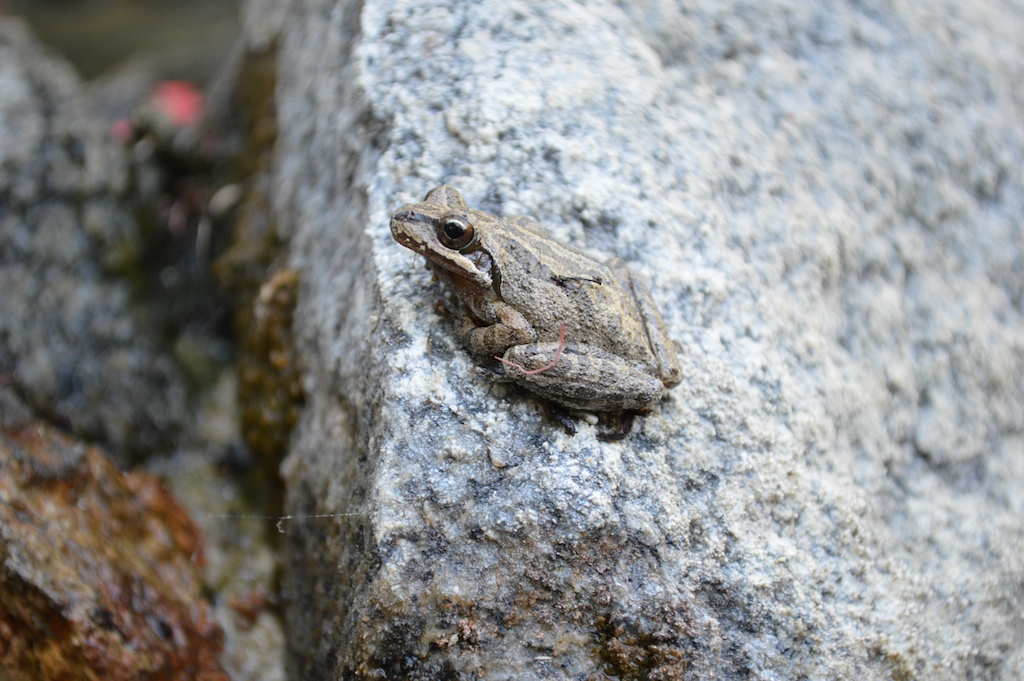 Last, but not least, a San Diego Gopher Snake (Pituophis catenifer annectens). I have lived at my current house going on ten years now. I have an open area only a few houses down from me as well. My neighbors don’t trap their growing gopher population either. With all that being said, I still have never been face to face with a snake of any kind in my garden. So when I tell you I almost shit my pants when I happened upon him while out weeding—I mean it. From a bravery standpoint I can handle just about anything nature can throw at me. But there is just something about snakes that freaks me out. Even such a helpful reptile as the San Diego Gopher Snake. Even looking at the photos below gives me the willies.

This guy below was about 5 feet long and on a mission. He did not stay in any one place for long and was pretty much in constant motion. My guess is that he wasn’t hunting for prey but rather hunting for a mate, as it was that time of year. This snake wandered around my garden for about 20 minutes with me following and photographing him (from a comfortable distance, might I add). Eventually he moved on to the neighbor’s yard to hopefully eat one of the many gophers that have made his backyard a rodent utopia. The visit by this San Diego Gopher Snake also gave me a great opportunity to introduce my young son to snakes outside the zoo. Like his old man, he wasn’t really a fan. 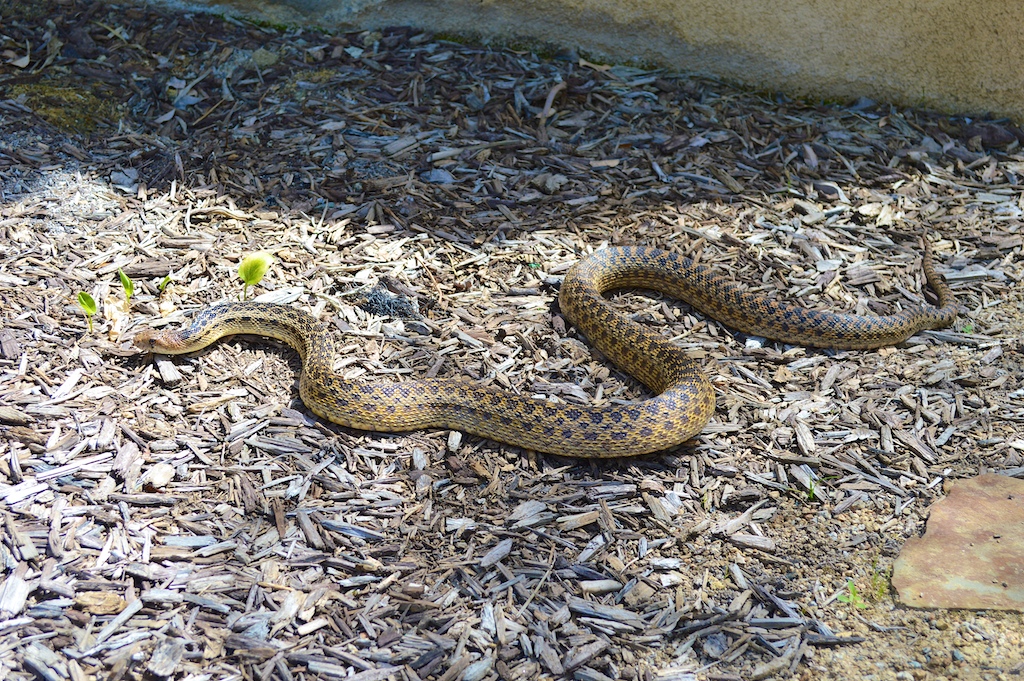 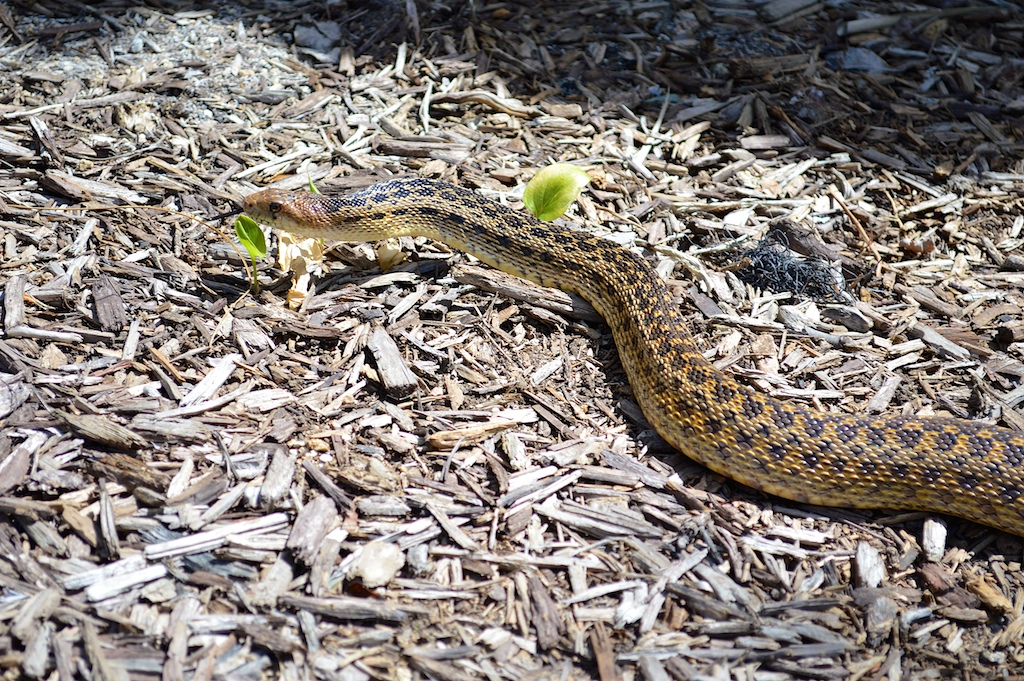