The Golden Shower Tree (Cassia fistula) is one of the most widely planted flowering trees in the world. You will find it growing throughout tropical and subtropical regions, mostly as an ornamental shade or street tree. It is a very fast grower in tropical climates, reaching sizes to 60 feet, but most commonly found growing to heights of 30 feet.

The best thing about the Golden Shower Tree is its beautiful yellow, wisteria-like blooms. When grown in the right areas, Cassia fistula will be draped in yellow a few weeks each summer. It is truly a sight you would not soon forget. In fact, in a country that adores its flowering plants, it is telling that Cassia fistula is the national tree of Thailand as well as the national flower of Thailand. It is just that beautiful. So it was only a matter of time before I had to give one a go in my garden. After 5 years in the ground from a 7-gallon-sized plant, my plant finally has flowers! 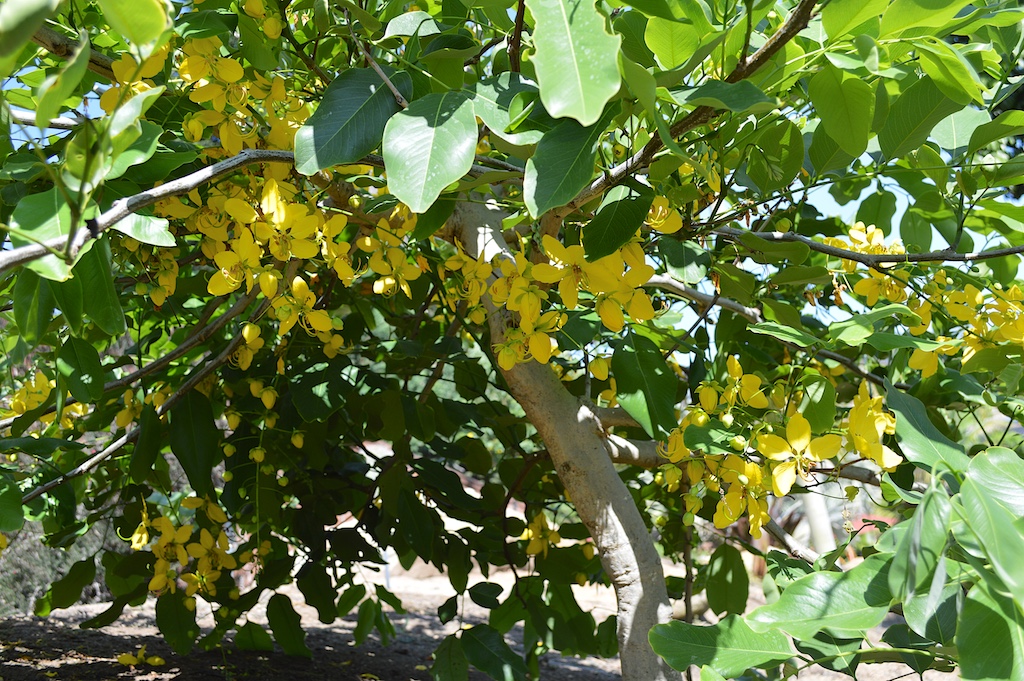 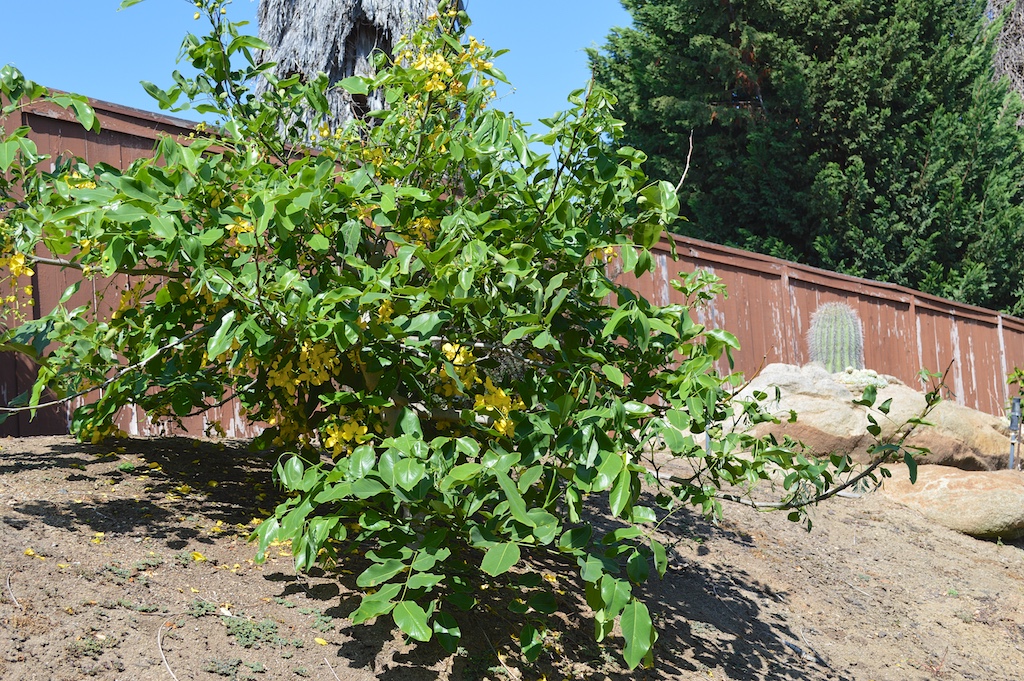 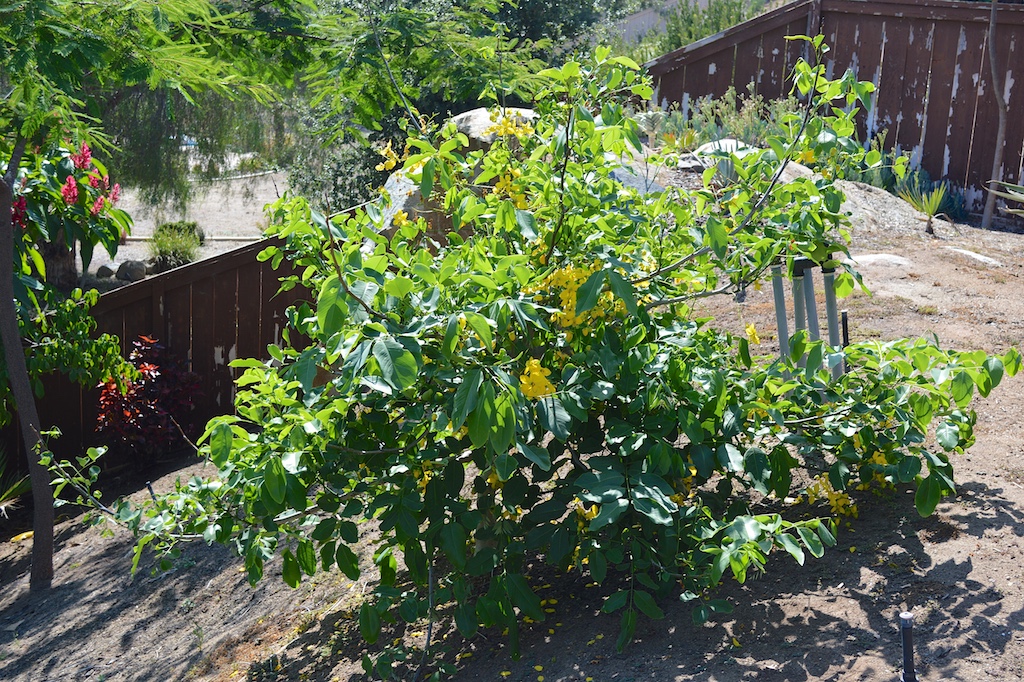 OK, so not what you were expecting, I would assume? The fact is that this is actually an unusual sight here in California. Cassia fistula is seldom grown to flowering size in Southern California, as they are just outside their preferred climate here.

I purchased my Cassia fistula online from Top Tropicals in 2009. I grew it in my greenhouse for its first winter and planted it out in the spring of 2010. While fast in the tropics, it has proven to be painfully slow here in Southern California. Cassia fistula is native to India and South Asia, so it is best suited for Zone 10 to 12 gardens. However, it does have a surprising bit of cold tolerance and will survive in 9B gardens. But herein lies the issue. It is one of those flowering trees similar to Delonix regia, where they will grow in colder climates but will take two steps forward in summer and one step back during the winter. While it might grow 3 to 4 feet each year for me, once winter hits, the ends of the branches tend to die off due to the cold. This then requires the tree to force new growth from one-third to one-half the way down the branches. New growth won’t appear until mid-July for me. So the growing season is short lived. So yes, what you end up with is what you see above—a bush-like tree that has trouble with a vertical habit.

I believe it will just take many years for Cassia fistula to develop a large enough caliper of trunk to handle our cool winters and lessen the effects of the yearly die-back. Like many of the old specimens of Delonix regia that can be found in Southern California if you look hard enough, with time, Cassia fistula will begin its vertical growth phase and eventually grow into a beautiful small tree here. It will just take a few decades. Until then, I will just have to be patient and appreciate this smaller floral display and dream of the day my plant grows into The Golden Shower Tree. 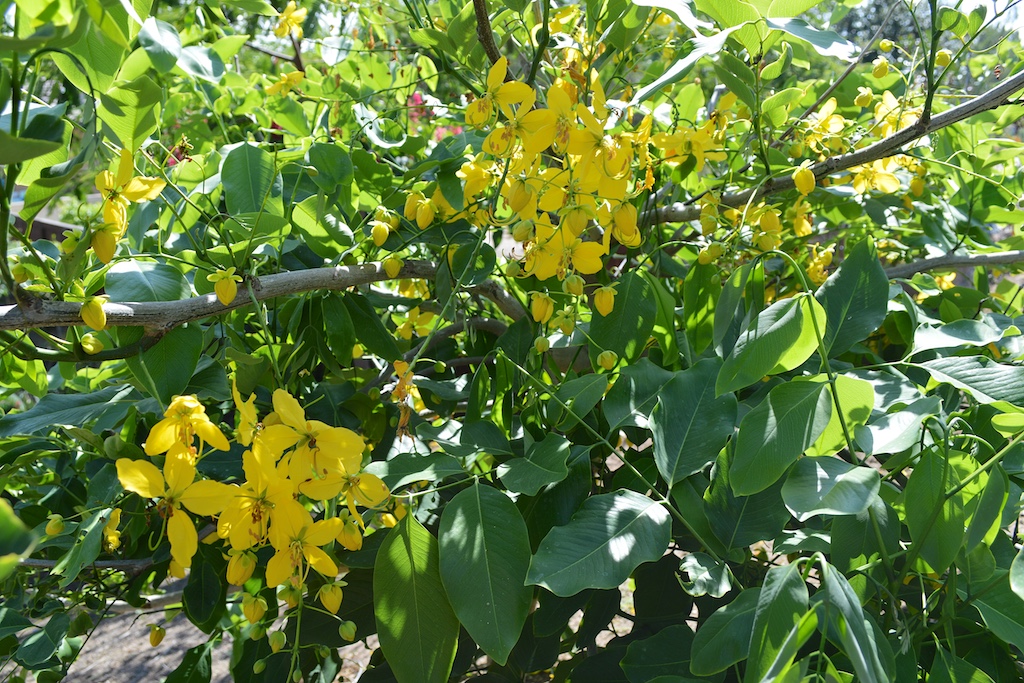 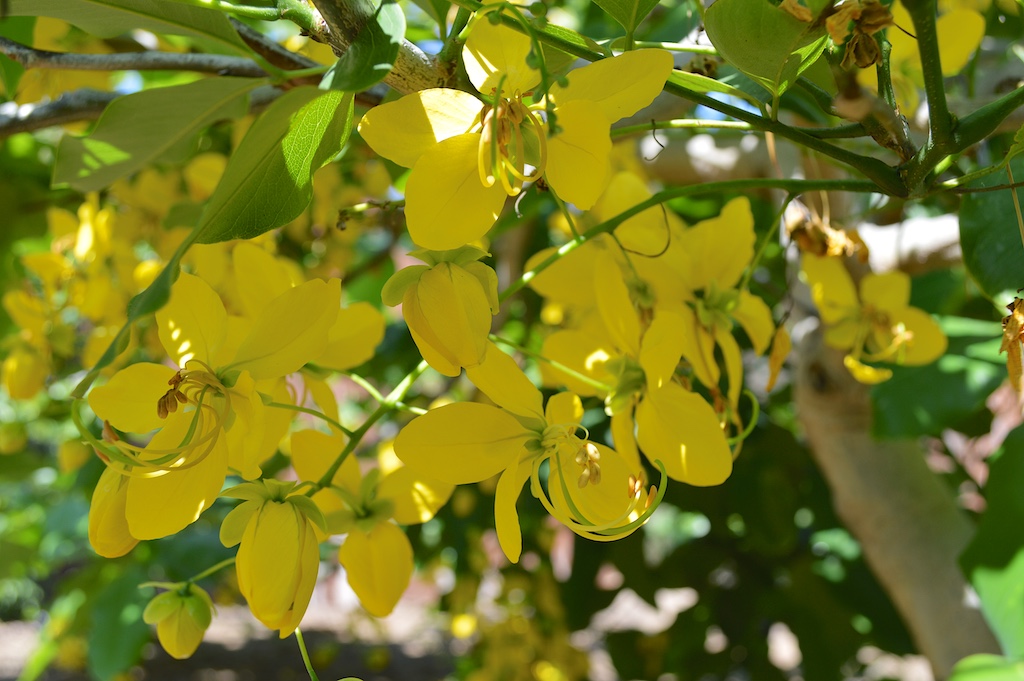 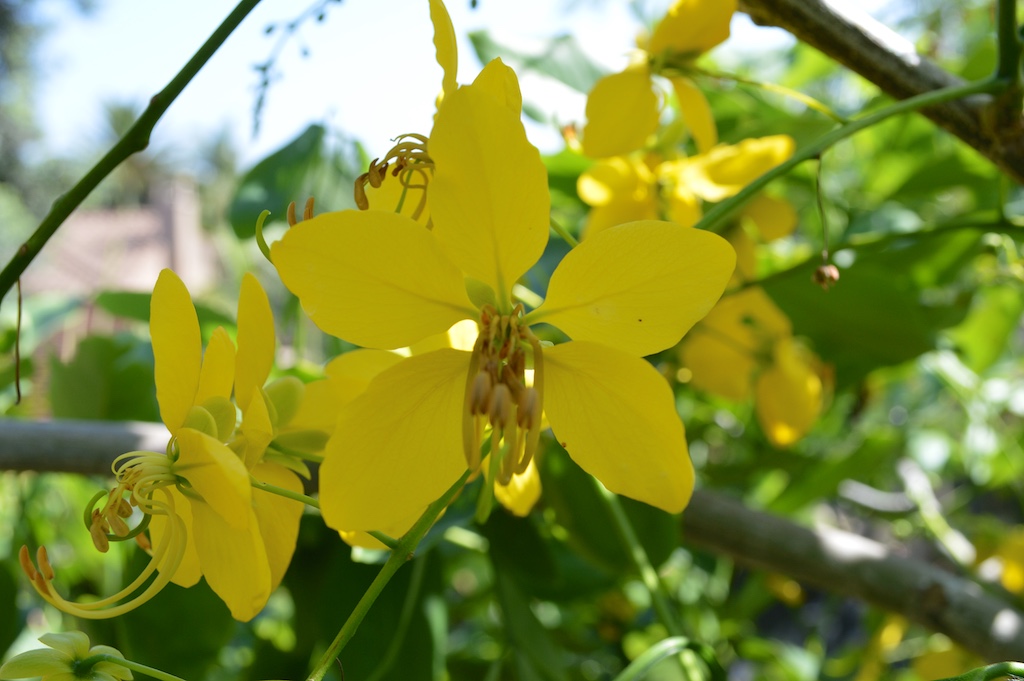