Aloe hybrids certainly are not a new phenomenon. Aloes have been successfully hybridized for decades. Recently, a trip to a friend’s garden just reconfirmed my belief that many true species won’t have a place in nurseries much longer. Frankly, many of the new hybrids that are coming out at an alarming rate are big improvements over the parents in terms of flower or foliage color.

While I typically buy true species plants or cultivars, the allure of buying hybrids is there and prevents me from being a purist. This becomes especially evident after you tour a private garden that is loaded with amazing aloe hybrids like the garden I just visited earlier this week. More of a cycad guy, the owner still had over 100 aloes growing on his one-acre lot. 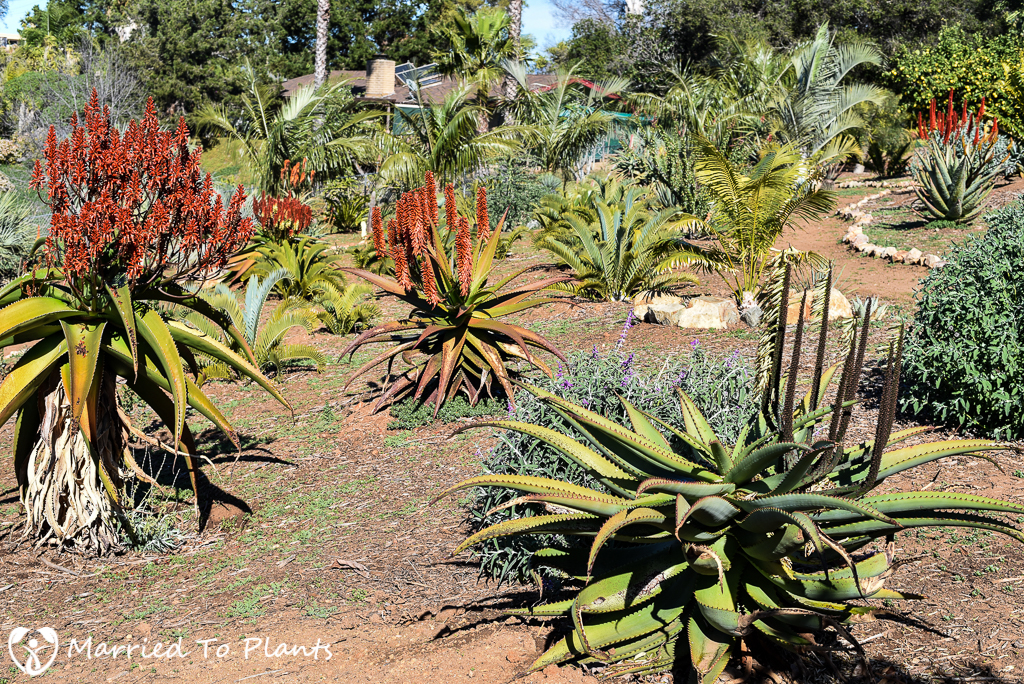 The first aloe hybrid to he had to show was also one of the nicer ones in terms of solid flower color. This is Aloe ‘Erik the Red.’ This aloe comes from famed aloe hybridizer Leo Thamm of Sunbird Aloes out of South Africa. 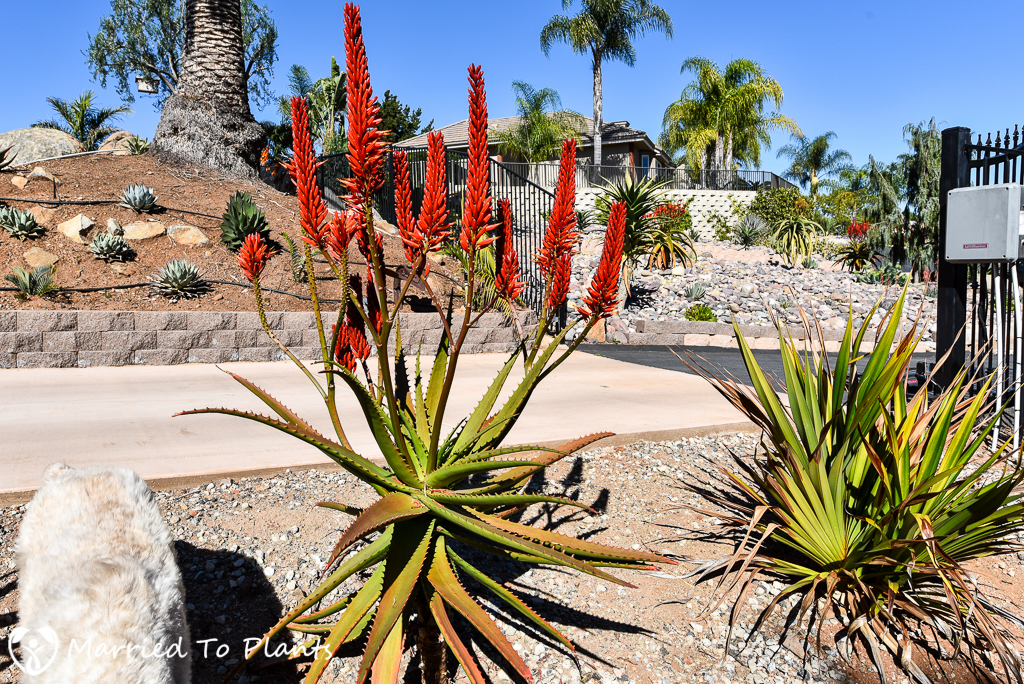 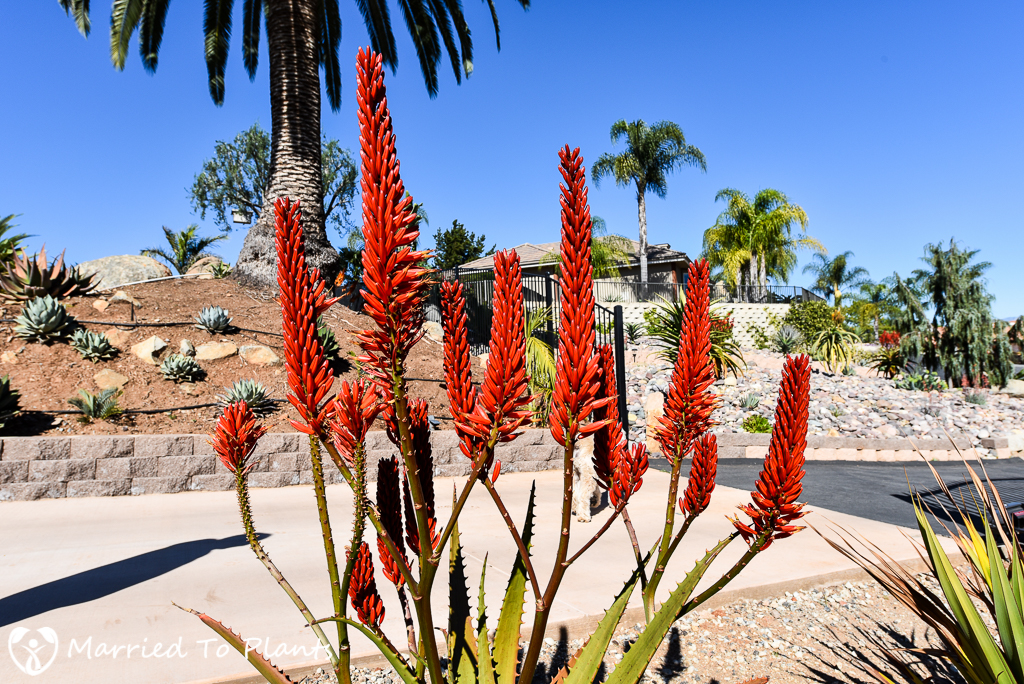 This is a beautiful new hybrid between an Aloe capitata and a white flowering Aloe ferox. 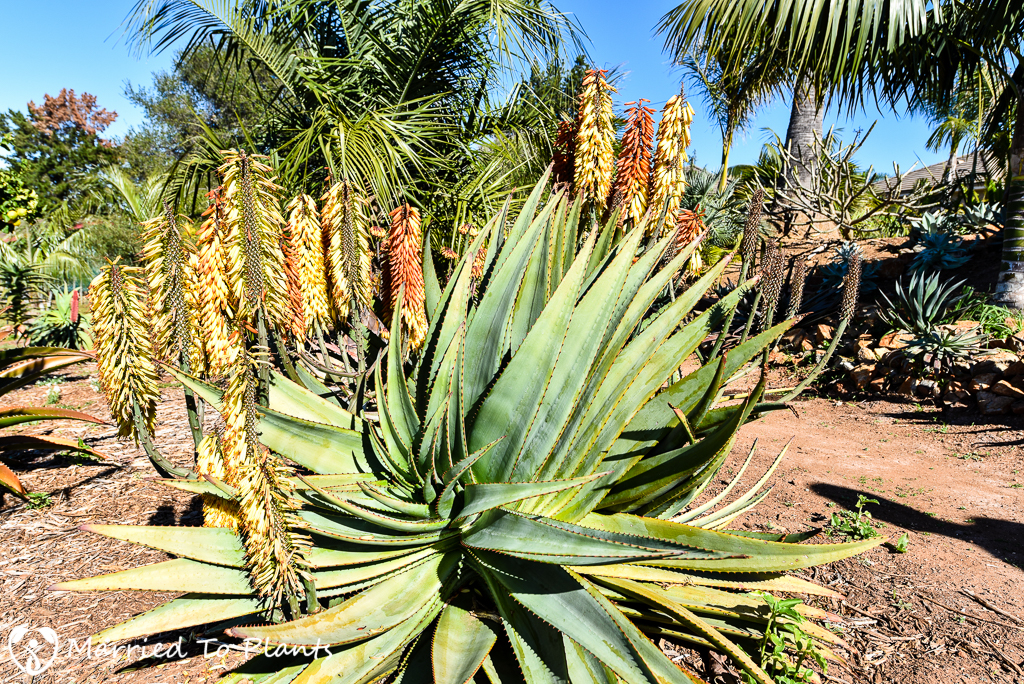 Another Aloe capitata and white-flowering Aloe ferox cross showing the variation that happens in hybrids—even amongst the same seed batch.

This is some large, unknown aloe hybrid. It has a nice bicolor flower.

The best guess here is some Aloe ferox hybrid. 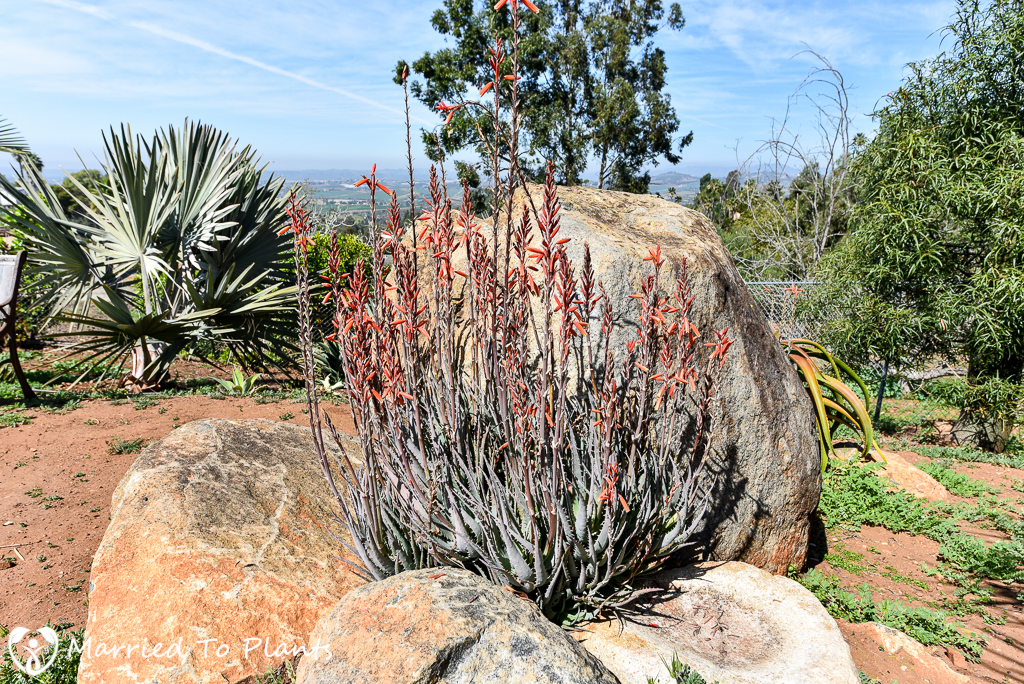 The most impressive aloe hybrid in the garden was this unknown Aloe vaombe cross. The best guess from those I polled is that the other plant in the cross is an Aloe thraskii. This aloe hybrid flowers profusely, as you can see below, and uncharacteristic of true Aloe vaombe, this hybrid has a bicolor flower. 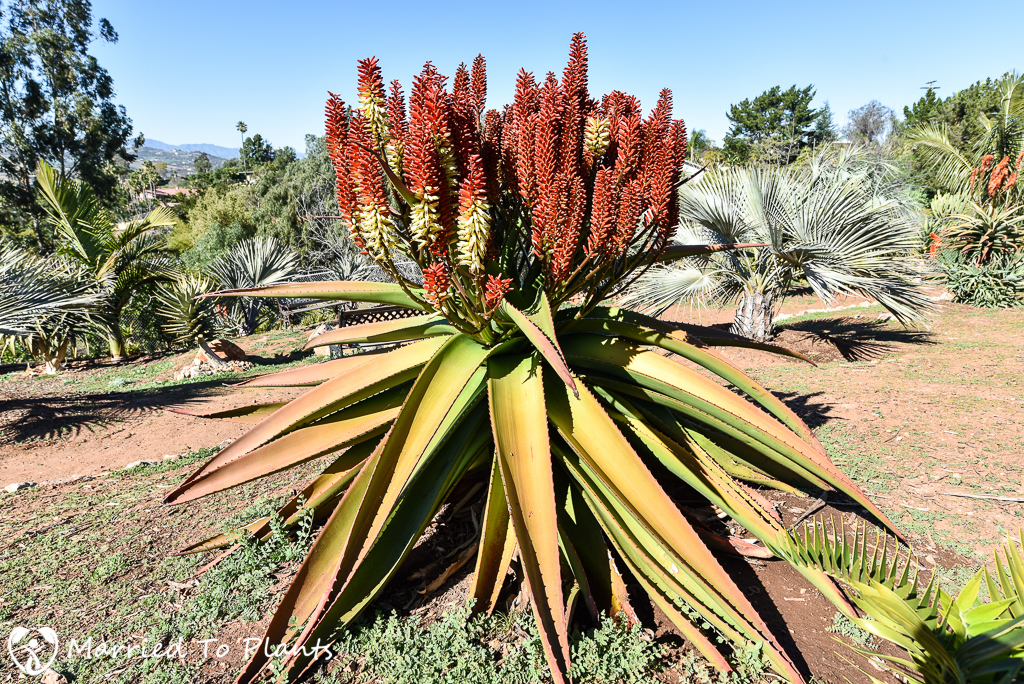 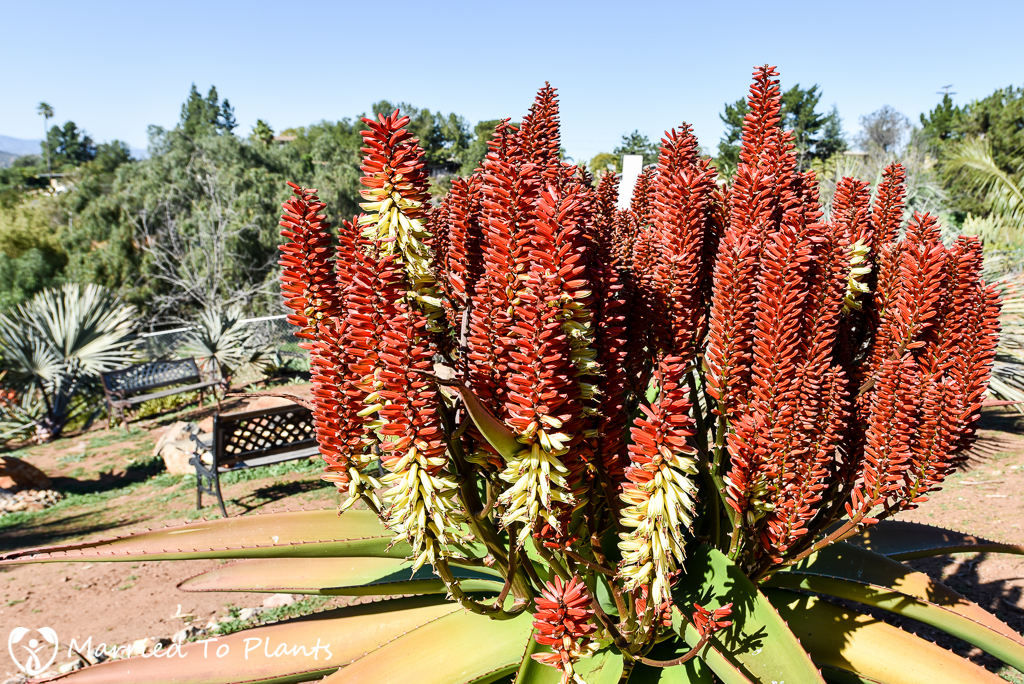 While the garden had many more aloe hybrids planted out, most were either not in flower or had flowered just before my visit. Of course the garden was well represented with true species aloes as well. One of the more impressive was the rare variegated Aloe vaombe. 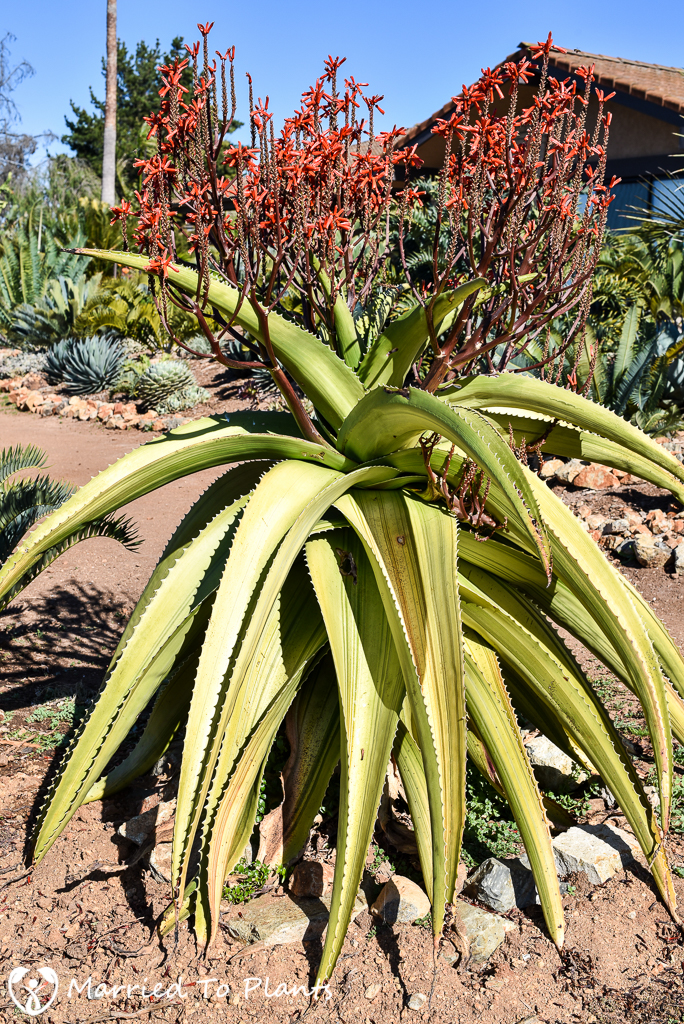 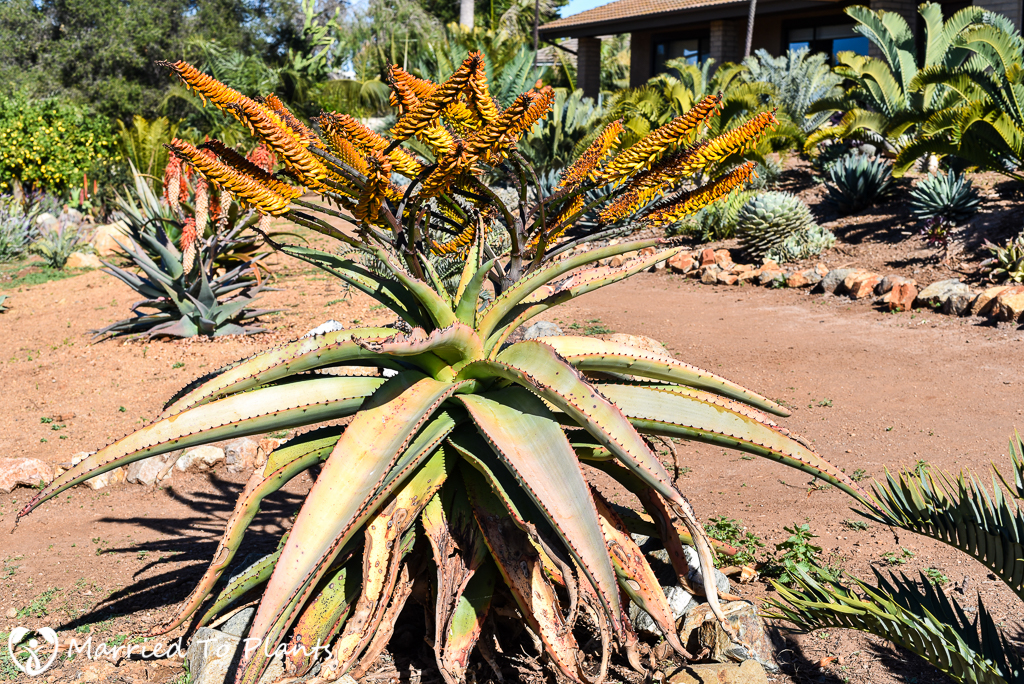 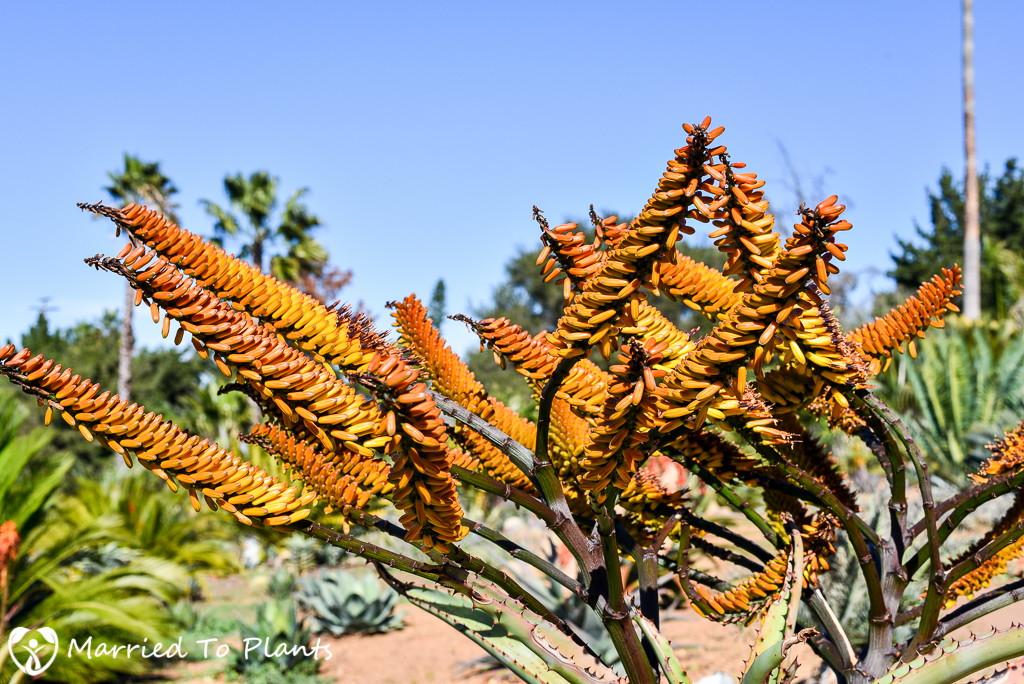 A more traditional Aloe marlothii with the spines covering the top and bottom of the leaves. 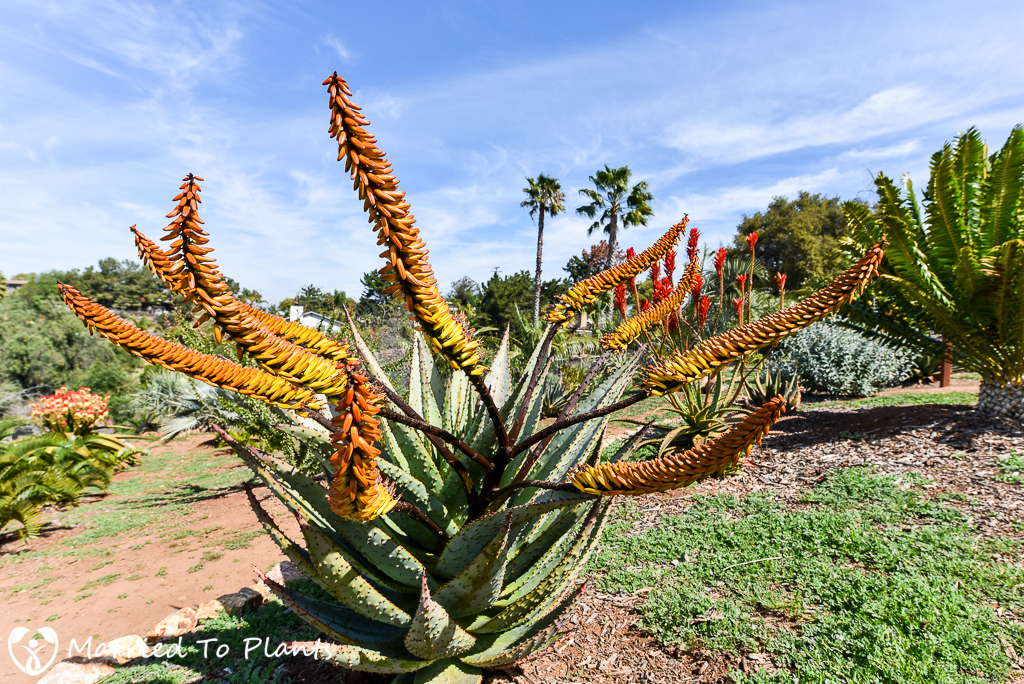 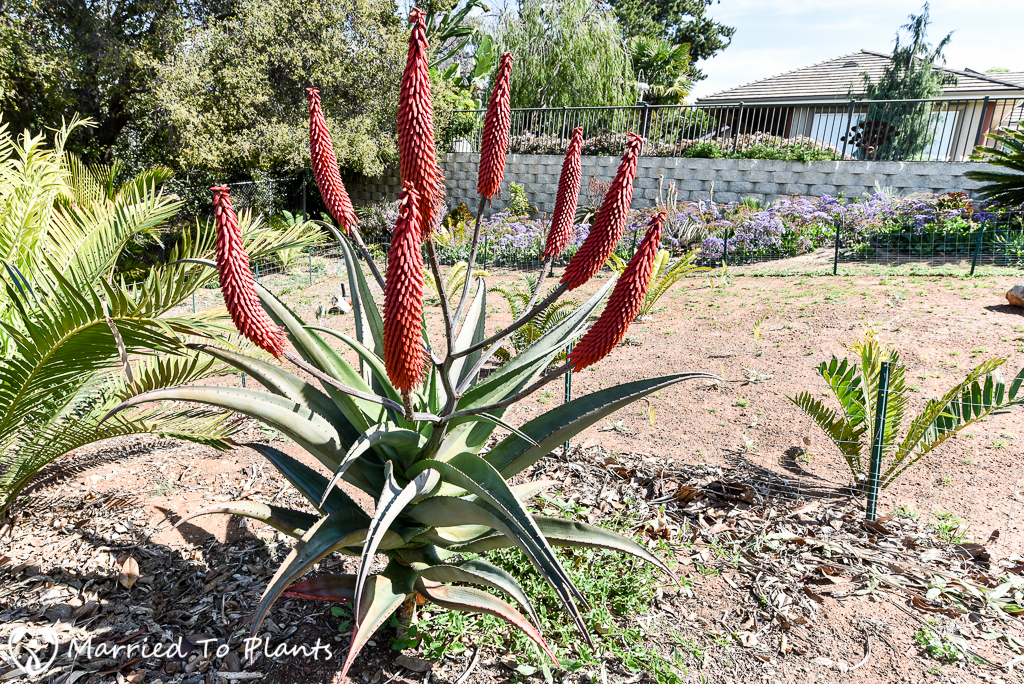 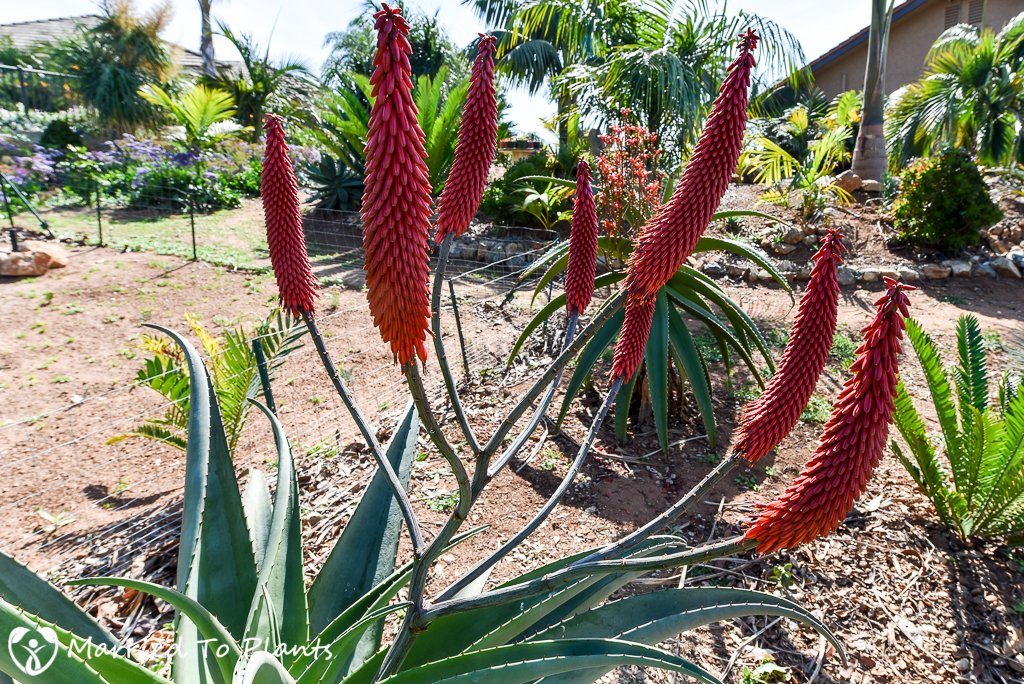 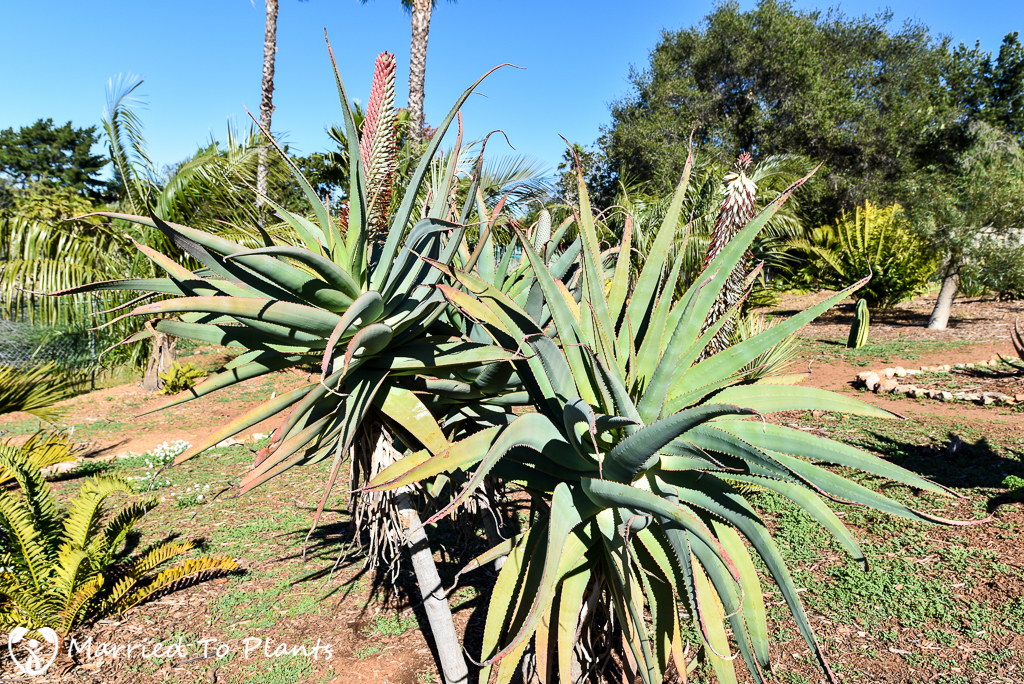 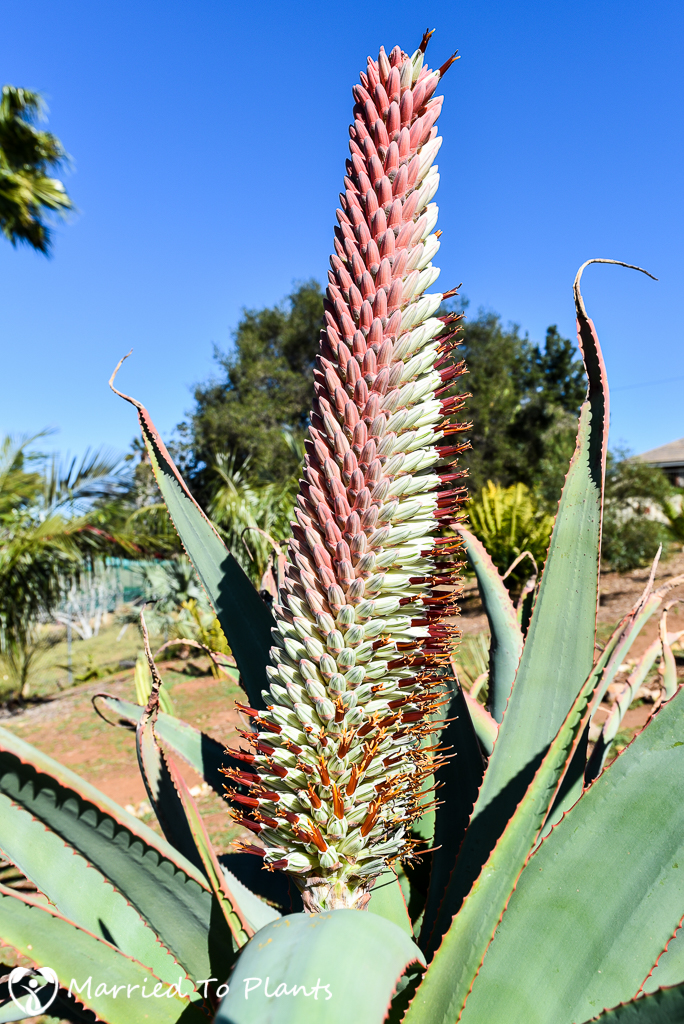 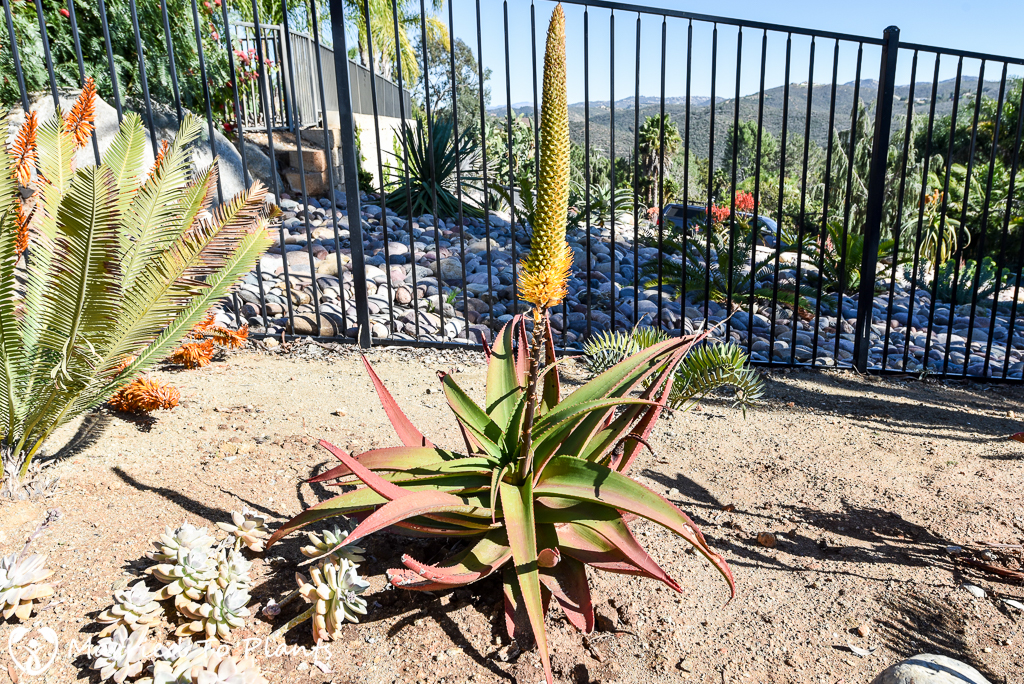 Aloe aculeata when grown under some stress has brown coloration. Coupled with the spiny leaves and bicolor flowers, it makes for an attractive aloe. 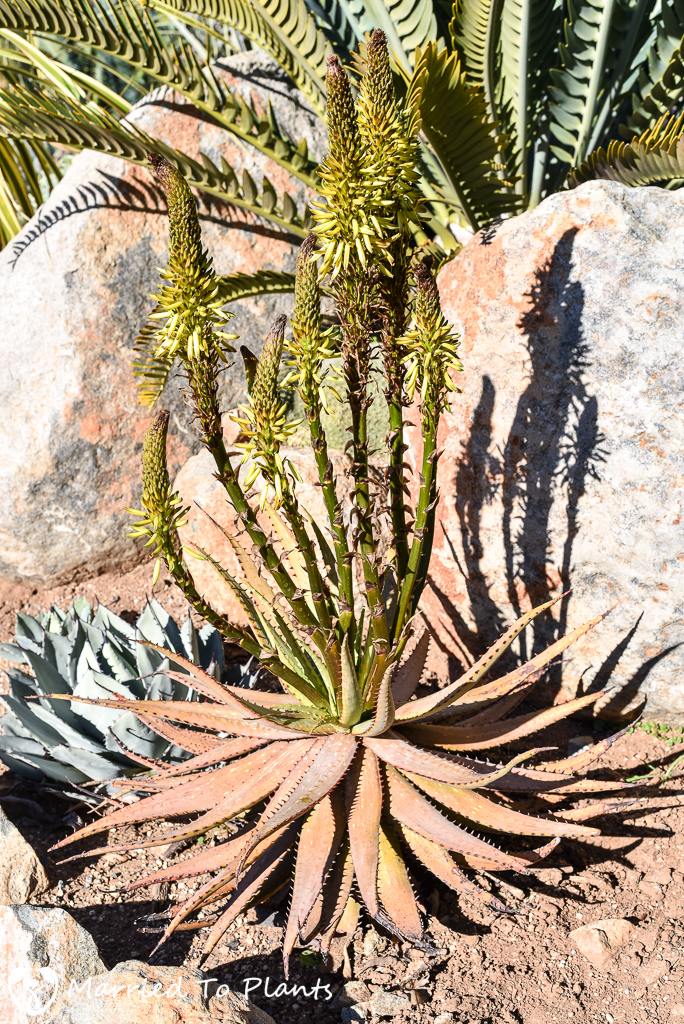 Aloe peglerae is always found in an aloe collector’s garden. 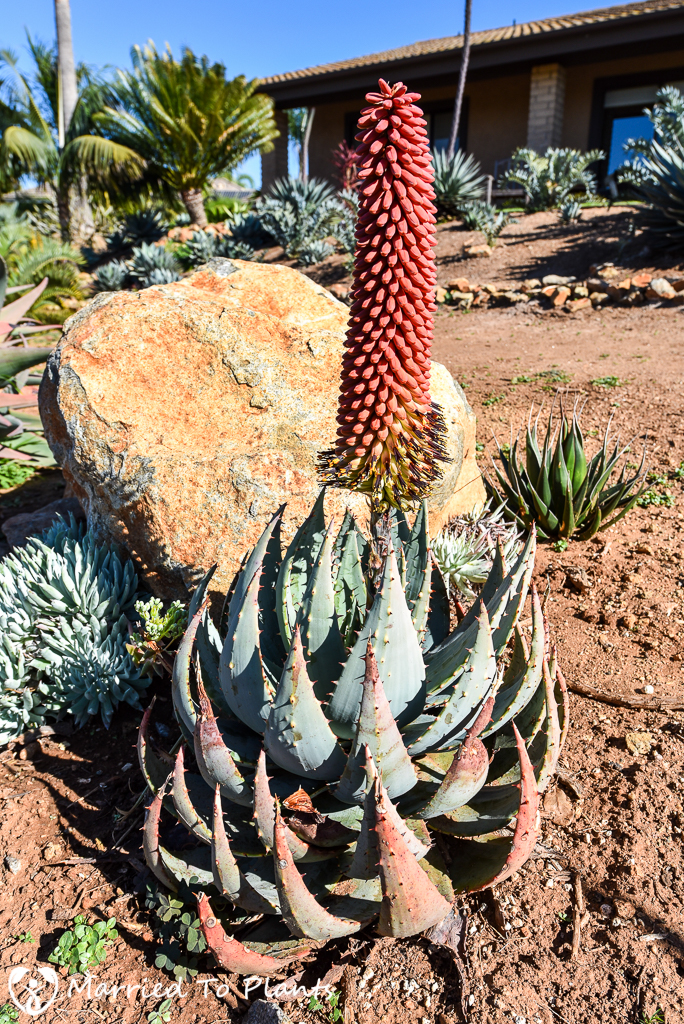 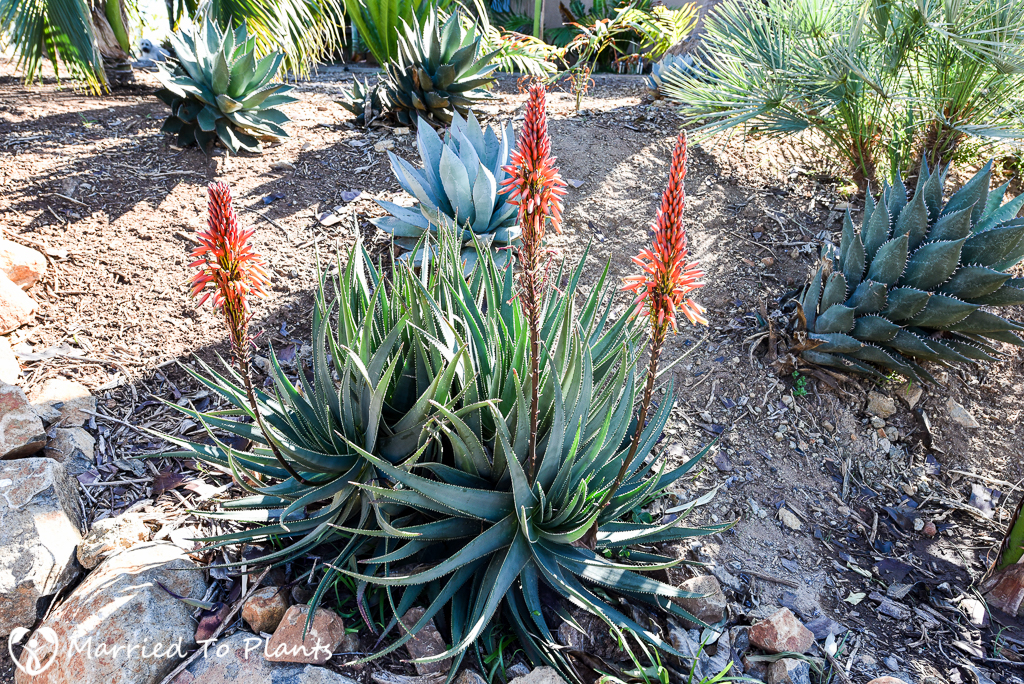 Aloe petricola has become a popular plant recently because of its bluish leaf and bicolor flower. 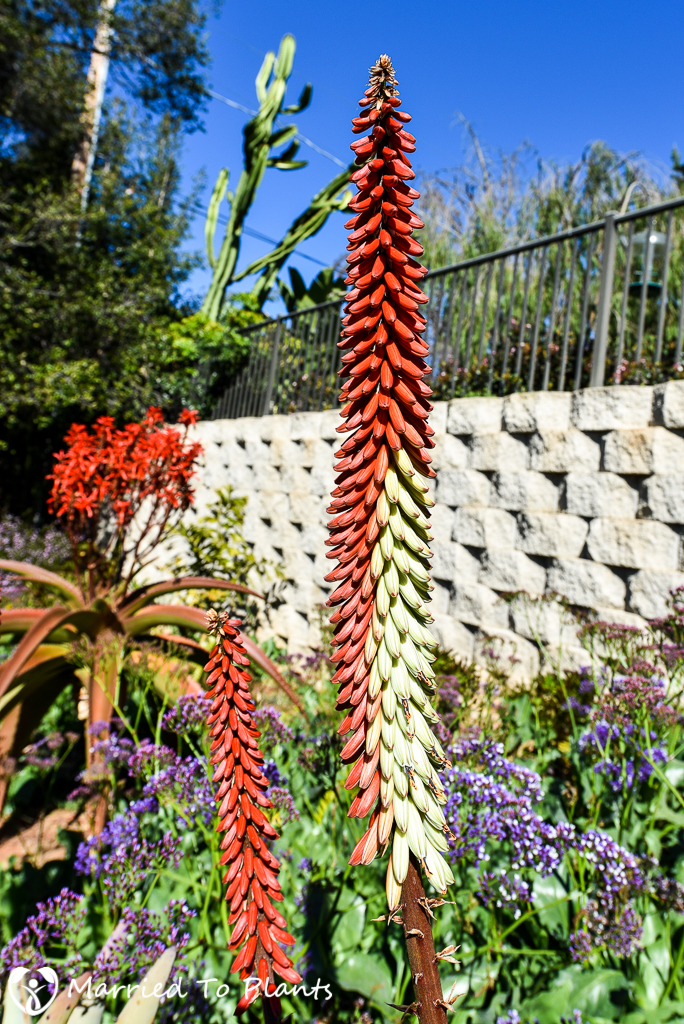 Now to close out with some Malagasy aloes. This is Aloe capitata var. gneissicola. 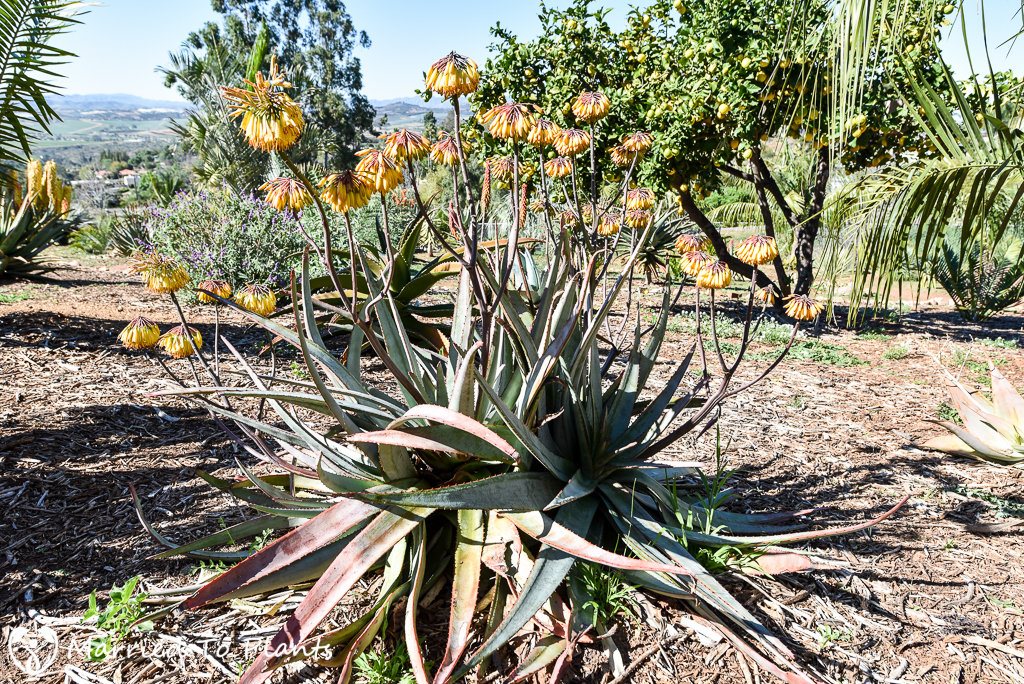 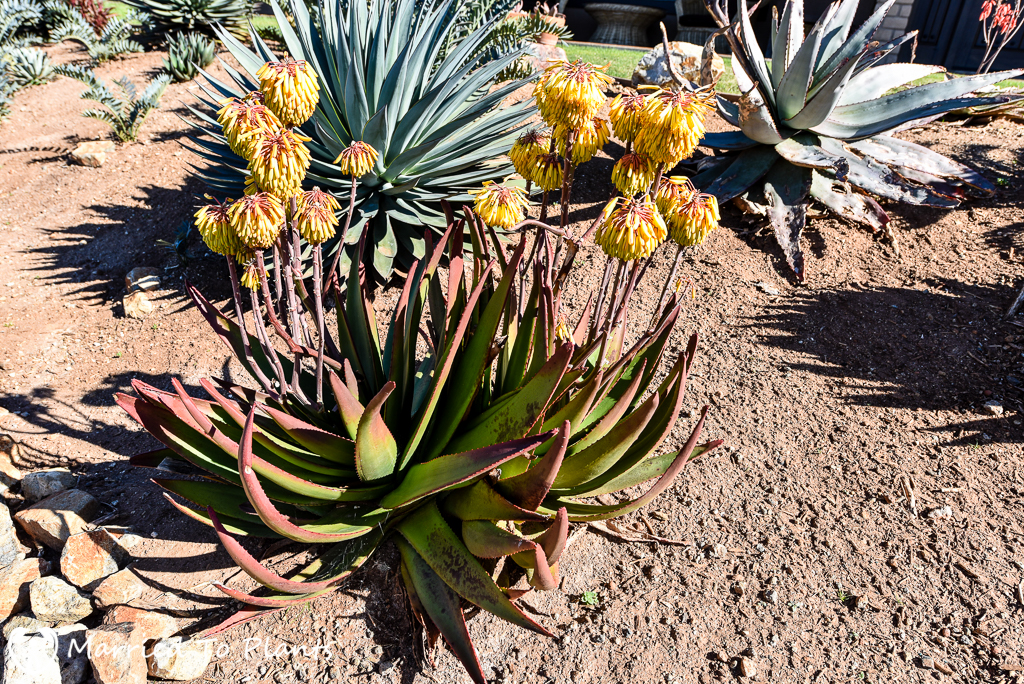 And my favorite form, which I was lucky enough to see in habitat during my trip through Madagascar—Aloe capitata var. quartziticola. This one is being attacked by snails. 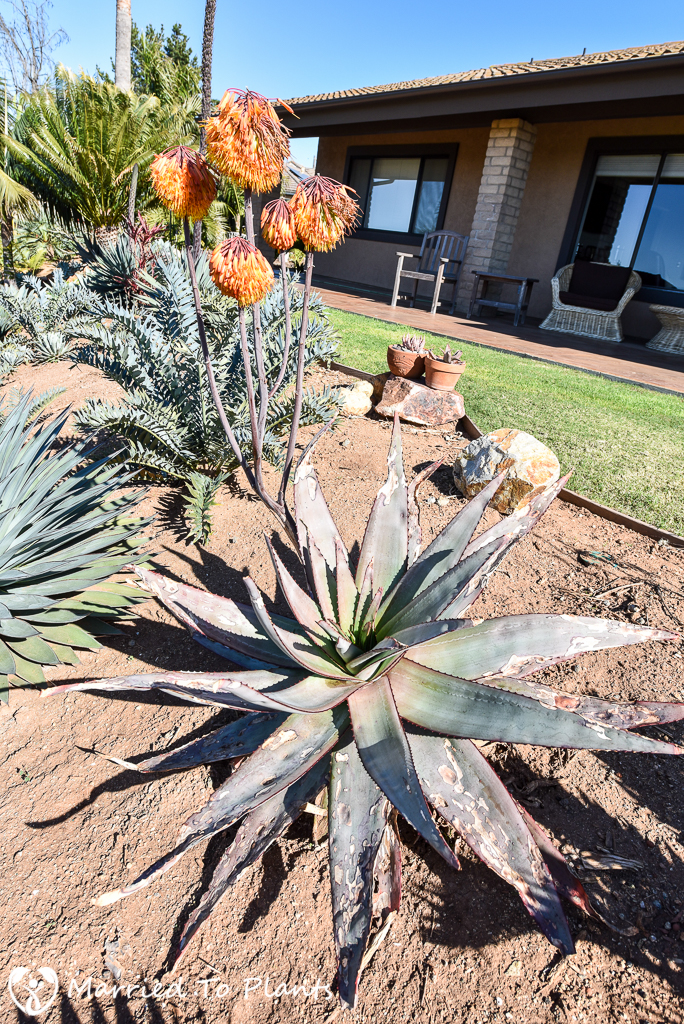 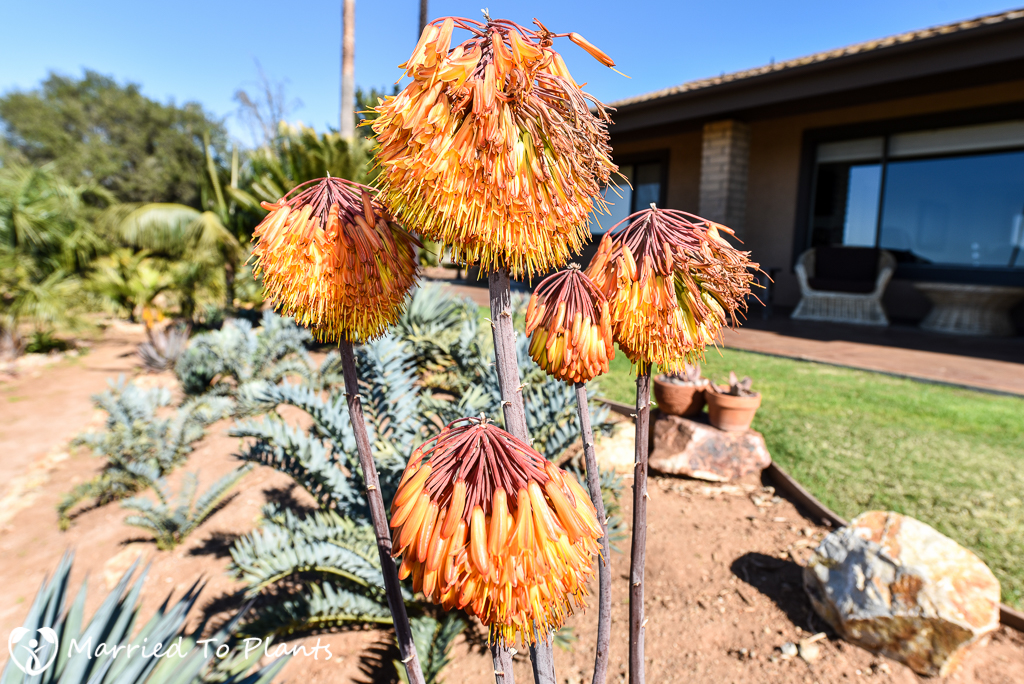 Aloe betsileensis. This one is just starting to open its flowers. Beautiful plant. 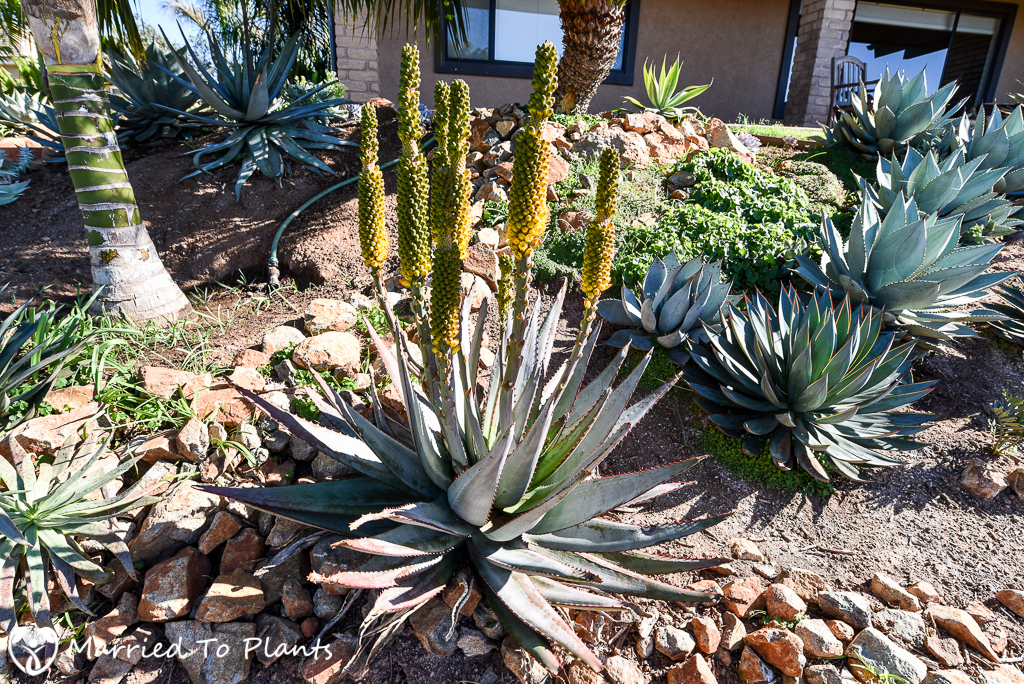 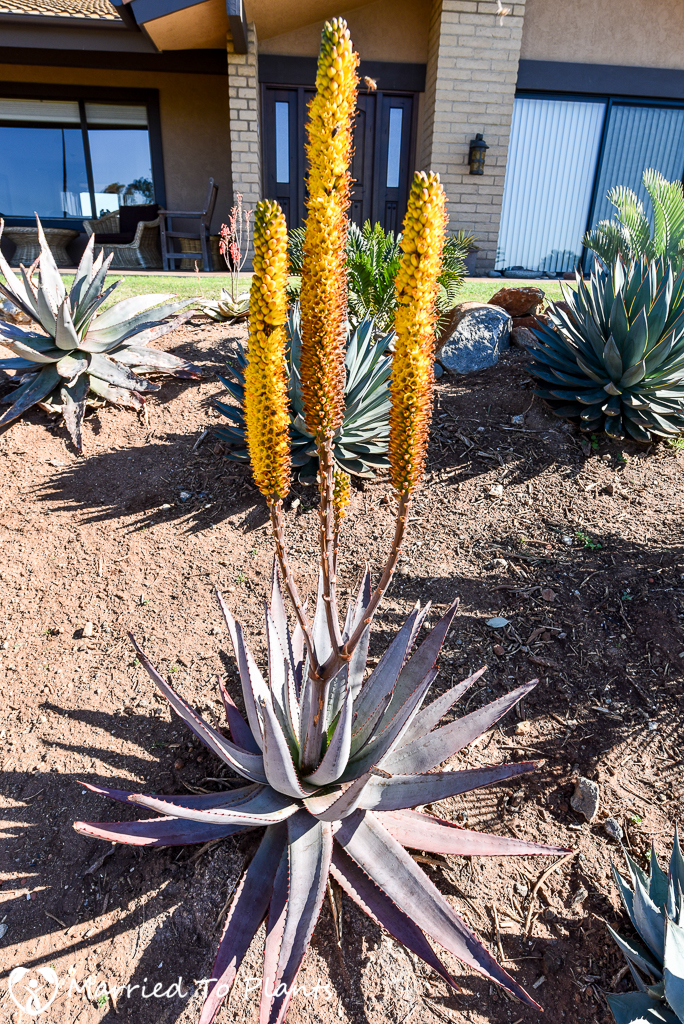 Winter is easily my least favorite season of the year. However, aloes at least make it bearable for a plant guy like me because in a garden where nothing is in bloom, aloes save the day. With the water restriction that won’t be going away in Southern California anytime soon, and with the amazing new aloe hybrids being produced, I would expect to see interest in this genus only grow.

I was back at Bob’s house almost two weeks after I wrote this post. I had to come back and show an update of his beautiful unknown Aloe vaombe cross in flower.