My wife wanted to do something different from our yearly routine this 4th of July weekend. I told her that if she wanted to plan something, I would temporarily relinquish my role as the Family Event Coordinator. So what does she plan for her first family trip with the new title? Palm Desert. In the middle of July! Not sure if anyone noticed on the news in California, but it was averaging 105˚ Fahrenheit the week we were there. We ended up spending the entire four days at the Omni Rancho Las Palmas Resort. The pool, lazy river and water slides made the heat tolerable.

Once I got word that we would be staying in Palm Desert I immediately began to plan an excursion to The Living Desert Zoo and Gardens. As a plant guy, I already knew that The Living Desert maintained more than 14,000 desert plants and that few places in the world have them all in one, walkable area. The Living Desert was established in 1970 (the year I was born – coincidence?) on 360 acres. It has expanded to 1,200 acres over the years, but 1,000 of those acres remain in their natural state. Of course none of that mattered to the wife and kids. The more than 660 animals they have and the opportunity to feed a giraffe were the draws for them. 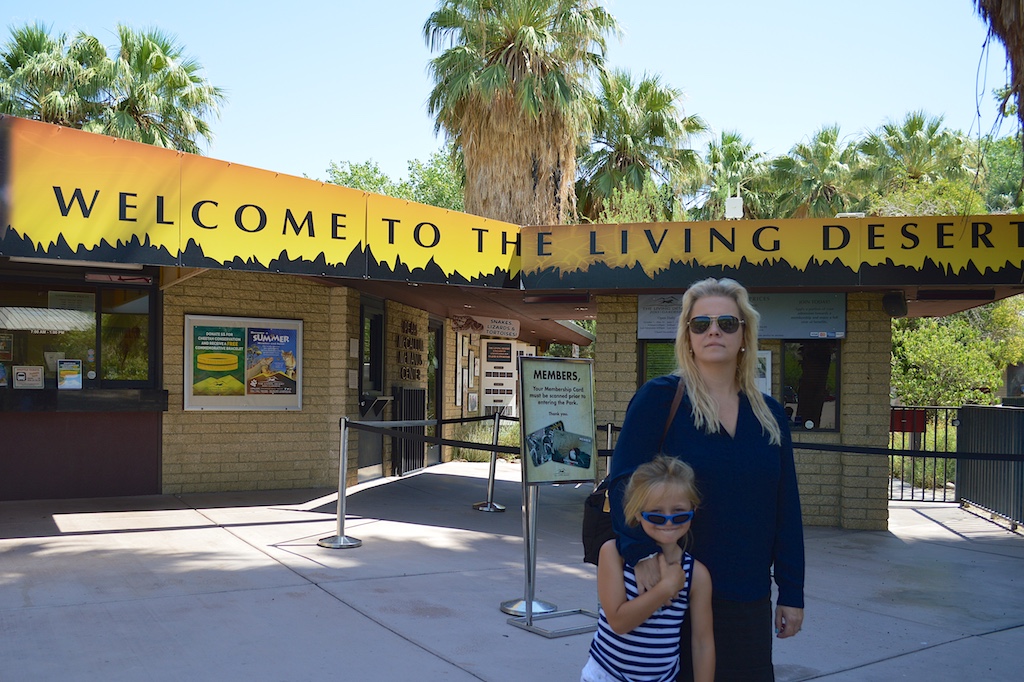 Our first stop was the 11:00 AM feeding of the giraffes. The only wildlife we spotted on the walk to the giraffe exhibit were native animals. Like this California Ground Squirrel looking for food and the Desert Iguana (Dipsosaurus dorsalis) in the picture below it. 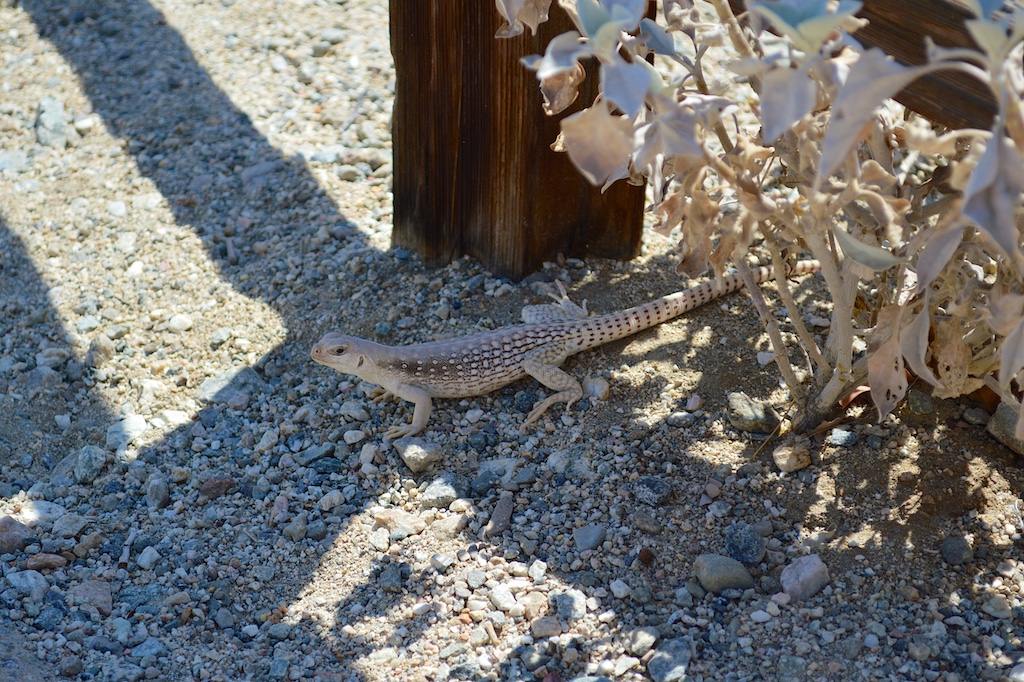 We even saw a few fake animals before we got to see our first animals in an exhibit. This lion statue looked to be made out of thousands of construction nails.

You even pass by a large G-scale model train display. The trains have been at The Living Zoo since 1998 and started running full time on January 1, 2001. Ordinarily we would have to pry my son away from such a display. However, the heat, lack of shade and a reminder giraffe feeding is just around the corner got him moving. 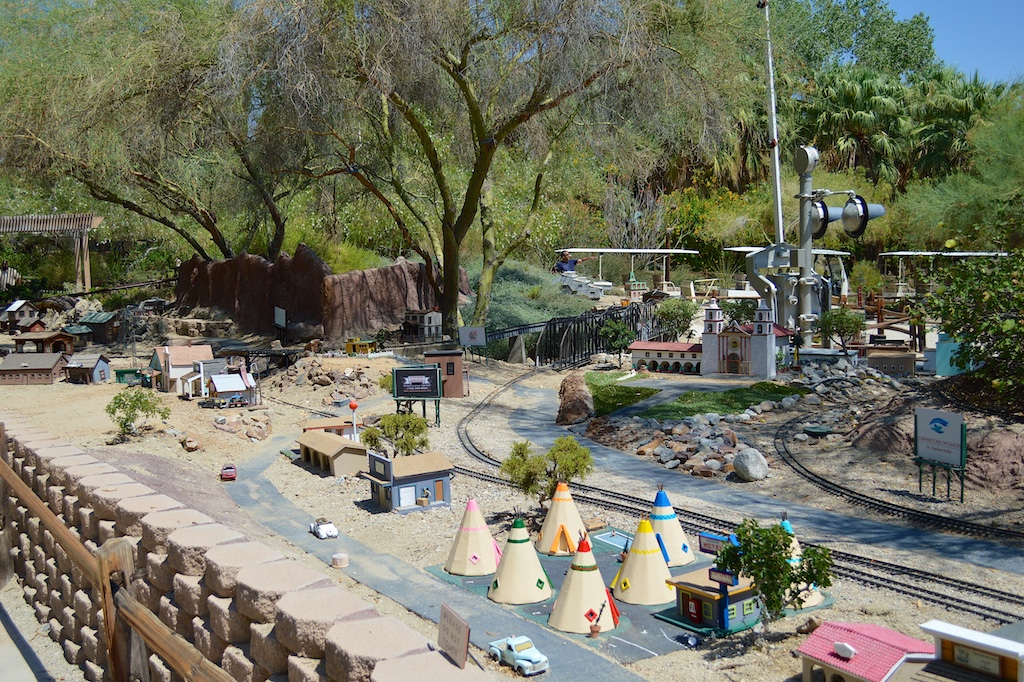 Have I mentioned it was hot yet? Thanks to the heat, most people were either already gone or just didn’t even bother going to the zoo. This allowed us to walk up and feed the giraffes without having to wait in any line. The kids were fascinated by the fact a giraffe’s tongue typically measures 18-20 inches long. 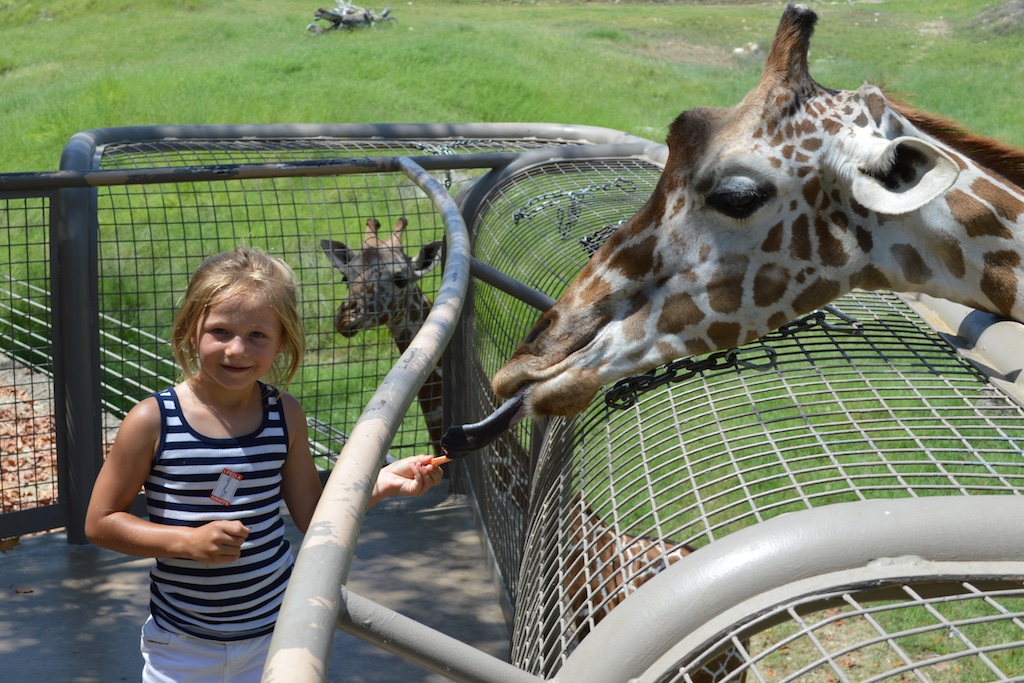 Zebras know to get out of the sun when it is baking hot. 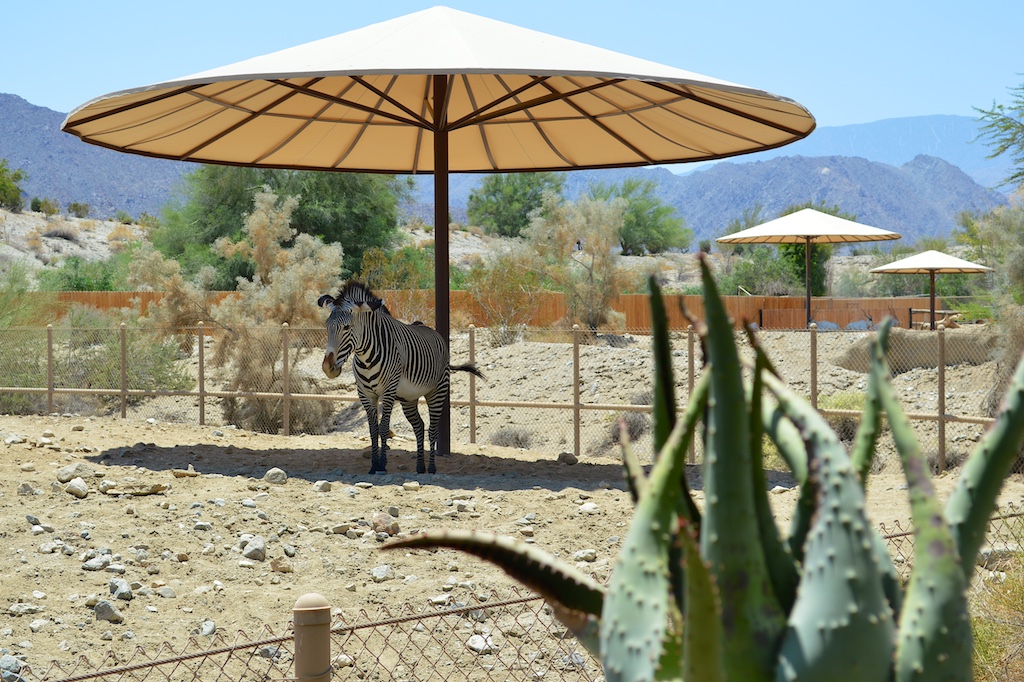 My daughter loves leopards and jaguars. We were one for two on the day. A zookeeper actually said we were very fortunate to see this leopard out in the middle of the day with it being so hot. The jaguar couldn’t be found in its exhibit and it certainly wasn’t for a lack of looking. 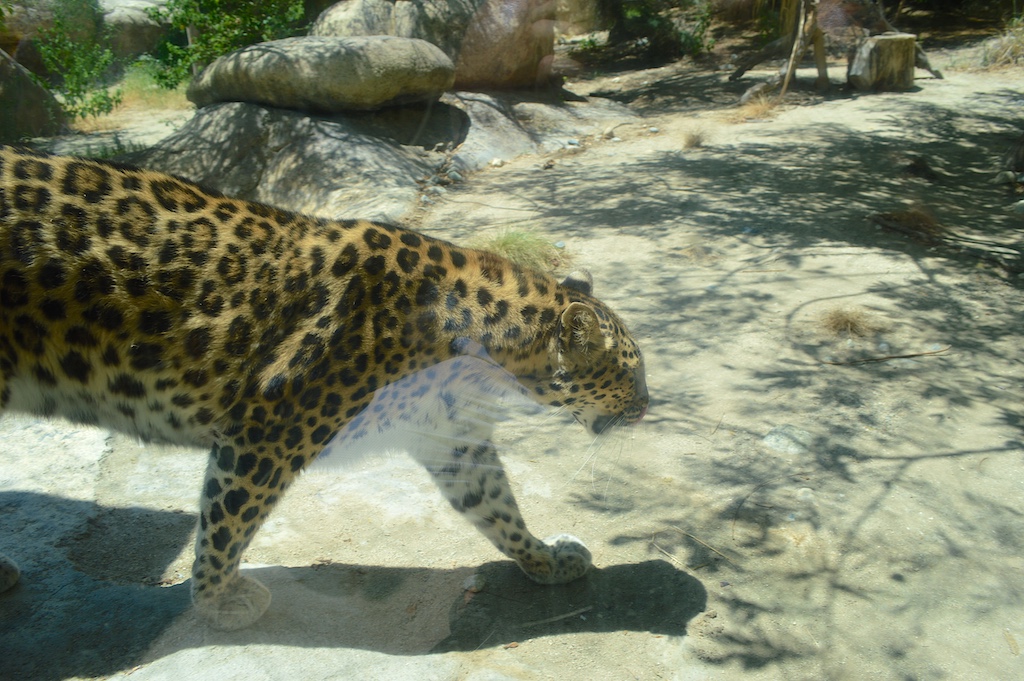 The goat petting zoo gave my wife and I a chance to rest under some misters while the kids chased after some 20 goats to pet. 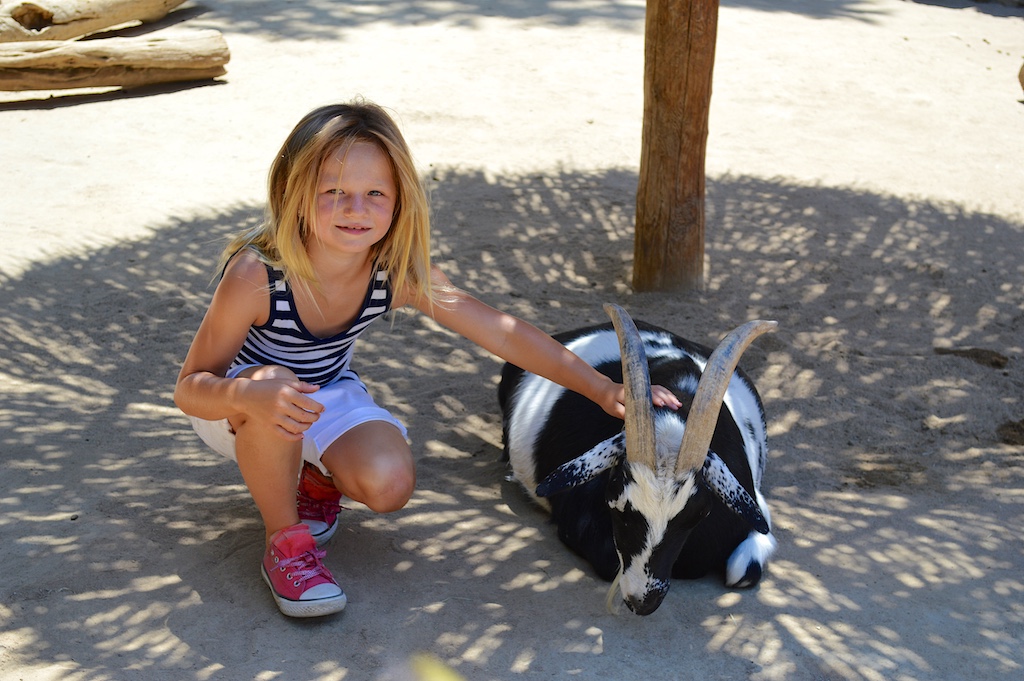 This Ankole Longhorn looks like he is having a hard time holding up his horns. He stood like that the entire 15 minutes my kids were at the goat petting area. 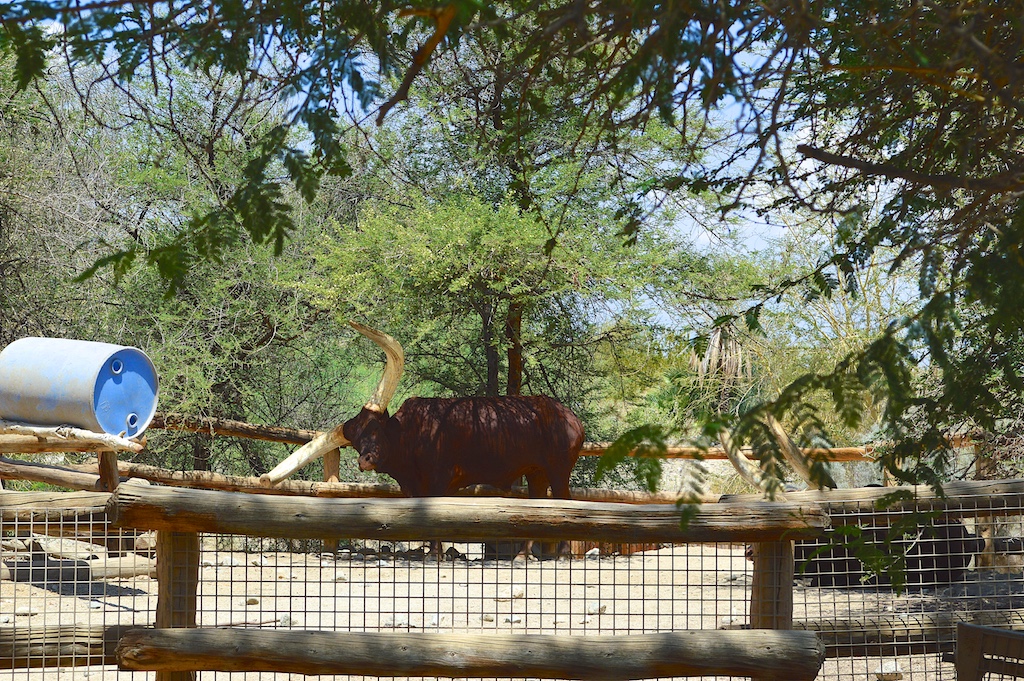 The name of my blog is Married to Plants. So enough of the animals and on to the real reason I was there. Here you see Texas Ranger (Leucophyllum frutescens) in full bloom with Hanging Chain Cholla (Cylindropuntia fulgida) and Yucca rostrata in the background. 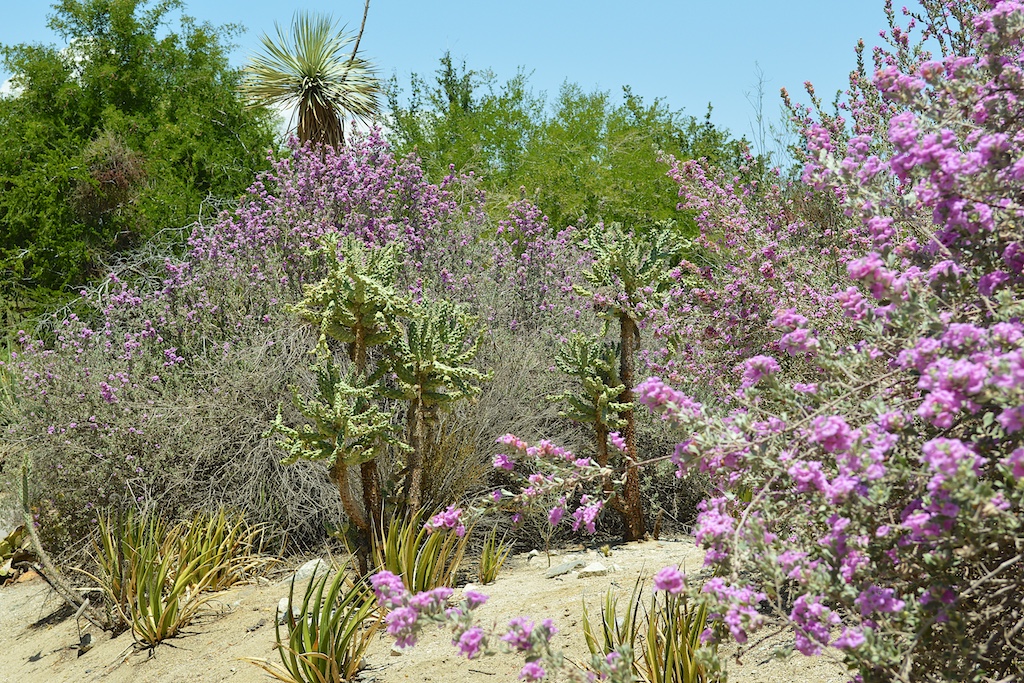 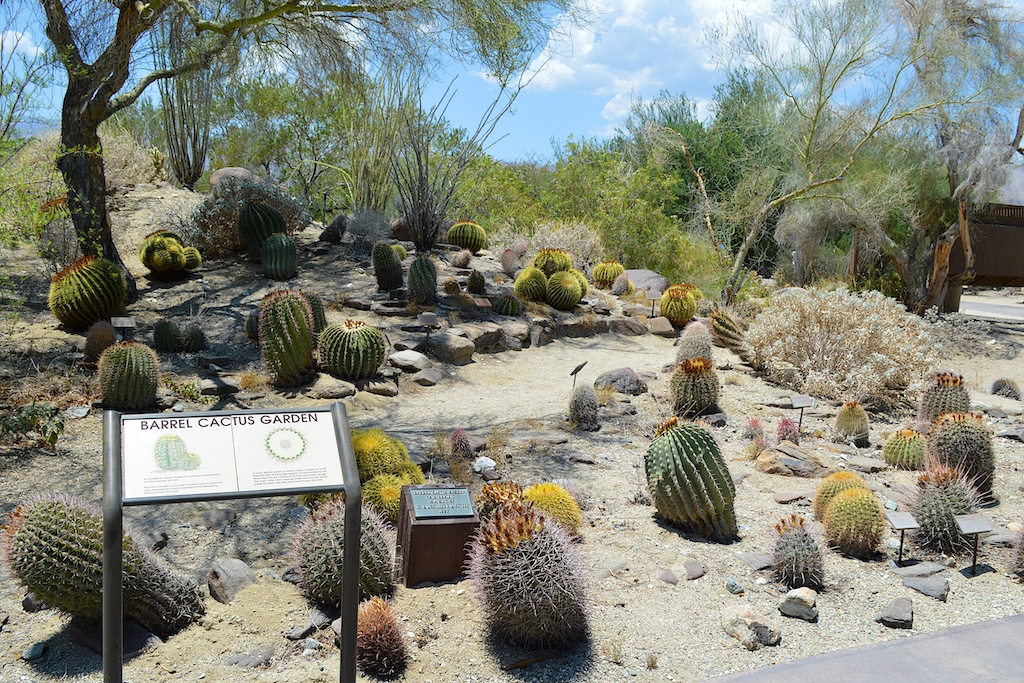 The Living Desert has an onsite nursery called The Palo Verde Garden Center where the general public can buy from a large assortment of desert plants. 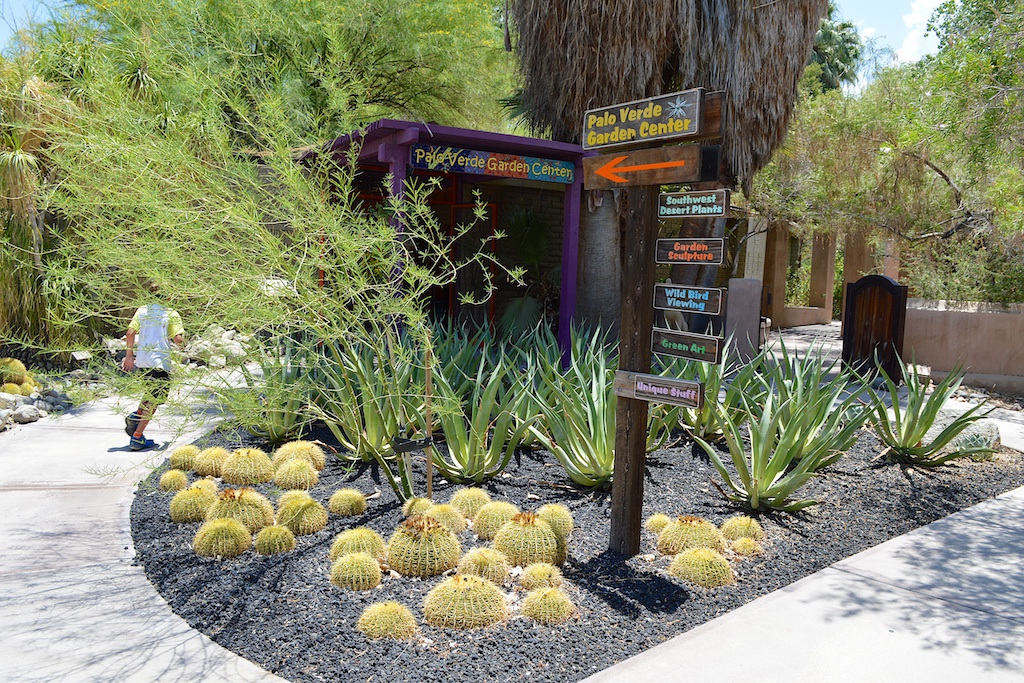 The Living Desert was alive in color. Desert Willow (Chilopsis linearis), Adams Tree (Fouquieria diguetii) and an unknown plant all in flower.

The Living Desert has an impressive collection of Aloes. Aloe dichotoma has always been one of my favorites. I actually lost a 15-foot tall one to rot a few years ago. It still breaks my heart. 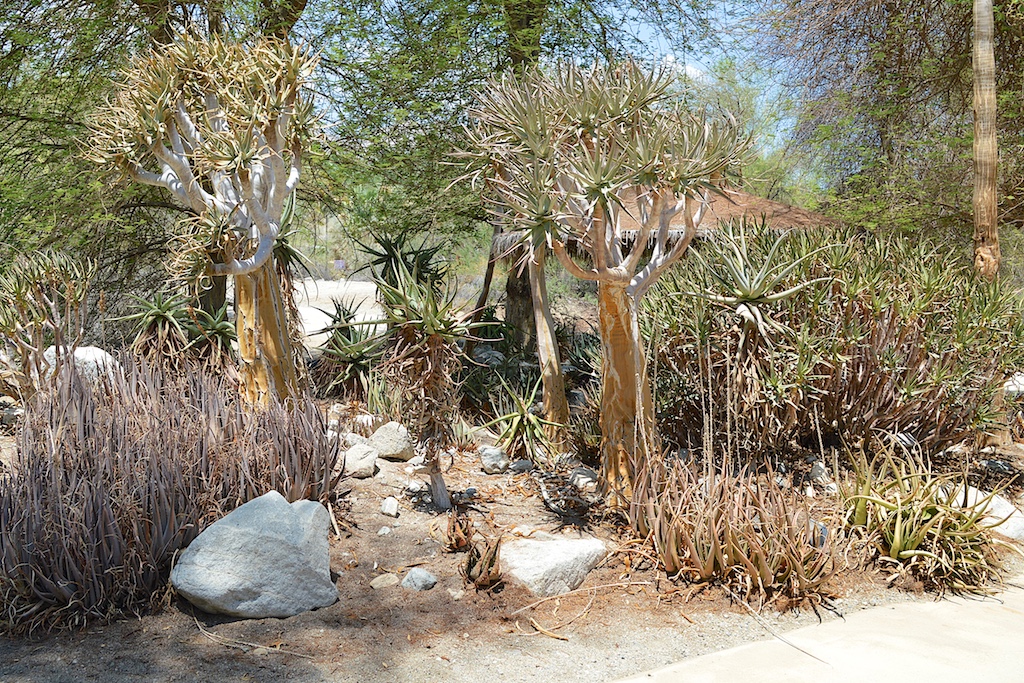 Aloe ramosissima. It is a more branching and shrub-like version of Aloe dichotoma.

Cat’s Tail Aloe (Aloe castanea) is a very cold-hardy, trunk-forming aloe. Reports have it handling down to 20˚ Fahrenheit. 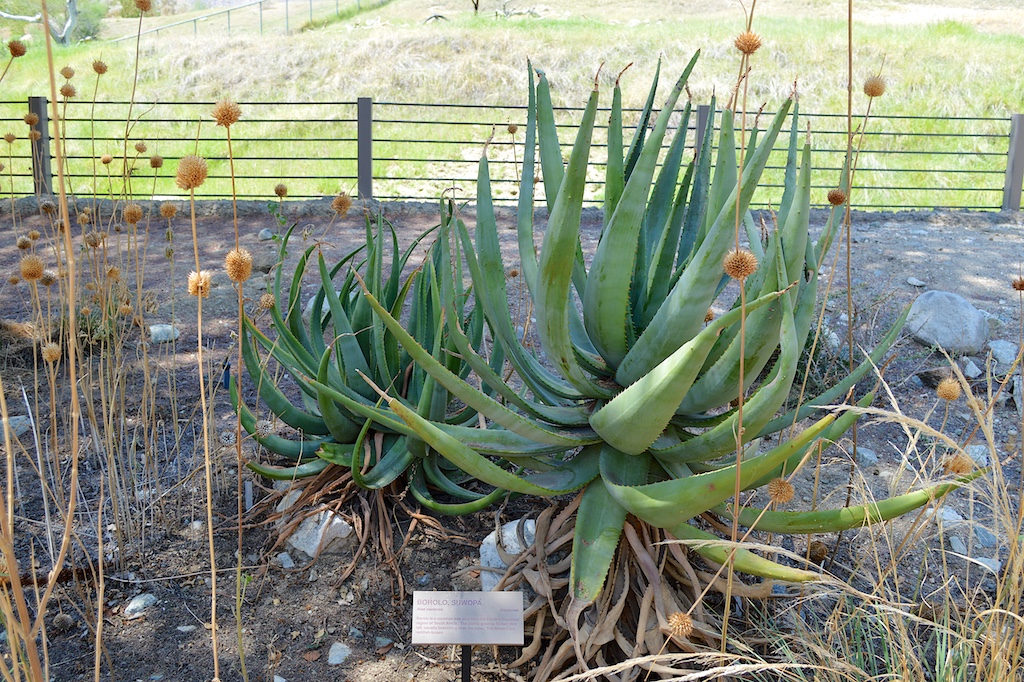 Shaw’s Agave (Agave shawii) is one of only three native Californian Agaves. 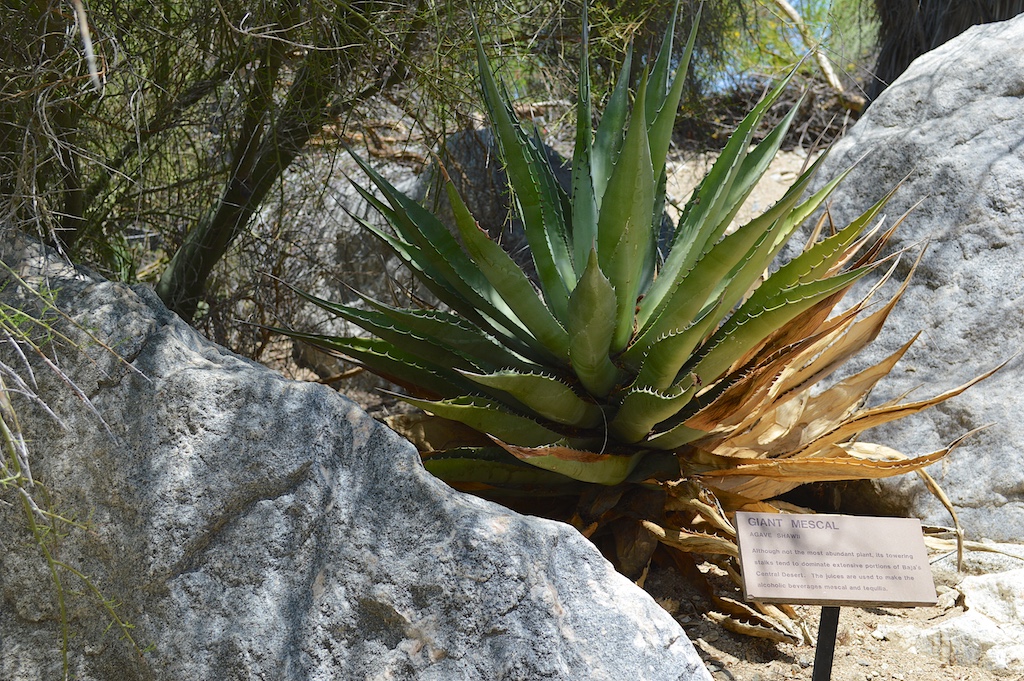 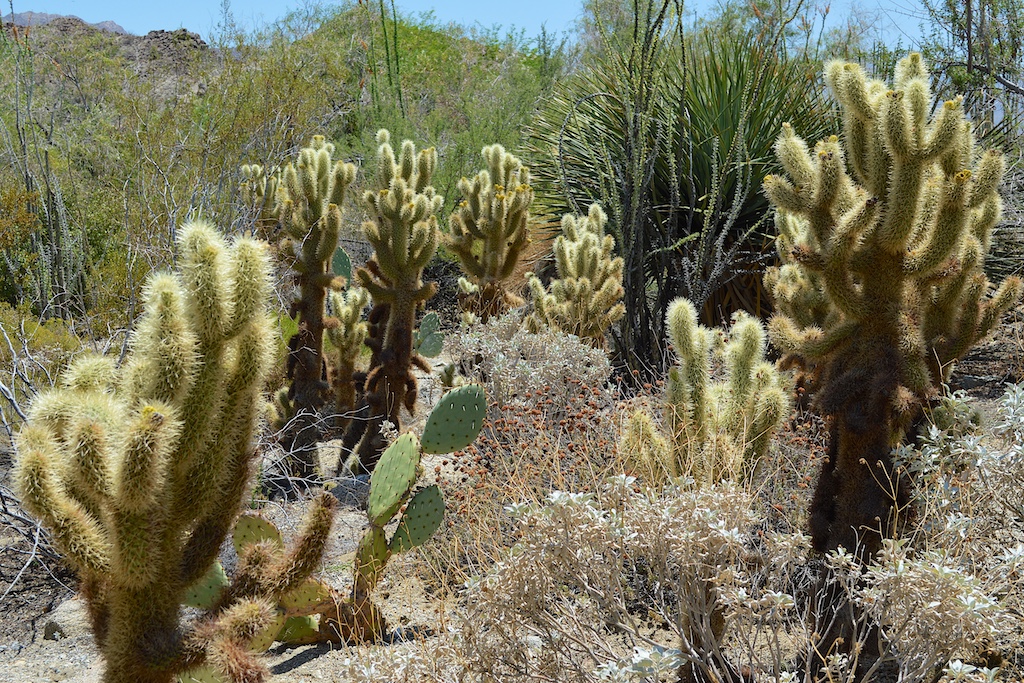 As one would guess, The Living Desert has a large collection of desert trees, Acacias being one of the more prominent. Fever Trees (Acacia xanthophloea) can be found throughout the park. This tree is gaining popularity in water-wise gardens in Southern California due to its beautiful yellow bark. 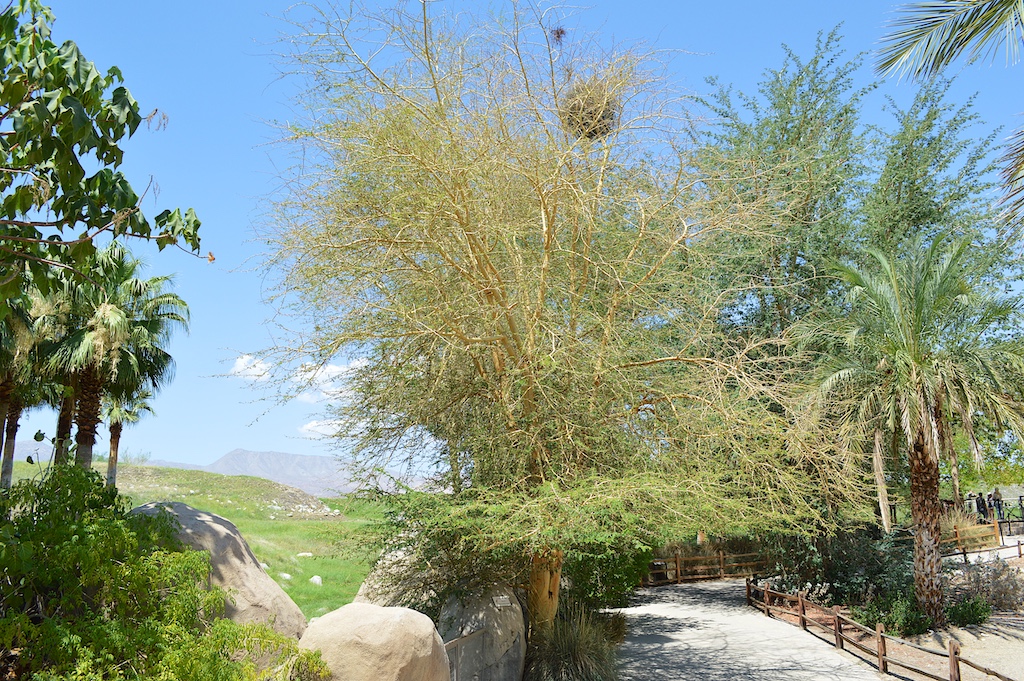 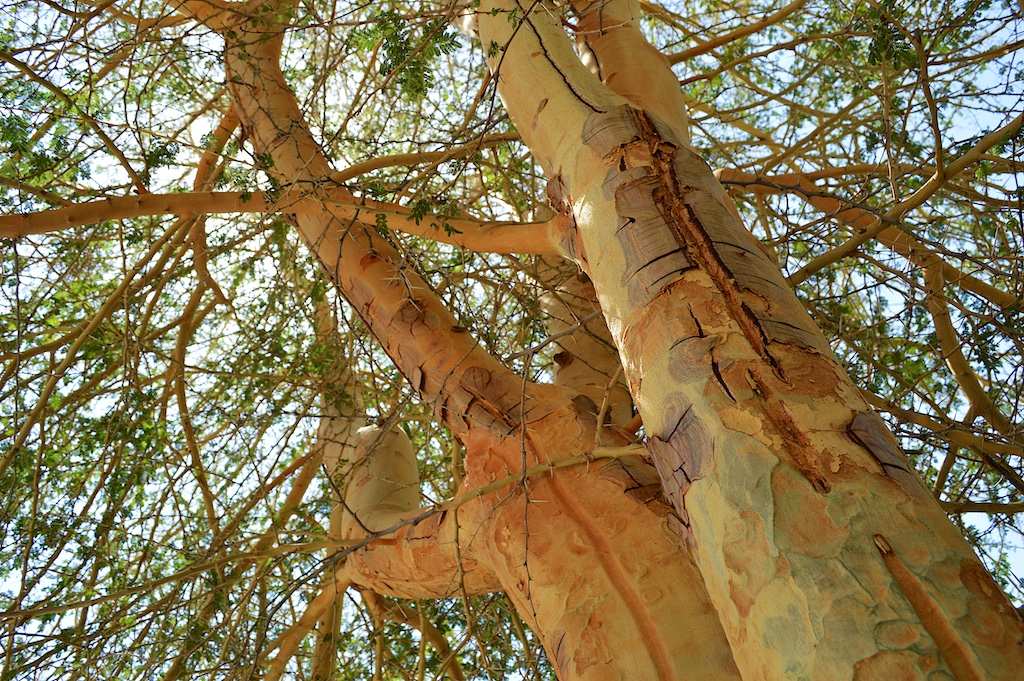 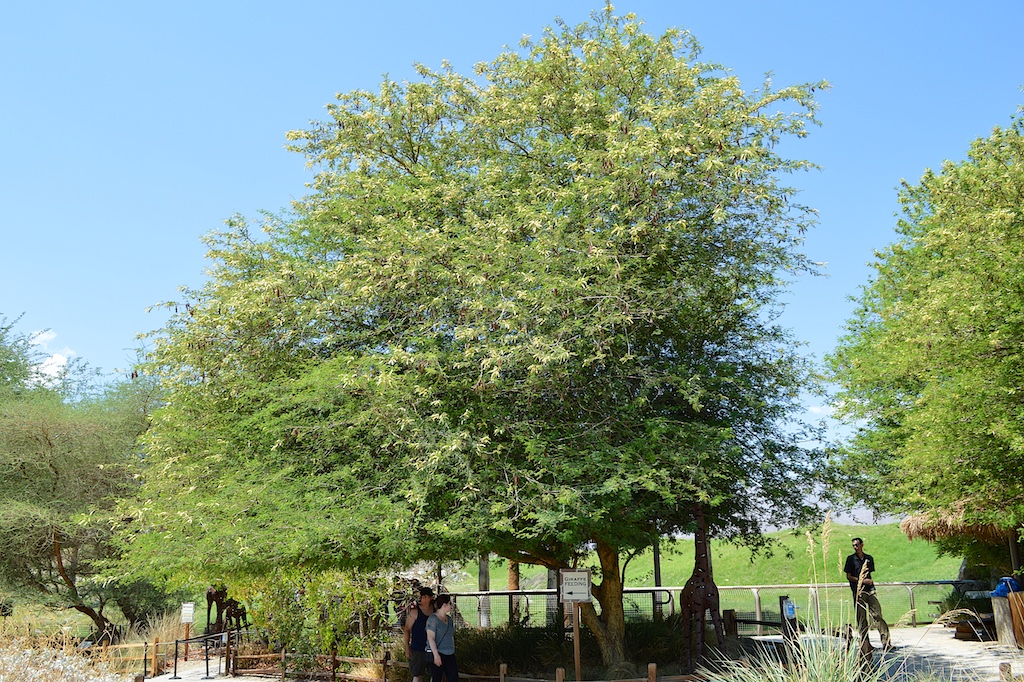 Acacia gerrardii. This guy grabbed my hat and shirt and wouldn’t give them back after I reached in to read the ID tag. 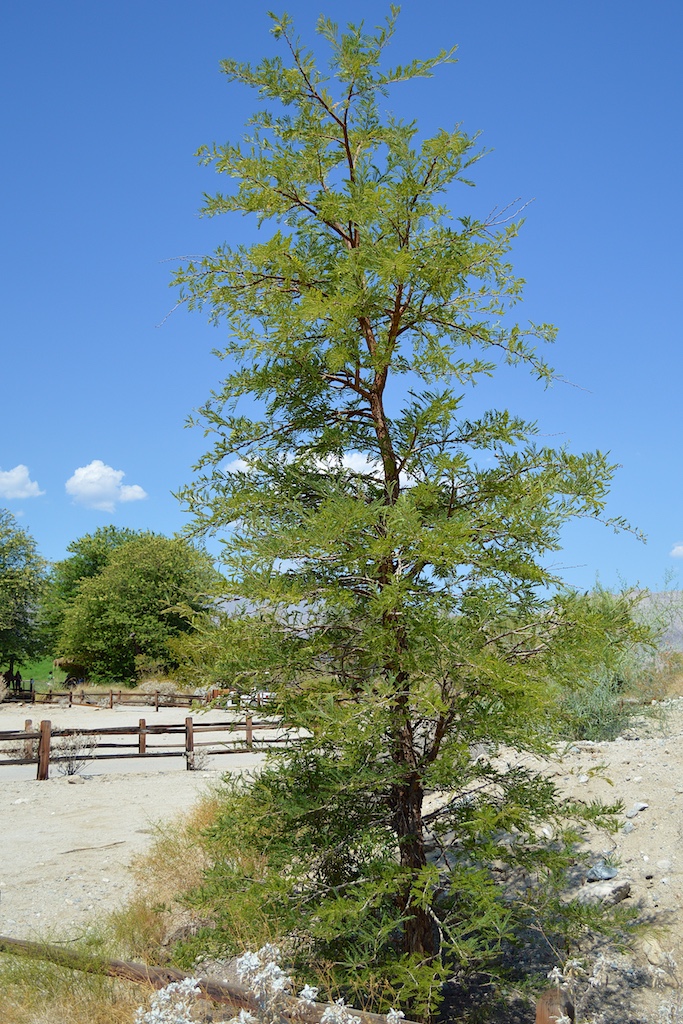 Leadwood (Combretum imberbe) gets its name from how heavy its wood is. 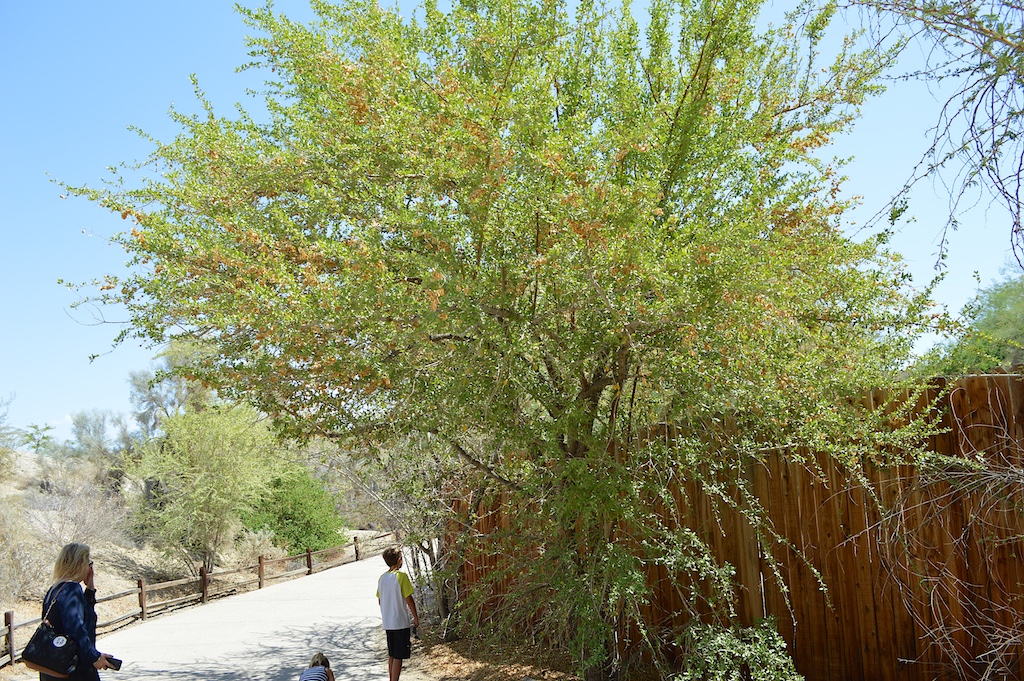 One of the first things to come to mind when you hear the word Bauhinia most likely isn’t “desert.” However, the Kei White Bauhinia (Bauhinia bowkeri) likes it hot and prefers limited summer rainfall. Rather odd for Bauhinia as a whole. 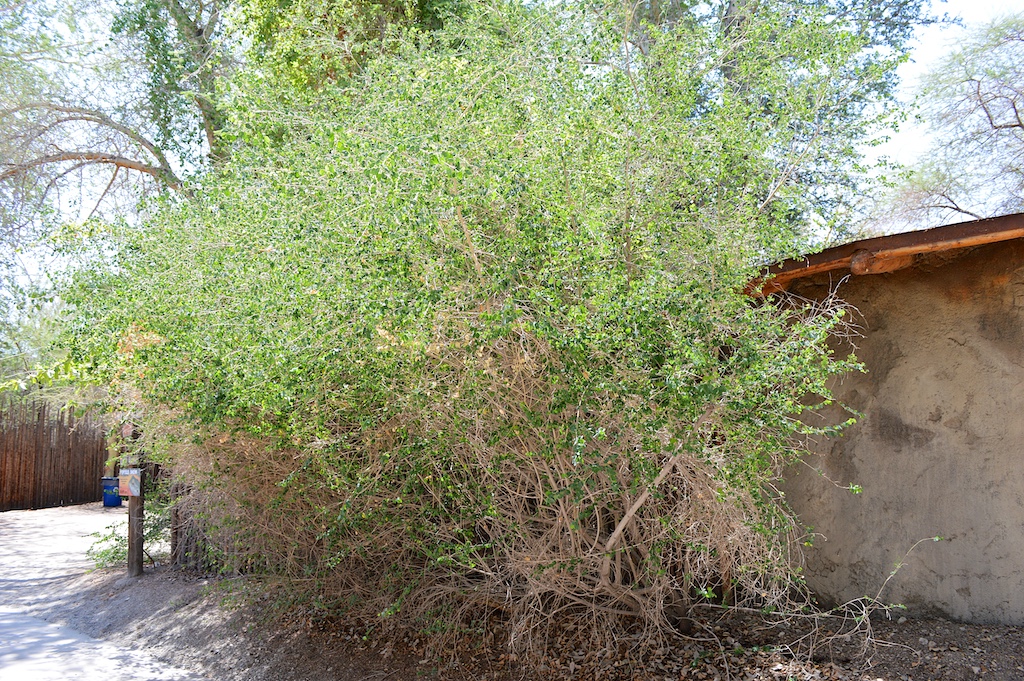 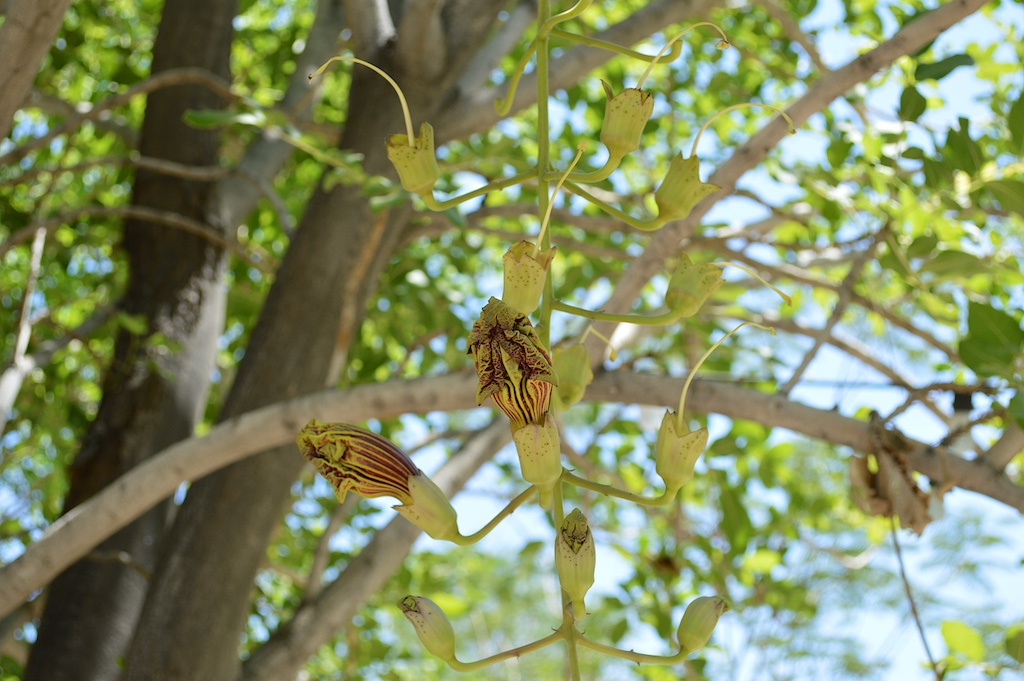 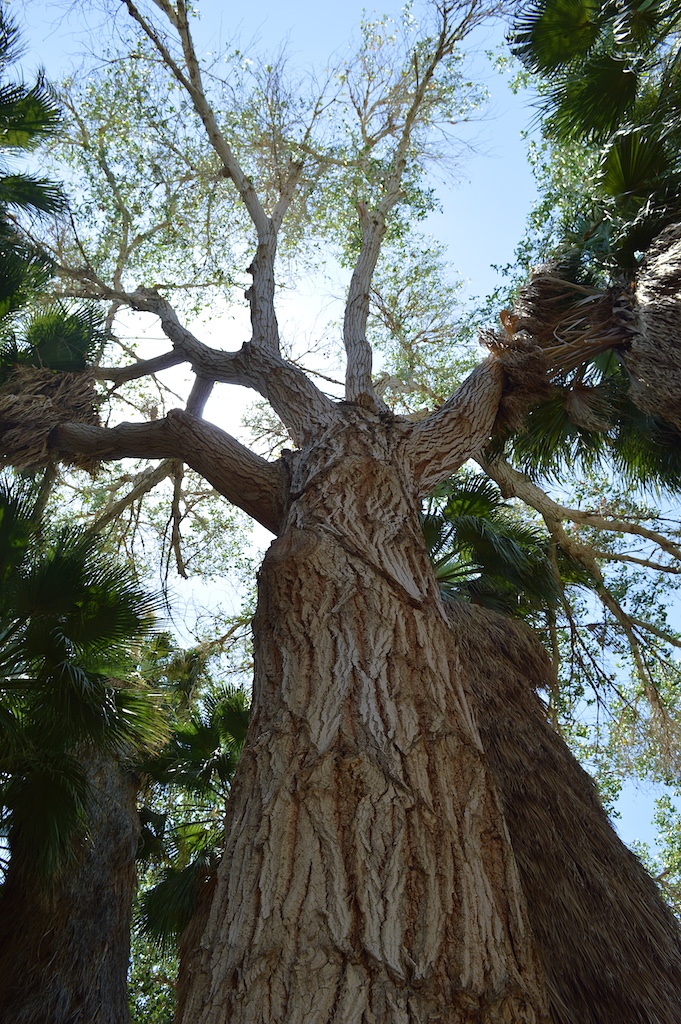 Speaking of palms… The Living Desert Zoo and Gardens has a few of those as well. From left to right we see Butia capitata, Hyphaene coriacea and Phoenix dactylifera. 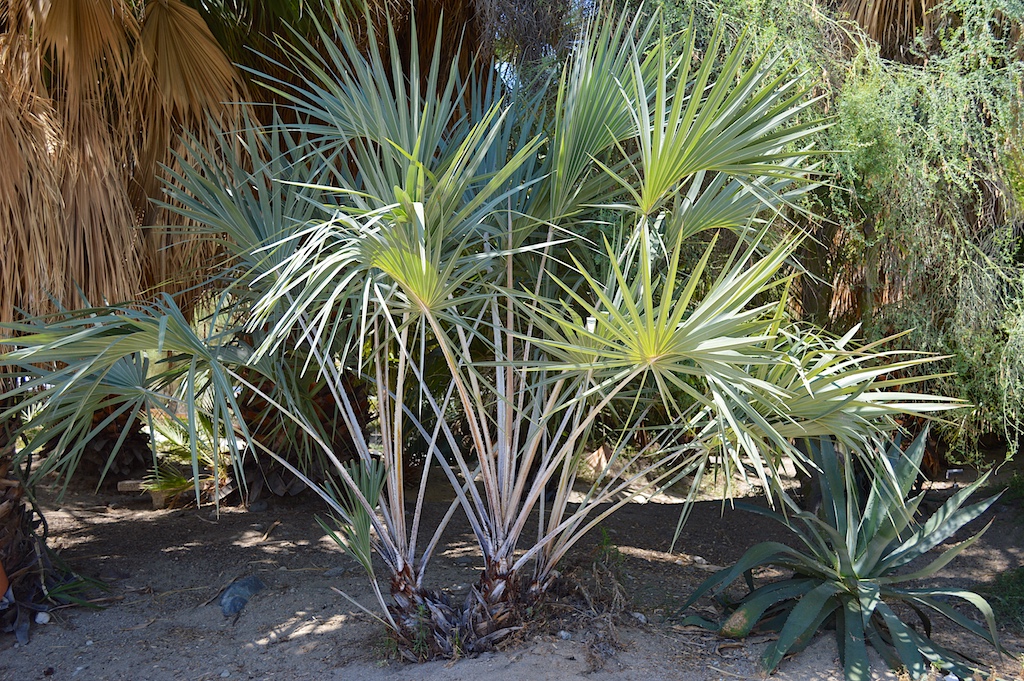 A few more Date Palms (Phoenix dactylifera). The second from the left looks to be dying of Fusarium Wilt.

The Dwarf Palmetto (Sabal minor) is a Florida native.

The California Fan Palm (Washingtonia filifera) is California’s only native palm species. It is found growing in desert riparian habitats where groves of them make beautiful oases. 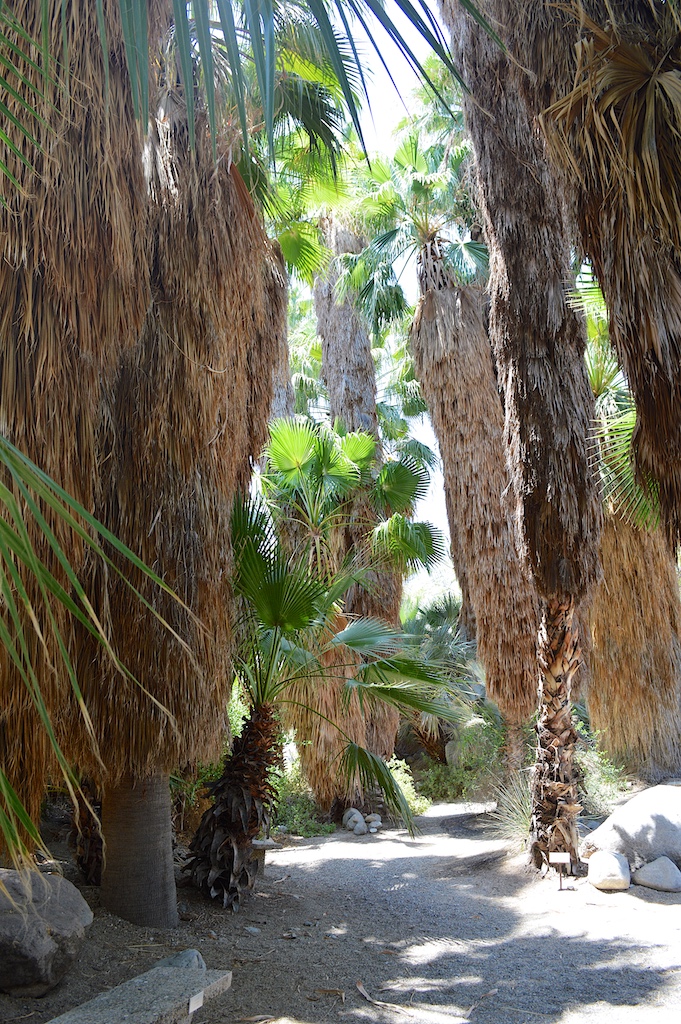 Sago Palm (Cycas revoluta). OK, not a palm tree, but most think it is. Dioon spinulosum is the light green cycad in the center.

The Madagascar Garden was one of my favorites. Anyone who reads my blog regularly knows that I am a huge fan of the plants from Madagascar and many of the plants found in my garden come from the large African island nation. 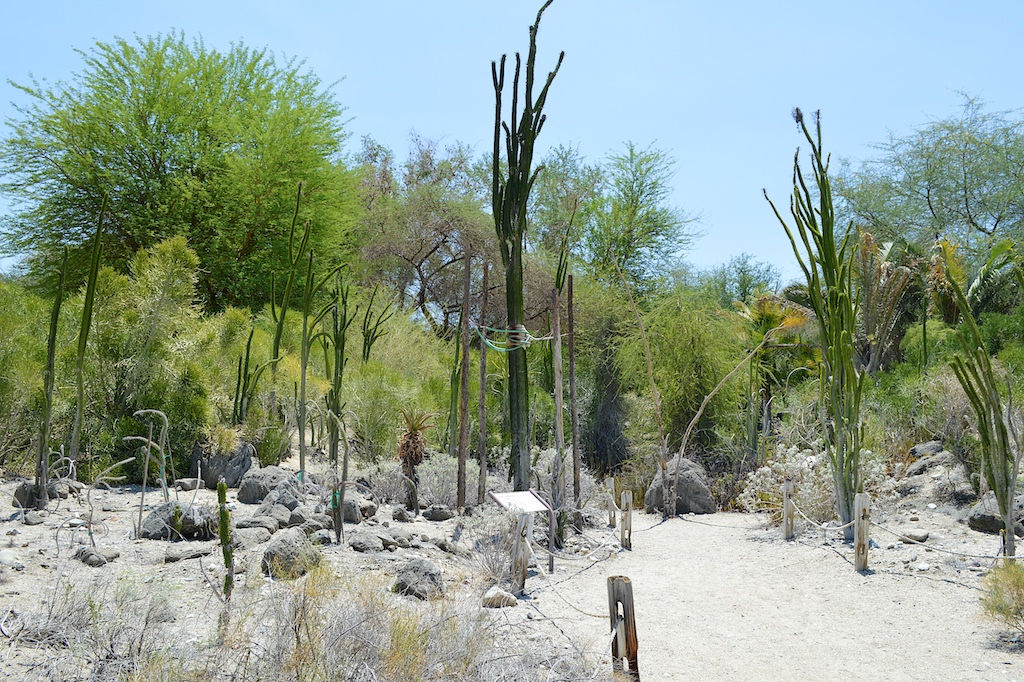 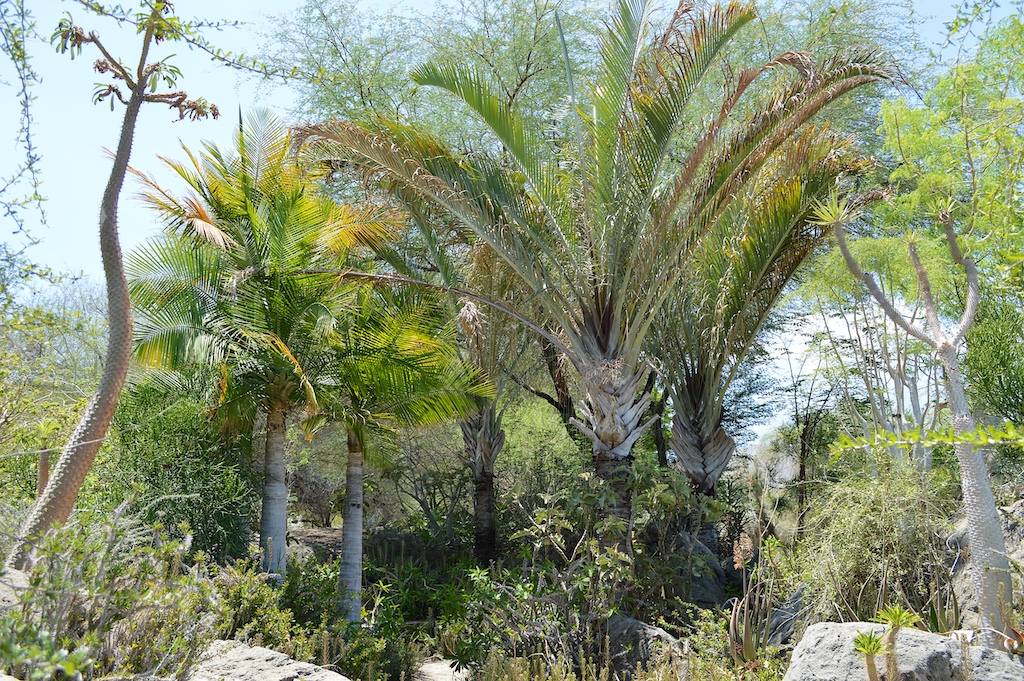 Delonix adansonioides (front right) and Moringa hildebrandtii (two back left) are both famous for their enormously swollen trunks in native Madagascar. 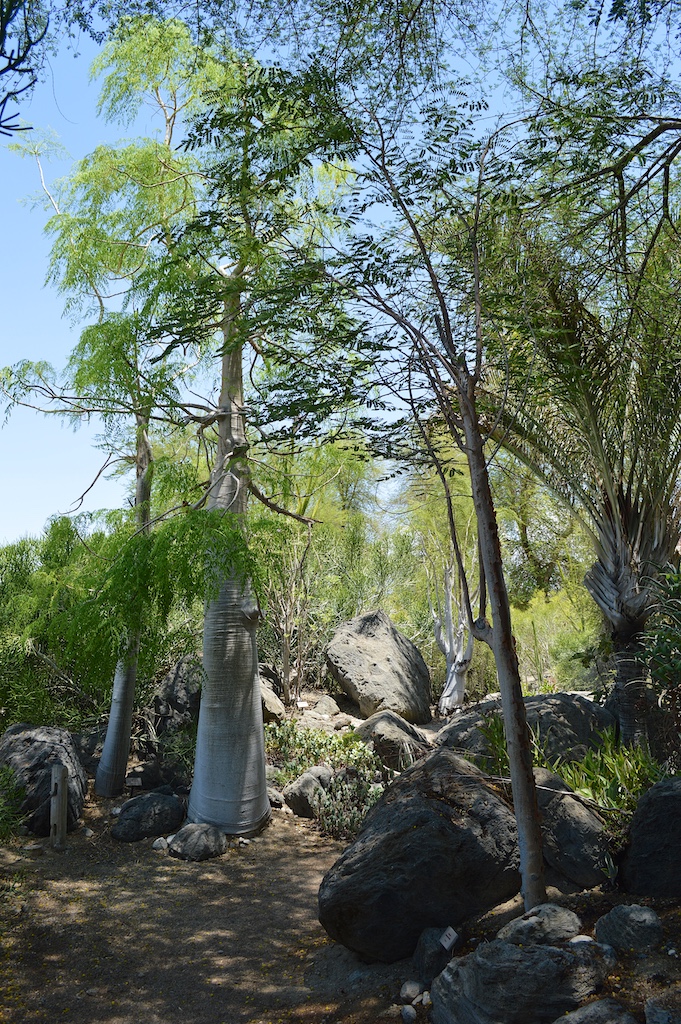 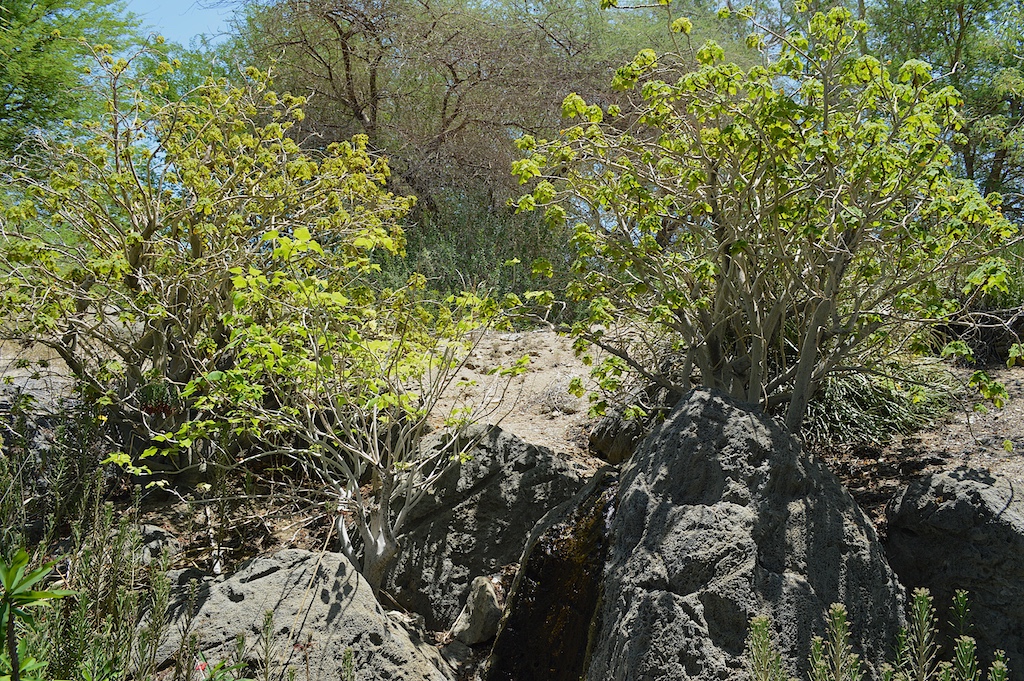 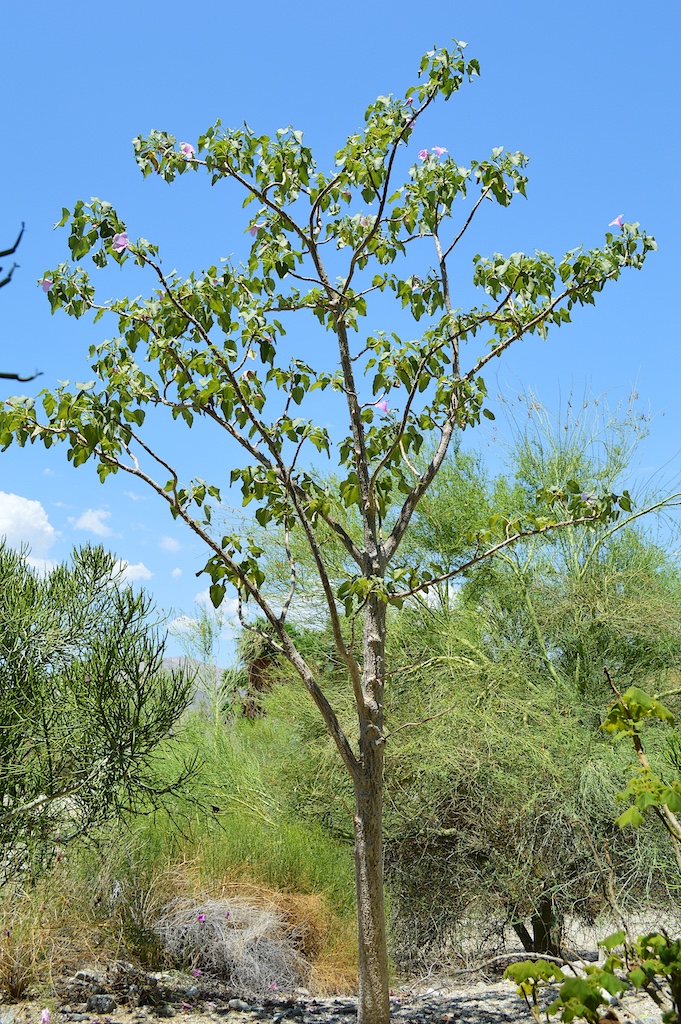 There finally came a time when the kids’ never-ending search for shade or AC made it too difficult to keep track of them and the plants at the same time. Not to mention the belly-aching reached epic levels by 1:00 PM. All totaled, we ended up spending close to 2.5 hours at The Living Zoo. I still feel as though I missed 90% of what they had to offer. My next visit will be in the winter and with fellow plant lovers.

In closing, I think this picture says it all. It was time to go.

As we made our way to the parking I snapped one last photo. My seven-year-old daughter looks at me and says, “We are the dumbest family ever. No one comes here ’cause it is too hot.” Temperature reading in the car? 103˚. It seems we were leaving Palm Desert during a cooling trend.