In the summer of 2010 I went on a flowering tree buying spree. I wanted to add a few hard to find, but even harder to grow, flowering trees. One of the plants I acquired was a small Fernandoa magnifica that I purchased from Top Tropicals in Florida. Other than a few photos found on the Internet, not much was known about this plant. It did, however, have somewhat of a mythical status from travelers who had seen this tree flowering in Central Africa, so it became something of a Holy Grail for flowering tree collectors. By all accounts it was a gorgeous small tree with a beautiful flower. Hence its name: “Magnifica.”

The first year, I grew the tree in my greenhouse to get it to a good planting size. By the summer of 2011 it was ready to be planted in the ground. Due to the fact that the tree is native to tropical Africa and that no one had tried growing this plant in the ground outside here in Southern California before, I decided to plant it in my protected courtyard. There it spent the next two years.

My Fernandoa magnifica was a steady grower in the courtyard. Late each winter it would drop its leaves and by spring it would leaf out again. Watching it grow during those two years in the courtyard I had come to the conclusion it would be a larger tree than I had anticipated, and that I had to move it while I still could without killing it. So last summer I carefully dug it up and planted it on top of my hill in a nice sunny area of the yard. The transplant went great and the tree continued to grow well. 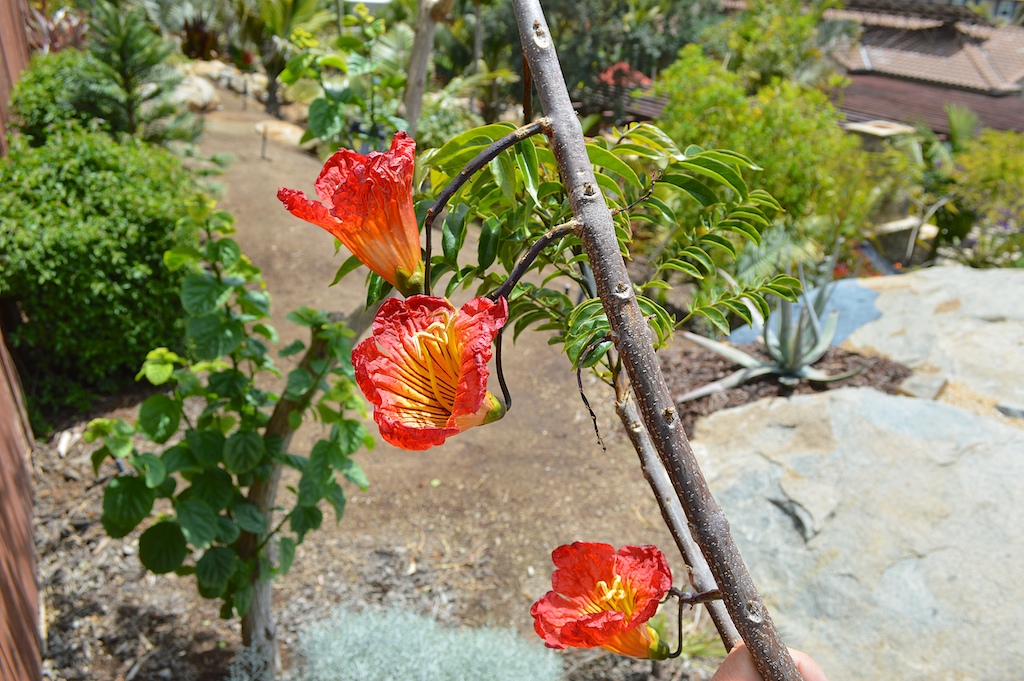 This year we had the mildest winter in history for Vista. Winter was more like a typical spring here. I believe my Fernandoa magnifica approved of the weather because by March I noticed many racemes coming right out of the branches. It took almost a month from when I first noticed the racemes to when the first bloom opened. The flower pictured below is special because it is the first documented flowering of this species in the ground in California. Like most other flowering plants in the Bignonia Family, the flowers only last a day. 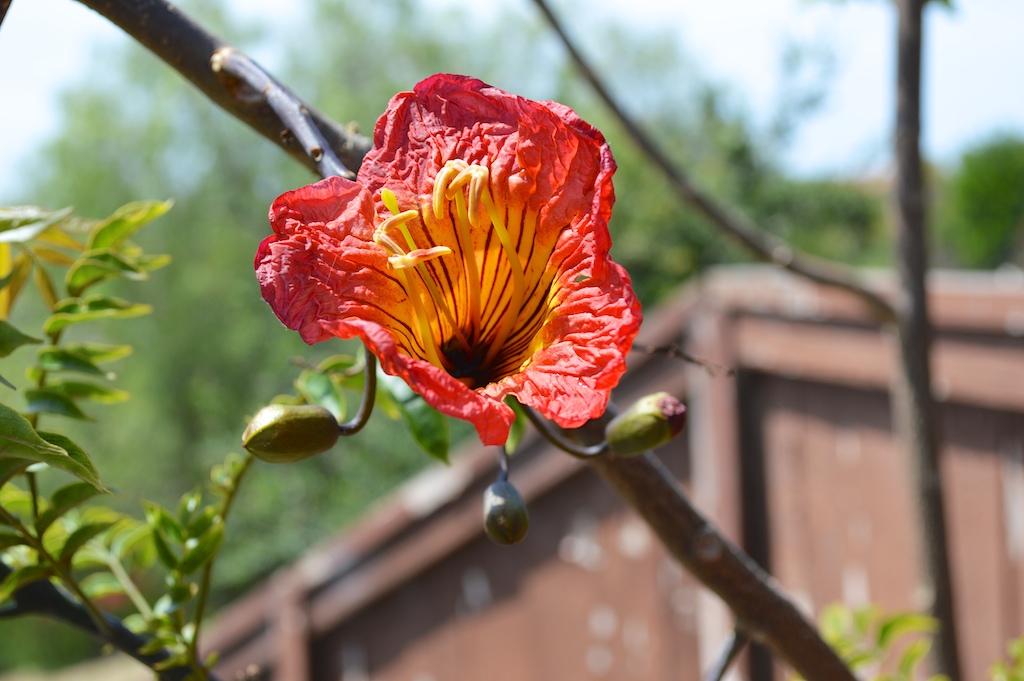 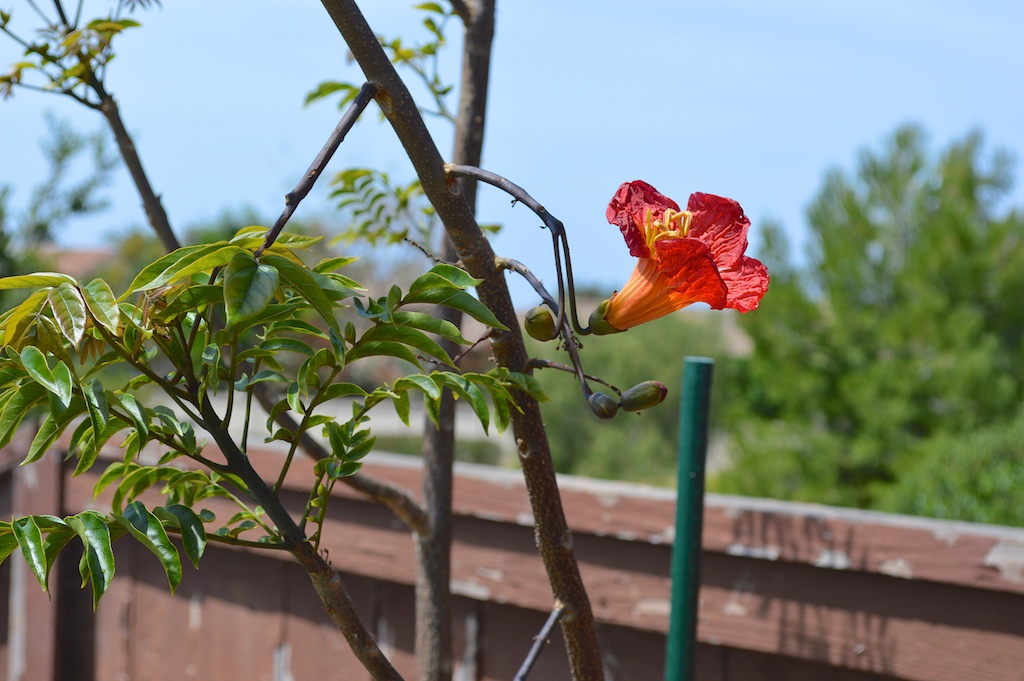 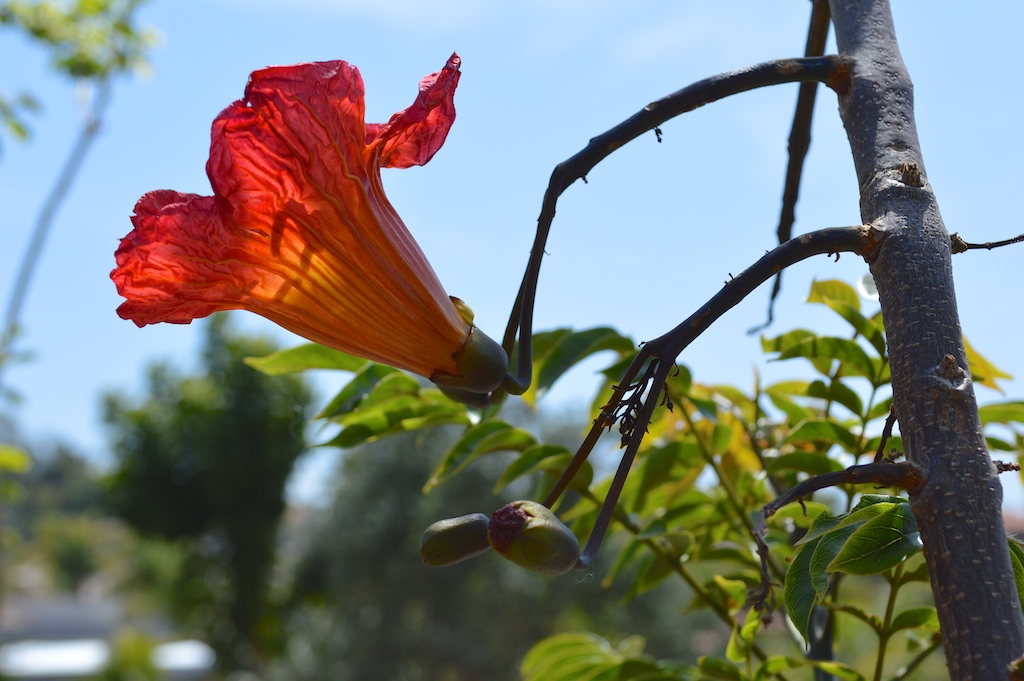 For those with acute eyesight, you will have noticed the numerous aborted buds in the pictures. During the development of the flowers we were hit with a week of cool weather. The nights were in the 40s and the days in the high 50s. The cool temperatures caused all but the larger, older buds to abort. It is for this reason that I believe that under normal winter temperatures this tree will not flower in Southern California until it gets to a larger size. This is in line with what we see from other flowering trees from tropical Africa – such as Delonix regia (Royal Poinciana). Of course, I hope I am wrong and that each spring I can enjoy the beautiful flowers. 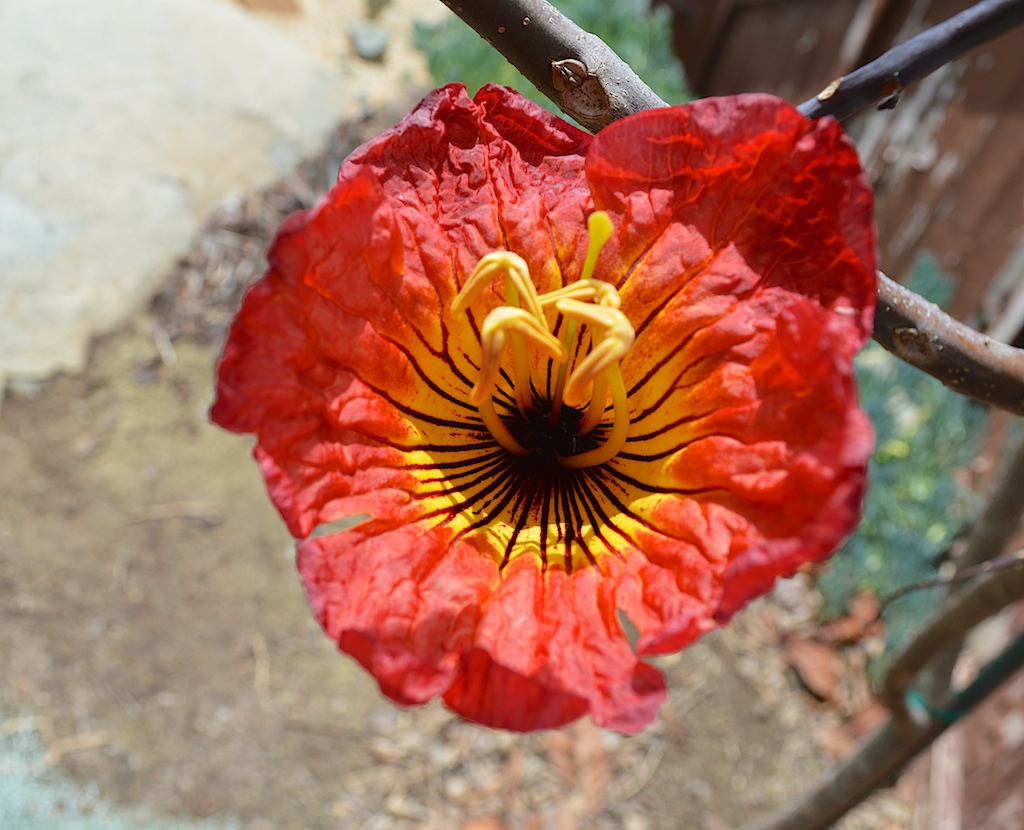 One final point of interest that is not showing in my photos is that these flowers hold a lot of blackish-colored nectar in them. Certainly more than any other flowering tree that I grow. Plus, the nectar has an interesting fragrance to it. I never witnessed any bees trying to go into the flowers either. So either the nectar just isn’t appealing or it was just random that there were no bees present.

I was quite proud to see my Fernandoa magnifica flower here. Over the years I have experimented with so many different tropical trees and have had such limited success that this achievement makes all the failures worth it. It is unexpected victories like this that make you keep trying new and untried plants as a gardener.