There are two easily confused Umbrella Trees that have been grown for many years in Mediterranean climate gardens. One is Schefflera actinophylla and the other is Schefflera pueckleri—if I were to label them with the most recent nomenclature. However, any old-time gardener will instead remember Schefflera pueckleri as Tupidanthus calyptratus instead. I actually still have an issue with the name change. So for the sake of this post, Schefflera pueckleri will be called by its old name: Tupidanthus calyptratus. In the world of plants, botanists are either lumpers or splitters when it comes to botanical nomenclature. I guess the lumpers won that day.

So what is the easiest way to tell if you have a Schefflera or Tupidanthus? Of course, the answer has to be to wait for it to flower. What do you look for? If the flower is coming off the terminal end of the branch, it is a Schefflera. A Queensland, Australia, native, Schefflera actinophylla shows off what I am referring to. By the way, this is the most attractive Umbrella Tree when in bloom, in my opinion. 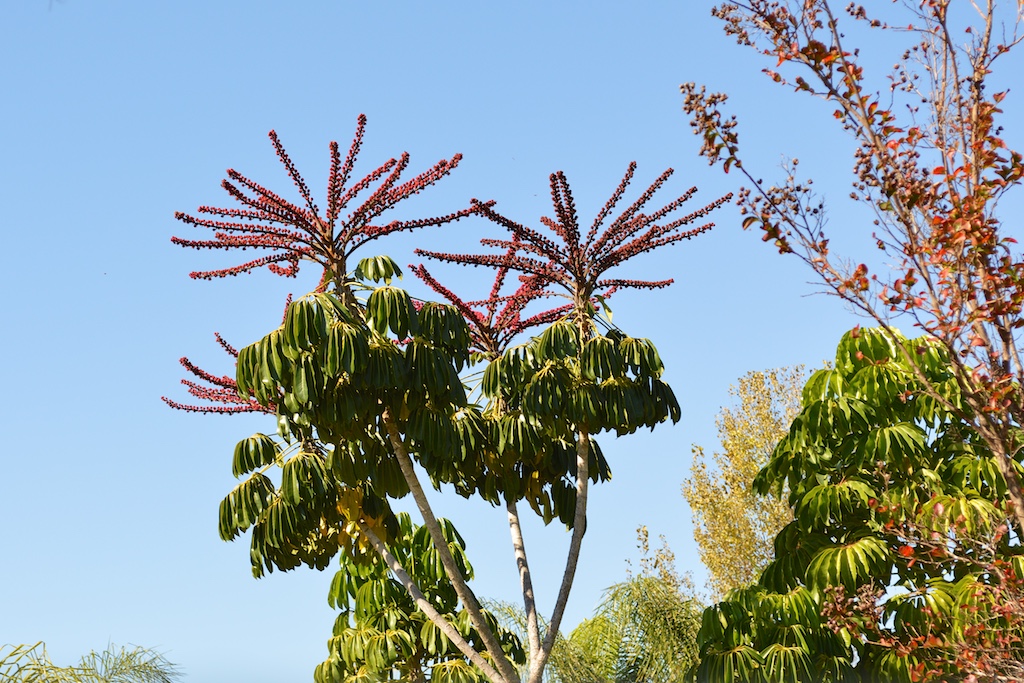 You can see the leaves that used to come out of those branches have been replaced by a flower. This forces the plant to make new growing points off the branch in order to continue its growth. Here is a photo of a flower from my Schefflera arboricola “Variegata” that also illustrates what I described above, in that the entire end of the growing point has been replaced by a flower. 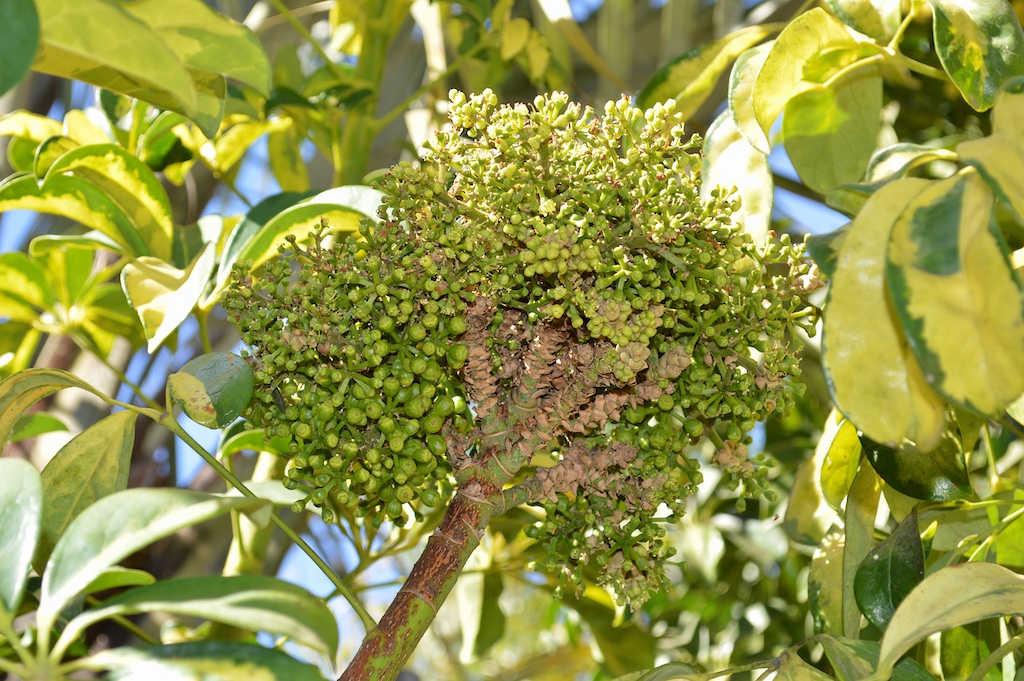 The fruit of Schefflera arboricola “Variegata” is quite attractive. It goes from green to yellow to orange to red and finally purple when ripe. 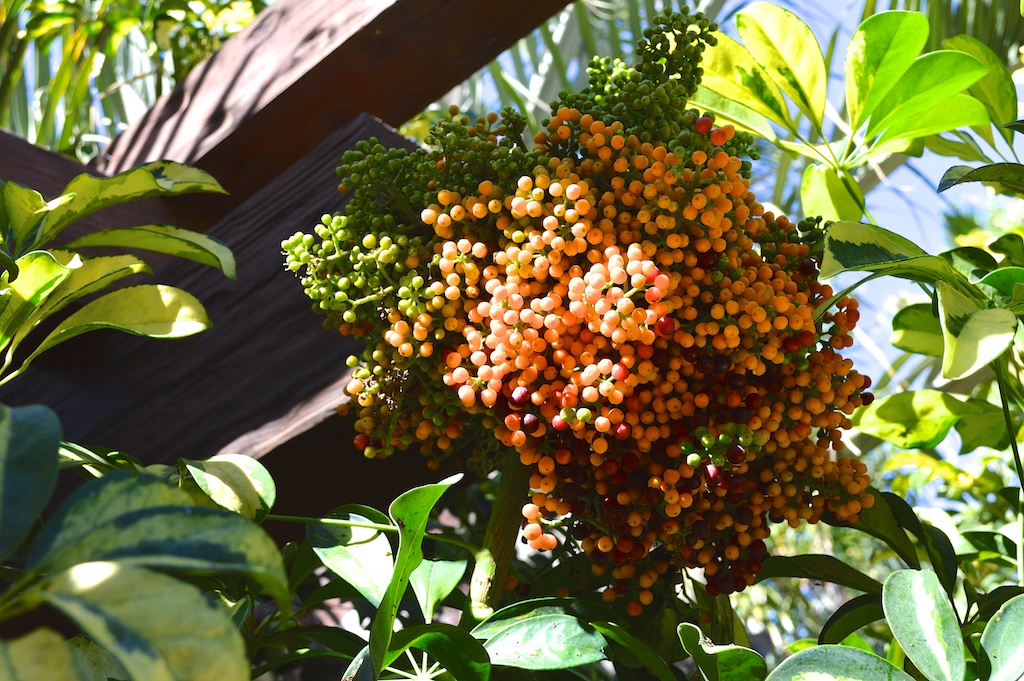 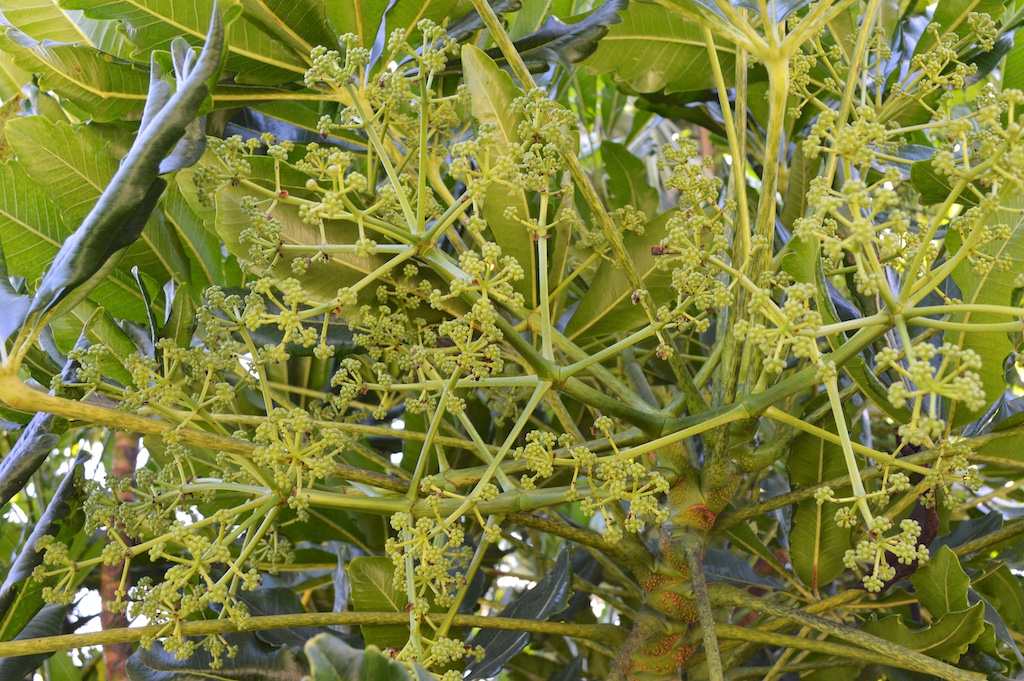 What would you guess here? Schefflera or Tupidanthus? 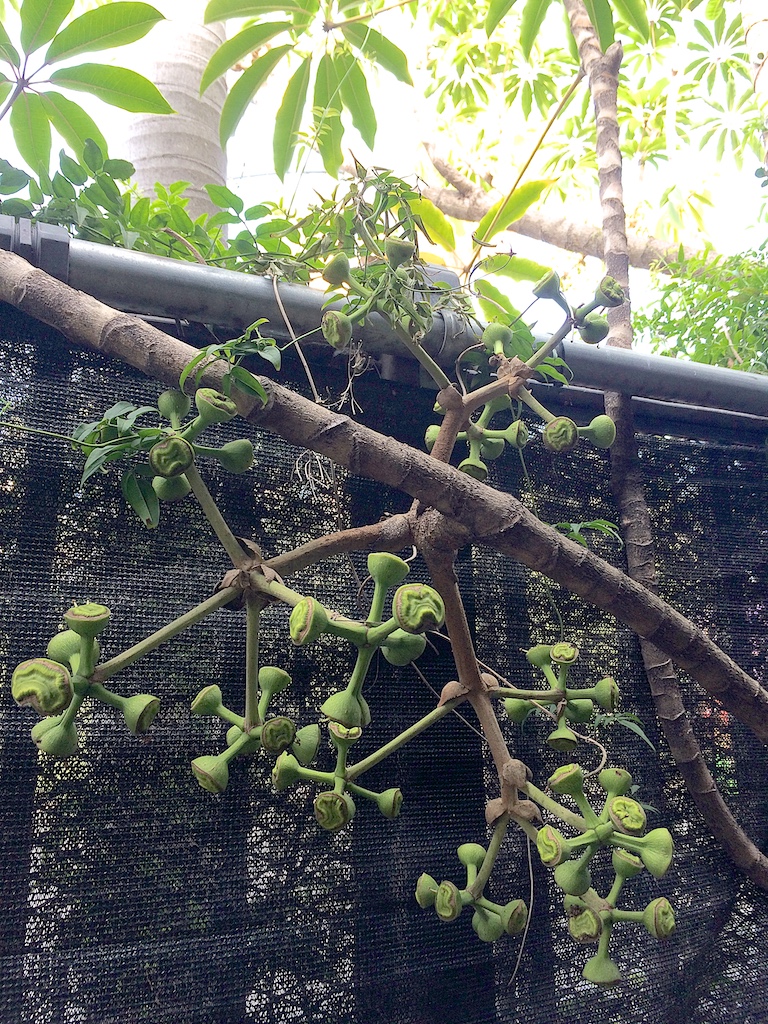 Another interesting fact about the flowers is that Tupidanthus calyptratus produces male and female flowers on each tree (monoecious), but Schefflera actinophylla and Schefflera arboricola only have one gender of flower on each tree (dioecious). So if you want to propagate one by seed, you need both a male plant and a female plant.

Past seeing a Schefflera actinophylla or Schefflera pueckleri in flower, I am really not sure how one could differentiate the two. I have heard people talk of a difference in growth habit or leaf shape, but I just haven’t seen it.