The Bird of Paradise (Strelitzia reginae) is a native of South Africa and is closely related to the banana tree. It is one of the most popular flowering perennials that can be grown in a Mediterranean-type climate. The Yellow Bird of Paradise has been known for a while now and really started to become a hunted plant in the 1970s. Like the orange form, it is easy to grow in the right conditions and needs a lot of sun to bloom en masse. Also like the orange-flowering Strelitzia reginae, the yellow form blooms year round but heaviest in cooler weather. 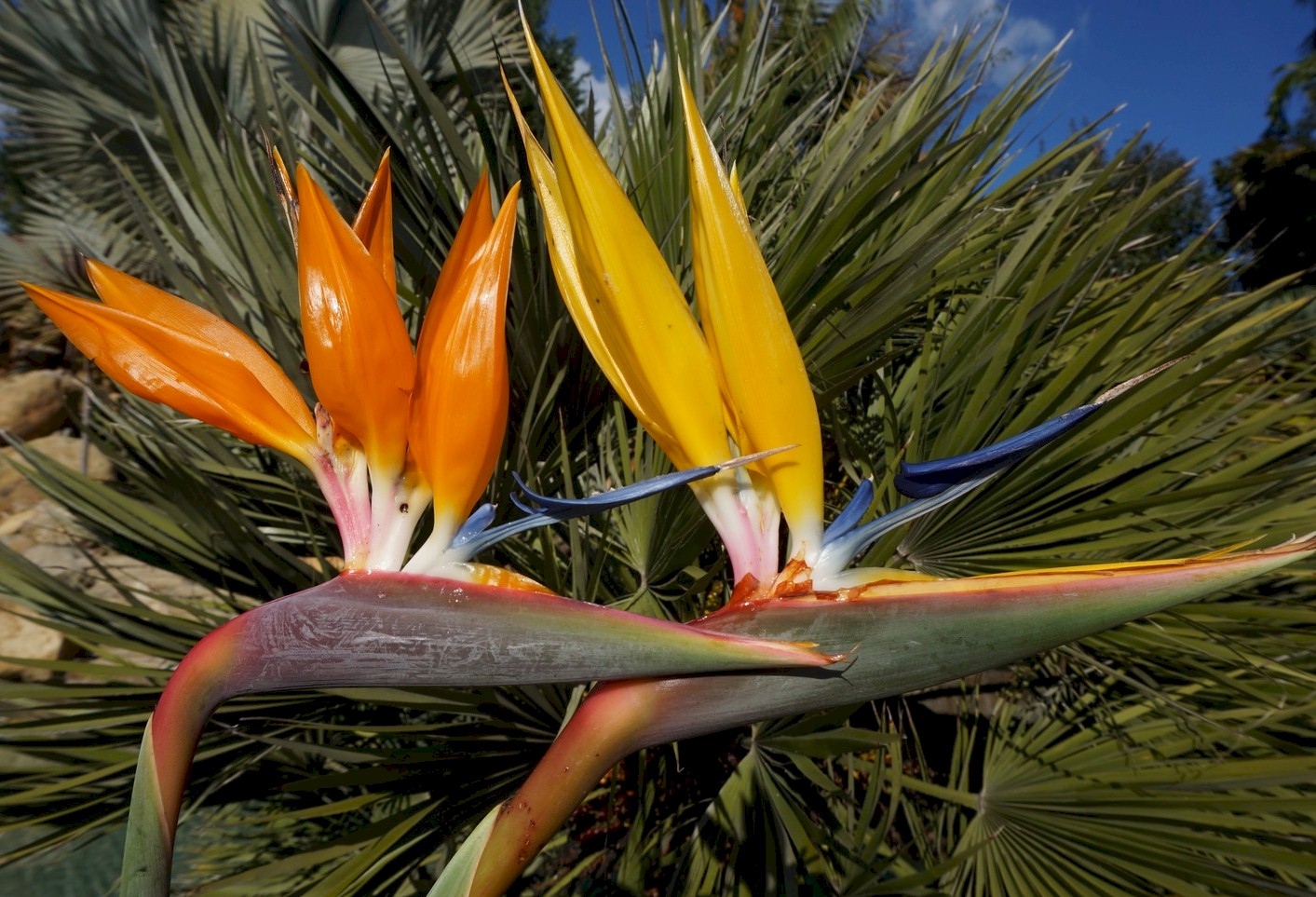 The Yellow Bird of Paradise, ‘Mandela’s Gold,’ was released and traded under the name ‘Kirstenbosch Gold’ until 1996 when it was renamed in honor of Nelson Mandela. I have found them to be slower growing than the Orange Bird of Paradise, and when divided it can take a while for them to reestablish themselves and flower again. Plants always look their best when dead flowers are removed, clumps are thinned out, and older leaves removed. One of the reasons the yellow-flowering form is so rare is because it takes two yellow plants to get yellow progeny. It is highly recommended you only buy seed from trusted sellers or from sellers that offer divisions.

Personally I don’t find the Yellow Bird of Paradise ‘Mandela’s Gold’ flower to be as charming as the orange. The orange flower really stands out in the garden while the yellow comes across a little muted. On really nice forms the yellow color can be bright, but I have found most to be an off-yellow (as you can see from my comparison photo above). I find the most dramatic impact is to plant a yellow form next to a group of orange. This is how they always seem to grab the attention of visitors to my garden, with most surprised a yellow form even exists.