A few weeks ago I wrote a blog post showing off a bunch of my larger aloes that were in bloom. I mostly included the stem-forming varieties along with a few larger, non-stem-forming types. This week I will show some of my small aloes that were in flower around the same time. When growing dwarf or small aloes, it is more about the leaf color, shape, or growth habit than it is about an eye-catching flower. For that reason I didn’t include these plants in that earlier post. As you will see, the flowers on these smaller aloes are nothing to write home about. Another thing you will notice is how similar the flowers are.

As a guy that preferred larger statement pieces in a garden, I of course gravitated towards the larger tree-like aloes early on. In fact, some of the very first plants in my garden were Aloe barberae, Aloe dichotoma and Aloe plicatilis. However, over time the little guys have grown on me and I have since added quite a few to the garden over the last couple of years.

This is one of my favorite small aloes that I have planted in the garden. This is true Aloe squarrosa and it is not easy to find. Most of the plants called Aloe squarrosa are really Aloe juvenna. The heavily speckled and recurved leaves, plus the clean stem, make this a real winner in my book. 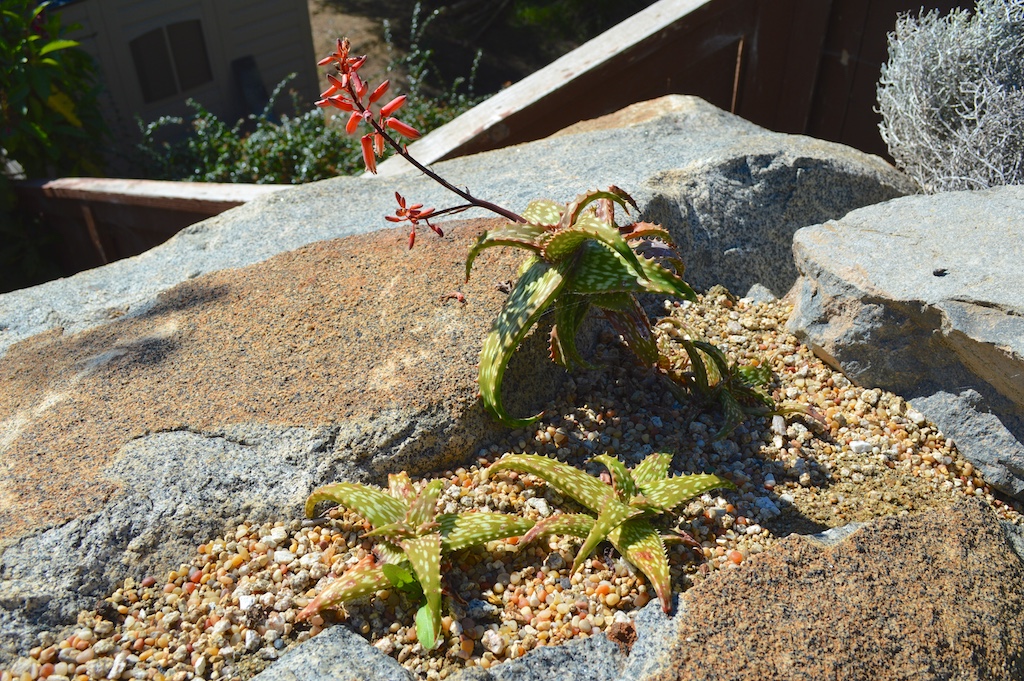 Aloe ‘Christmas Carol’ is a multi-generation hybrid that was made by Kelly Griffin. It is one of the many ever increasing types of these Kelly Griffin dwarf aloe hybrids that are being produced. It is easy to see why you grow this aloe for the interesting leaves and the various colors they come in, because the flower is not impressive at all. 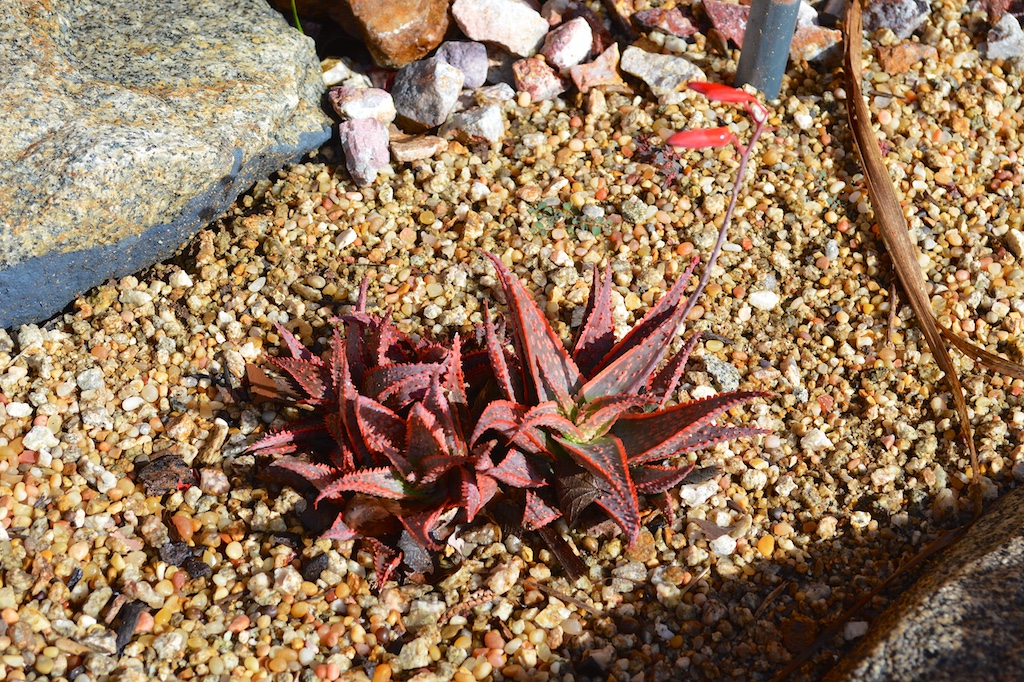 This Madagascar native is called Aloe imalotensis. It is a very slow-growing aloe and one that isn’t in a hurry to root out, either. Almost every plant that I have seen growing in the ground is always wobbly. The flower isn’t too bad on it, but again, it is the leaf color that makes this a must grow. 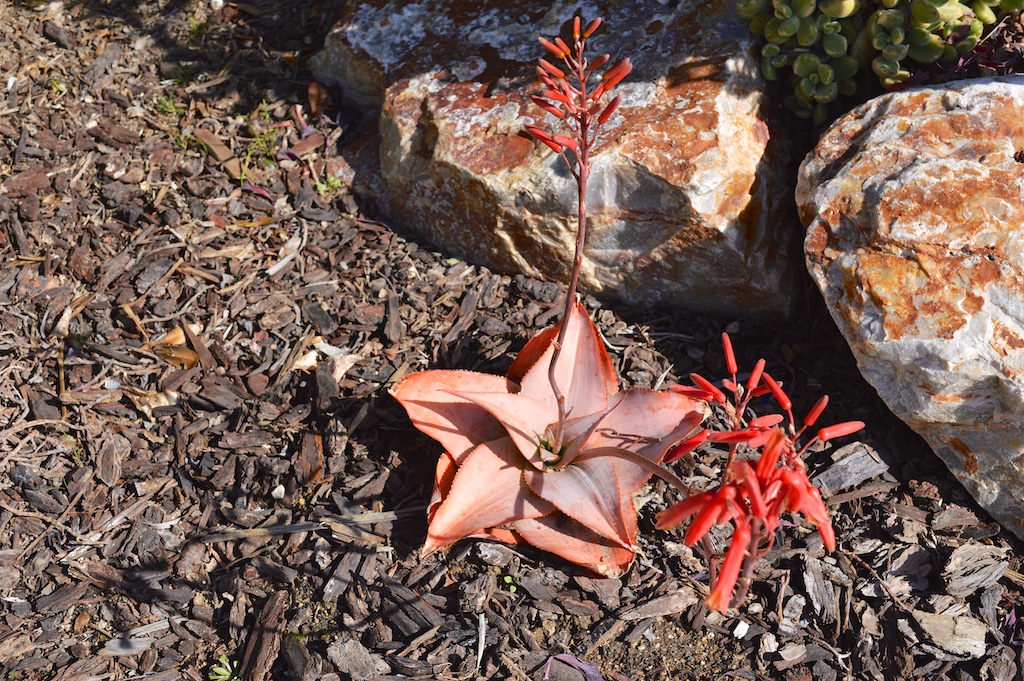 One small aloe that does have a great flower is Aloe peglerae.  The bluish-green leaves on this aloe love to curve inward. My plants are watered well, so they are more open than most. When under stress from lack of water, Aloe peglerae will ball themselves up to resemble a thorny artichoke. 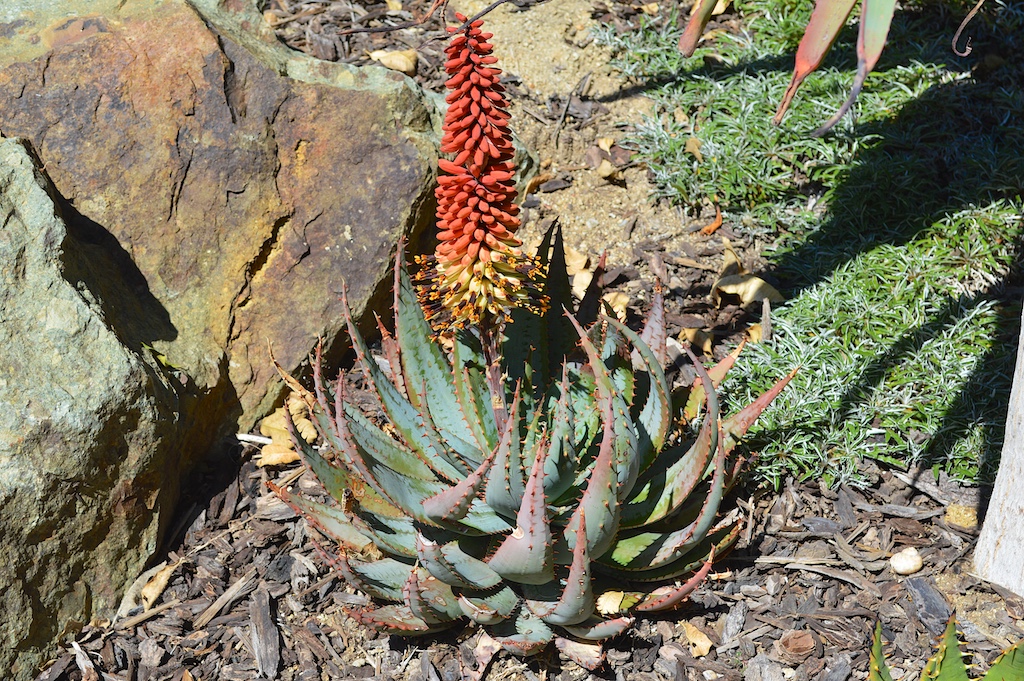 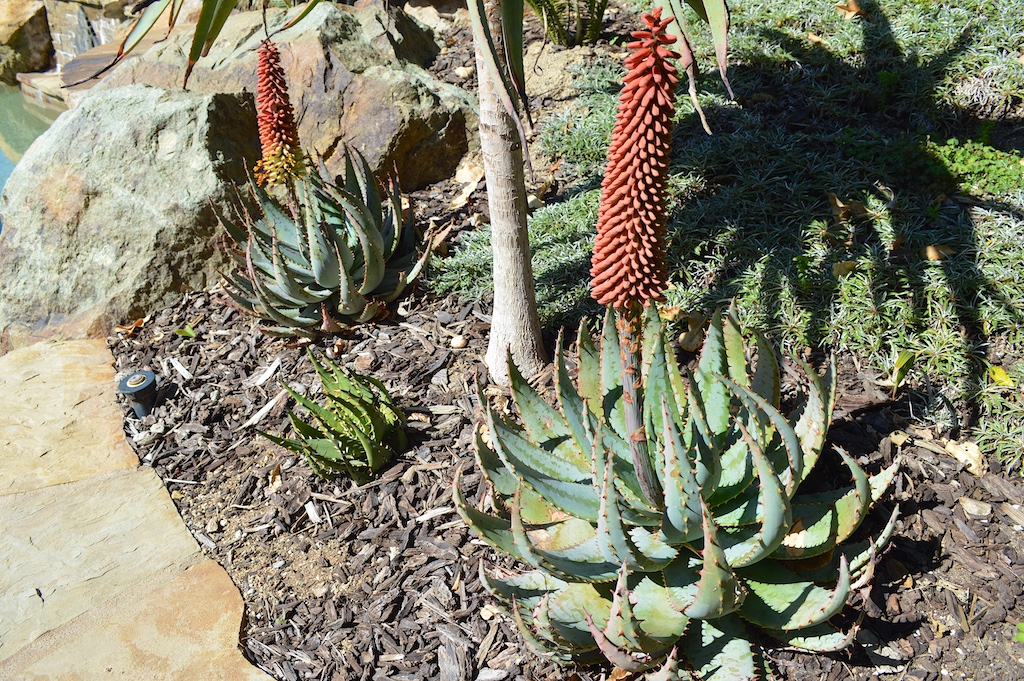 Earlier I stated that most people grow the dwarf and small aloes for their leaf color. You can see why in this Aloe pictifolia hybrid I just picked up . The plant just glows, doesn’t it? Unfortunately I was so mesmerized by the color that I didn’t take the time to look it over thoroughly before buying it. Once home I noticed that it has Aloe Cancer (caused by aloe mites). Luckily it isn’t too severe so I think it can be saved. 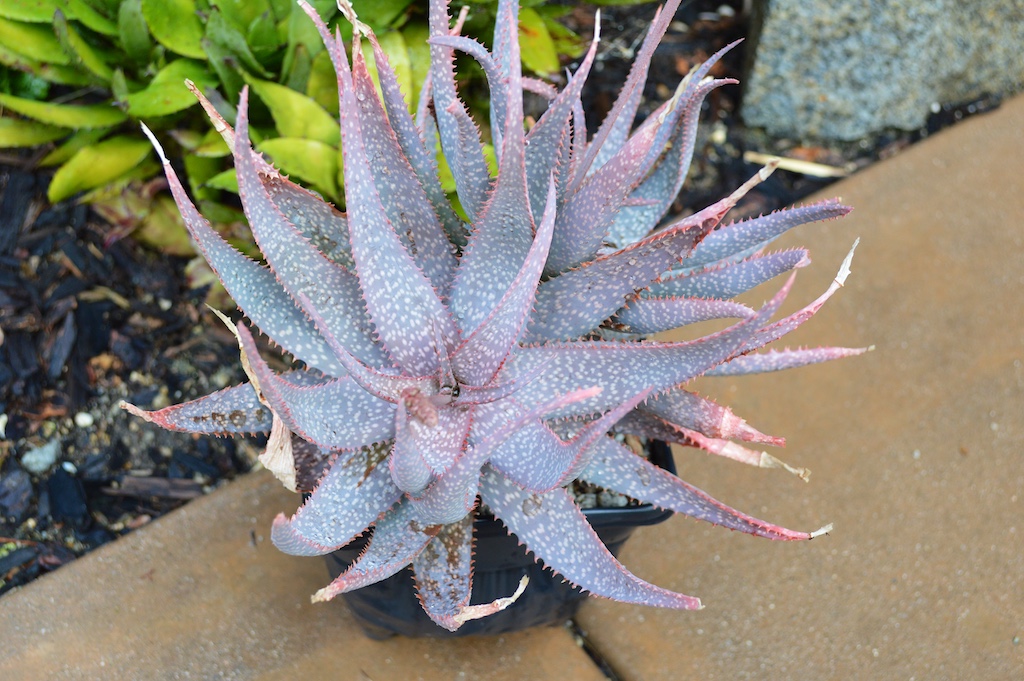 One of the Holy Grails of true species aloe is Aloe pearsonii. Here it is on the left next to an Aloe melanacantha on the right. The stacked-leafed Aloe pearsonii forms gorgeous clumps over the course of many years. This group shown below was planted at the same time as a smaller one I planted last fall. Aloe pearsonii seldom flowers in the ground in Southern California, so in keeping with the theme, this aloe is also not really grown for its flower.  My Aloe melanacantha has not flowered yet either. You might have gathered from its appearance that it is in the same group as Aloe peglerae. 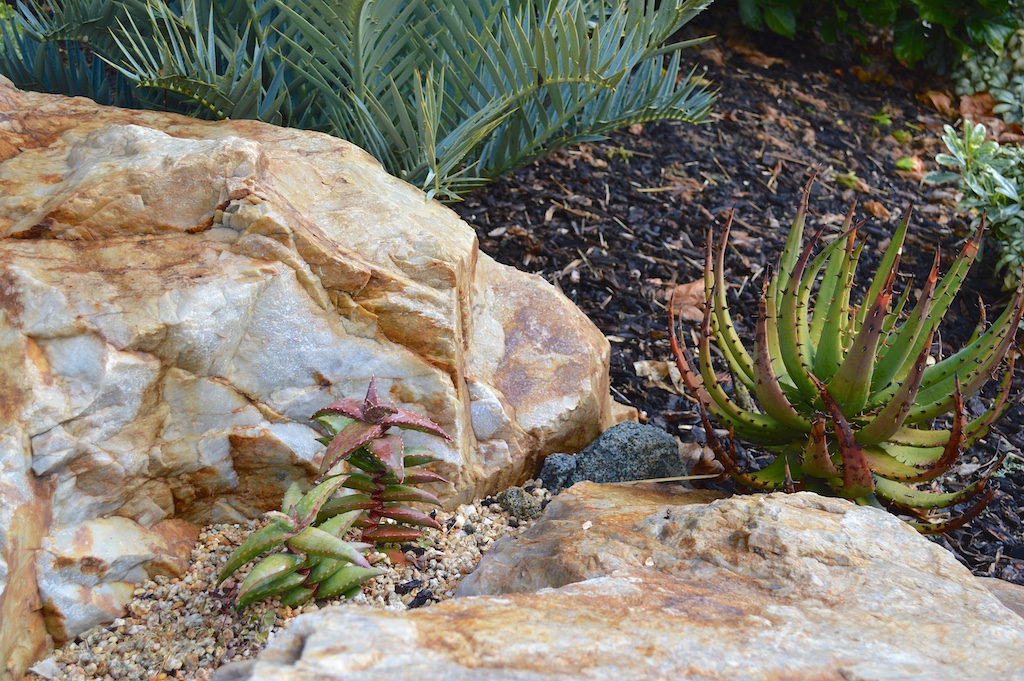 That is all that I have to show for now. My garden is almost maxed out for any more larger plants like palms and flowering trees, so it is now time to fill in those smaller available spaces in the garden. Mostly because it is winter (my tastes change with the seasons), I am currently on an aloe and echeveria kick. In fact I have a bench full of new plants waiting to go in the ground. These smaller aloes are perfect for those spots in the garden that do not receive a lot of water and that you need something easy to maintain with some color. So it is safe to say the next time I write about this subject I will have quite a few more to show off.