This weekend I read the first quality opinion piece in some time on the phenomenon called Colony Collapse Disorder. It came from Marla Spivak and was found on CNN of all places. It was one of the first opinions not written from the usual subjective point of view. It seems the norm the last few years for some garden bloggers is to become an arm-chair scientist and crown Neonicotinoids as the cause of Colony Collapse Disorder. Some may hear something at their garden center water cooler and run with it. Others might not really care enough to research the facts themselves. And for many it seems to fit nicely into their anti-pesticide agenda.

Within the same week that I read Marla’s comments on CNN I also happened to read the more common opinions that I find fault with. One example was from Emily Lora James and was called “Garden Chemicals Killing Honey Bees and Causing Colony Colapse Disorder.” Ironically enough, Emily’s blog is called “Global Truths.” Yet there is no truth to garden chemicals causing CCD. She did a great job of finding supporting research to try and make her case, but only one “truth” exists—no one knows the “cause” of CCD. However, for anyone reading her blog entry and not savvy enough to do their own fact checking, it will just add to the amount of people pushing this falsehood that is so prevalent online.

Another gardening blog post I read on this subject came from Jan Johnsen with Serenity in the Garden. She states that bees are “dwindling due to a type of pesticide that is being applied to flowers and vegetables and fruit trees.” Considering Jan is someone I enjoy following, I was a little disappointed that she too is telling her readers a falsehood that will just perpetuate online. Hence, this is where I come in. To hopefully help stop the fallacy that Neonicotinoids have been proven to be the cause of CCD. Also, for the record I am not referring to Jan or Emily in anything I am about to write. I just used their posts as examples because they were written the same week as Marla’s findings on CNN. So I want to be clear: I am not putting them into any anti-pesticide crowd or part of some special interest group. 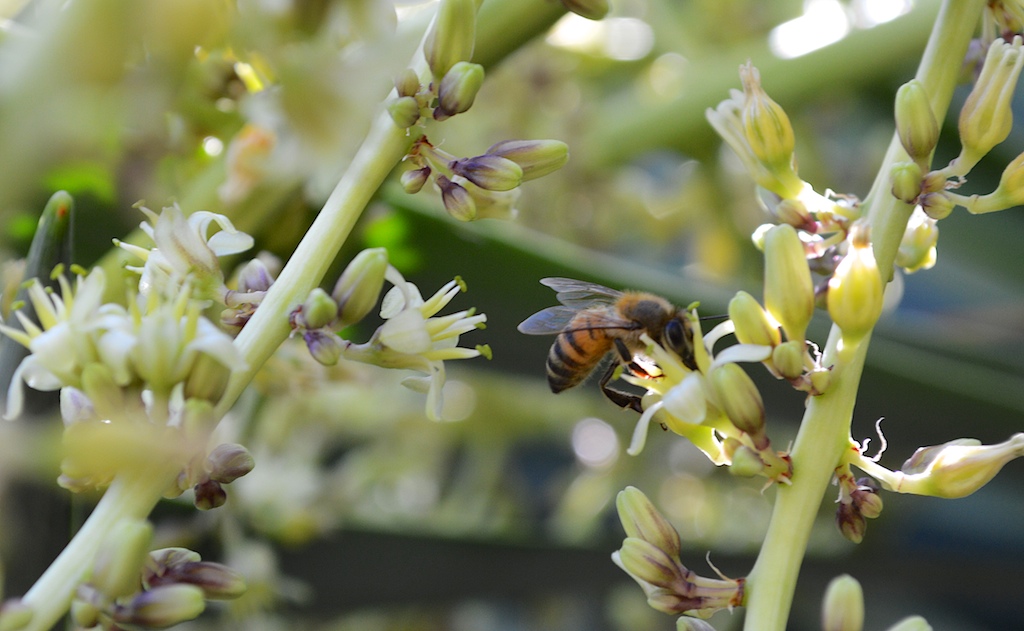 Now, any gardener you ever meet will tell you that they love bees, and I am certainly no different. Nothing says it is spring time more than the arrival of the best friend a plant could ever have.  In years past, honey bees were somewhat taken for granted. They were always around and just the norm when you looked back at your daily gardening routine. However, starting in about 2006 we were first told about a decline in their populations. The term Colony Collapse Disorder (CCD) was born.

Why should we care about CCD and the honey bee? How about the fact that roughly one-third of what we eat each day comes directly or indirectly from honey bee pollination. Dramatically stated: without bees, we don’t eat.  So I really doubt there is anyone among us that shouldn’t be truly concerned about Colony Collapse Disorder. The problem is that instead of posting facts about CCD, we have far too many people or special interest groups trying to push their anti-pesticide agenda, and in doing so are purposely misleading—or worse, lying to you. 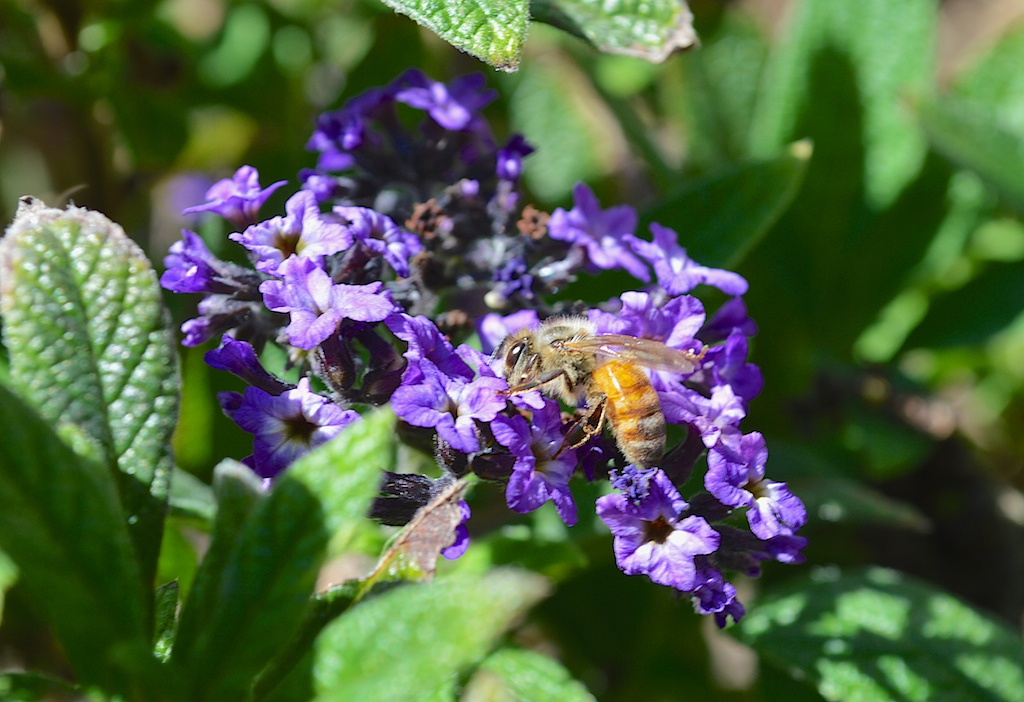 Here are some facts I find interesting when it comes to Colony Collapse Disorder:

1) We already know from past scientific literature that mass honey bee disappearances have occurred in the past. This includes the 1880s, the 1920s, and the 1960s. Doesn’t it seem odd it happens about every 40 years?

2) Colony Collapse Disorder tends to be rare for the smaller apiaries and non-migratory beekeeping.

3) Survival of bees is greater in urban beekeeping than the more rural beekeeping. However, use of Neonicotinoids is just as prevalent thanks to gardeners and landscape managers. Not to mention residential purchased pesticides are actually more potent than what is regulated for agriculture.

4) Neonicotinoids were first introduced in 1991 and their use over the years has grown. However, it wasn’t until 2006 that beekeepers began reporting losses of 30-90 percent of their hives. This wasn’t a slow increase that was showing up over the years since 1991, either. This was sudden.

5) The big one: Not a single study done to date has linked Neonicotinoids as the cause of Colony Collapse Disorder. Some may insinuate this, but when scrutinized, you will find no one has been able to document the link. However, some have been able to show the opposite, like what Richard Schmuck published: “Risk posed to honeybees (Apis mellifera L, Hymenoptera) by an imidacloprid seed dressing of sunflowers.” Conclusion? “Even at the highest test concentration, imidacloprid showed no adverse effects on the development of the exposed bee colonies.”

I want to point out that I am not advocating pesticide use. I believe everyone should be pesticide conscious and focus more on growing healthy, pest-resistant plants and use natural methods to help manage your garden. But, as I will write about over and over in my blog: I am no purist. So just as I don’t like people telling me what I can and can’t plant in my garden, I don’t want people telling me what I can and can’t use in my garden either. Especially when it comes off the heels of false information and subjective research. If someday there comes a time when science can document a link between CCD and Neonicotinoids as the root cause, then I will be one of the first people to support aggressive regulation. I guess the point I am trying to make is that we need to be a little more upfront and honest about what we know right now in regards to CCD. Not doing so can box in our thinking, or worse—lead us to make reactionary decisions.

Personally, from all the research I have done on the subject matter, I believe the cause of Colony Collapse Disorder will come down to shoddy bee keeping practices and genetic weakening of the honey bee, which leads to a greater susceptibility to things like neonicotinoids, pathogens and parasites (can you spot the Varroa mite on the honey bee in the photo below?). 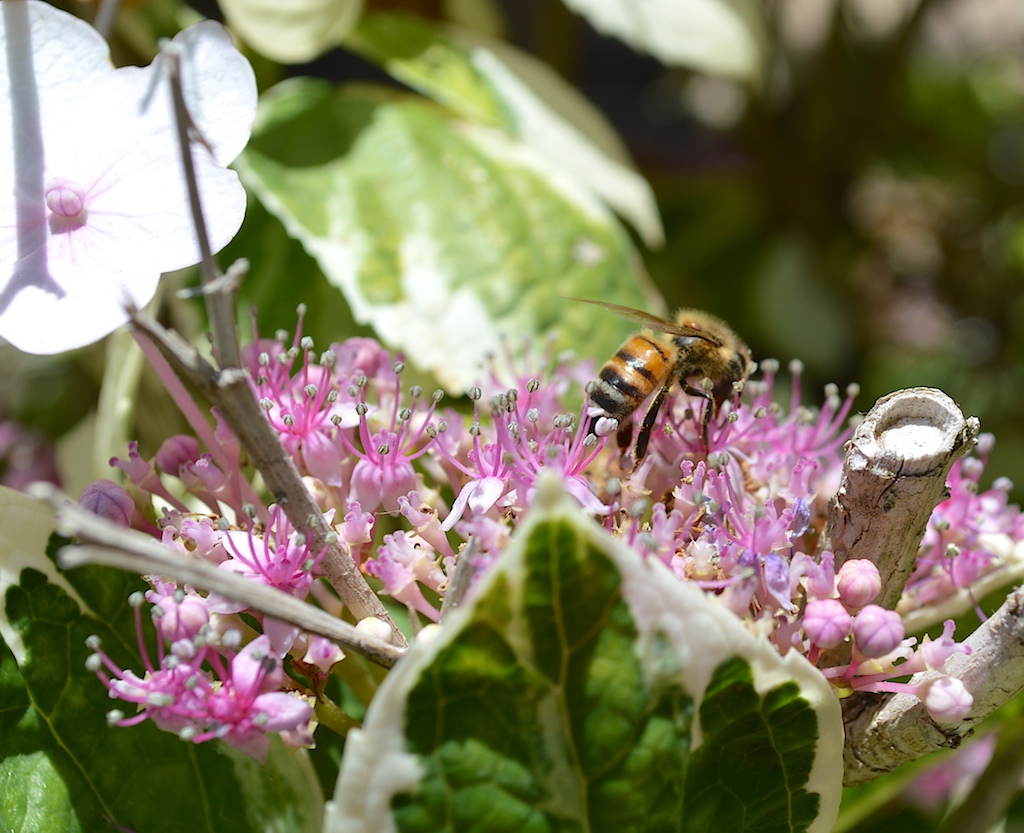 Do yourself a favor and read what the USDA says about CCD. Or don’t if you would rather not be concerned with facts or if you are just a big fan of causation from correlation. The bottom line is no one knows what is causing Colony Collapse Disorder. Every time someones says that their research has found the link, it fails under scrutiny. Let’s allow truly objective science to win out over special interest groups or people with agendas, please. It seems ideology governs science more and more each day.

I have been contacted a few times by readers sharing the so-called ‘Harvard’ Neonics-Colony Collapse Disorder Study and believing it to be the smoking gun that all the anti-pesticide crowd were hoping for. I won’t link to the study as I find it extremely insulting to real science. Instead of discussing it in further detail here, I will simply link to an outstanding article that covers my views and presents them far better than I could have ever hoped.