Thanks to the creative requirements that using airline points can produce, my trip to Madagascar involved flying Delta there and Air France back. This gave me the opportunity to spend two full days in Johannesburg, South Arica, as I waited for my connecting flight to Madagascar. The first day would be spent visiting the Apartheid Museum, the Mandela House and other historical sights around Soweto. The other day of course had to be used for viewing cycads. After all, I was in the native home of the various blue Encephalartos I love so much.

The first place I visited was a beautiful private garden that contained hundreds of rare gems. Being that it was a private garden and considering privacy and security concerns, I won’t be able to document this amazing garden shown below. 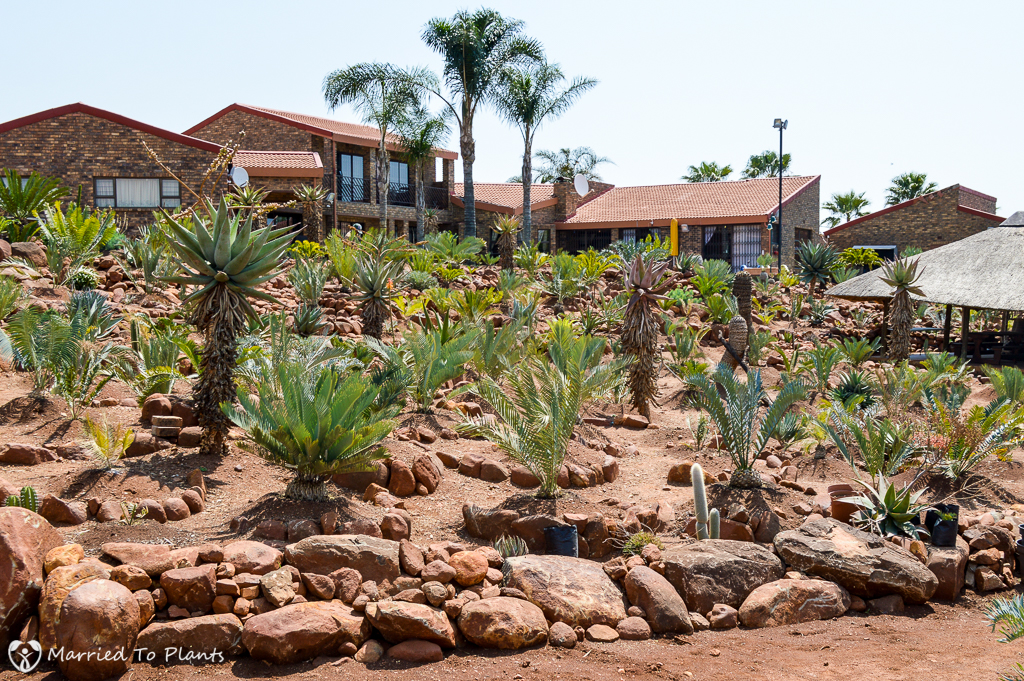 A garden that I could document was located on a casino’s grounds and was actually a bird park that doubled as a cycad garden. It was the “Montecasino Bird Gardens” and it boast the largest and most diverse private collection of South African Cycads in the world. They advertised they had over 750 cycads from 37 different species. Although I doubt the 750 part, it was still an impressive collection nonetheless. 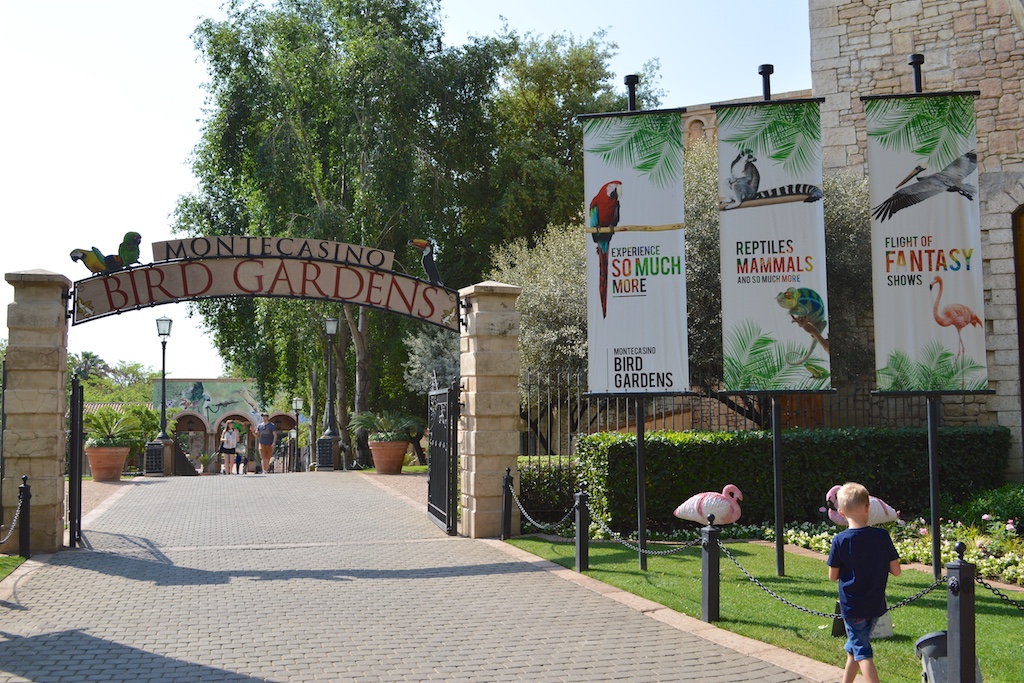 Montecasino is still rather new, having only opened in 2000. The Casino itself is surrounded by restaurants, bars, a nightclub and comedy club, food court , two theaters, a shopping outlet and hotels. Also included within the massive property is the Montecasino Bird Gardens. 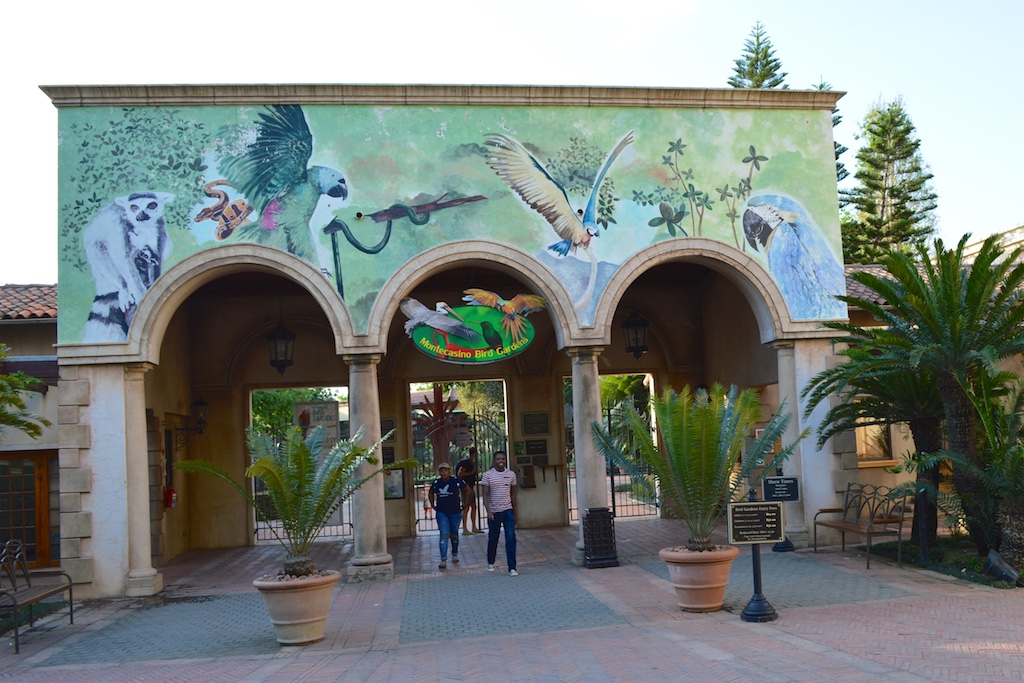 Right after you pay your admission to the Montecasino Bird Gardens and you walk into the park, you will see your first South African cycads. A nice display of Encephalartos lehmannii. 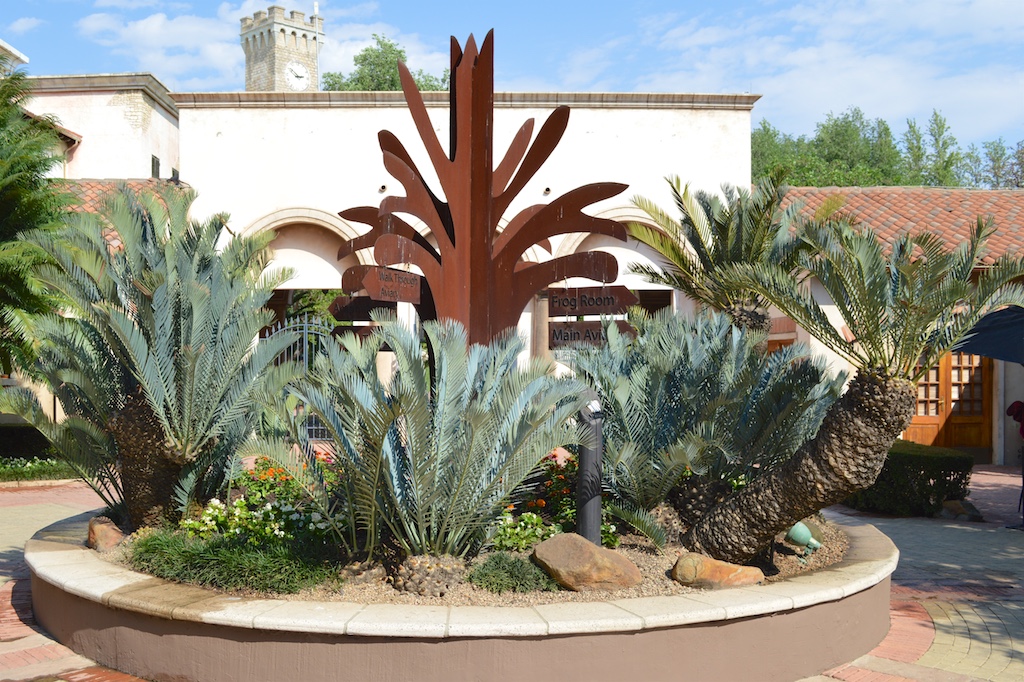 Next to the Encephalartos lehmannii display at the entrance you see a Cycas thouarsii. Ironically, Cycas thouarsii is native to Madagascar – my next stop. 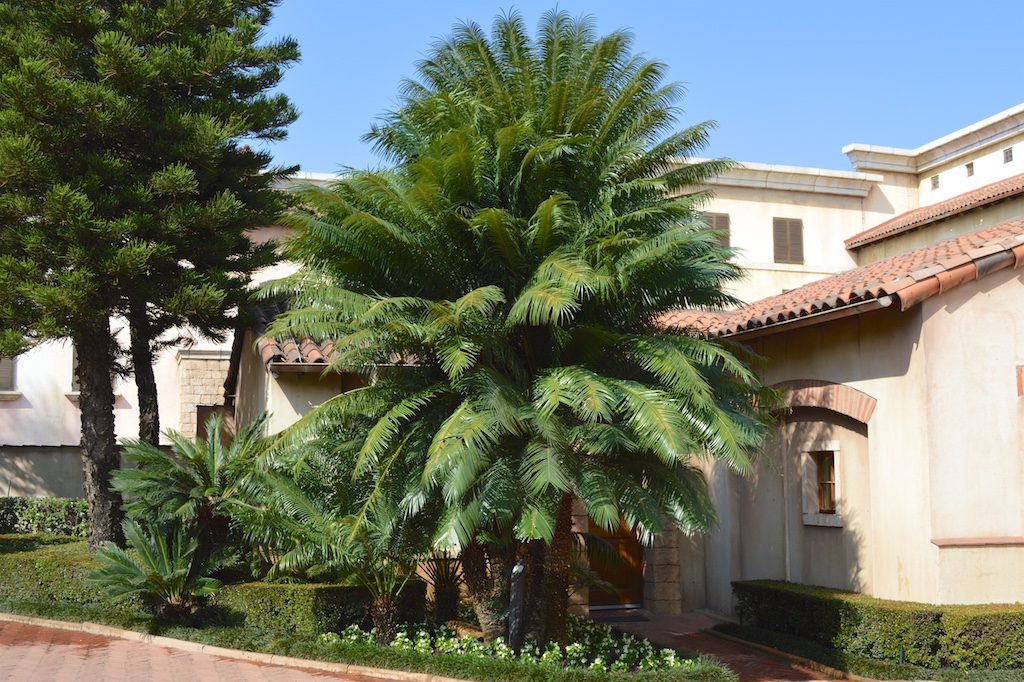 In the photo above you can just make out a popular San Diego landscape tree—the Norfolk Island Pine (Araucaria heterophylla). 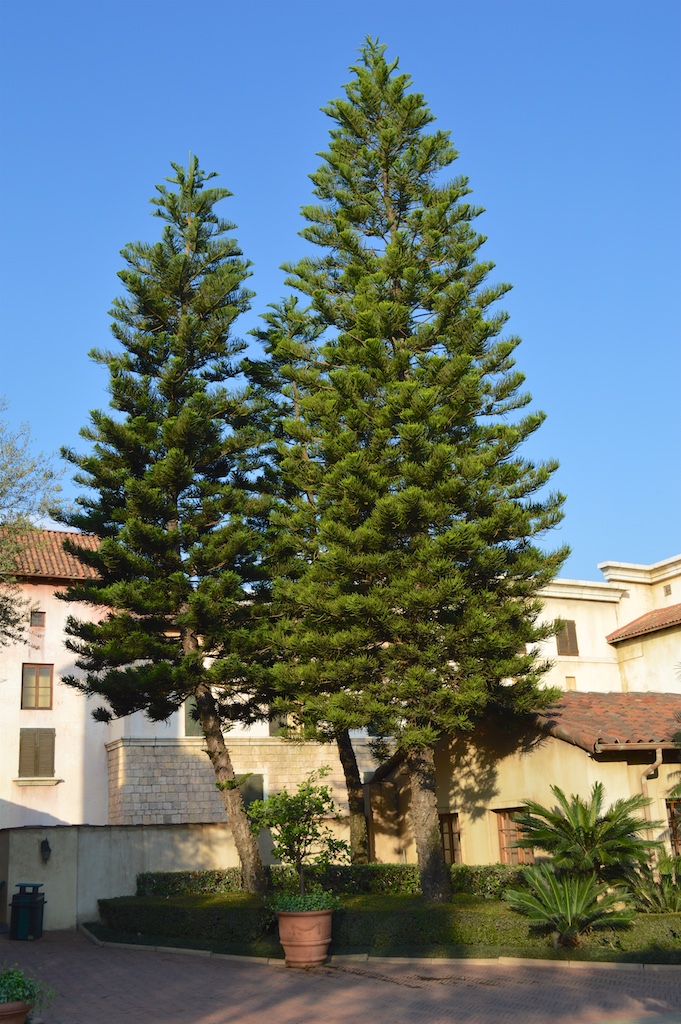 A lot of old, branching green Encephalartos are planted towards the front of the Montecasino Bird Gardens. I am not positive on the identification of these, but my best guess is Encephalartos altensteinii. 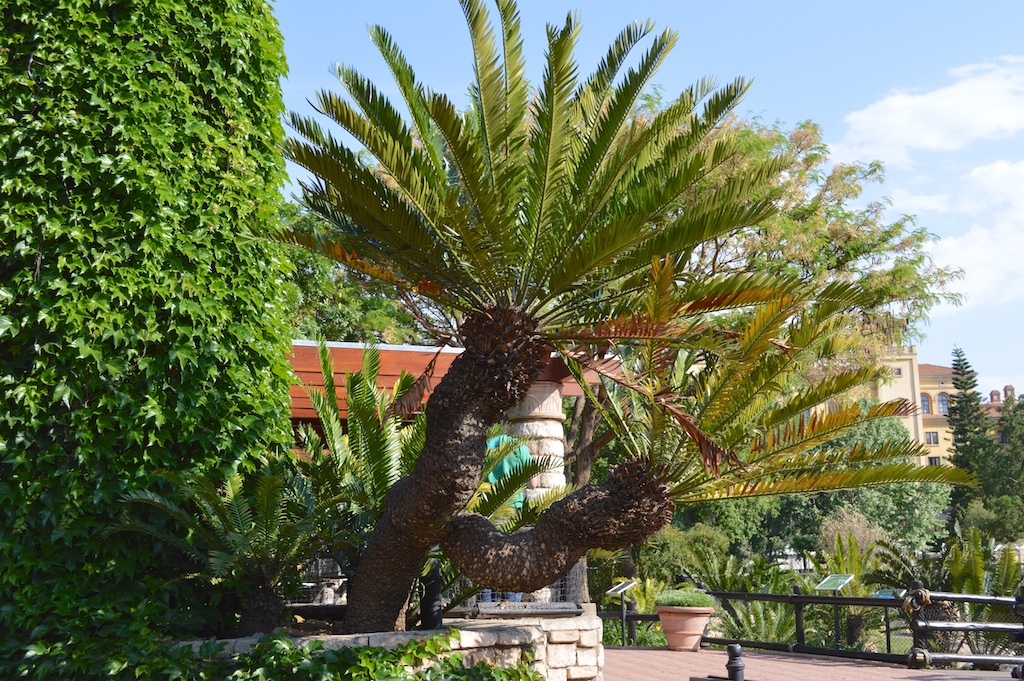 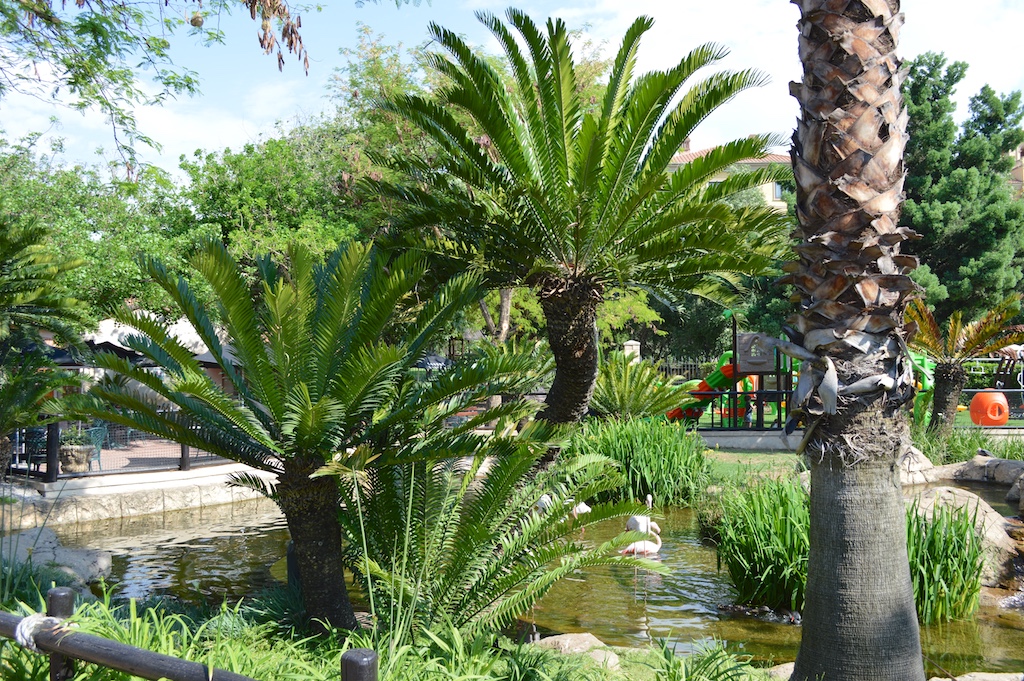 After wandering around the top section of the park, I made my way through a path bordered by some old cycads, including this branching Encephalartos longifolius. Continuing along the path eventually takes you down into the main cycad garden where a sign awaits the uninitiated. 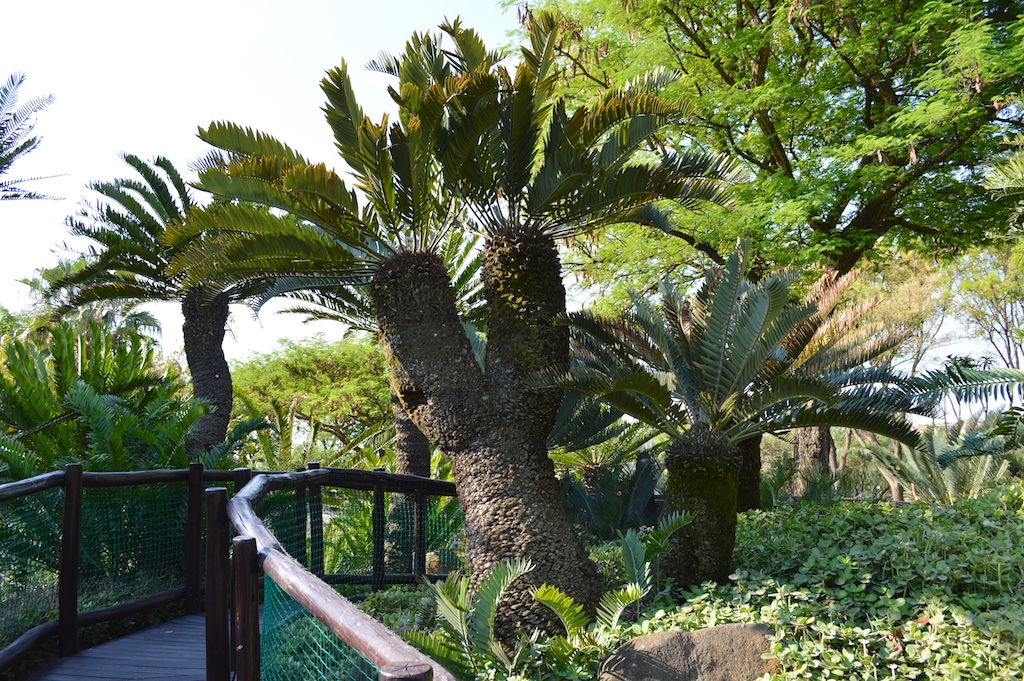 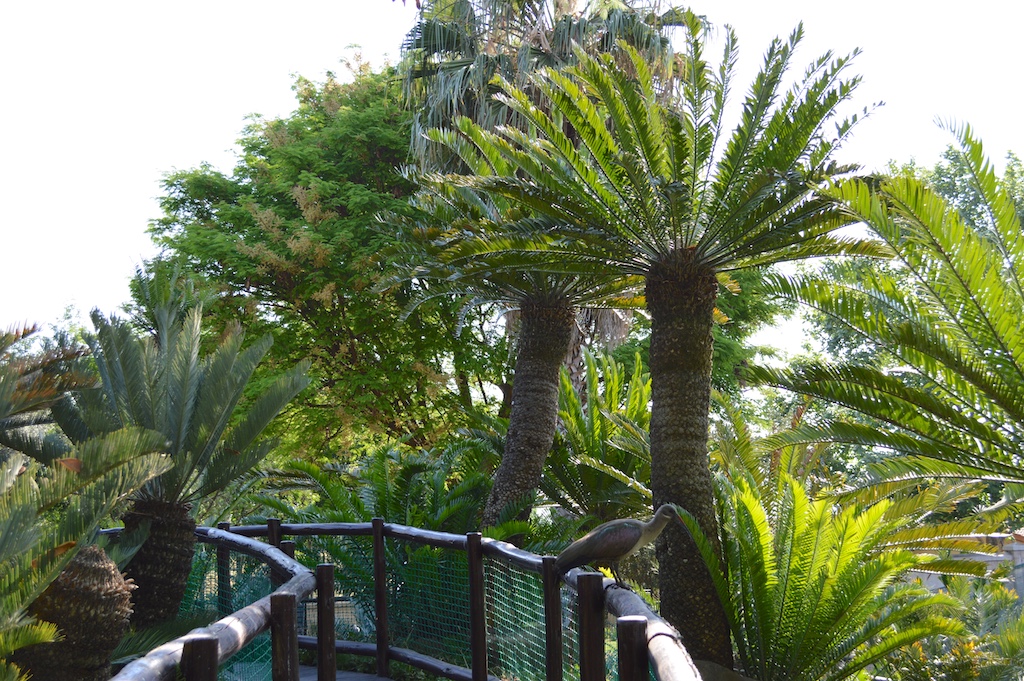 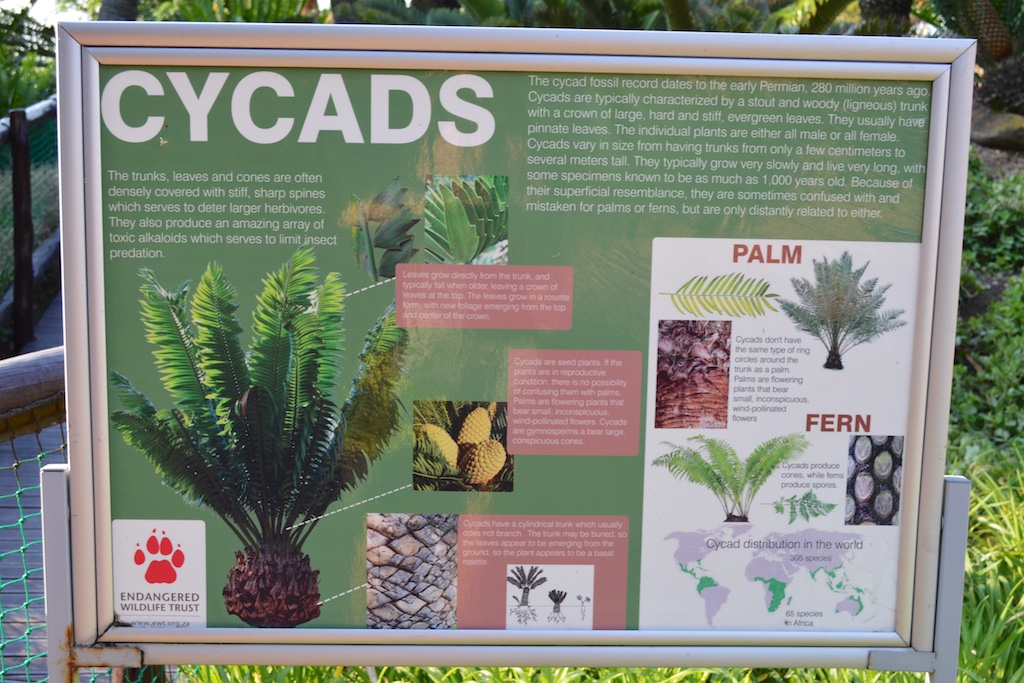 Once at the bottom, the views are impressive. 360 degrees of cycad scenery. 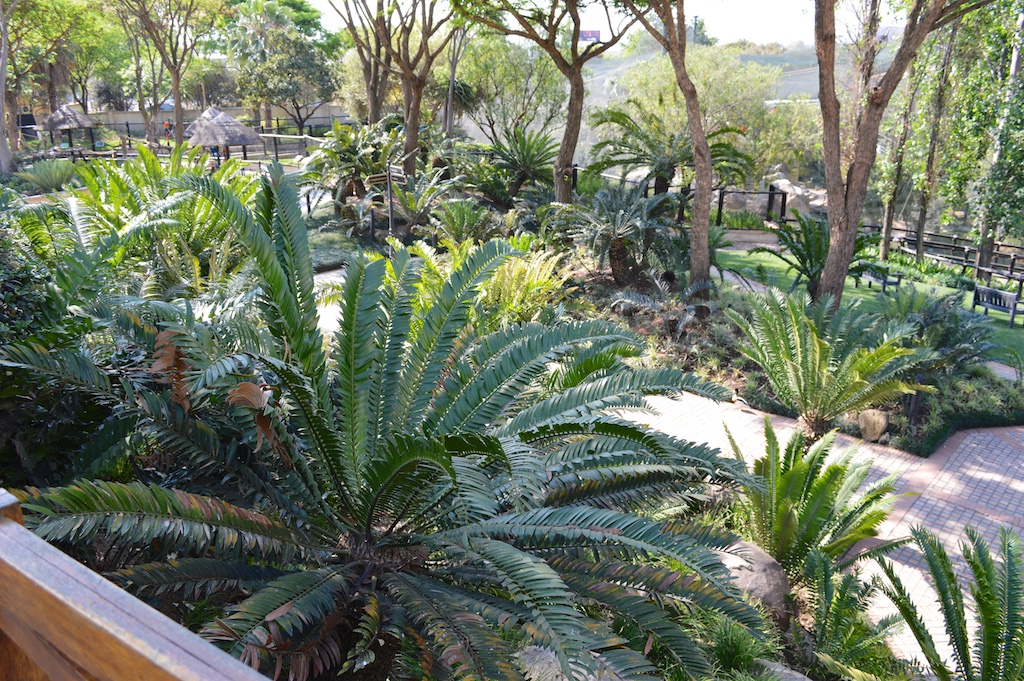 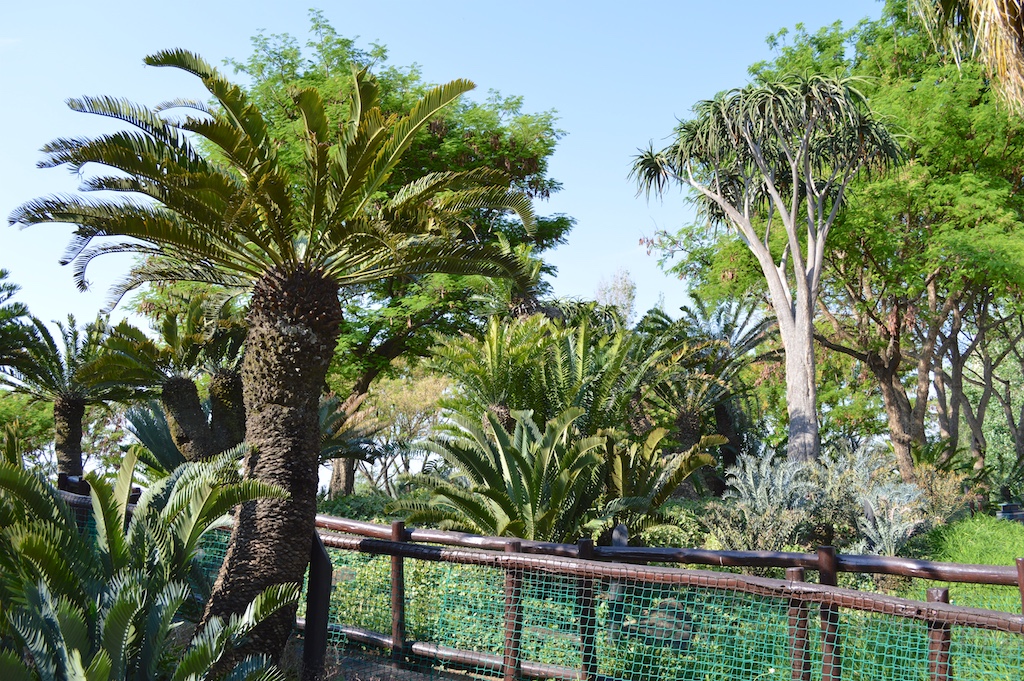 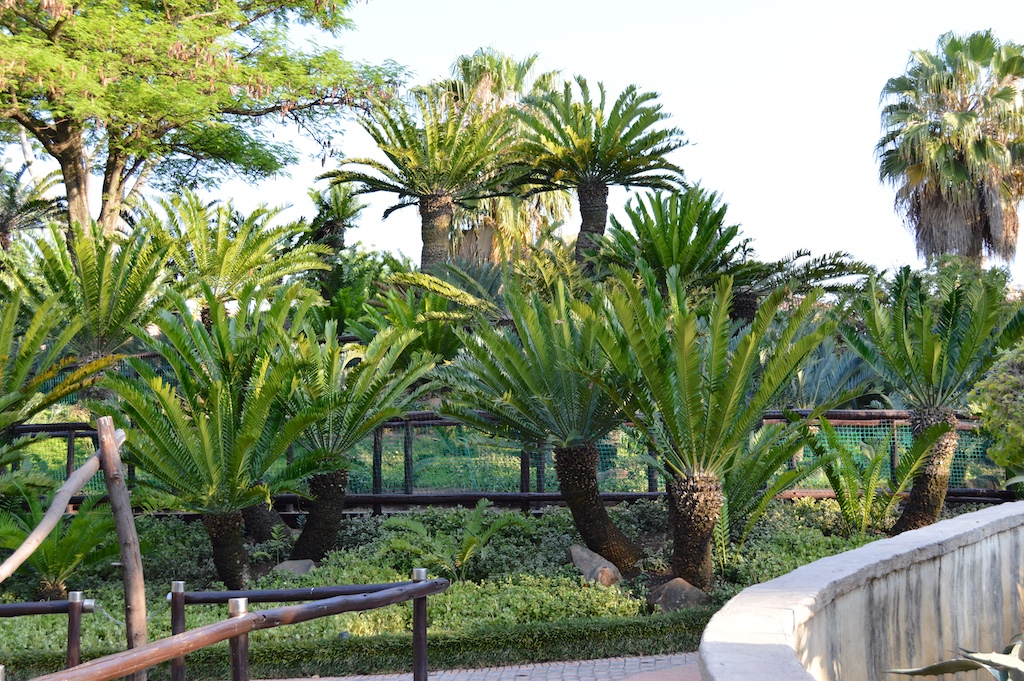 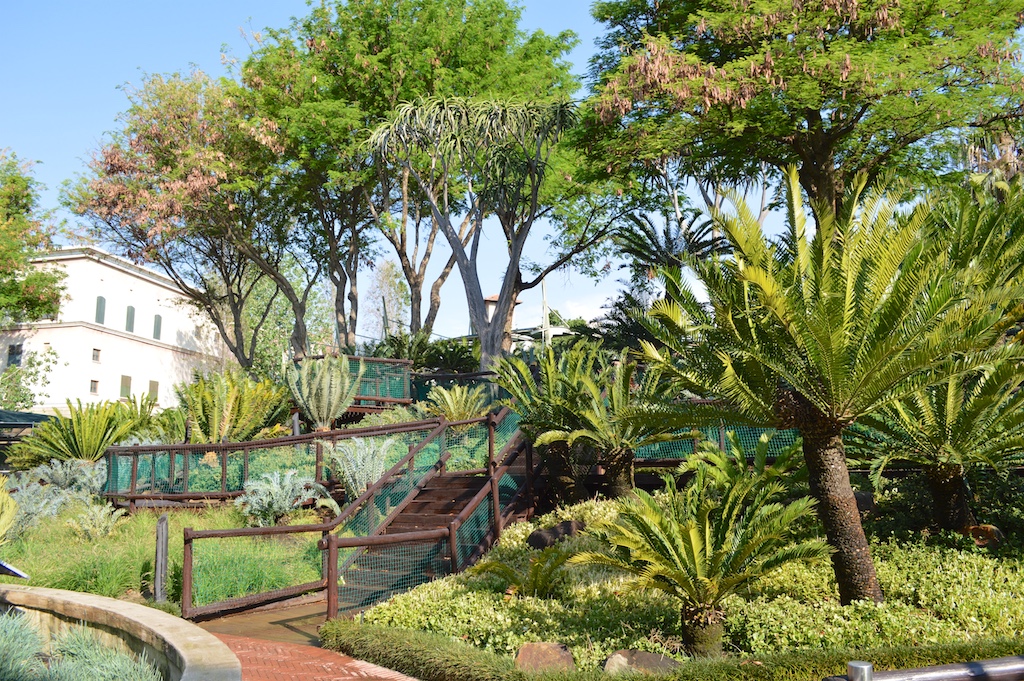 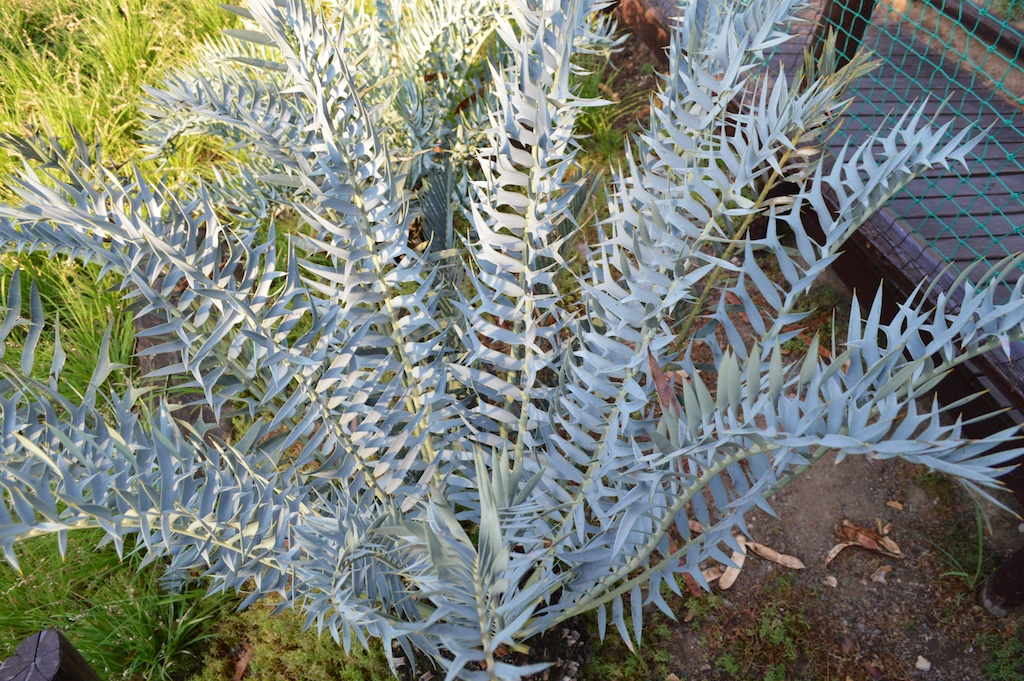 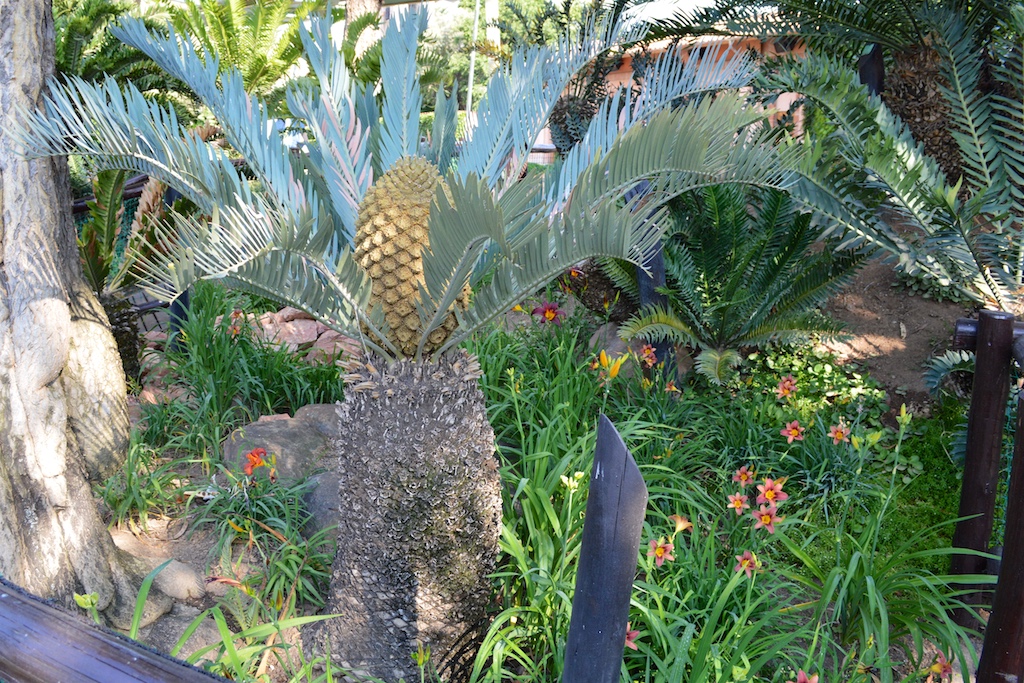 The center of the main cycad garden once housed “the big snake,” an Encephalartos middelburgensis that was estimated to be over 2,500 years old. I did not know prior that it had died from rot a few years prior to my arrival. It seems they are about to lose another of their larger Encephalartos middelburgensis, as this one had its head chopped off. 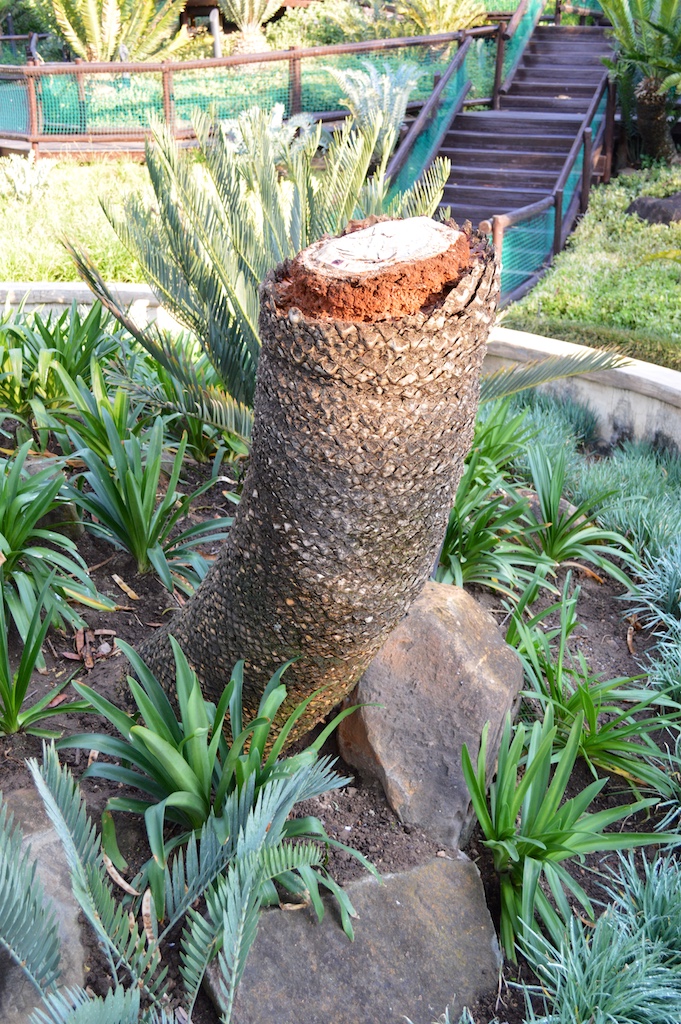 A small but healthy Encephalartos middelburgensis. 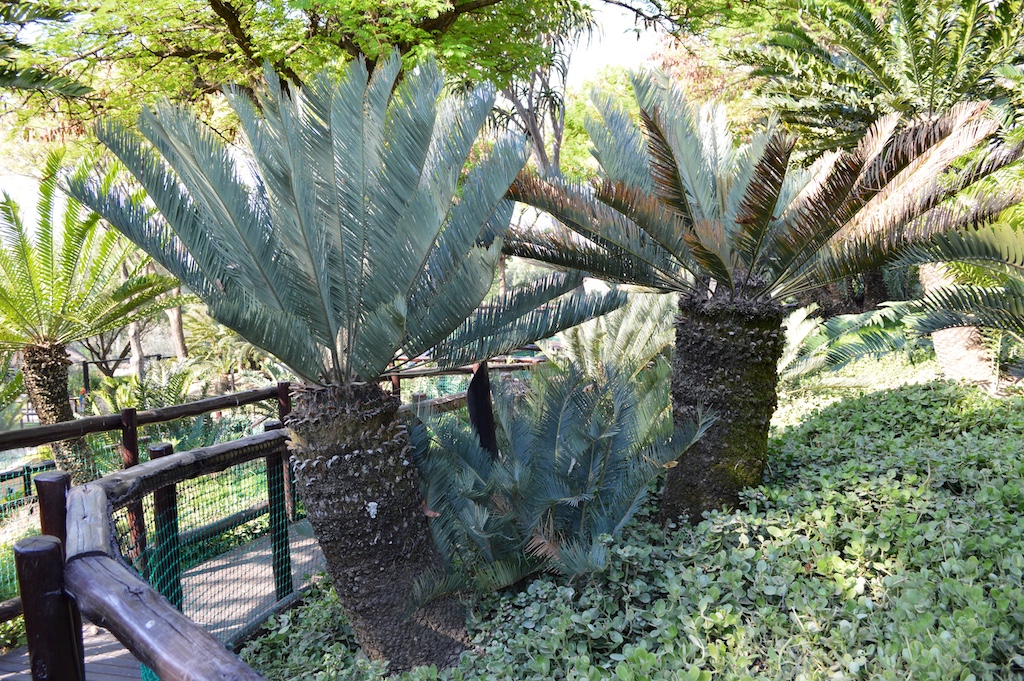 While not blue, this Encephalartos heenanii is one of the most sought after of all Encephalartos. Thanks in part to its rarity and the way the leaves are held incurved, which gives it a shuttlecock appearance. 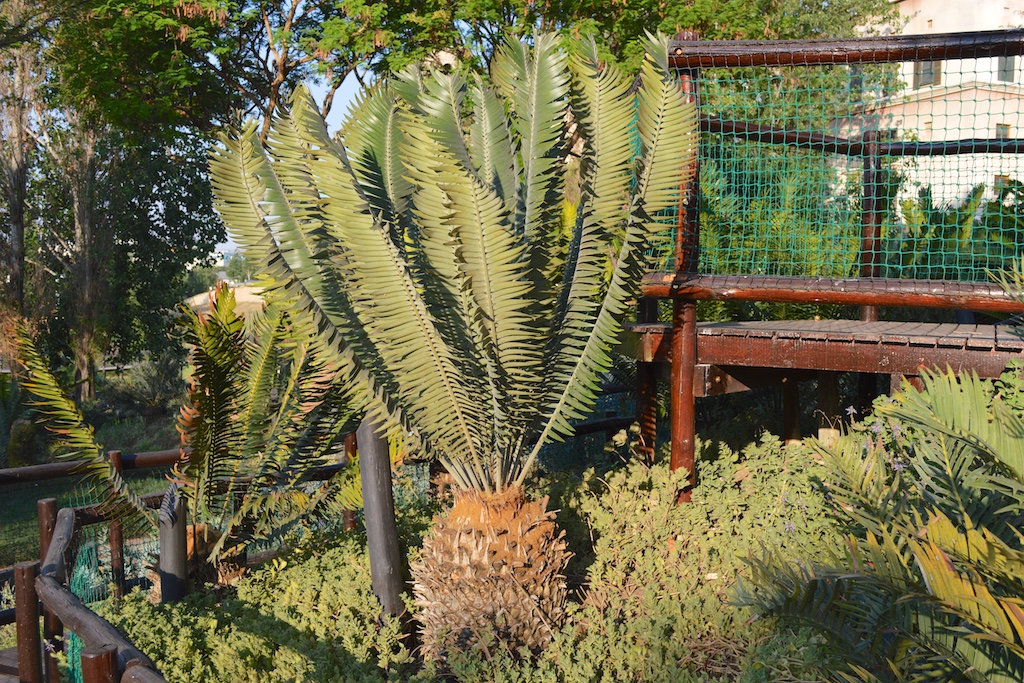 The Montecasino Bird Gardens has the word “bird” in it for a reason. While hard for a plant guy like me to accept, the real draw for visitors are of course the over 60 species of birds you’ll find there. To be honest, I am a bird watching fan, so cycads and birds together made for a special day.

The Montecasino Bird Gardens had many bird exhibits, but the main aviary was the place I spent the majority of my time. Inside they also had a reptile area, which was an added bonus. 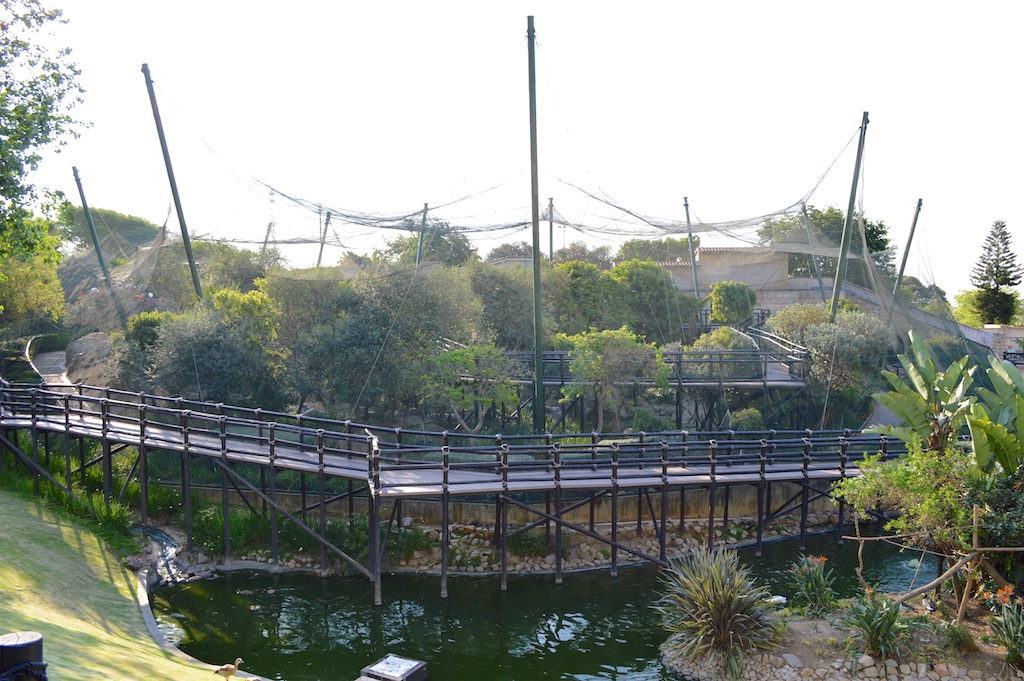 The first birds to greet me were these guys. Wait. What? Ring-tailed Lemurs and Red Ruffled Lemurs in an aviary? It was a sign from above that my trip to Madagascar would be special.

Actually, the first birds to greet me were these gregarious Vulture Guineafowl. 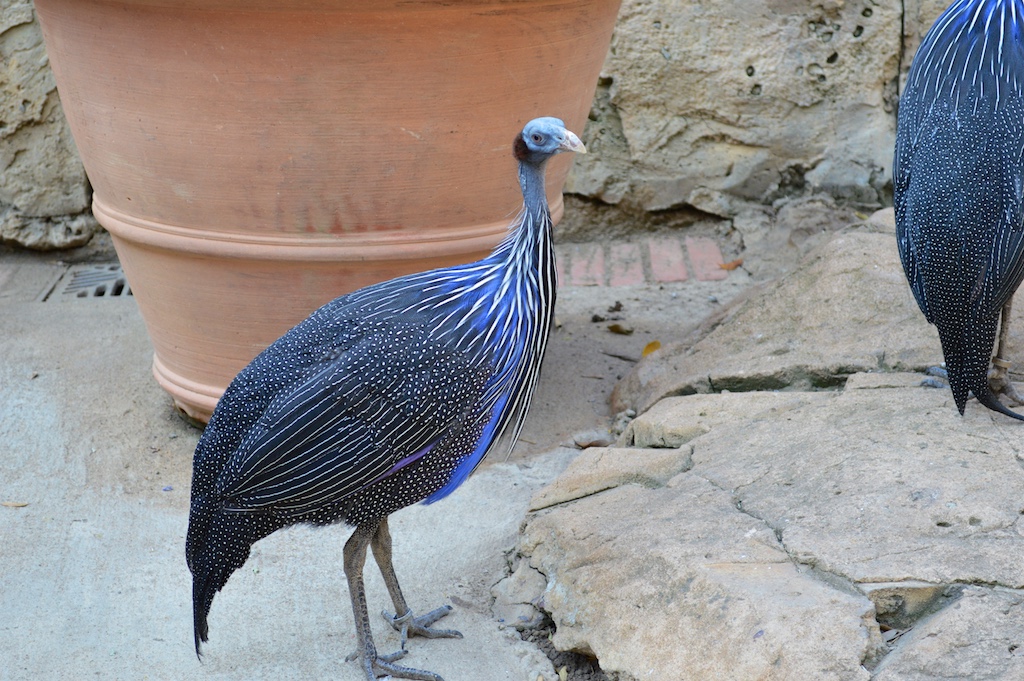 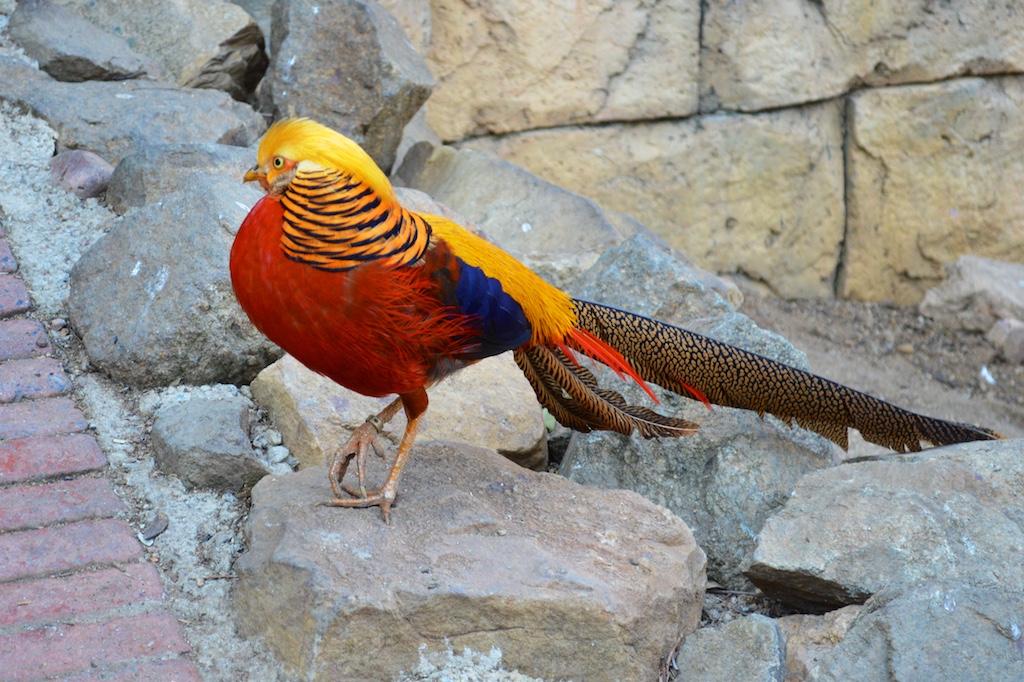 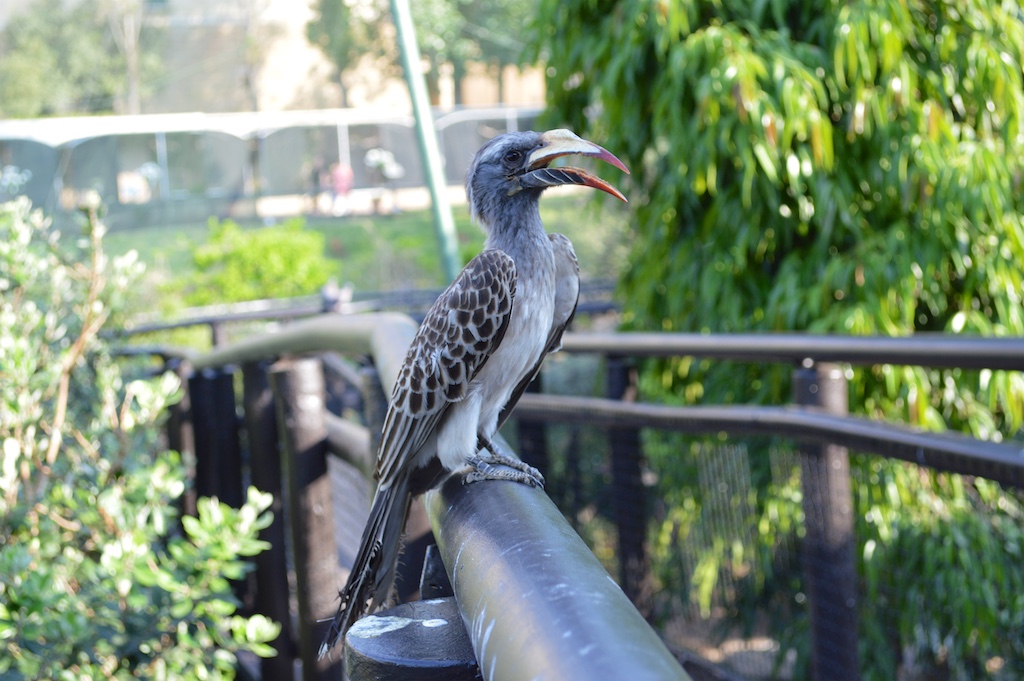 The main aviary had some Trachycarpus fortunei palms planted in the center. 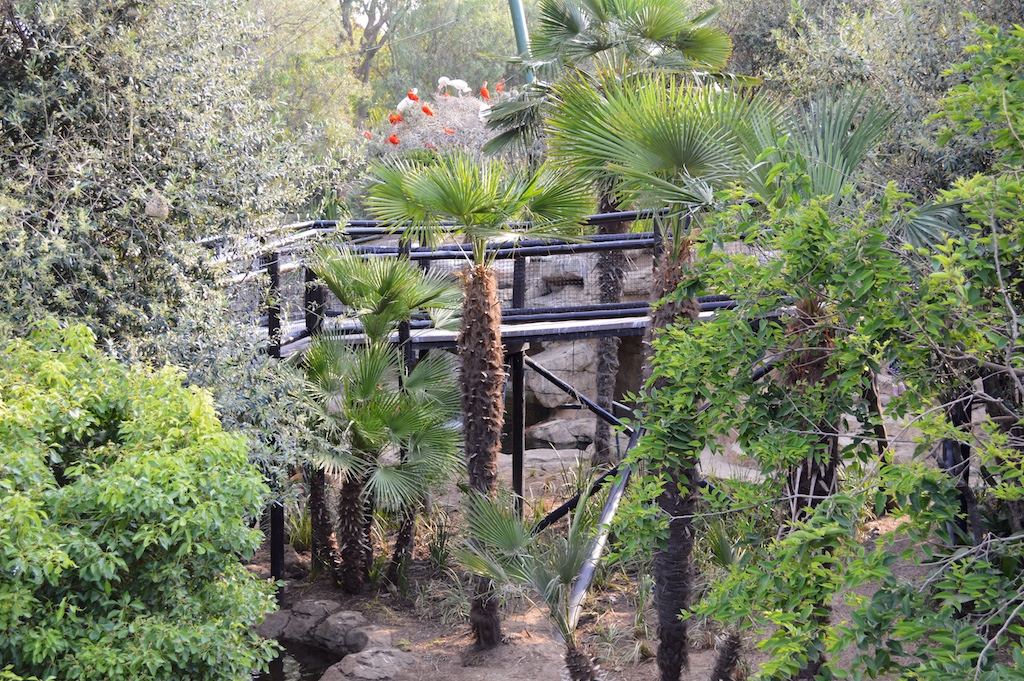 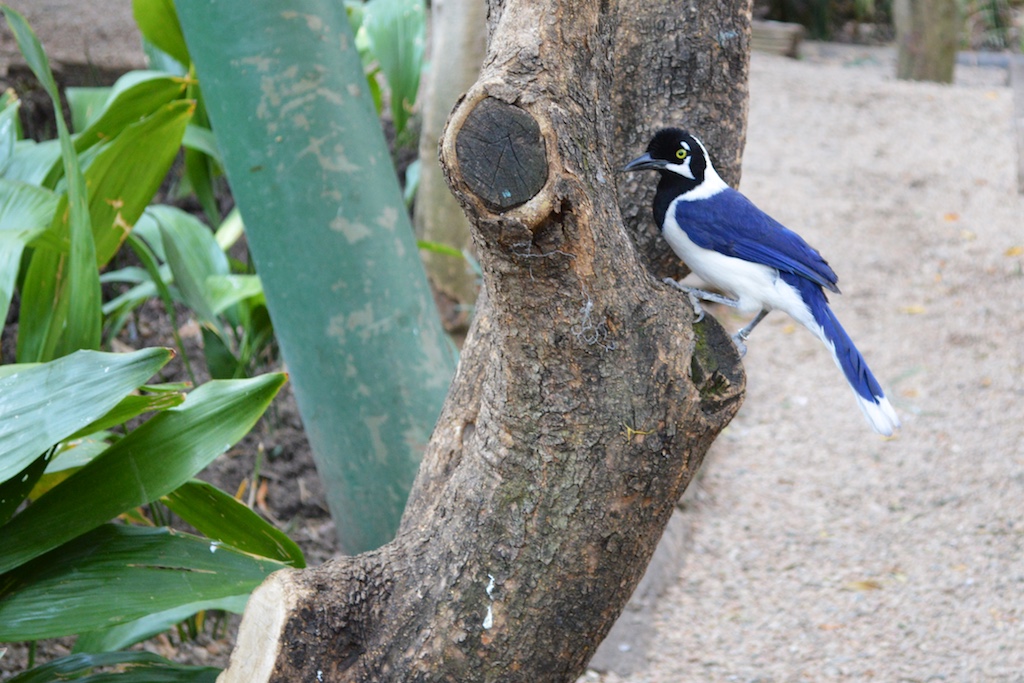 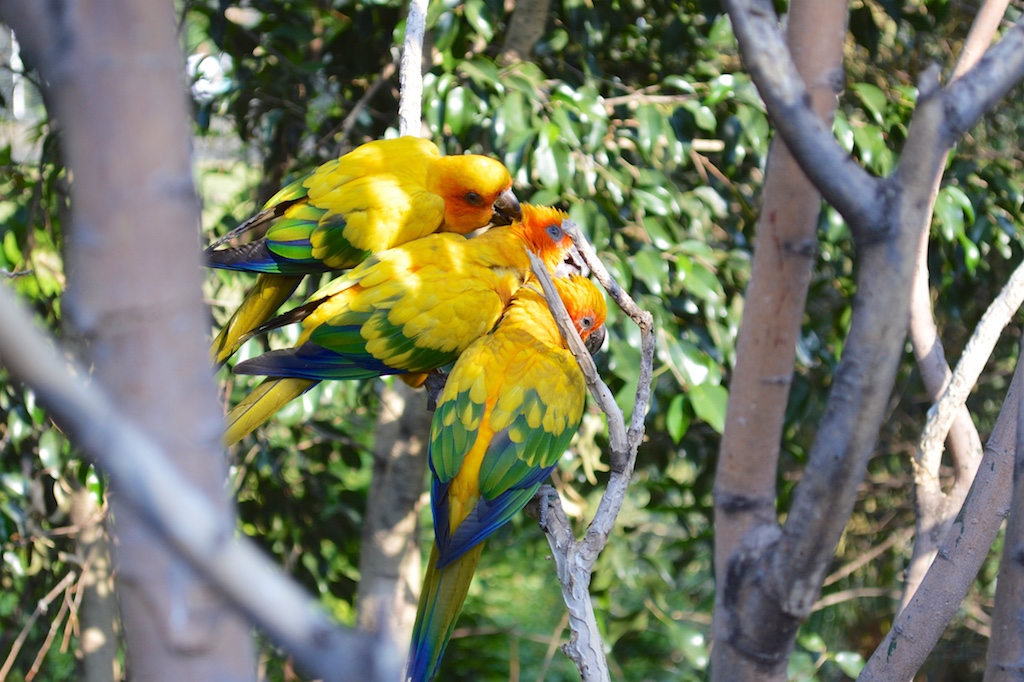 They even had a Blue Duiker that has seen its fair share of humans. The Blue Duiker is one of the smallest species in the antelope family and can be found in the rainforests of central and southern Africa. He was a cute little guy.

You’ll find rats pretty much everywhere in the world. This guy was stealing food without any fear, running back and forth from his hole in the ground. 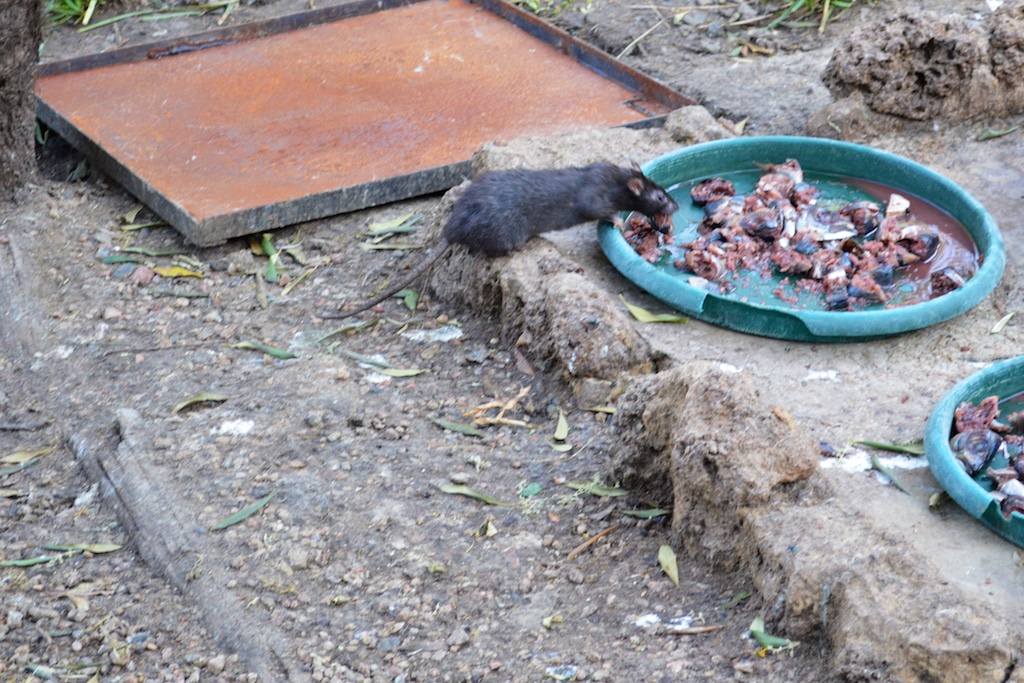 The Montecasino Bird Gardens had quite a few smaller exhibits. These beautiful Yellow-Backed Lory were in the Lorikeet Aviary. 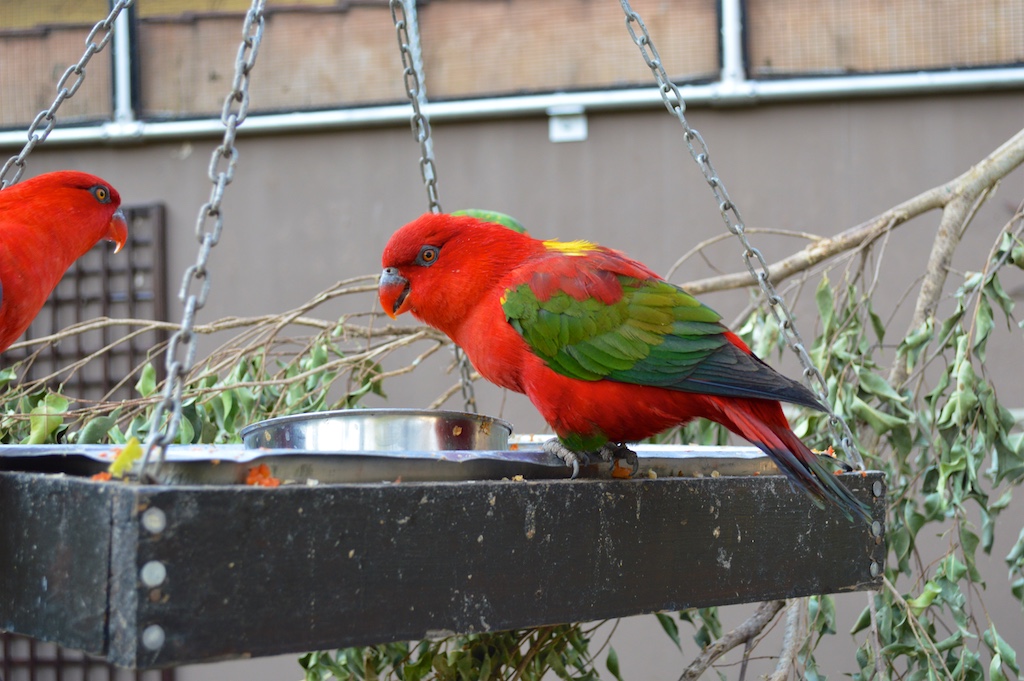 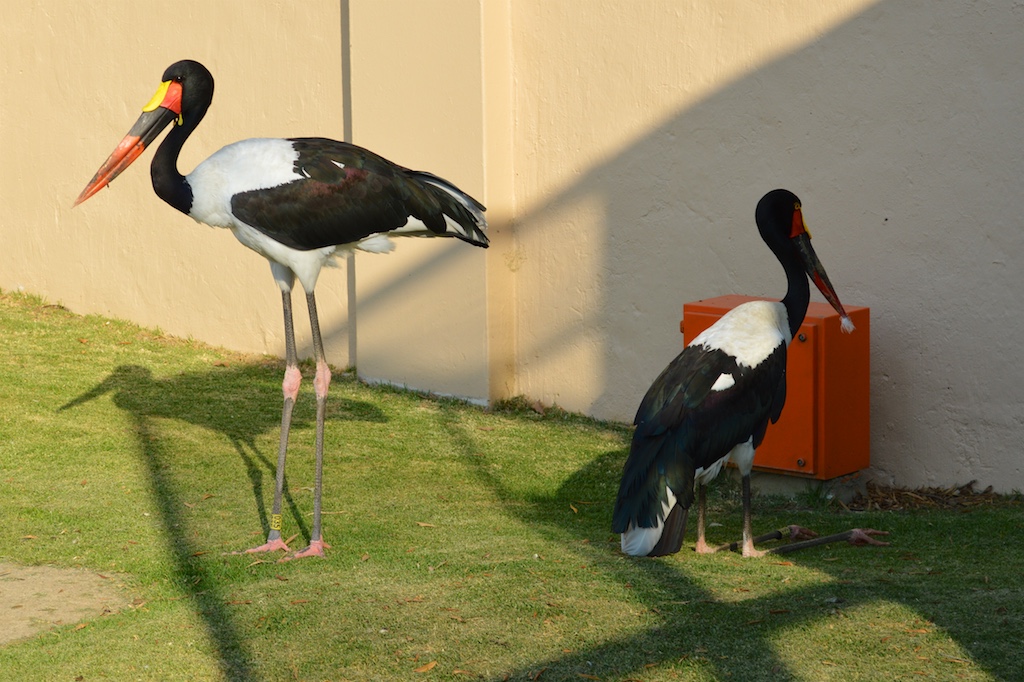 In total, I spent about three hours at the Montecasino Bird Gardens. It was a great little park and a wonderful way to kill some time if you are bored in Johannesburg. If you go, make sure that you catch their informative and entertaining bird show. While walking around I noticed a strong affinity between the Montecasino Bird Gardens and the San Diego Zoo Safari Park. It must have been the bird show, cycads, aloes, various bird exhibits and the Lorikeet Aviary providing the similarities. It couldn’t have been because I was homesick, as I was only three days into my month-long trip.