One of the main reasons I started my blog was to introduce new plants to people and hopefully give them a few more brushes from which to paint their landscape. Back in the spring of 2007 I was lucky enough to purchase my first Meryta balansae. At the time no one was known to be growing this plant outside in California, so when Leon at XOTX Nursery had them for sale I grabbed some. They were not cheap but my aversion to spending a lot of money on a plant lessens each time the seller uses the term “rare.” 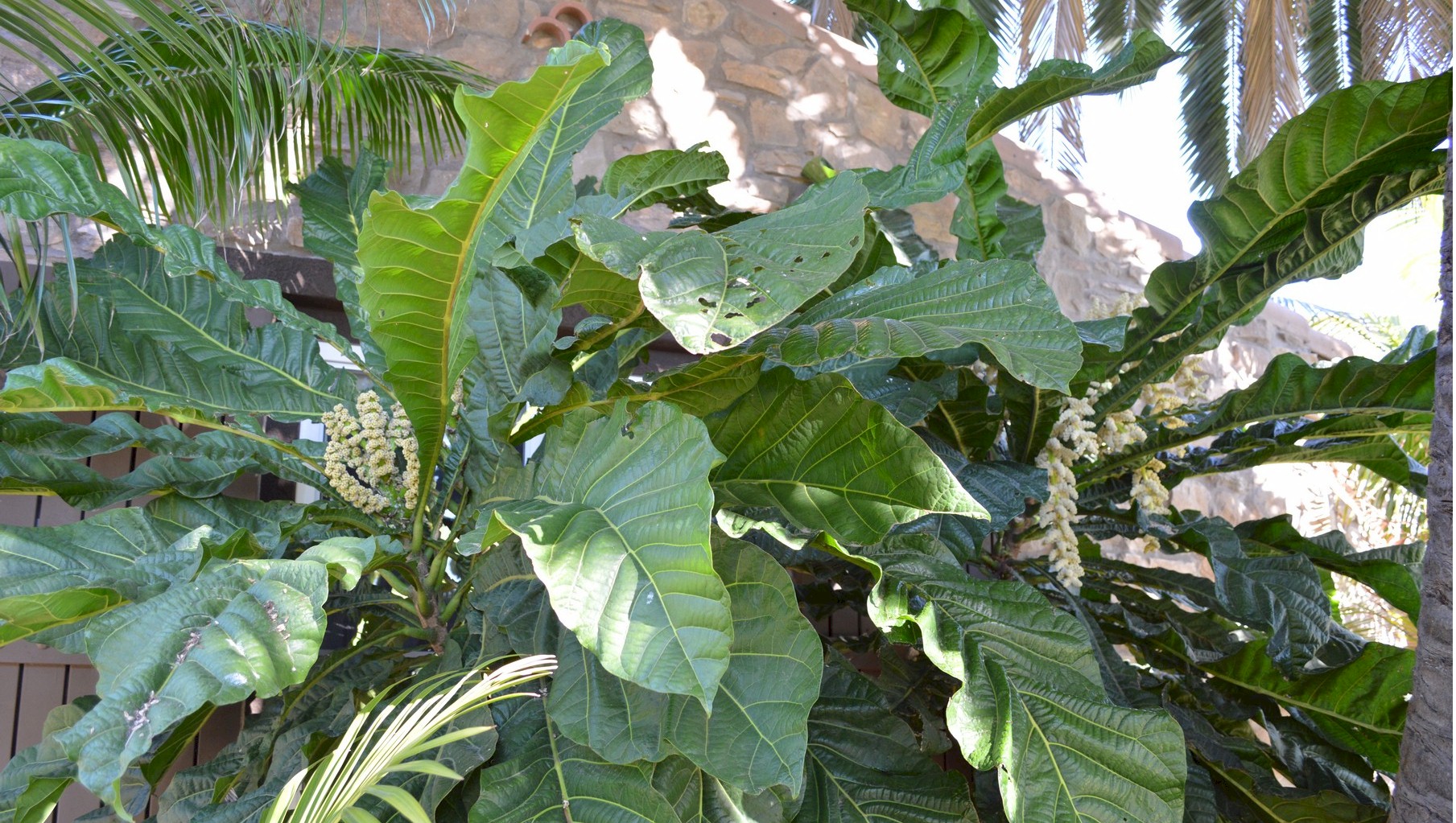 Meryta balansae is in the Araliaceae family and is native to rainforests on the island of New Caledonia. At the time little was known about the plant aside from a few pictures online or some information from a French website. I grew mine for a year in my greenhouse and planted one out under the canopy of a Canary Palm. After one successful year in the ground I decided to plant my other two. Two years later my largest produced its first flower. It was a male. The following spring the second of the three flowered and it too was a male. Luck would have it my third plant flowered in December of 2010 and it was a female. With one of the male plants flowering I was able to pollinate the female flower and a few months later I would have thousands of seed available. After which I made these plants available online, and with buyers from Florida, Arizona, and all over California, about 100 plants have been dispersed (not to mention thousands of seed sent to Rare Palm Seeds). So I think it’s fair to say this plant will become much more readily available in the coming years. 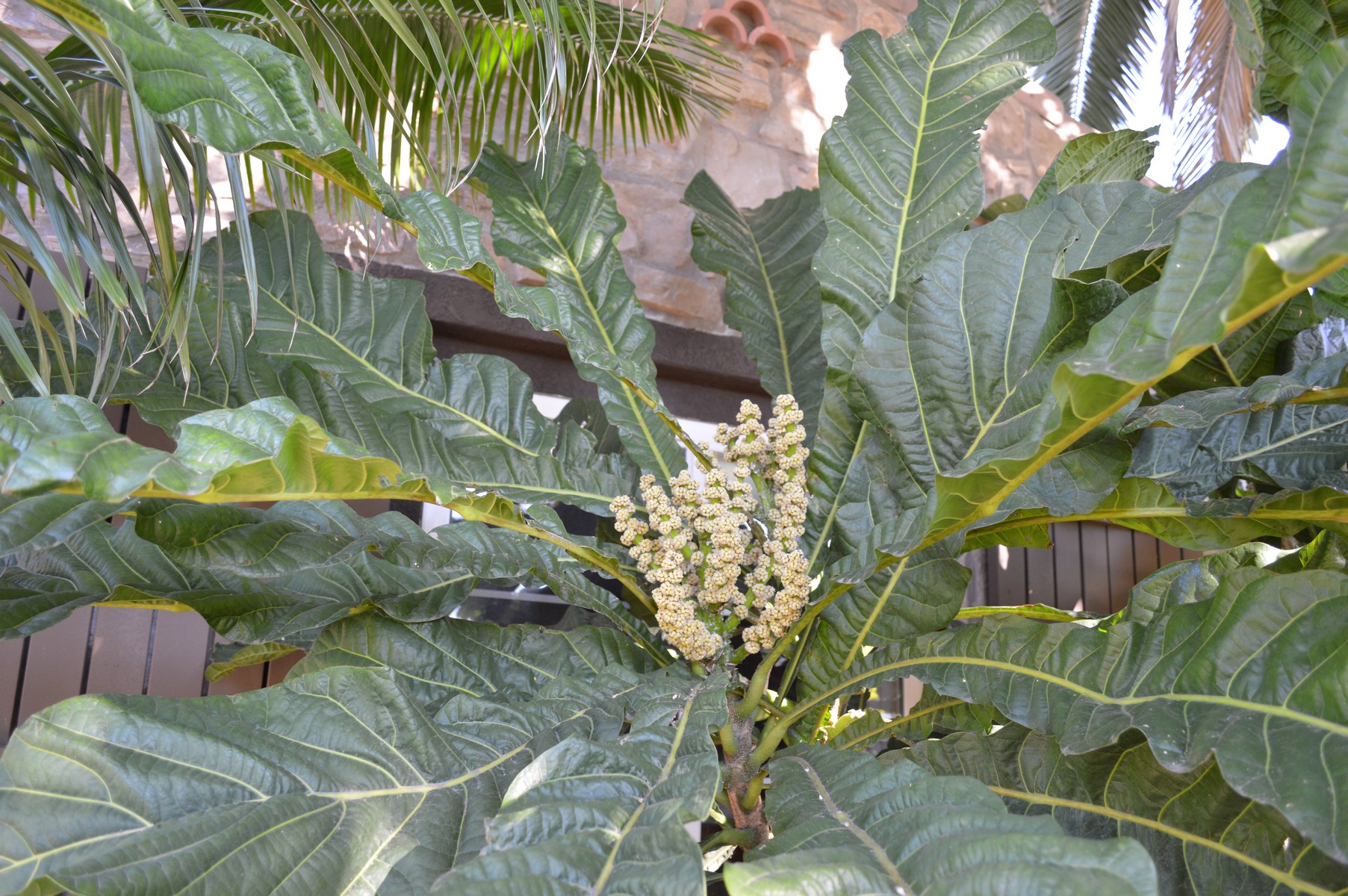 Like most plants from New Caledonia, Meryta balansae is not a fast growing plant. It likes to grow as an unbranched plant until it begins to flower, at which stage it will divide—usually into two growing points. If the growing point is damaged on small plants, they will branch from below and in some cases grow considerably, to the point you will need to cut out some growth. Meryta balansae likes good-draining soil with a lot of organic matter. It also likes a lot of water and would prefer to start out in shade. It will grow into and handle sun once well rooted in. The leaves on the plant are the real selling point for me. The ornamental leaves are very large for the size of the trunk and dark green when grown in shade. The largest leaf I recorded on one of my plants was measured at 5’6″ long and 16″ wide. 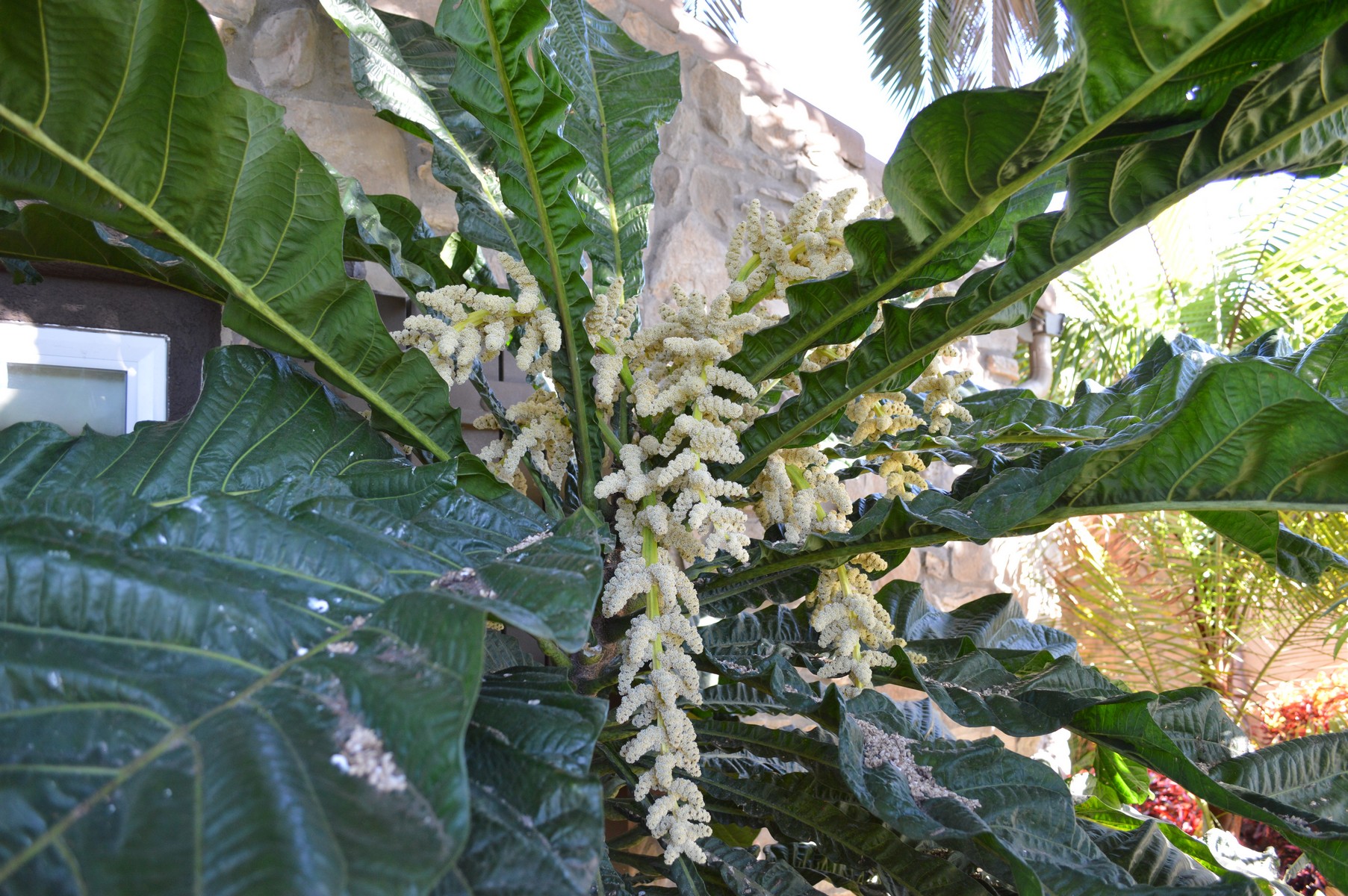 As I hinted earlier, Meryta balansae is a diecious plant. So you will need a male and a female plant in order to produce seed. The male flower is a rather attractive bright yellow color during the stage loaded with pollen like seen in the second photo above (female flower is in third photo). Once the flower is pollinated you will have viable seed in a few short months. If you wish to grow this plant from seed there are a few things you need to know. One: the fresher the seed the better the germination rates you will have. So sow the seed as soon as it comes off the tree for best results. Two: the plant requires high humidity until it has produced its first few leaves. Without high humidity the sprouts will die at the neck. Cultivating Meryta balansae does come with some difficultly. It will burn with the combo of full sun and low humidity. So I believe canopy is needed for it to look its best. The other issue you will find growing this plant is that it is a pest magnet. So if you do not use pesticides in your garden, I would not recommend this plant unless you have a lot of time on your hands. I have found that when grown in the greenhouse or inside, it will attract spider mites. Grown outside it will become a haven for whitefly and aphids. Once a year in the spring I use a neonicotinoid-based pesticide to keep pest free.

Meryta balansae is a beautiful plant and would add a tropical flair to any garden that doesn’t get yearly frost or regular freezes. I have had reports of it handling 30 degrees under canopy, so like many New Caledonian plants, it does have some cold tolerance. The eventual cultivated size and look this plant takes on is still many years away. So some more surprises might be waiting.