Here we are into the first half of June already. My kids are out of school and it has me asking, “Where has the year gone?” In the garden it is usually a time for a massive wake up call for many of my more tropical plants. However, this year I am actually a good month or two ahead of schedule thanks to the mild winter and warm spring. A more normal start of June would see Hibiscus begin to show their warm-weather blooms, spears on palm trees grow twice as fast and the first cycad flushes of the year start to show themselves. This oddball year we have some plants showing extremely early bloom times, which has really thrown off my internal gardening clock.

In my garden I wouldn’t expect to see flowers on my Plumeria until July. Under normal winter circumstance the flower cluster would rot off after a few cold nights dipping below 40 degrees. This year a few flower clusters made it through the winter. The result is that I have two plumerias showing early bloom times. The first is one of my Plumeria rubra’s and the second is my Plumeria obtuse (Dwarf Singapore Pink). What a treat to have these beauties flowering early! 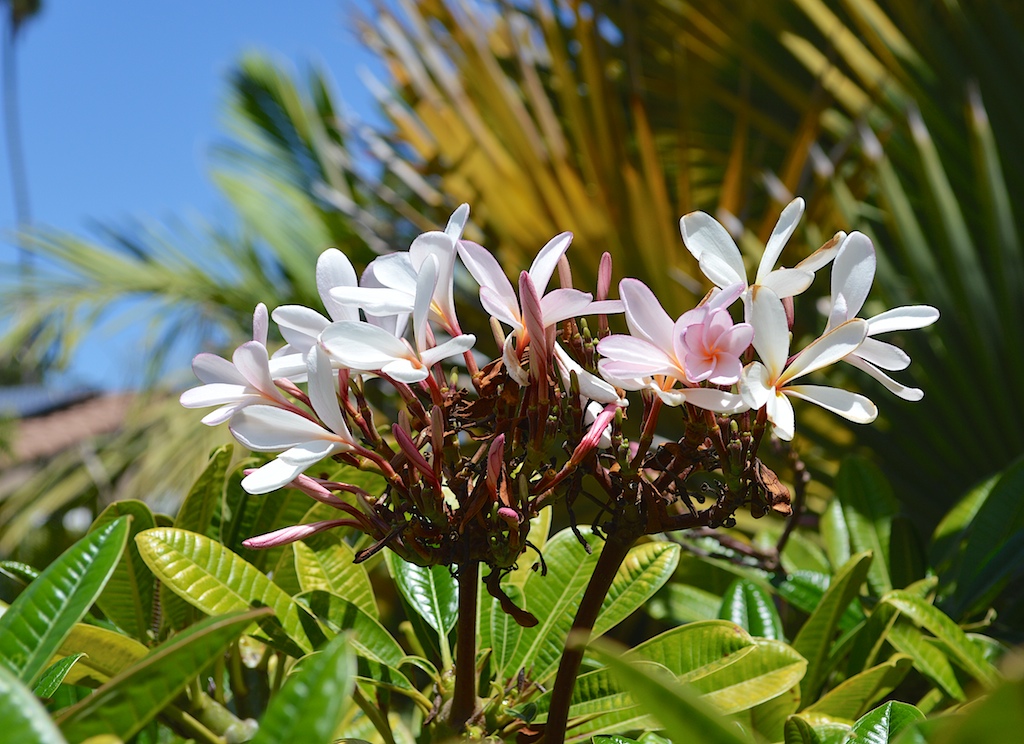 A bad picture of the flower, but my Waterlily (Pink Grapefruit) decided to bloom early thanks to the warmer-than-normal water temperature in my koi pond. But as you can see, so has the algae.

Outside my garden things are even more out of whack with early bloom times. I have noticed it mostly with three flowering trees. Albizia julibrissin, Cassia leptophylla and Lagerstroemia indica.

Albizia julibrissin usually blooms towards the end of June. I love this tree for the nice umbrella of canopy it naturally wants to provide. However, it will not be planted in my garden as I do not like that it is deciduous and seems to drop its leaves quite early in winter.  This one is really putting on quite the display and shows why so many people love this tree all over the world.

Cassia leptophylla (Gold Medallion Tree) is a shapely and graceful street tree that has really become popular in Southern California the last few decades. While it cannot rival its sister Cassia fistula in terms of pure beauty, it at least can handle the dry air and cool winters where the Golden Shower Tree struggles. The Gold Medallion Tree usually is seen flowering in July. These two below are a full month or more ahead of schedule. The first tree below looks a little anemic and isn’t showing the dark green leaves the tree should have. However, this tree is blooming like I have never seen before in Southern California. The second photo shows what is more commonly seen with blooming on Cassia leptophylla.

The last tree and the one I am most impressed with in terms of early bloom times is Lagerstroemia indica (Crape Myrtle). Crape Myrtles are likely the most popular tree planted around San Diego. Their appeal comes in part from the fact they flower in pretty much every color of the rainbow and that once established they are quite drought-tolerant. Here in San Diego typical bloom time is July through September, with peak flowering coming in August. These early bloomers were located by driving around some neighborhoods here in Vista. It just doesn’t feel right seeing these trees bloom in early June. One would have to imagine these will re-bloom later this year. 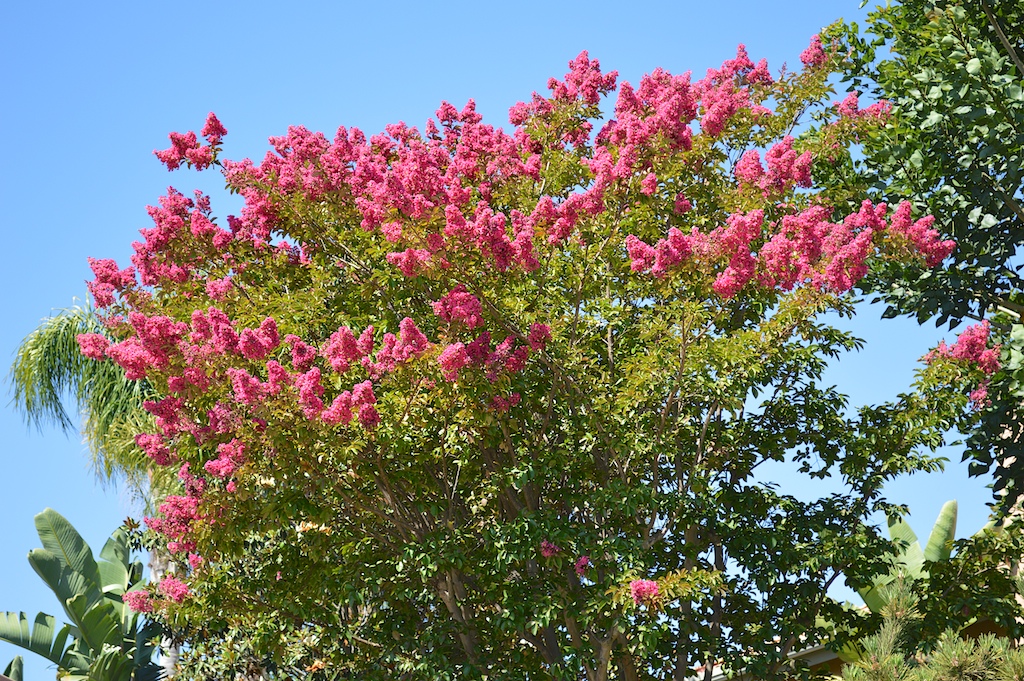 To drive home the point that we are seeing something greatly outside the norm, the other day I went and visited a friend of mine, Mardy Darian. Mardy is a long-time plant lover, palm tree collecting legend, and fellow Vista, California, resident. He told me that in the over 40 years he has lived at his 3-acre garden, he could not recall a crazier year of weather. With the report that there is an 80% chance of El Nino hitting this winter, it seems like this “crazy” trend will only continue.  It will be interesting to see how all our plants do with a really good soaking and another warmer-than-average winter.