Even though I was born in California, I didn’t return to live full time until 1997. So my personal historical data only goes back so far. But I can tell you I have never experienced a winter such as this in my short time being a Southern California resident. Winter gardening in California started off with the fear of a freeze at the beginning of December. My 5-day forecast showed 30 degrees as a possible low. Thanks to some late changes in the southern jets I was spared the freeze that hit farther north. I only recorded 38 in my coldest part of the yard. Within days the warm weather set in Southern California while the rest of the United States was learning about a tentacle of cold air outbreak slipping south thanks to high-pressure systems over Alaska and Greenland, which caused a shift in the Jet Stream and moved south over the central part of the continent. Wait. That’s confusing. Let’s give it a name that the media can sensationalize. Let’s go with… “Polar Vortex.” Once the warm weather arrived, it refused to leave, producing the mildest winter I remember. And the best part is that according to the 10-day forecast, it doesn’t seem to want to leave anytime soon.

Now who can complain when you are able to work in the garden wearing shorts, a tank top and flip flops during what are usually the coldest two months of the year? Certainly not me. However, I am well aware that Mother Nature can be quite ill-mannered and she certainly will not allow all this good fortune without a price. So what is her master plan? Drought? This seems the most likely payback. Southern California is well below our average rainfall numbers at this time of year and no rain is in the forecast through the remainder of January. But can that really be it? We have had worse droughts before. Perhaps she is planning a late-season cold spell that brings with it frost to burn off all the new growth on plants that you usually don’t see until later in the season. A late-season freeze could set us back a month while plants recover. Will we see massive late-season rains that bring erosion and flooding? Perhaps I am simply being an alarmist. Maybe she is really just apologizing for the winter of 2007?

In the end we must all realize that Mother Nature does not offer freebies. The fact my Tabebuia species is flowering as we speak and not in March like normal has me a little on edge. So whatever she comes up with, we most likely owed her. In the mean time for my Winter gardening in California I will be heading back out to garden in my shorts and tank top. 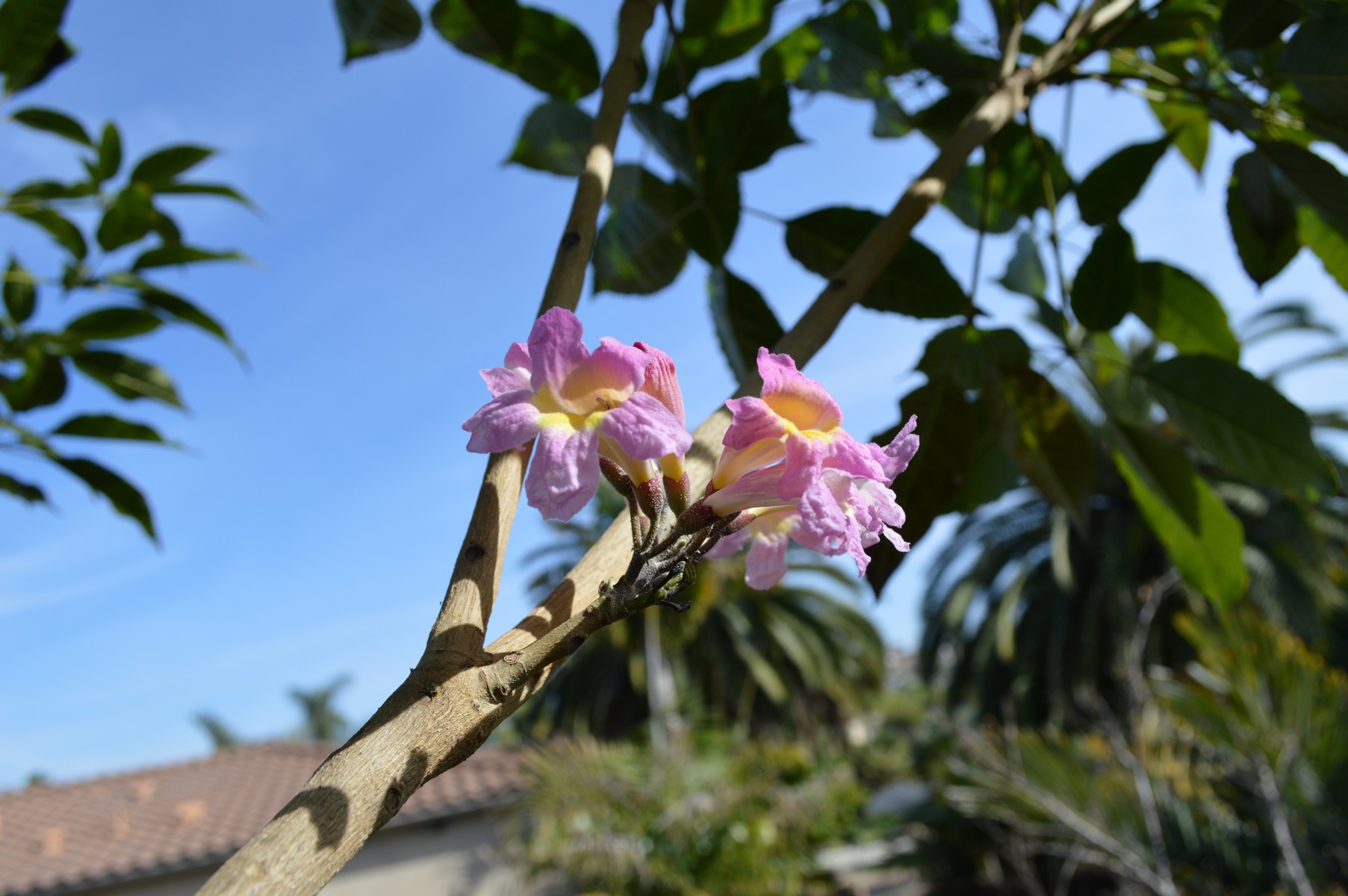