It is not very often that we get cloudy days like most have been this week. In fact, statistically there are 258 sunny days per year in Vista, California, where I live. Thirty-five days per year are what they call precipitation days. These infrequent cloudy days can prove beneficial, as it is the best time to photograph boutique agaves from above without having a shadow cast through the rosette somewhere. Why does this matter? Because for me looking down on an agave is one of the joys of growing them. A real gift provided by Mother nature; the leaf shapes, leaf imprints, the colors and the symmetry are truly remarkable. It is almost hypnotic in a way. Here are some of my favorites growing in the garden right now—shadow free. 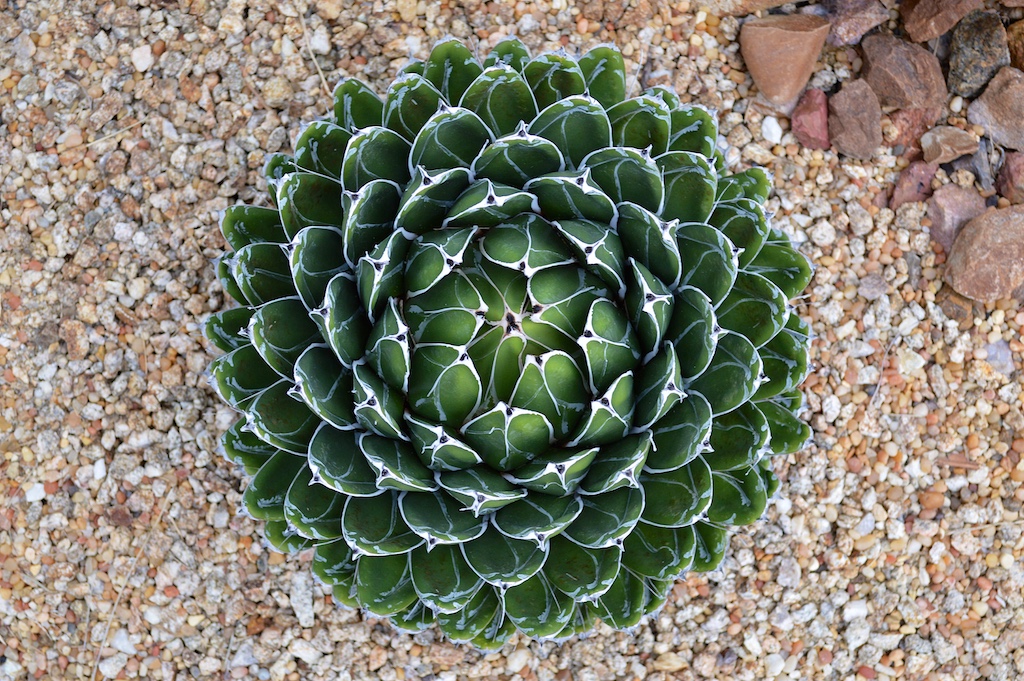 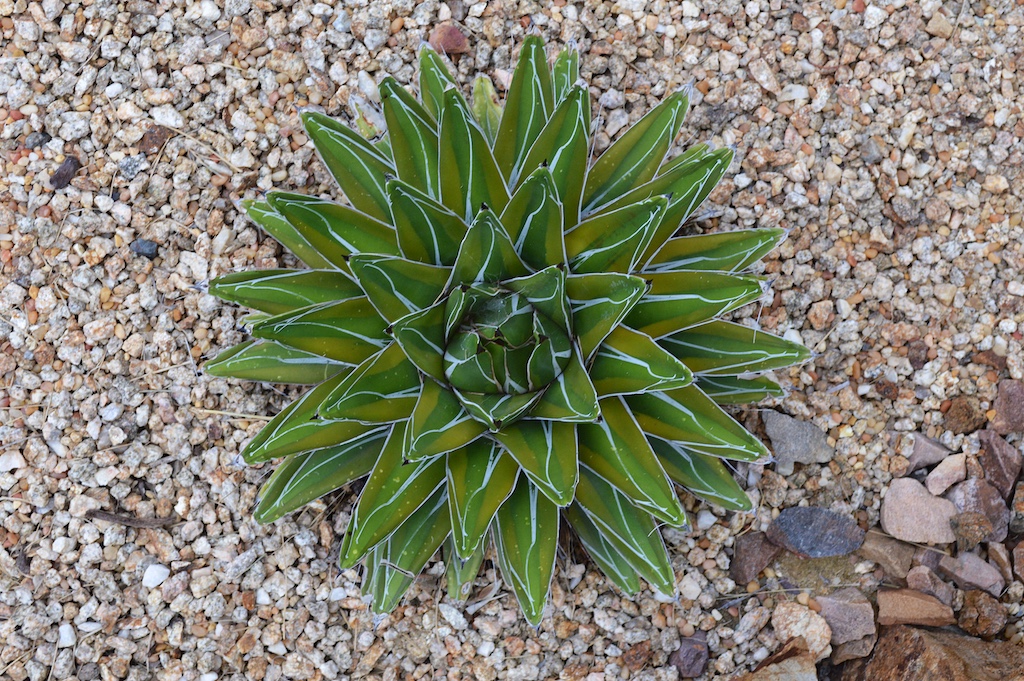 Agave nickelsiae. Once called Agave ferdinandi-regis, Agave nickelsiae is closely related to, and by some botanists grouped into, Agave victoriae-reginae. 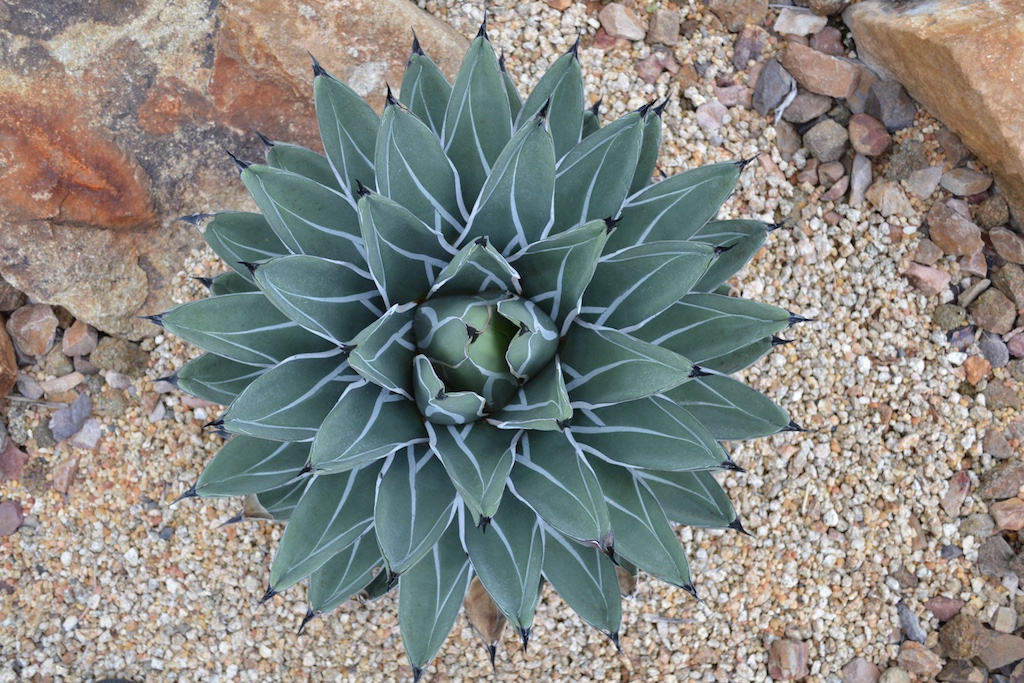 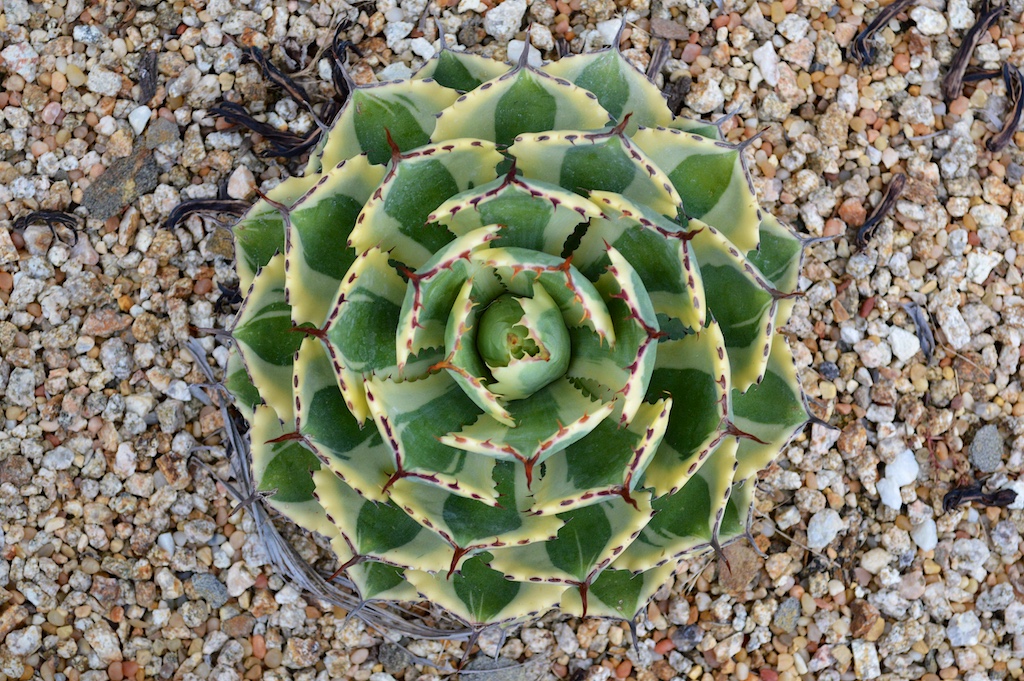 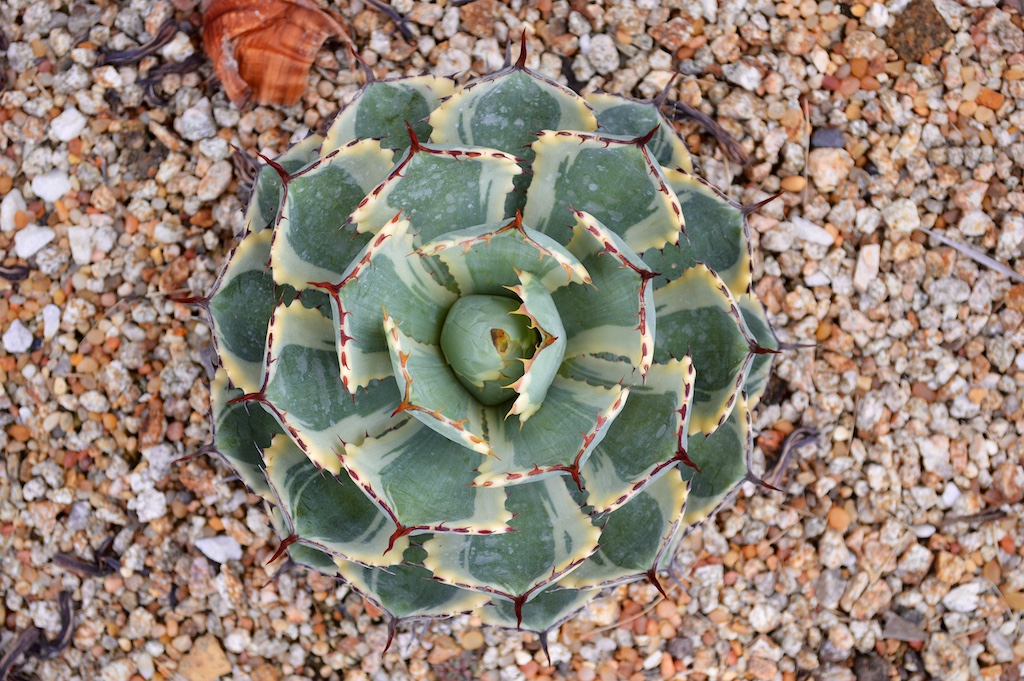 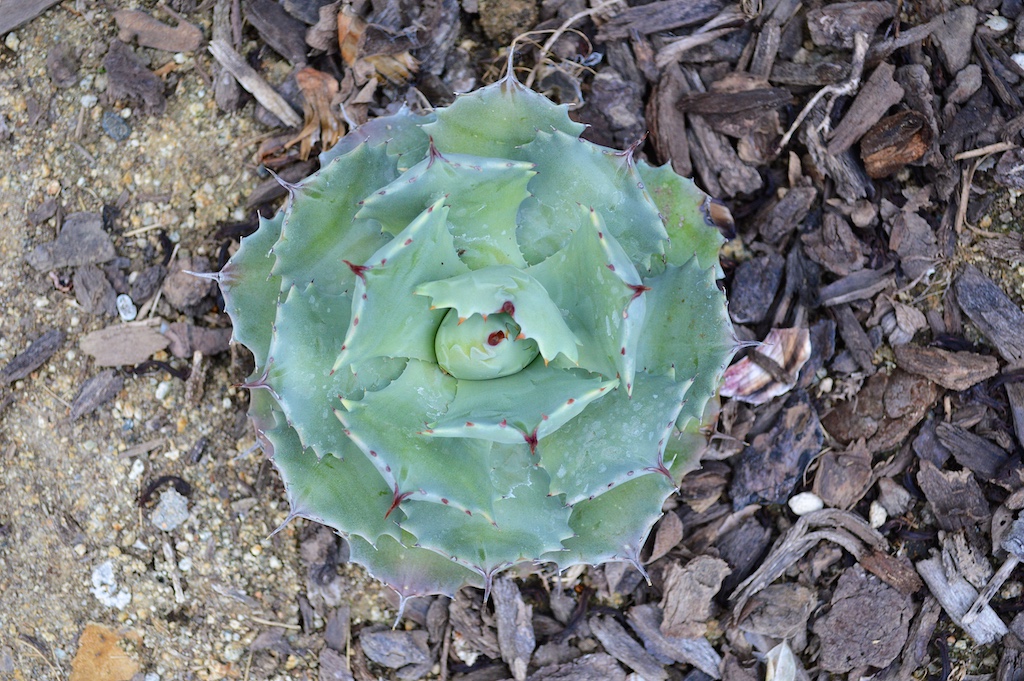 Agave pumila. This is a slow growing agave with unique juvenile leaves. 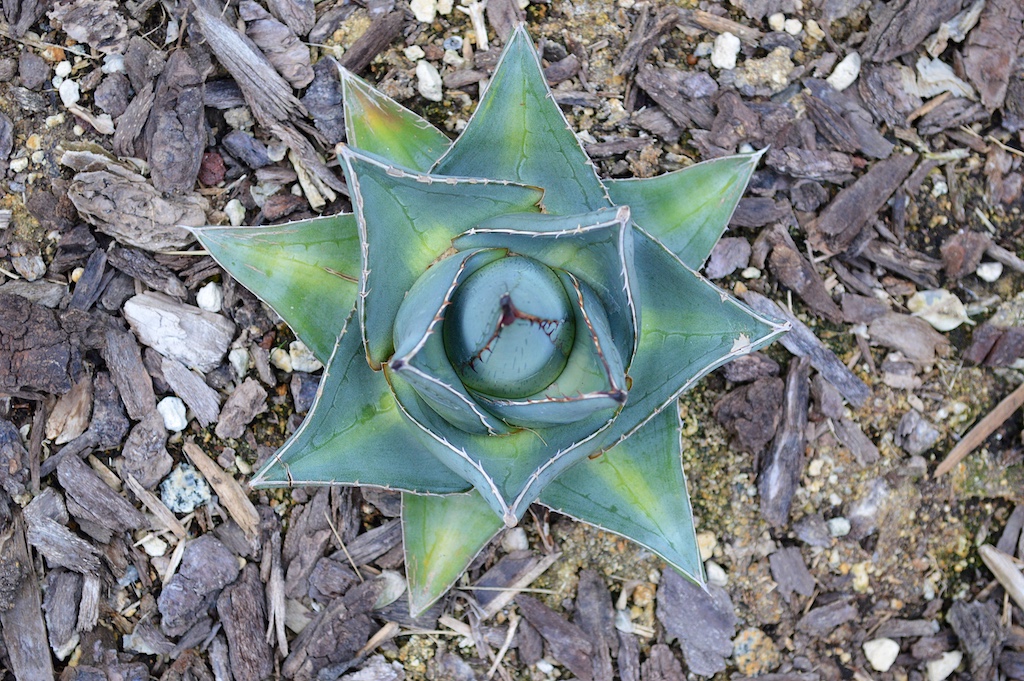 Agave filifera ssp. schidigera ‘Shira ito no Ohi.’.Quite the mouthful. “Shira ito no Ohi” is Japanese for “Queen Of White Thread.” Can you see why this attractive agave garnered that name? 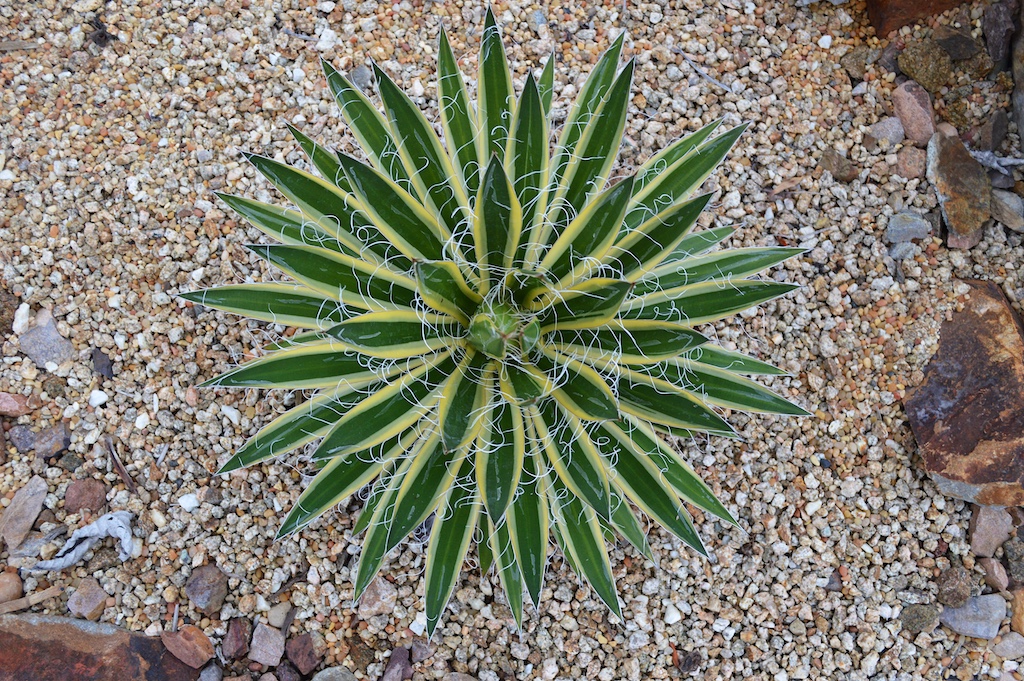 Agave ocahui. This agave is one of the more cold tolerant of the genus, handling 15 degrees Fahrenheit. It is also a favorite to use in hybridizing with other boutique agaves. An example of one such cross is found below. 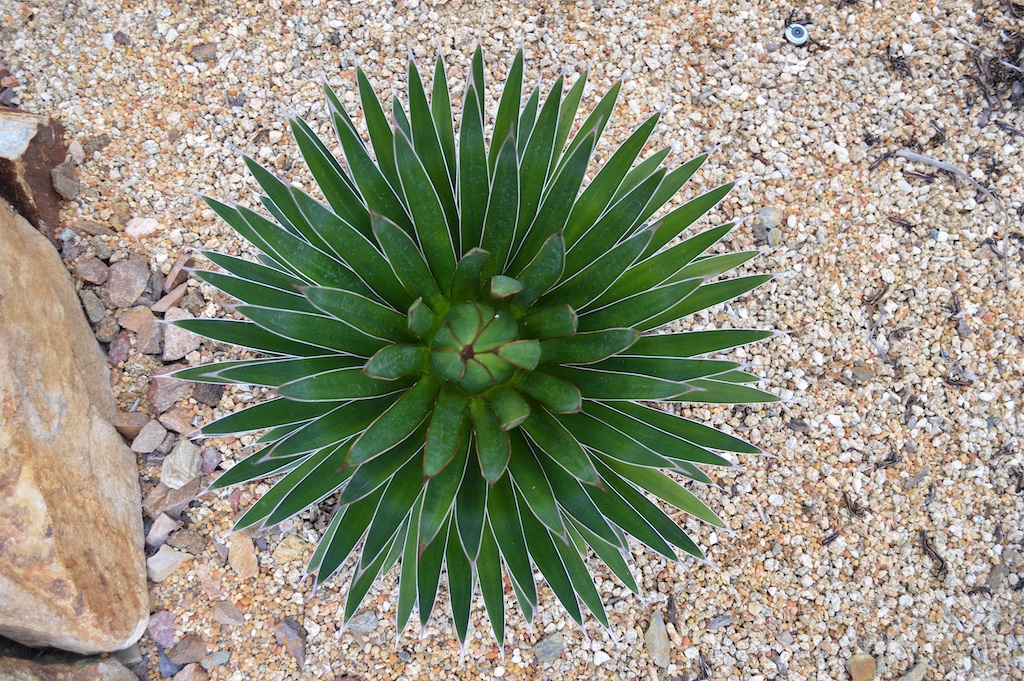 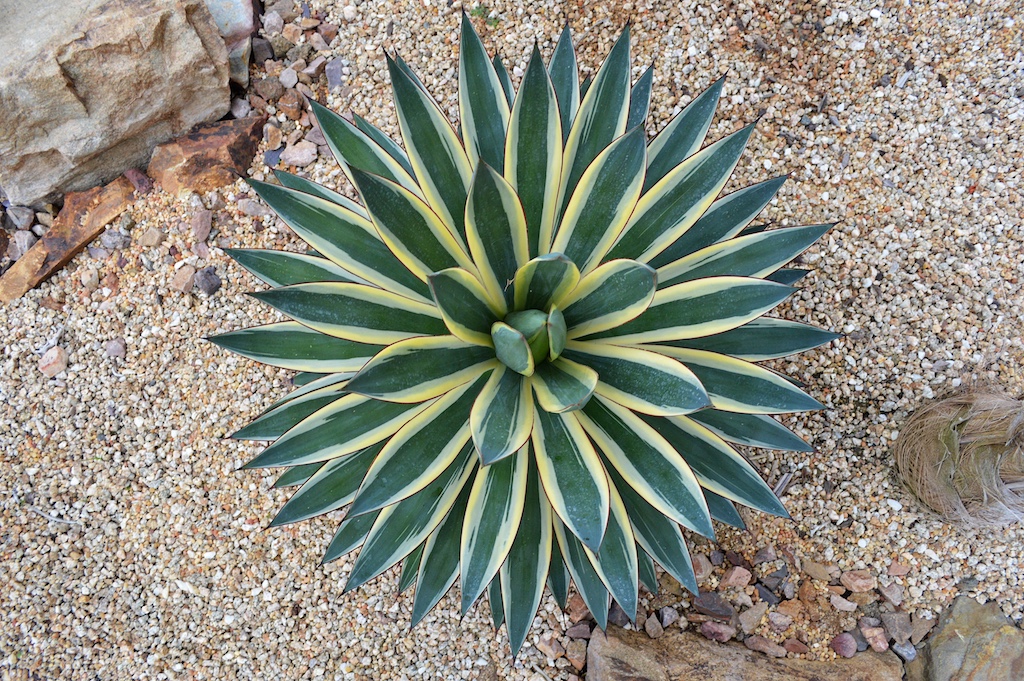 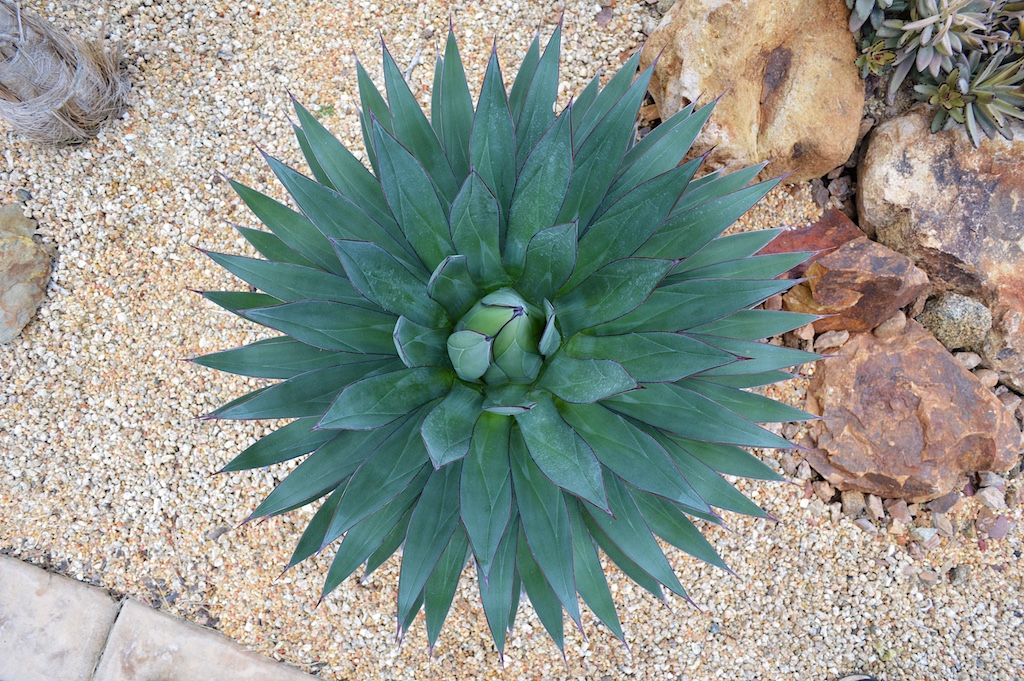 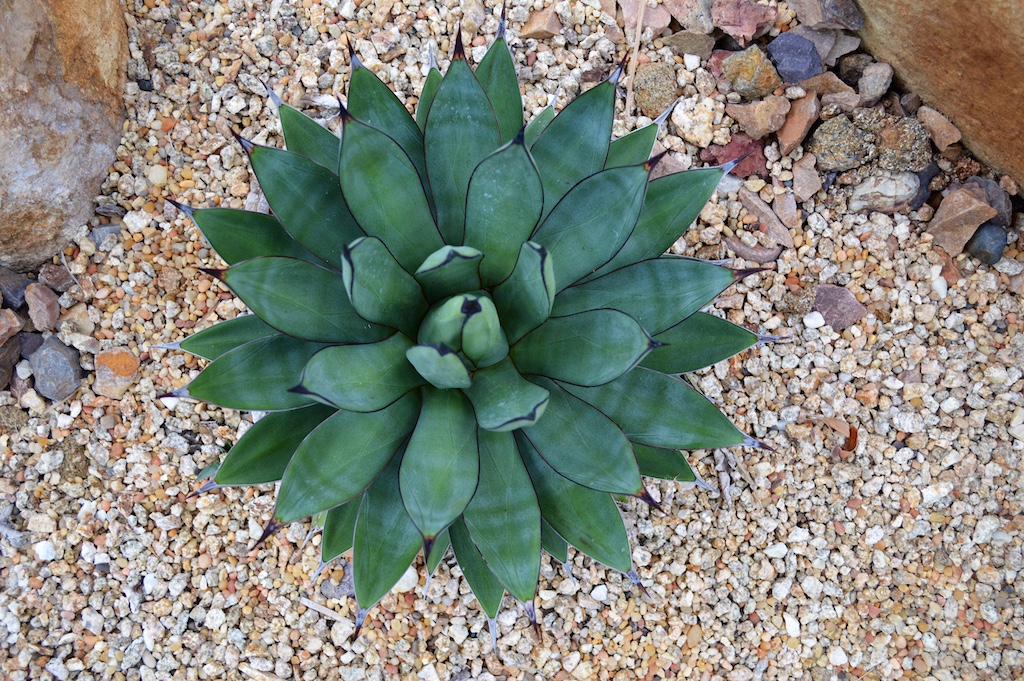 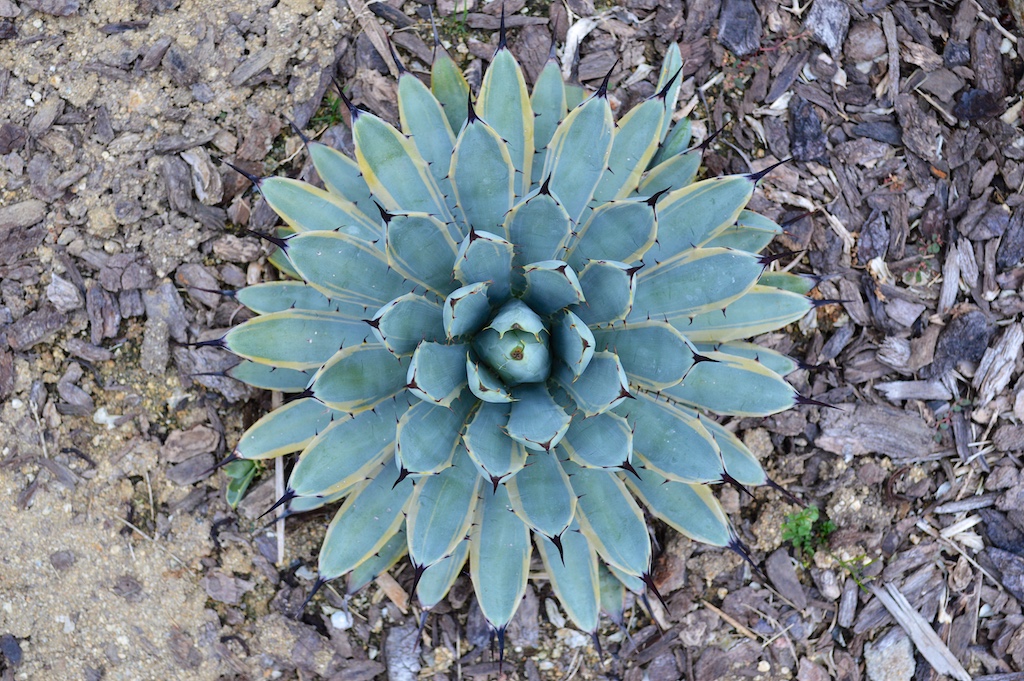 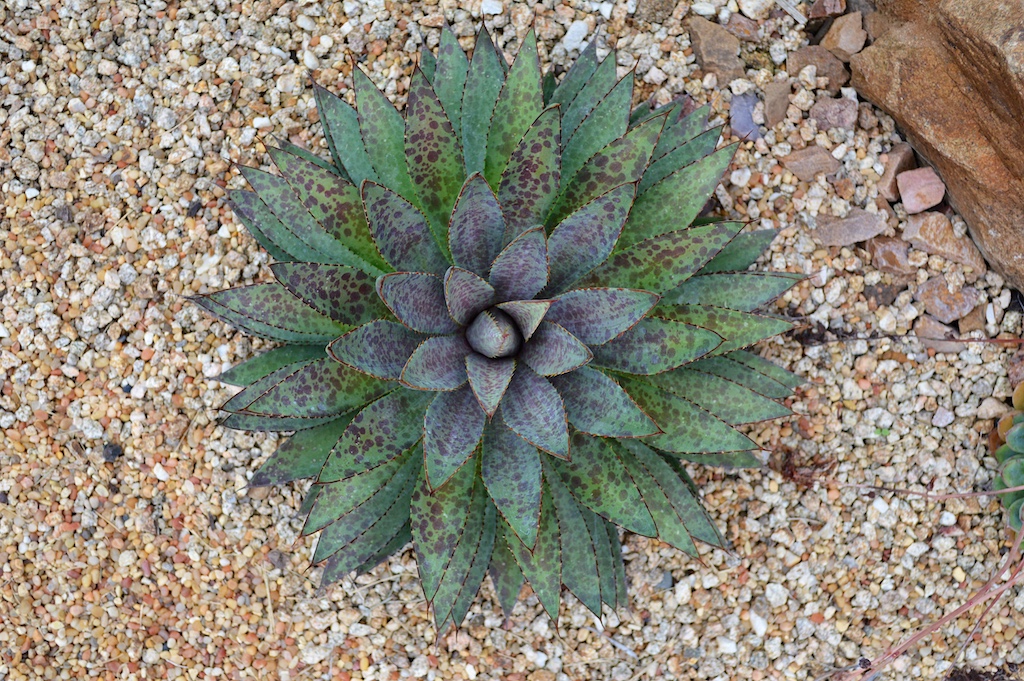 A little over a year ago I blogged about the changes I made to my boutique agave planter. One of the things I love about these small agaves so much is that most are slow growers and most do not offset profusely like many of the larger growing agaves. I can create a garden area that after five years will still look quite similar to when I first planted it out. This allows me to use my valuable free time in other parts of the garden that require much more maintenance. 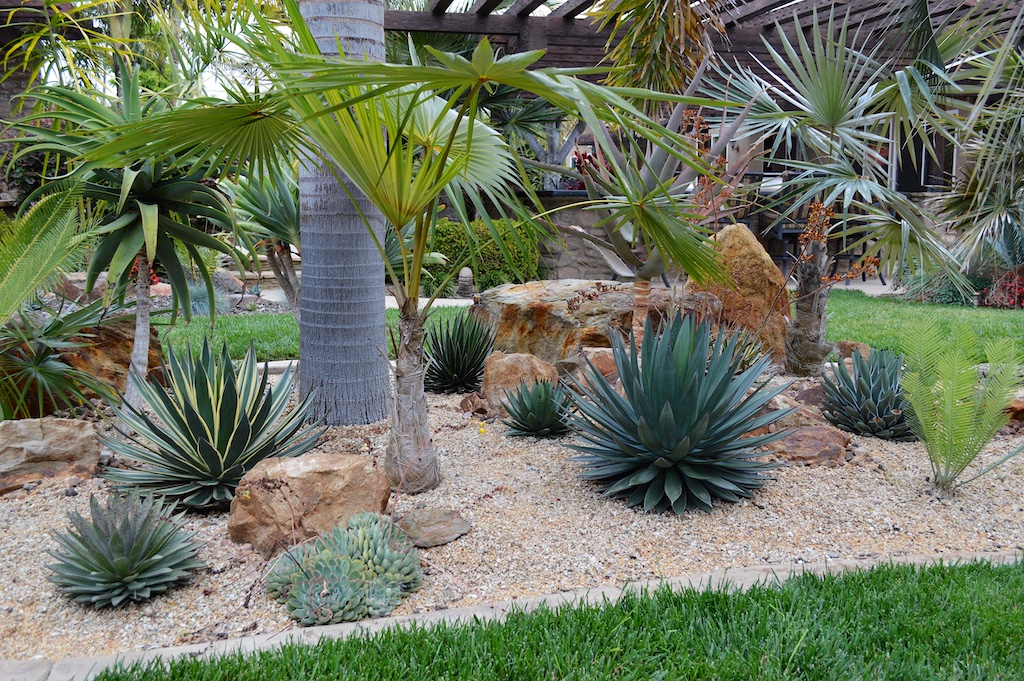 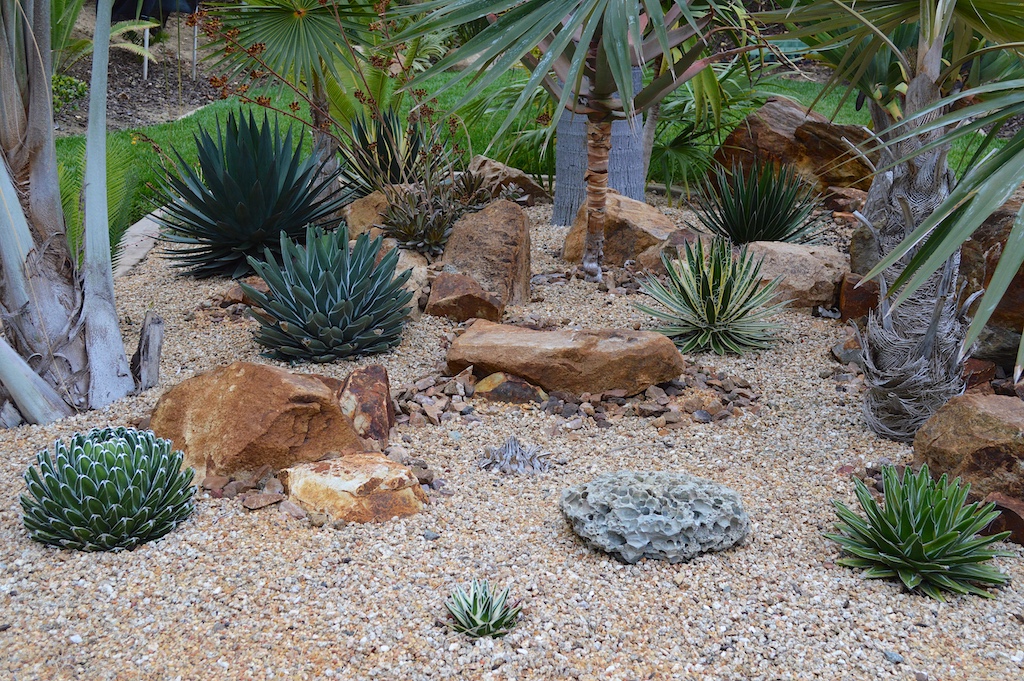 It is tough to beat a rock garden scene mixed in with agaves and aloes. 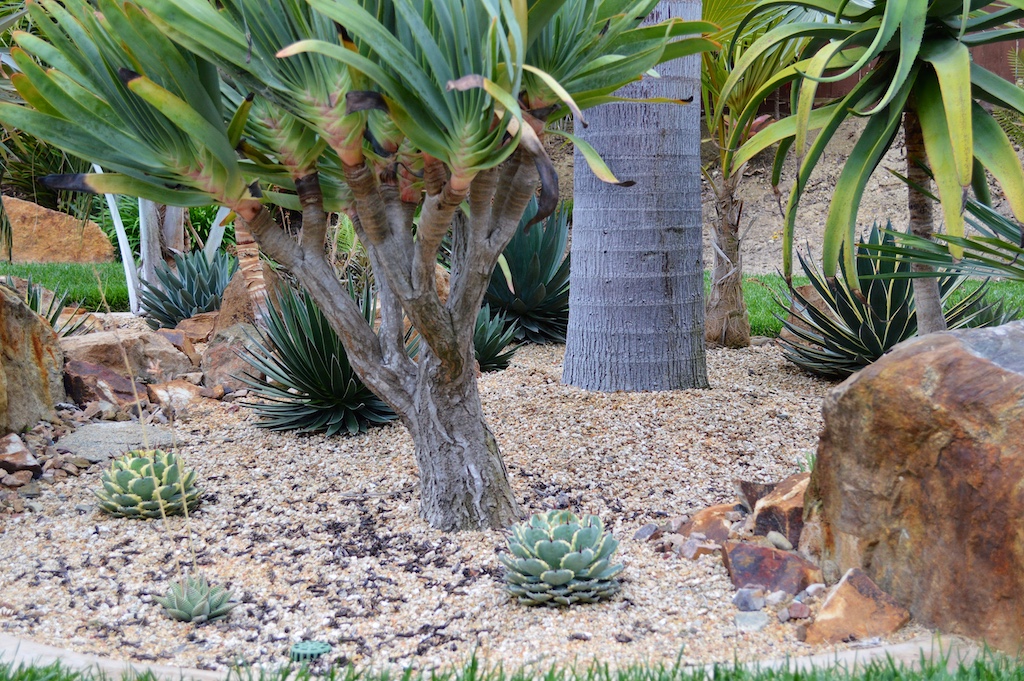